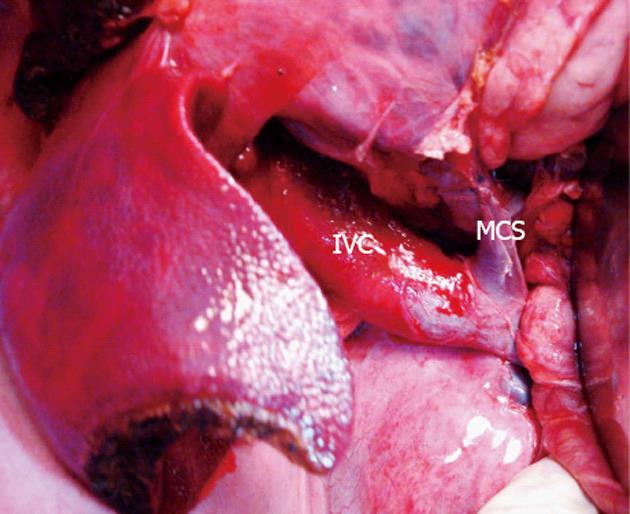 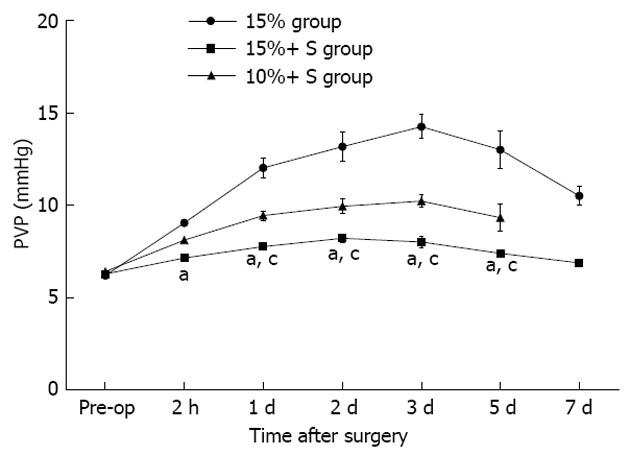 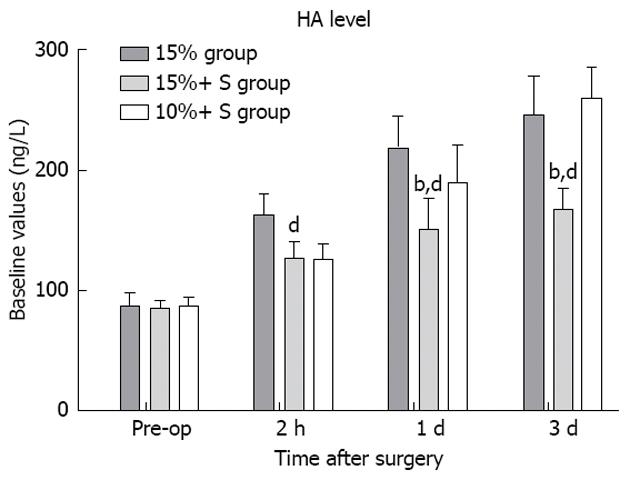 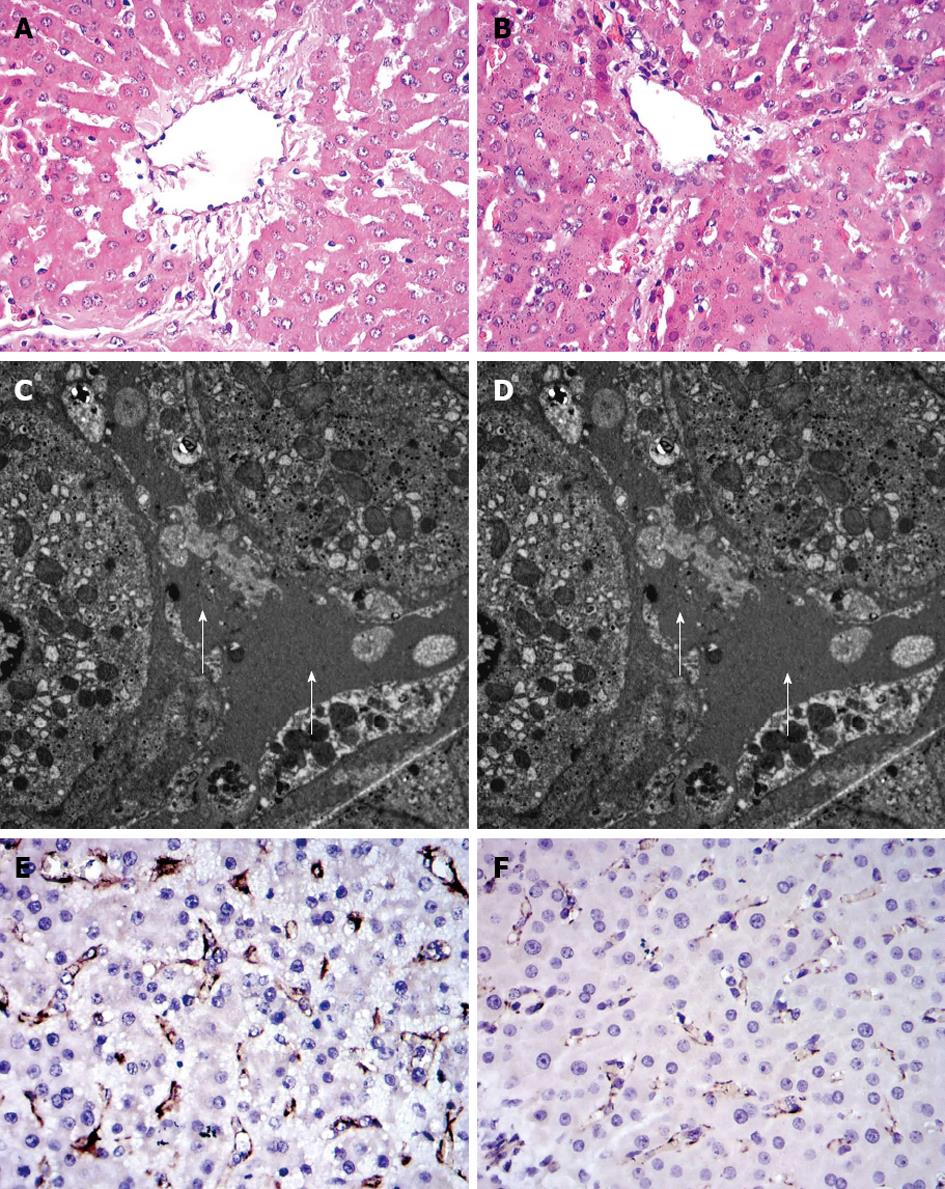 Figure 4 The histological changes in tissue samples were taken at 1 h post-hepatectomy in the three groups. Hematoxylin and eosin (magnification × 400); Transmission electron microscopy (magnification × 6000) and CD31 immunohistochemical staining in the three groups. In the 15% group, there was significant endothelial denudation, sinusoidal dilation, hydropic changes in hepatocytes, and hemorrhage into the perivenular connective tissue (A); the sinusoidal endothelial lining was slightly damaged and detached into the sinusoidal space, with enlargement of the Disse’s spaces (C, arrow); CD31 immunostaining also revealed destruction of the endothelial lining (E); whereas in the 15%+ S or 10%+ S group, there was no intraparenchymal hemorrhage present (B); Transmission electron microscopy demonstrated the sinusoidal endothelial cells, and the structure of the endothelial lining can also be seen (arrow) (D); CD31 immunostaining also revealed mild sinusoidal microarchitecture injury (F). 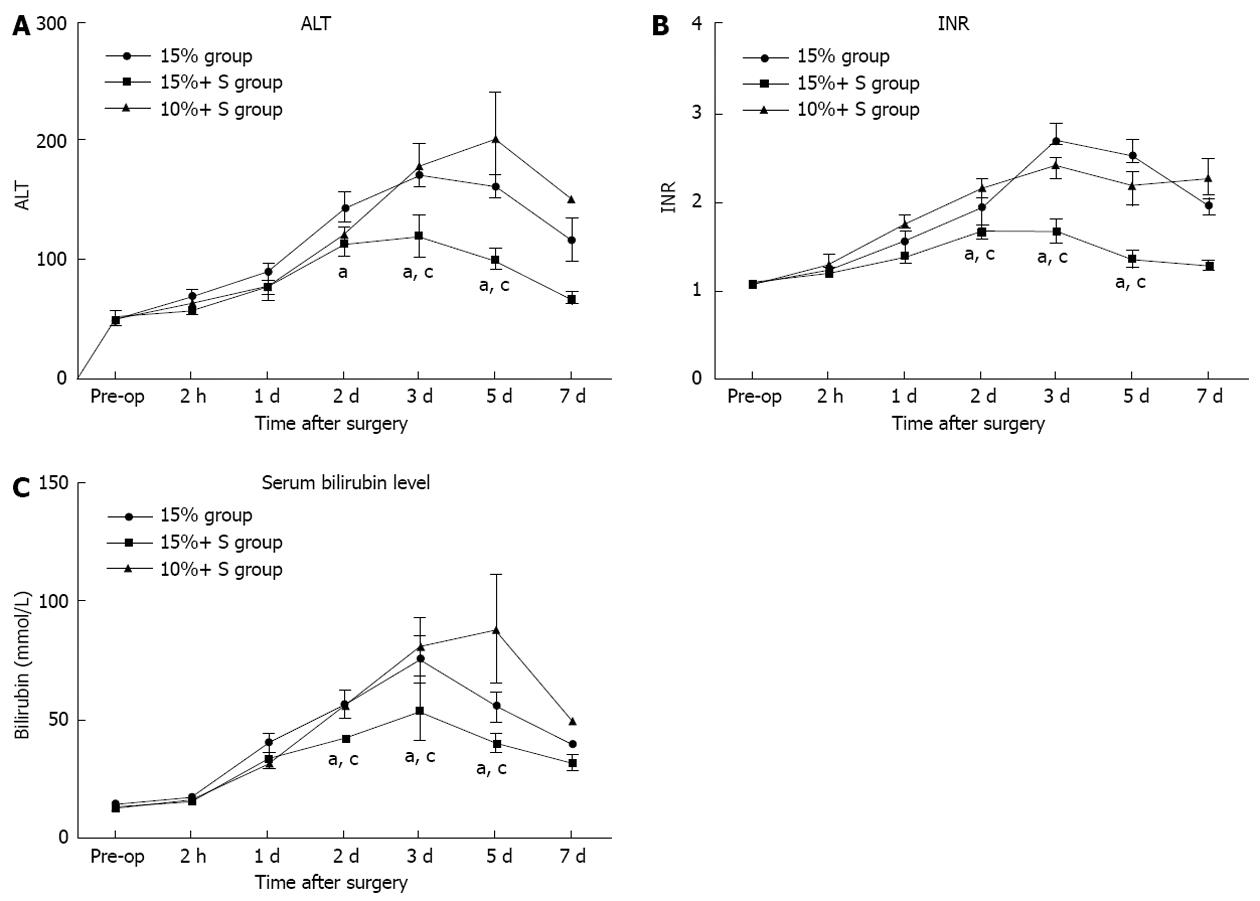 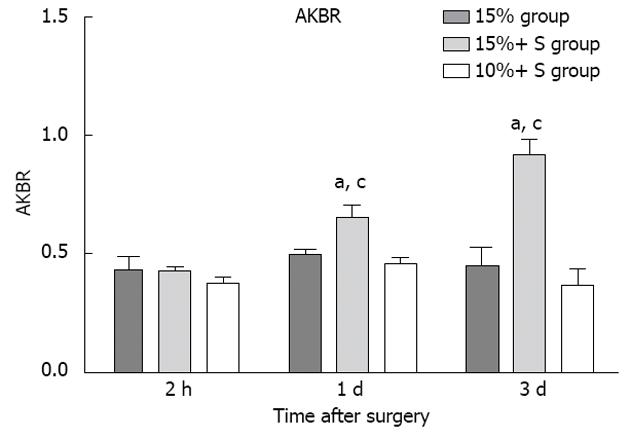 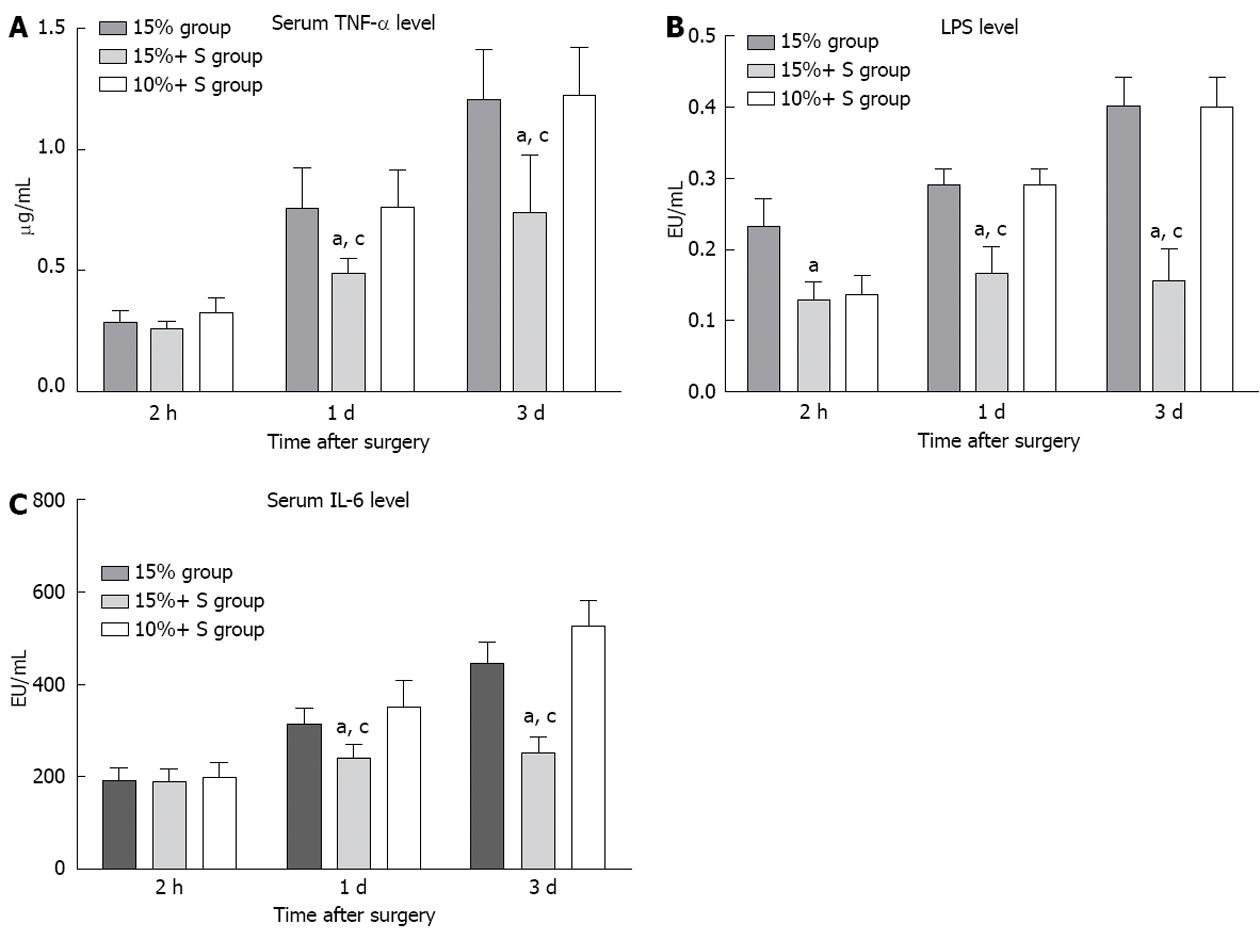