Figure 1 c-kit immunopositivity at the level of the myenteric plexus in ileal whole-mount preparations. A: In the sham-operated group, c-kit-positive cells were predominantly present at the myenteric plexus level; B: Compared with sham-operated tissues, the number and density of c-kit immunopositive cells were significantly decreased in the short bowel syndrome (SBS) 1W group; C: In the SBS2W group, the number of interstitial cells of Cajal had returned to normal levels. The arrows showed c-kit immunoexpression is positive (original magnification × 400). LM: Longitudinal muscle; CM: Circular muscle. 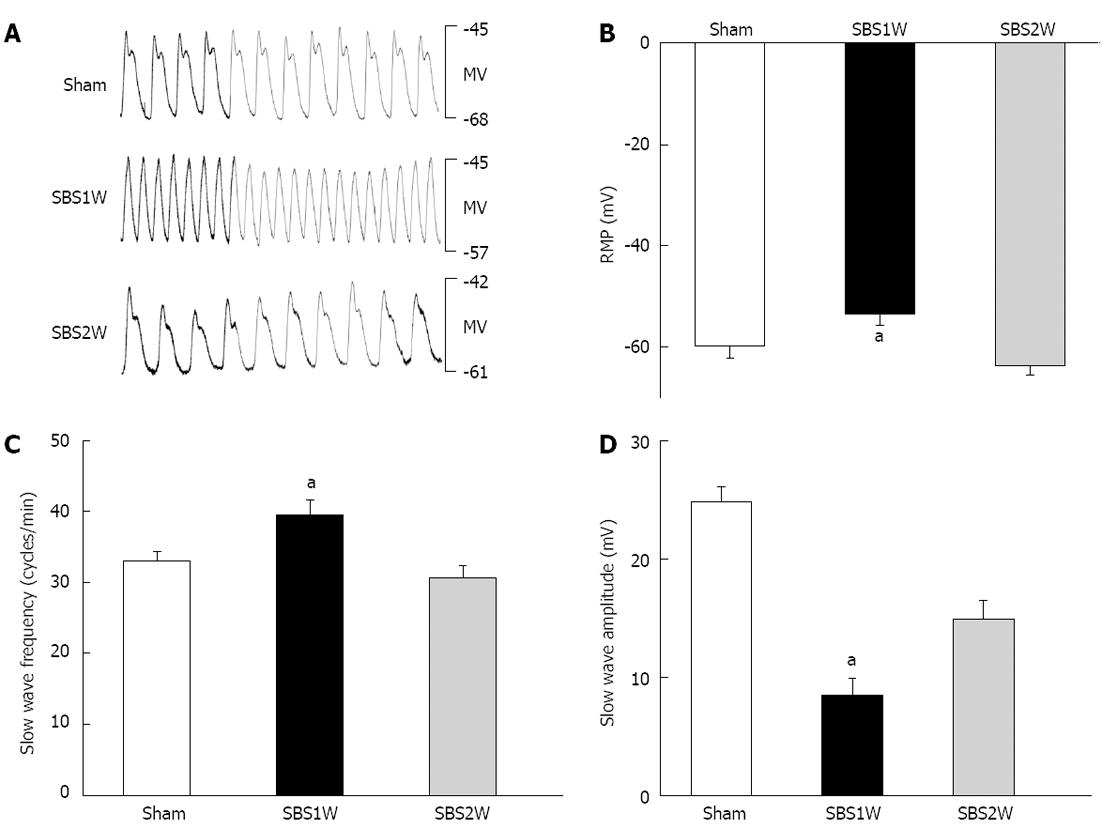 Figure 4 Changes in the expression profile of c-kit and membrane-bound stem cell factor in response to massive small bowel resection. A, C: The protein expression levels of c-kit and membrane-bound stem cell factor (mSCF) were downregulated in the first week after massive small bowel resection in the short bowel syndrome (SBS) 1W group and increased in the second week of the SBS2W group; B, D: Relative expression was determined by normalization to glyceraldehyde-3-phosphate dehydrogenase (GAPDH). aP < 0.05 vs sham group (n = 4).