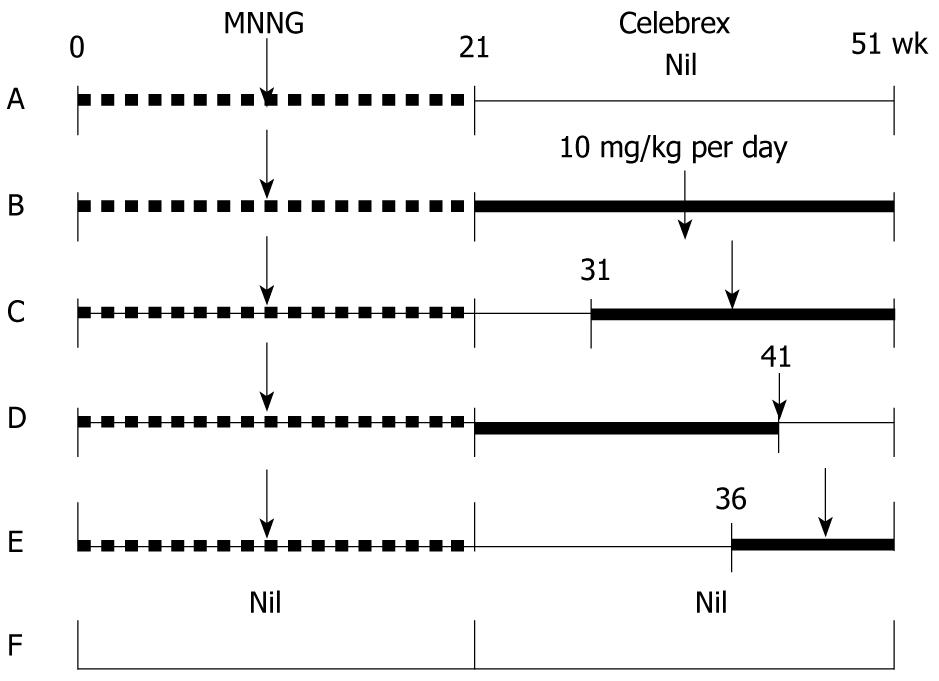 Figure 1 Design of the study. At the beginning of the experiment, gerbils were inoculated (i.g.) with H pylori (Grps A-E) or vehicle (Brucella broth; Grp F). Until the 21st week, the animals were given drinking water containing no Grp F (open bars) or 50 μg/mL MNNG (Grp A-E). All groups were then switched to distilled water and given a diet containing no drug (Grps A and F) or Celecoxib 10 mg/kg per day for 30 (Grp B), 20 (Grp C), 20 (Grp D) or 15 (Grp E) weeks. The gerbils were sacrificed at week 51. 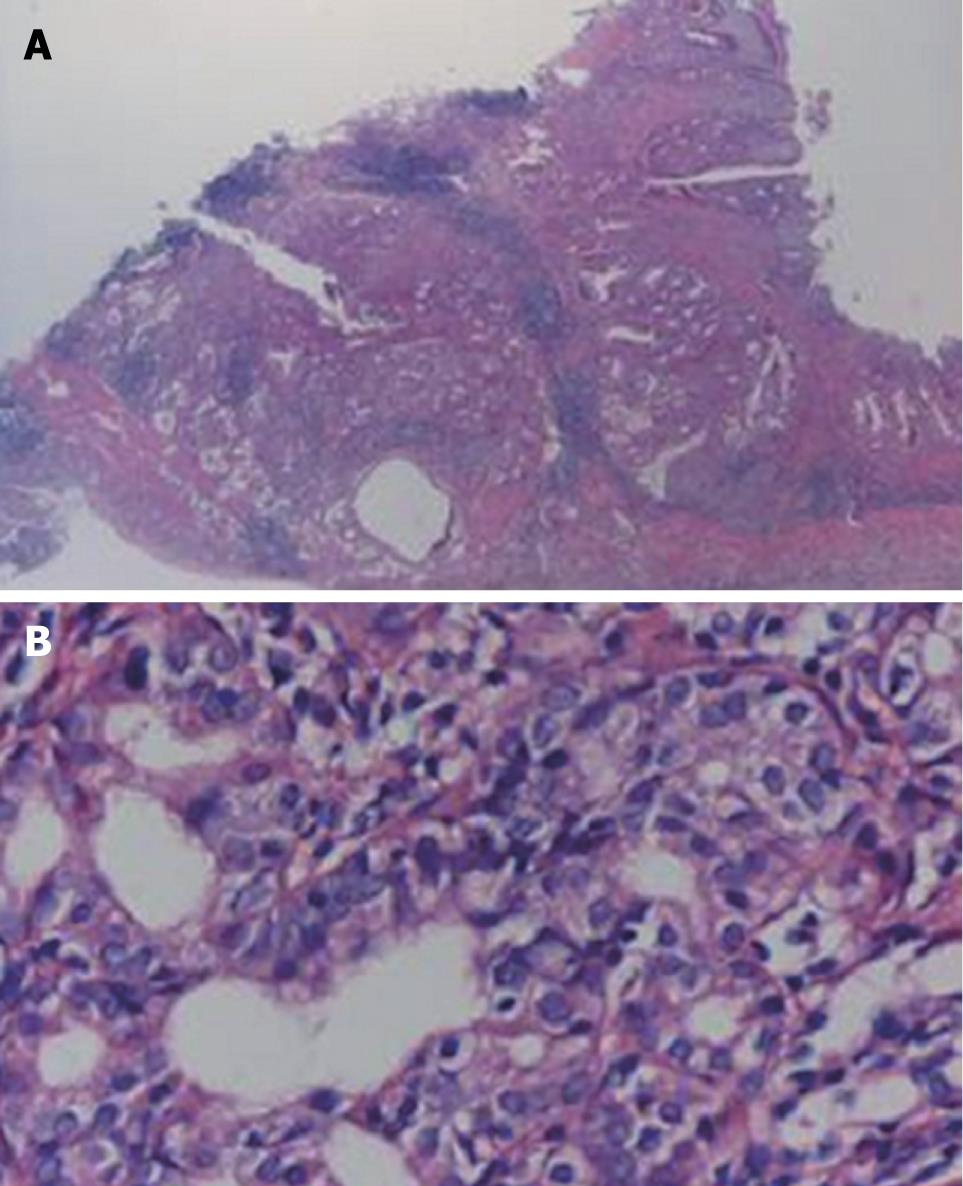 Figure 2 Typical adenocarcinoma in the pyloric mucosa of H pylori-infected MGs. Shown is a typical well-differentiated adenocarcinoma (A, B) stained with HE. Images were obtained at × 100 (A) and × 400 (B). 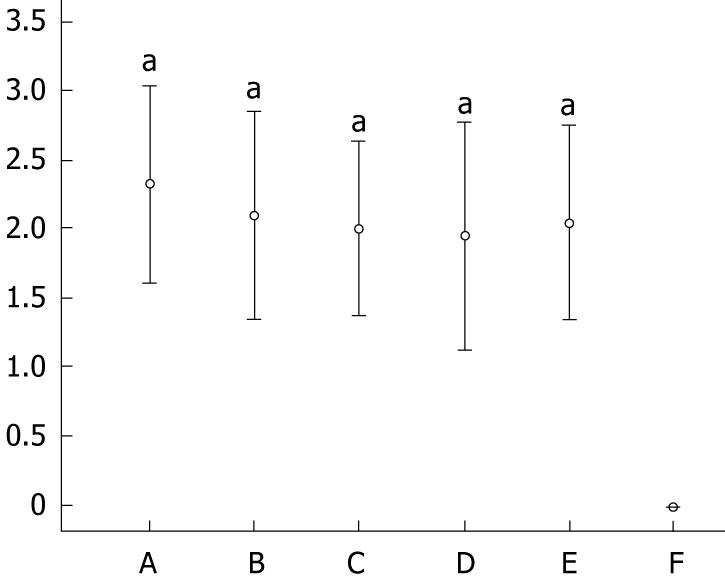 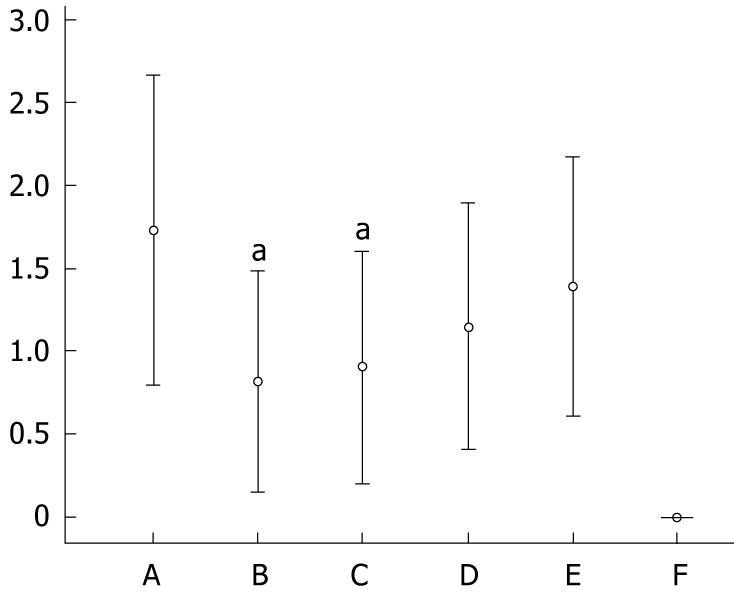 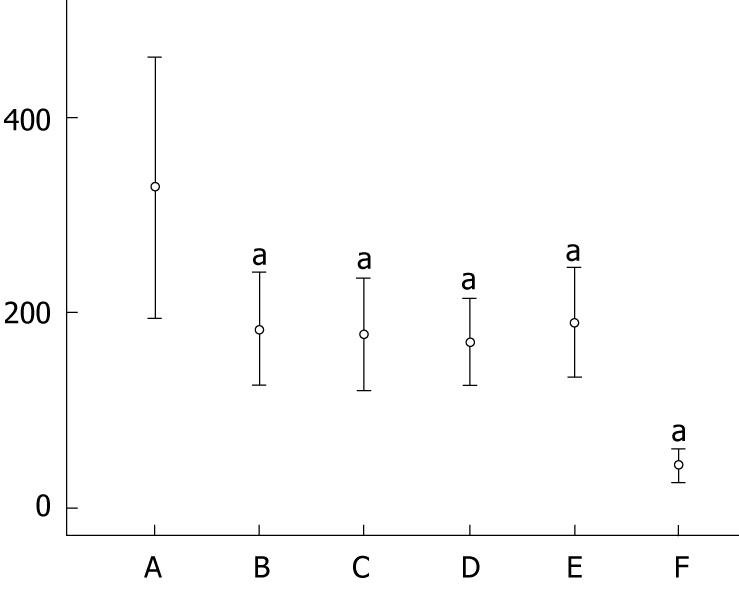 Figure 5 Effect of Celecoxib on the proliferation of gastric mucosal cells in gerbils. High PCNA positive ratio was found in group A, and the value decreased significantly after treatment with Celecoxib. The value was also lower in group F without H pylori infection. aP < 0.05 vs groups A.

Figure 6 Expression of PCNA by immunohistochemistry method. A: Normal gastric mucosa; B: Intestinal metaplasia; C: Adenocarcinoma. Adenocarcinoma is pointed out by arrow. Images were obtained at × 400. 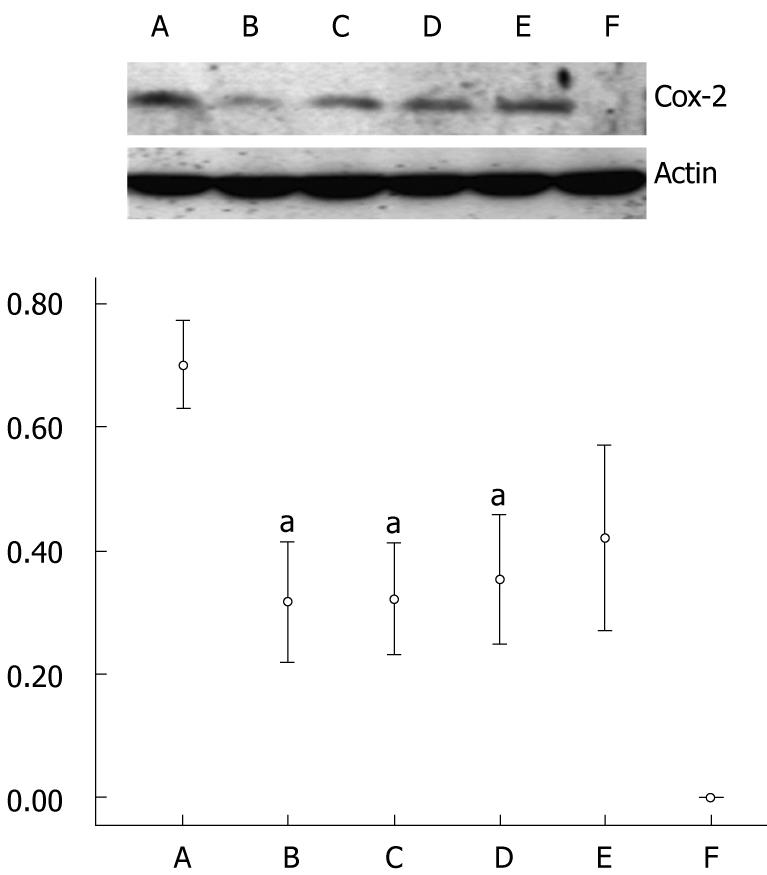