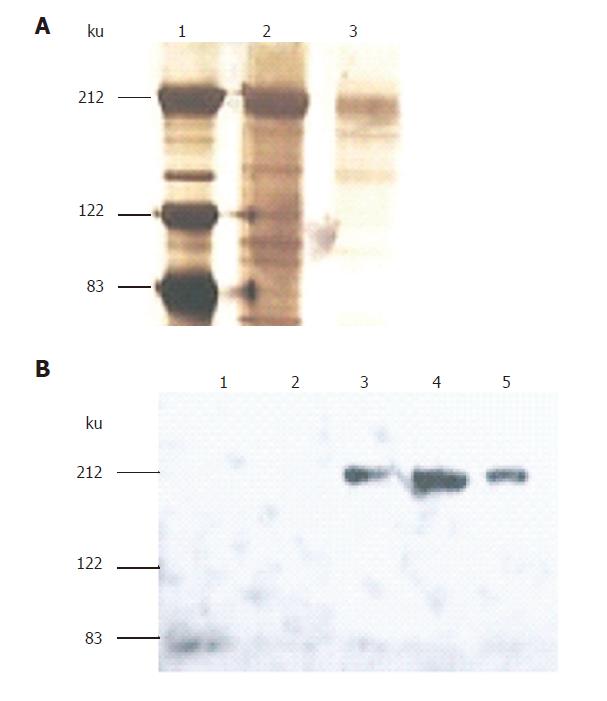 Figure 2 Expression and purification of fused S-protein soluble. S-protein fused with Myc/His was expressed in HEK293 cells mediated by adenovirus and purified on Ni-NTA-agarose column and eluted with imidazole at 6 fractions. The eluted proteins were separated by 7% SDS-PAGE gels and identified by both silver staining (A) for elutions 4, 5 and Western-blotting using anti-Myc antibody (B) for elutions 1-5. 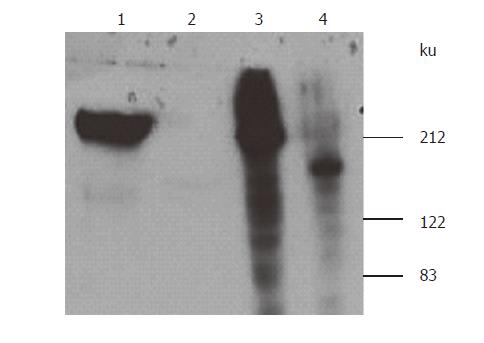 Figure 3 Effects of tunicamycin on expression of S-protein. HEK293 cells were infected with Ad-S/MS virus for 48h in the presence or absence of tunicamycin (7μg/mL). The media were mixed with Ni-NTA-agarose beads and bound protein was eluted with imidazole elution buffer. The pelleted cells were lysed. After centrifugation, the supernatant with eluted protein from the media was separated on SDS-PAGE gels (7%, v/v). Separated proteins were detected by Western blotting using anti-Myc antibody. 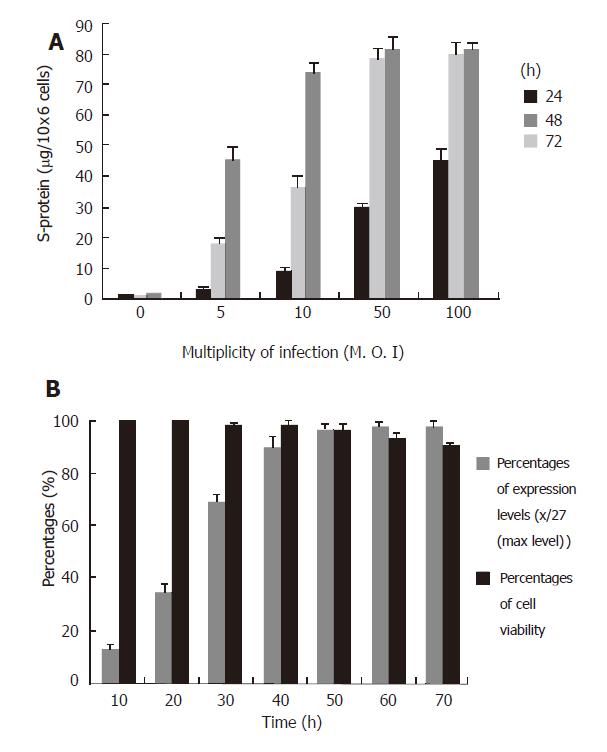 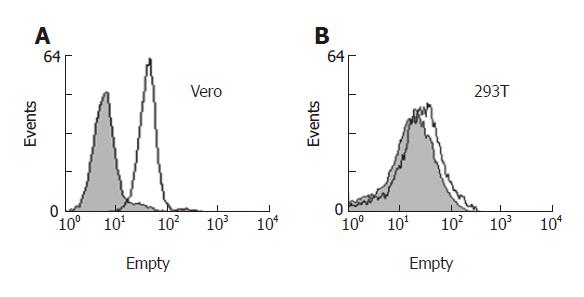 Figure 5 Binding of S-protein to Vero and 293T cells. Vero and 293T cells were detached from culture flask with 0.5 mmol/L EDTA/ PBS, washed and incubated with purified S-protein in 0.5% BSA/ PBS. Binding was measured by flow cytometry using anti-Myc antibody and goat anti-mouse IgG antibody conjugated with RPE (open profiles). As control (filled profiles), the cells were not incubated with S-protein but stained with the same antibodies.