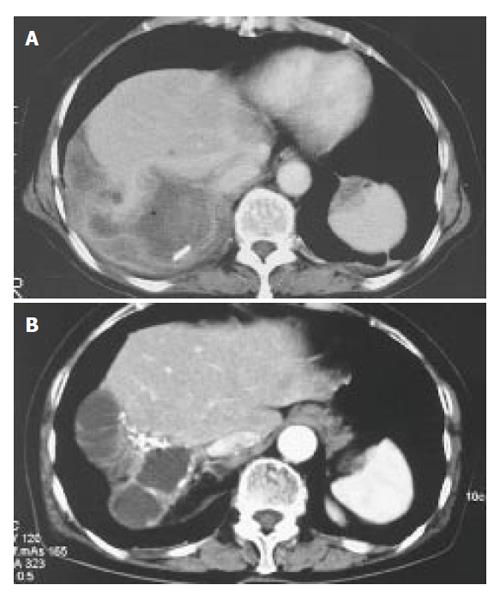 Figure 2 An axial (A) and coronal (B) view of magnetic resonance imaging (MRI) showed a multilocular cyst with a thick wall with a solid component extending into the subcutaneous tissue. MR cholangio-pancreatography showed no dilatation in the biliary system, and most likely no communication with the liver cyst (C). The skin showed red swelling by the subcutaneous extension of the hepatic cyst (D). 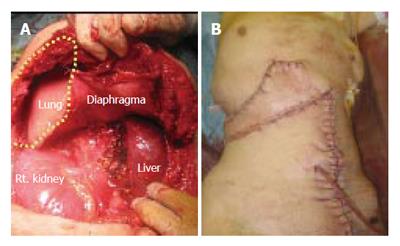 Figure 3 An en bloc resection resulted in a huge defect (A, yellow dotted circle). The defect of the diaphragm was covered with the great omentum, and the thoraco abdominal wall defect was reconstructed by a musculo-cutaneous flap including the anterior sheath and the left rectus abdominis muscle which both receive the blood supply comes from the superior abdominal artery (B). 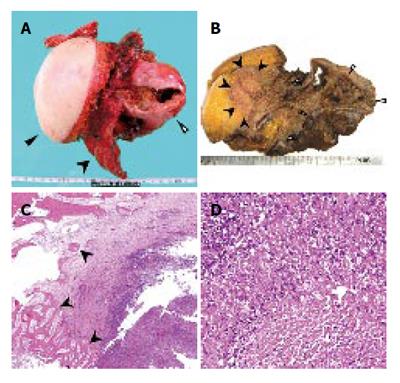