Flow cytometry is widely used for lymphocyte immunophenotyping in clinical settings. However, few studies have applied it for analyzing lymphocytes of the gastric mucosa. This review offers an overview of methodologies for isolating lymphocytes from the human stomach. Previously reported articles were reviewed, focusing on procedures for isolating human gastric mucosal lymphocytes. Helicobacter pylori-associated peptic diseases and gastric cancer are two major subjects of research in this field. Enzymatic dissociation, mechanical dissociation, or a combination of the two have been used to isolate lymphocytes from the stomach. Intra-epithelial and lamina propria lymphocytes were separately isolated in several studies. We also summarize the history and present trends in analyzing lymphocytes in patients with gastric disease.

Core Tip: This review provides an overview of methodologies used to analyze lymphocytes in the stomach. Helicobacter pylori-associated peptic diseases and gastric cancer are two major subjects of research in this field. Previously reported articles were reviewed, focusing on procedures for isolating human gastric mucosal lymphocytes. The history and present trends in analyzing lymphocytes in patients with gastric disease are also summarized.

Helicobacter pylori (H. pylori) infection is responsible for most peptic ulcers and chronic inflammation in the stomach. Such prolonged inflammation causes mucosal damage and regeneration, in turn leading to carcinogenesis of the gastric epithelium and lymphomagenesis. Additionally, recent advances in cancer immunology and immunology-based anticancer therapies highlight the contribution of tumor-infiltrating lymphocytes in gastric cancer treatment. Thus, chronic inflammation with lymphocyte infiltration in the stomach may be involved in various gastric diseases[1,2].

Flow cytometry is widely used for lymphocyte immunophenotyping. An advantage of flow cytometry over immunohistochemistry is its multicolor analysis, providing an accurate characterization of the surface antigen profile of specific cells. Despite its superiority, few studies have assessed gastric mucosal lymphocytes by flow cytometry. We believe that its widespread use will promote a better understanding of surface marker expression and function of lymphocytes in the stomach. Here, we review relevant basic studies and summarize the methods of isolating lymphocytes from the human stomach for flow cytometry. Additionally, the history and current trends in analyzing lymphocytes in patients with gastric disease are summarized. 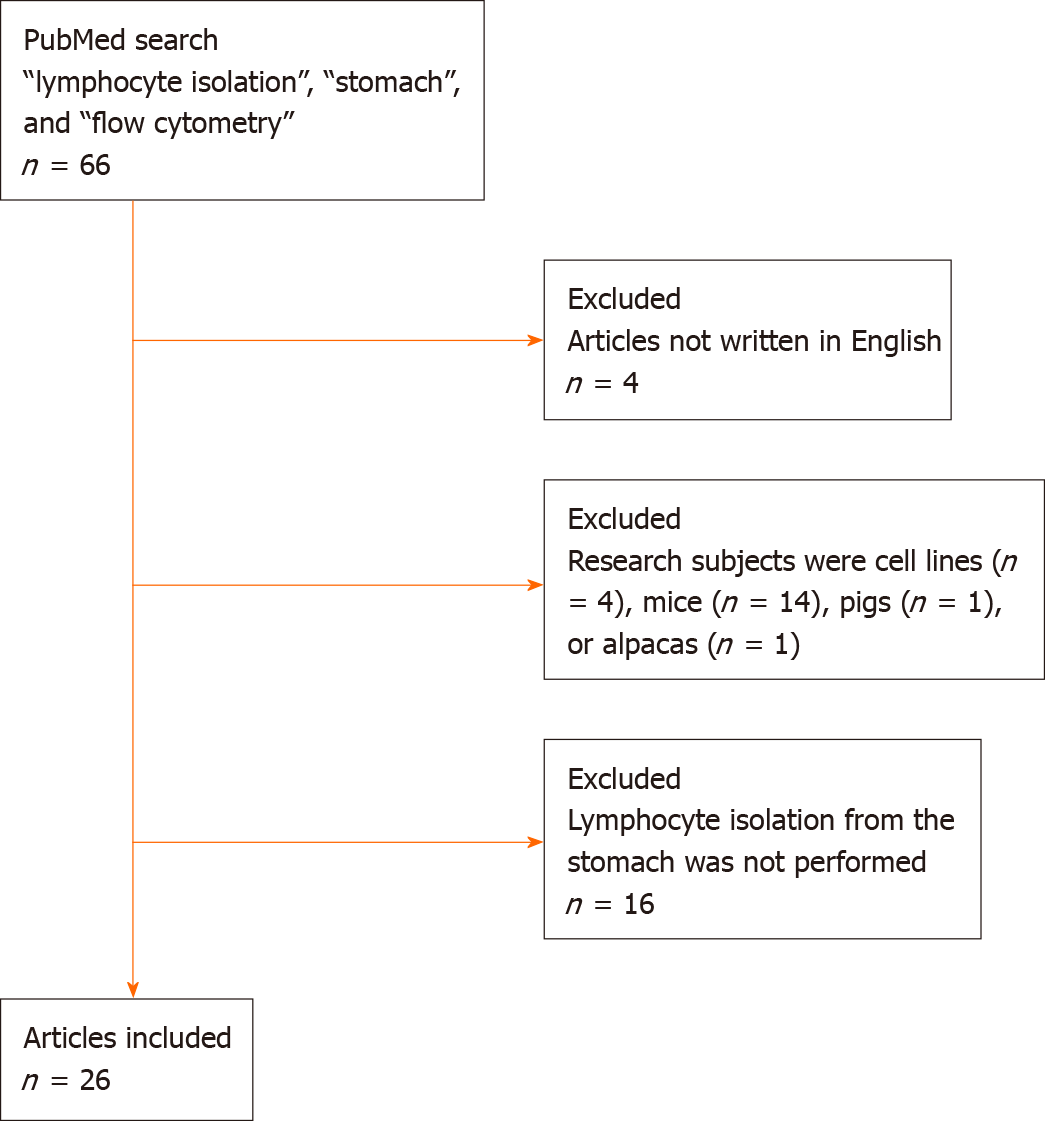 Figure 1 Selection of articles for the review.

During lymphocyte isolation, enzymatic degradation and/or mechanical shredding and grinding are performed to remove the epithelial cells and connective tissue of the stomach. Collagenase is commonly used for enzymatic processing, while mesh strainers or glass slides are used for mechanical processing. Hereafter, we review representative methods for lymphocyte isolation from the stomach.

Combination of enzymatic and mechanical dissociation

In previously reported studies, sequential processing with enzymatic and mechanical dissociation is most frequently used for lymphocyte isolation from the gastric mucosa. In one protocol[2,6,16], fresh tissues were obtained from the surgically resected stomach and washed three times with Hank’s solution containing 1% fetal calf serum. The specimen was cut into small pieces and collected in RPMI 1640 medium containing collagenase IV (1 mg/mL) and deoxyribonuclease I (10 mg/mL). Subsequently, mechanical separation was performed using gentleMACS Dissociator and the dissociated cell suspensions were incubated for 1 h under continuous rotation at 37 °C. After passing the cell suspension through a 70 μm cell strainer, cells were deemed ready for flow cytometry.

In another protocol[10], two specimens were obtained from the gastric mucosa by endoscopic biopsy. The specimens were placed on ice in RPMI 1640 medium containing 10% fetal calf serum, glutamine, and penicillin/streptomycin. The biopsy specimens were transferred to a dithiothreitol/EDTA solution and incubated for 15 min at 37 °C. The samples were finely sliced and digested in a collagenase A solution for 1 h at 37 °C. The digested cell suspensions were filtered through a 70 μm cell filter and collected in RPMI 1640 medium. After centrifugation, the pellet was resuspended in phosphate-buffered saline.

Without enzymes, lymphocytes can be obtained by mechanical mincing of surgically resected or endoscopically biopsied specimens, followed by passing through a 40-100 μm filter to exclude tissue fragments[23,24,52] or by pressing and grinding in a coarse glass grinder[48].

The predominance, heterogeneity, and distribution of lymphocytes are diverse at different locations within the gastric mucosa[22]. Therefore, intra-epithelial lymphocytes and lamina propria lymphocytes have been investigated separately in several studies[22,47,54,55]. Briefly, biopsy samples were rotated at 37 °C for 1 h in calcium- and magnesium-free Hanks' balanced salt solution supplemented with 5% fetal calf serum, dithiothreitol (1 mmol/L), and EDTA (1 mmol/L). At this step, the epithelial layer is removed, leaving the lamina propria intact and attached to the basement membrane. Subsequently, the resulting single cell suspension was washed in RPMI 1640 medium supplemented with 10% fetal calf serum and penicillin/streptomycin. The remaining tissue was placed in 5 mL of RPMI 1640 medium containing collagenase Type 1A (130 U/mL) and rotated at 37 °C for 3 h to obtain lamina propria cells.

We recently introduced a simplified, one-step procedure for lymphocyte isolation from an endoscopic biopsy sample[67]. To isolate lymphocytes, we used a porcelain bowl with a spout and a wire mesh tea strainer. First, the porcelain bowl and wire mesh strainer were sterilized by autoclaving. During esophagogastroduodenoscopy, enteroscopy, or colonoscopy, a single tissue sample was collected from the gastrointestinal tract with a standard biopsy forceps. The collected gastrointestinal sample was put into a plastic centrifuge tube containing 5 mL of isotonic saline solution. Next, a wire mesh strainer was placed in a porcelain bowl and the specimen-containing saline solution was poured through the mesh. The solid specimens were crushed using the rubber portion of a 10 mL injection syringe plunger. The wire mesh tea strainer was then removed and thrown away. Subsequently, the saline solution containing lymphocytes was decanted into a plastic centrifuge tube and the cells were deemed ready for flow cytometry.

As far as we know, this is the easiest procedure reported to date; lymphocyte isolation by this method is achieved within 2 min. Besides, laboratory wares and apparatus are not necessary for this method. Therefore, our approach for lymphocyte separation can be completed in an endoscopy unit right after taking a biopsy sample. This method would allow widespread evaluation of lymphocytes in the field of gastroenterology.

HISTORY AND PRESENT TRENDS OF LYMPHOCYTE ANALYSIS IN THE STOMACH

In the year 2000, research was focused on CD95, also known as Fas or TNF receptor superfamily member 6[47,48]. CD95 is a death receptor localized on the surface of cells that triggers a signal transduction pathway upon binding its ligand, leading to programmed cell death (apoptosis). In H. pylori-associated gastritis, epithelial cell damage is mediated through Fas/Fas ligand interactions[47]. Simultaneously, apoptotic depletion of invading mucosal lymphocytes occurs with Fas ligand expression, providing a mechanism of immune privilege evading severe destruction of gastric epithelium in the H. pylori-infected stomach[48]. Meanwhile, flow cytometry was also performed for gastric mucosal lymphocytes in patients with duodenal ulcers[33,43] and in children[38].

In one study, T cells expressing natural killer cell receptors, defined as CD3+CD56+, CD3+CD161+, or CD3+CD94+ cells, were quantified in H. pylori-positive and -negative patients[22]. CD3+CD161+ cells were higher in the epithelium of H. pylori-infected gastric mucosa, whereas CD3+CD56+ cells were lower in the lamina propria, indicating a site-specific distribution of T cells bearing natural killer receptors. In another study, mast cells, defined as CD45+CD117+FcεRI+ cells, were investigated in patients with gastric cancer[2]. A significantly higher number of mast cells exist in gastric cancer tissues, and the mast cell levels increase with tumor progression and independently predict a reduced survival. Besides lymphocytes, tumor-infiltrating neutrophils were examined in gastric cancers by cell sorting against CD66b, which allows for the enrichment of mature neutrophils[6].

In addition to the aforementioned technologies of evaluating gastric diseases, flow cytometry has been used for the diagnosis of lymphoma of the stomach. Flow cytometry is a rapid and practical diagnostic tool for B-cell lymphoma. Analysis of the distribution of surface immunoglobulin light chain kappa and lambda using flow cytometry offers evidence for the monoclonality of B-cell neoplasms because these lymphomas that typically arise from an expansion of a B-cell clone expressing only one class of immunoglobulin light chain, either a kappa or lambda chain. Thus, isolation of lymphocytes from the gastric mucosa and detection of monoclonality using flow cytometry lead to the prompt diagnosis of lymphoma of the stomach. This approach may be particularly useful for the detection and therapeutic monitoring of extranodal marginal zone lymphoma of mucosa-associated lymphoid tissue (MALT lymphoma), which is the most common non-Hodgkin lymphoma subtype arising in the stomach[68-70].

We have reported the utility of a single-step lymphocyte isolation procedure from an endoscopic biopsy specimen, which is described above, for the diagnosis of gastrointestinal lymphoma[67,71]. Our previous study included patients with gastric extranodal marginal zone MALT lymphoma (n = 8), duodenal follicular lymphoma (grade 1; n = 5), and benign lymphoid hyperplasia (ileum, n = 1, and rectum, n = 1). Lymphocytes were successfully isolated from 14 (93.3%) patients. The sensitivity and specificity of flow cytometric analysis of immunoglobulin light chain expression for the diagnosis of B-cell lymphoma were 83.3% and 100%, respectively. These results suggest that a single endoscopic biopsy specimen contains enough lymphocytes for flow cytometric analysis and can be used for the diagnosis of gastrointestinal lymphoma.

In this review, we provided methodologies for lymphocyte isolation from the gastric mucosa that are reported in the literature. We also described the history and current trends of lymphocyte analysis in the stomach. Owing to the multicolor analysis that accurately defines the surface antigen profile of specific lymphocyte populations, flow cytometry will continue to be a powerful tool for revealing the pathogenesis of gastric disorders. We believe that the methodologies described herein will provide a better understanding of the application of flow cytometry.