Welcome to the World Journal of Virology (WJV), a new member of the World Journal Series. The World Journal Series was first launched as a peer-reviewed scientific journal covering aspects of research, diagnostics and clinical practice in biomedicine in 1995. WJV is an online and open-access peer-reviewed periodical focusing on virology. WJV covers a variety of topics in different areas of virology, including advances in basic research, updates in nomenclature, the development of novel diagnostic assays, the epidemiology of viral disorders and, new developments in the clinical management of viral diseases, including new vaccines and antiviral therapeutics. The purpose in launching the WJV is to promote knowledge exchange related to the classic human viruses as well as newly emerging viruses and their associated clinical disorders. Continually updating knowledge in a timely manner in this field where information related to the unceasing evolution of viruses is becoming available at a rapid pace is challenging. Thanks to the World-Wide-Web we are able to provide a podium for all authors and readers of WJV to address this challenge. I would like to acknowledge the Baishideng publisher, the members of the editorial board, and all contributing authors involved in this inaugural issue of the WJV. I sincerely hope all readers, i.e. future contributing authors, will like WJV and we look forward to your input in assisting WJV to grow and mature.

I am Xiaoli Lilly Pang, MD, PhD, Associate Professor, Department of Laboratory Medicine and Pathology, University of Alberta, and the Provincial Laboratory for Public Health (Microbiology), Alberta, Canada (Figure 1), and together with Ling Lu, MD, PhD, Department of Pathology and Laboratory Medicine, University of Kansas Medical Center, Kansas City, United States, we will be the co-Editor-in-Chief of the World Journal of Virology (World J Virol, WJV, online ISSN 2220-3249, DOI: 10.5501). We are excited to bring you the inaugural issue of the WJV, a bimonthly, peer-reviewed, online, open access journal supported by an editorial board of over 137 specialists in virology research from over 41 countries. 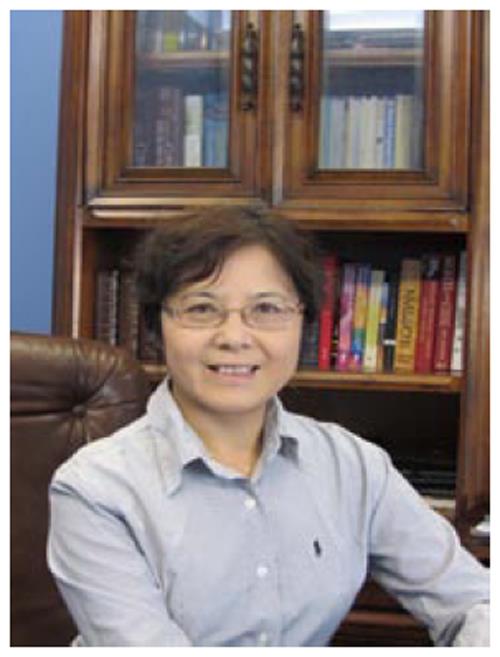 Infectious diseases are a global concern. Virus associated disorders have contributed significantly infectious disease morbidity and mortality in the past and continue to emerge as health threats internationally. From the development of the concept of a virus as a contagious living form by Beijerinck in 1898 to the rapid identification of novel human coronavirus causing outbreaks of a severe acute respiratory syndrome (SARS) by the task forces networking and working collaboratively in 2003, there have been many landmark discoveries in the history of virology for the past 200 years[1]. We anticipate more coming at an unprecedented speed as new research methods are developed and rapid exchange of bioinformation using the world-wide web is now possible[2]. In order to promote new discoveries and knowledge exchange, the WJV on which preparation was initiated on November 8, 2010, is launched on February 12, 2012 to facilitate participation in the rapidly evolving and fascinating world of the virology.

Advances on virology have brought many benefits for human and animal health and highlighted the challenges of the future. In this inaugural issue of WJV, I would like to address the current need for fast-paced communication and knowledge exchange in virology. One of the remarkable achievements in virology over the past century has been the development and population-based delivery of vaccines against some well-known viruses. Vaccination has eradicated deadly diseases, such as natural smallpox[3]; dramatically lowered the incidence of viral infections such as poliomyelitis[4], prevented transmission and disease progression to the cancer as illustrated by hepatitis B vaccine[5], and has had a significant impact on disease morbidity such as rotavirus associated gastroenteritis in children[6]. Recently, remerging measles outbreaks have raised new uncertainties despite the WHO vaccine campaign against the virus that has been in place for several decades. In 2011, measles outbreaks were reported in 36 of 53 EUR member states; a total of 26 074 measles cases had been reported region-wide[7]. Although incomplete coverage of immunization and underdosing of vaccine are considered to be the major contributing factors, several outbreaks still occurred despite high immunization coverage including administration of double-dose of MMR vaccine[8]. Further studies are required to understand the resurgence of measles across several continents in order to accomplish WHO’s new strategic for measles eradication.

Most viruses undergo continuous evolution. A typical example is the genetic drift of norovirus GII.4 strains observed globally. In our recently published study, a unique biannual pattern of norovirus gastroenteritis outbreaks was observed and this trend was clearly associated with emergence of new norovirus GII.4 variants[9]. Each emerging GII.4 genetic variant identified by sequence alteration had high virulence and caused the epidemic outbreaks of gastroenteritis in the susceptible population. The number of outbreaks associated with the newly emerged GII.4 variants increased steadily in the four epidemic years during 8 years of the study. The study provided a basis for predicting when the next norovirus GII.4 variant will possibly appear and what public health measures need to be in place for control of the outbreaks. However, why and where genetic drift in the viral genome of norovirus will occur in such a biannual pattern is largely known. A newly emerged variant of avian influenza virus provided another example of how genetic drift of a virus can allow cross-host infection between birds and humans and caused a deadly disease[10]. Understanding the mechanism of evolution of viruses and the resulting health threats is a key to winning the battle against viruses in future.

Clearly many mysteries and unknowns related to viruses and the diseases they cause remain, regardless of whether they are well-studied viruses or are new emerging viruses, in the fascinating world of virology. Basic, clinical and epidemiologic researches, vaccine and antiviral drug developments, clinical trials of new therapies, education and public awareness, and community and society involvement are encouraged and needed in virology. Resource and information sharing, research networking and collaborative efforts without boards represent new strategies in sciences as well as in virology. A perfect example was a battle against pandemic outbreak of SARS. The time course from diagnosing the first case of SARS in Hong Kong, quarantining outbreak patients in various regions in the world, decoding the full sequences of the novel human coronavirus, took only a few months because of a multinational collaborative effort[11]. Communicating new information and discoveries that result from research and clinical practice in virology becomes essential and achievable in the modern information and digital era. Launch of the WJV will join this evolving trend of collaboration and rapid information exchange by adding another fast-track publication in the field of virology.

In order to guarantee the quality of articles published in the journal, WJV usually invites three experts to comment on the submitted papers. The contents of peer review include: (1) whether the contents of the manuscript are of great importance and novelty; (2) whether the experiment is complete and described clearly; (3) whether the discussion and conclusion are justified; (4) whether the citations of references are necessary and reasonable; and (5) whether the presentation and use of tables and figures are correct and complete.

TheThe columns in the issues of WJV will include: (1) Editorial: To introduce and comment on the substantial advance and its importance in the fast-developing areas; (2) Frontier: To review the most representative achievements and comment on the current research status in the important fields, and propose directions for the future research; (3) Topic Highlight: This column consists of three formats, including (A) 10 invited review articles on a hot topic, (B) a commentary on common issues of this hot topic, and (C) a commentary on the 10 individual articles; (4) Observation: To update the development of old and new questions, highlight unsolved problems, and provide strategies on how to solve the questions; (5) Guidelines for Clinical Practice: To provide guidelines for clinical diagnosis and treatment; (6) Review: To systemically review the most representative progress and unsolved problems in the major scientific disciplines, comment on the current research status, and make suggestions on the future work; (7) Original Articles: To originally report the innovative and valuable findings in virology; (8) Brief Articles: To briefly report the novel and innovative findings in virology; (9) Case Report: To report a rare or typical case; (10) Letters to the Editor: To discuss and make reply to the contributions published in WJV, or to introduce and comment on a controversial issue of general interest; (11) Book Reviews: To introduce and comment on quality monographs of virology; and (12) Guidelines: To introduce consensuses and guidelines reached by international and national academic authorities worldwide on the research in virology. This variety in the formats for communication columns with clear titles and purpose will allow readers to update and absorb important information based on individual need and interest in different fields of virology.

We welcome WJV on-line as a new member of the World Series Journals! Fuelled by common interests and a commitment to work to achieve the journal’s goals by all authors, readers and editors, I know that the WJV will be a useful reference source for research data on virology and clinical practice against virus-associated diseases.