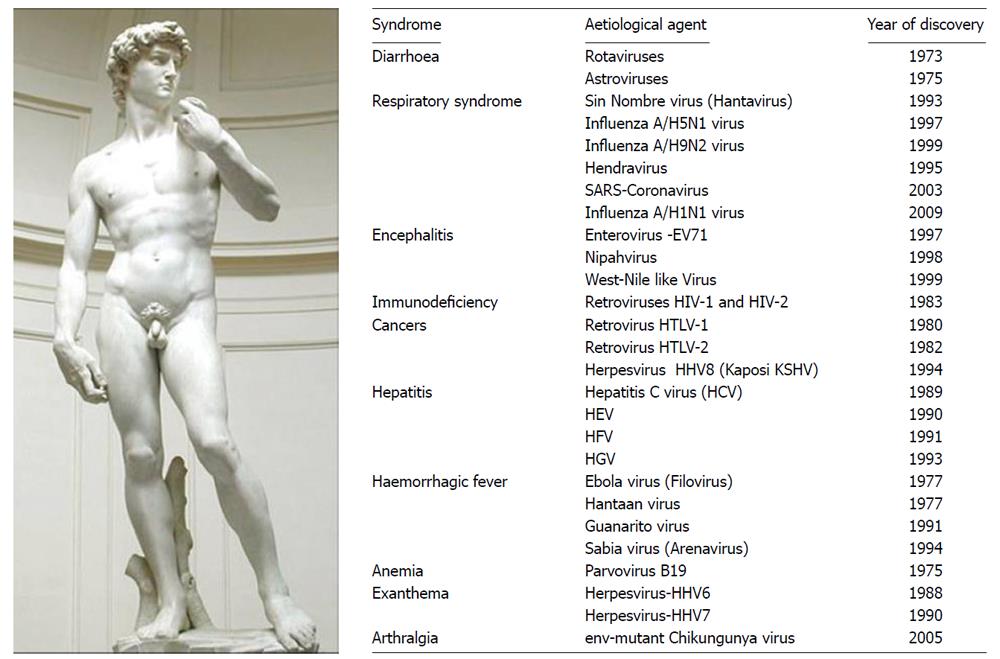 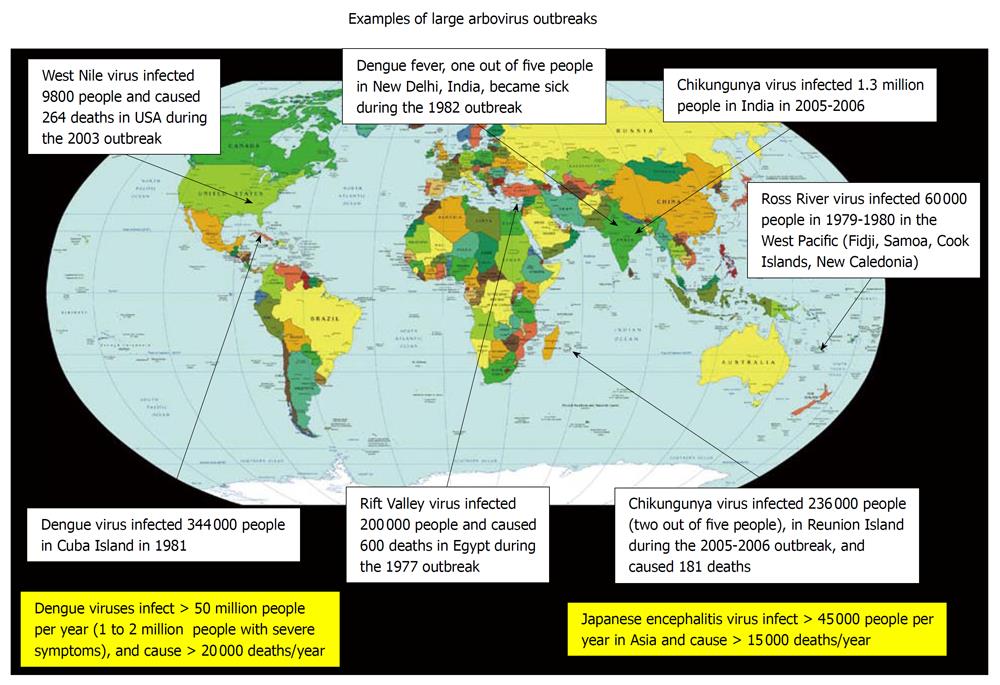 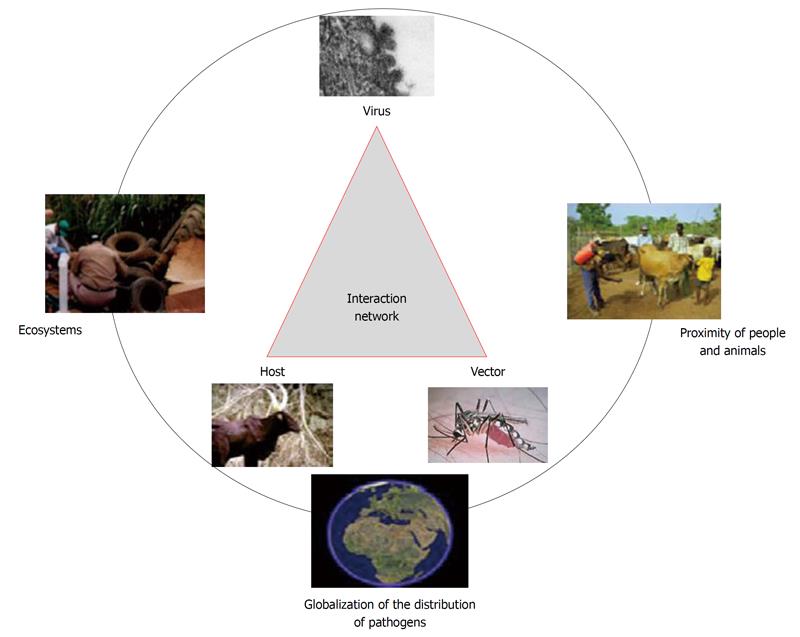 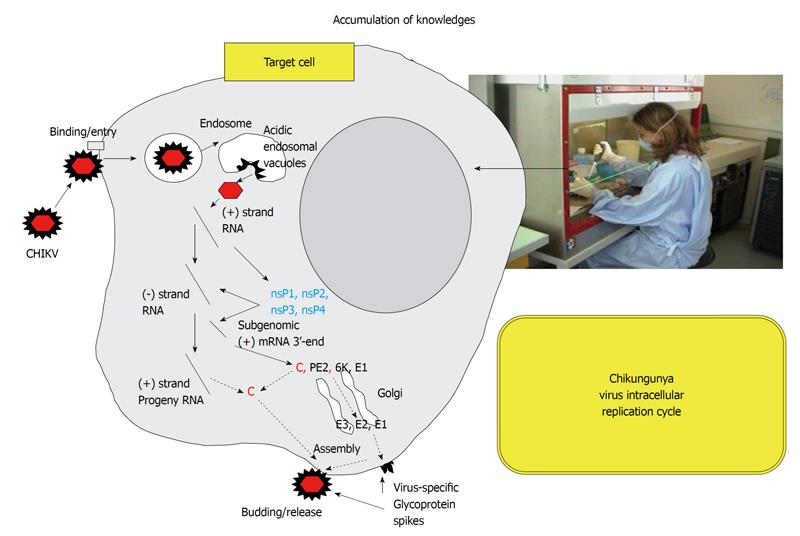 Figure 4 Accumulation of knowledge. We know relatively little about the cycle of CHIKV replication in mammalian cells and insect cells. It remains necessary to conduct experimental work to better understand the virus replication cycle, particularly in order to develop therapeutic agents. Understanding of each stage of the cycle, the molecular crosstalk between the pathogen and the host, and each molecular interaction, may offer a new avenue to fight the pathogen. 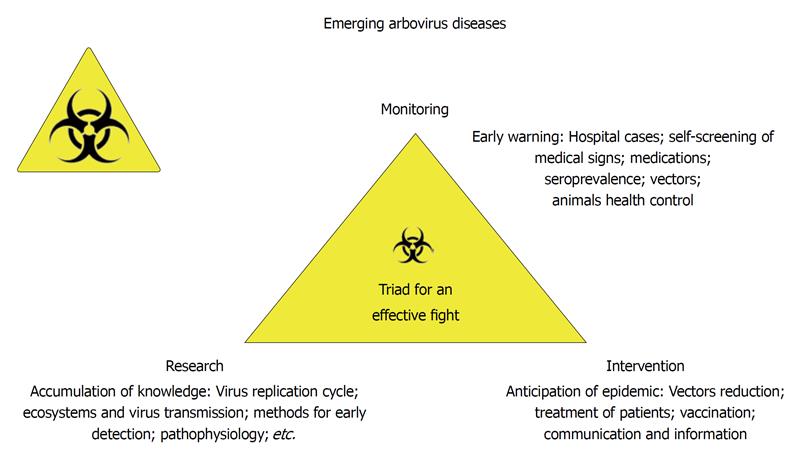 Figure 5 Emerging arbovirus diseases and the biosurveillance. Biosurveillance is based on three main principles: research (accumulation of knowledge in all fields of science), large scale monitoring for early warning and intervention to prevent or reduce the epidemic risks.