Legionella pneumophila (L. pneumophila) is a gram-negative intracellular bacillus composed of sixteen different serogroups. It is mostly known to cause pneumonia in individuals with known risk factors as immunocompromised status, tobacco use, chronic organ failure or age older than 50 years. Although parapneumonic pleural effusion is frequent in legionellosis, pleural empyema is very uncommon. In this study, we report a case of fatal pleural empyema caused by L. pneumophila serogroup 1 in an 81-year-old man with multiple risk factors.

An 81-year-old man presented to the emergency with a 3 wk dyspnea, fever and left chest pain. His previous medical conditions were chronic lymphocytic leukemia, diabetes mellitus, chronic kidney failure, hypertension and hyperlipidemia, without tobacco use. Chest X-ray and comouted tomography-scan confirmed a large left pleural effusion, which puncture showed a citrine exudate with negative standard bacterial cultures. Despite intravenous cefotaxime antibiotherapy, patient’s worsening condition after 10 d led to thoracocentesis and evacuation of 2 liters of pus. The patient progressively developed severe hypoxemia and multiorgan failure occurred. The patient was treated by antibiotherapy with cefepime and amikacin and with adequate symptomatic shock treatment, but died of uncontrolled sepsis. The next day, cultures of the surgical pleural liquid samples yielded L. pneumophila serogroup 1, consistent with the diagnosis of pleural legionellosis.

L. pneumophila should be considered in patients with multiple risk factors and undiagnosed pleural empyema unresponsive to conventional antibiotherapy.

Core tip: Legionella pneumophila (L. pneumophila) is a gram-negative bacillus known as a common cause of pneumonia, with frequent parapneumonic pleural effusion. In contrast, pleural empyema seems very uncommon. We report here the case of an 81-year-old man with multiple comorbidities who presented with a large left pleural effusion. Despite wide antibiotic courses against extracellular bacteria associated to surgical thoracentesis, patient died of uncontrolled septic shock. L. pneumophila serogroup 1 was isolated from the surgical pleural liquid sample, consistent with a pleural localization of Legionnaire’s disease. We therefore would emphasize that L. pneumophila is an exceptional cause of pleural empyema in patients with multiple risk factors.

Legionella pneumophila (L. pneumophila) is a Gram-negative, slow-growing intracellular bacillus, originally discovered in 1976 in Philadelphia among the delegates of the American Legion conference[1]. Since then, sixteen different serogroups have been described, with a large predominance of serogroup 1, responsible for approximatively 85% of the cases[2]. Risk factors for infection include male sex, aged more than 50 years, current or historical smoking, alcohol abuse, diabetes, cancer, chronic kidney failure, iron overload and immunocompromising diseases or treatments[3]. Although it is mostly known to cause acute severe pneumonia, with frequent parapneumonic pleural effusion, L. pneumophila infection may rarely cause pleural empyema.

We report here a case of pleural empyema caused by L. pneumophila serogroup 1 in an immunocompromised patient, followed by a review of the literature.

His medical history was consistent with chronic lymphocytic leukemia, initially treated in 2007 with Fludarabine, Cyclophosphamide and Rituximab therapy with chronic lymphocytosis, type 2 diabetes mellitus, hypertension, hyperlipidemia and chronic kidney failure with an eGFR of 28 mL/min/1.73 m2. He reported no smoking or alcohol abuse and used to work as an upholsterer. 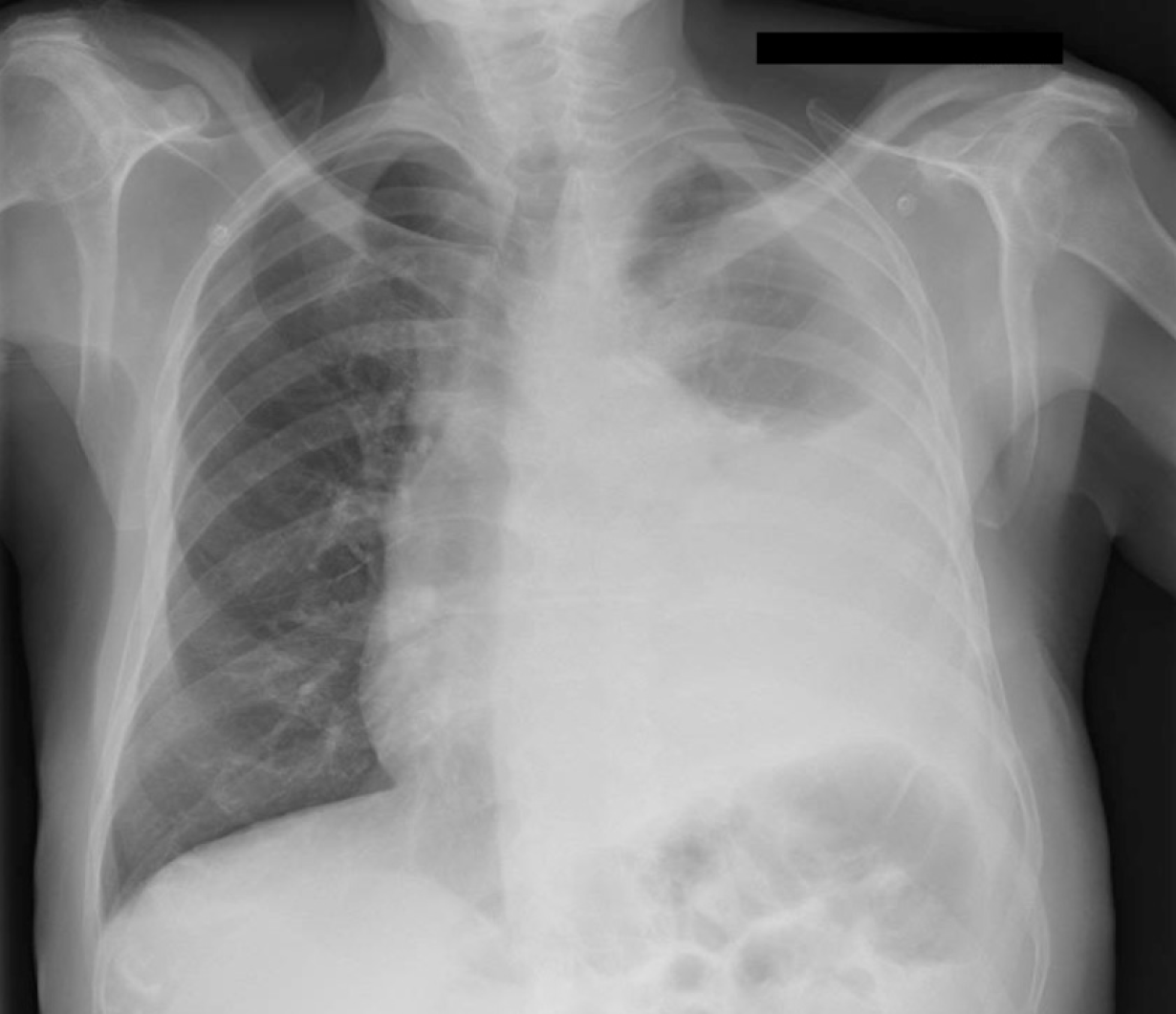 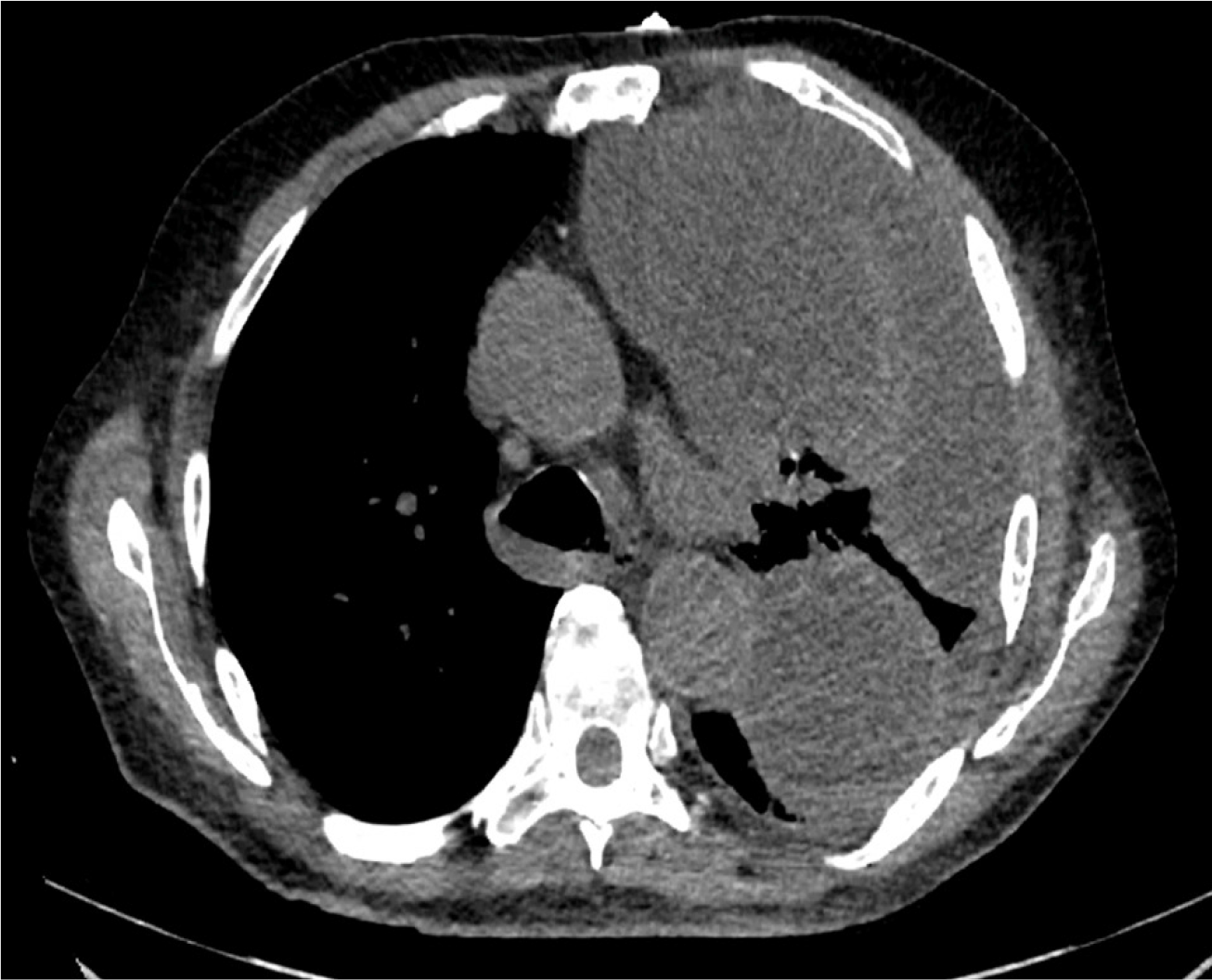 Despite intravenous treatment with cefotaxime, the patient condition worsened with persistence of fever, neutrophilia, and severe hypoxemia appeared. Bacteriological standard culture of the pleural liquid sample was negative, as well as repeated blood cultures. In order to look for a tuberculosis etiology, auramine stained sputum smears and cultures were performed but remained negative. Spot-test for tuberculosis was not performed. Ten days after his admission, because of the uncontrolled large pleural effusion with acute hypoxemic respiratory failure, the patient underwent surgical thoracentesis with evacuation of 2 liters of purulent liquid. We chose surgery instead of repeated pleural drawings, because local sepsis was not controlled nor bacteriologically documented. Pleura was thick and nodular, with white pseudo-membranes. Treatment with metronidazole was added to cefotaxime after the surgery in order to cover anaerobic bacteria. Cytobacteriological examination and cultures of the liquid were negative. Lymphocyte phenotyping ruled out B-cell lymphoma as a complication of his chronic lymphocytic leukemia. Three days after, the patient progressively developed multiple organ failure requiring intensive care unit admission. As no massive transfusion was initiated during surgery and shock was the main matter, fluid overload could not explain the evolution in multiple organ failure. After a slow unfavorable evolution during the ten first days of hospitalization, the patient’s condition worse brutaly three days after surgical thoracocentesis leading to septic shock complicated of multiple organ failure. Despite antibiotherapy with cefepime and amikacin, invasive mechanical ventilation, vasopressor infusion and renal replacement therapy, the patient died of uncontrolled septic shock few hours after ICU admission. 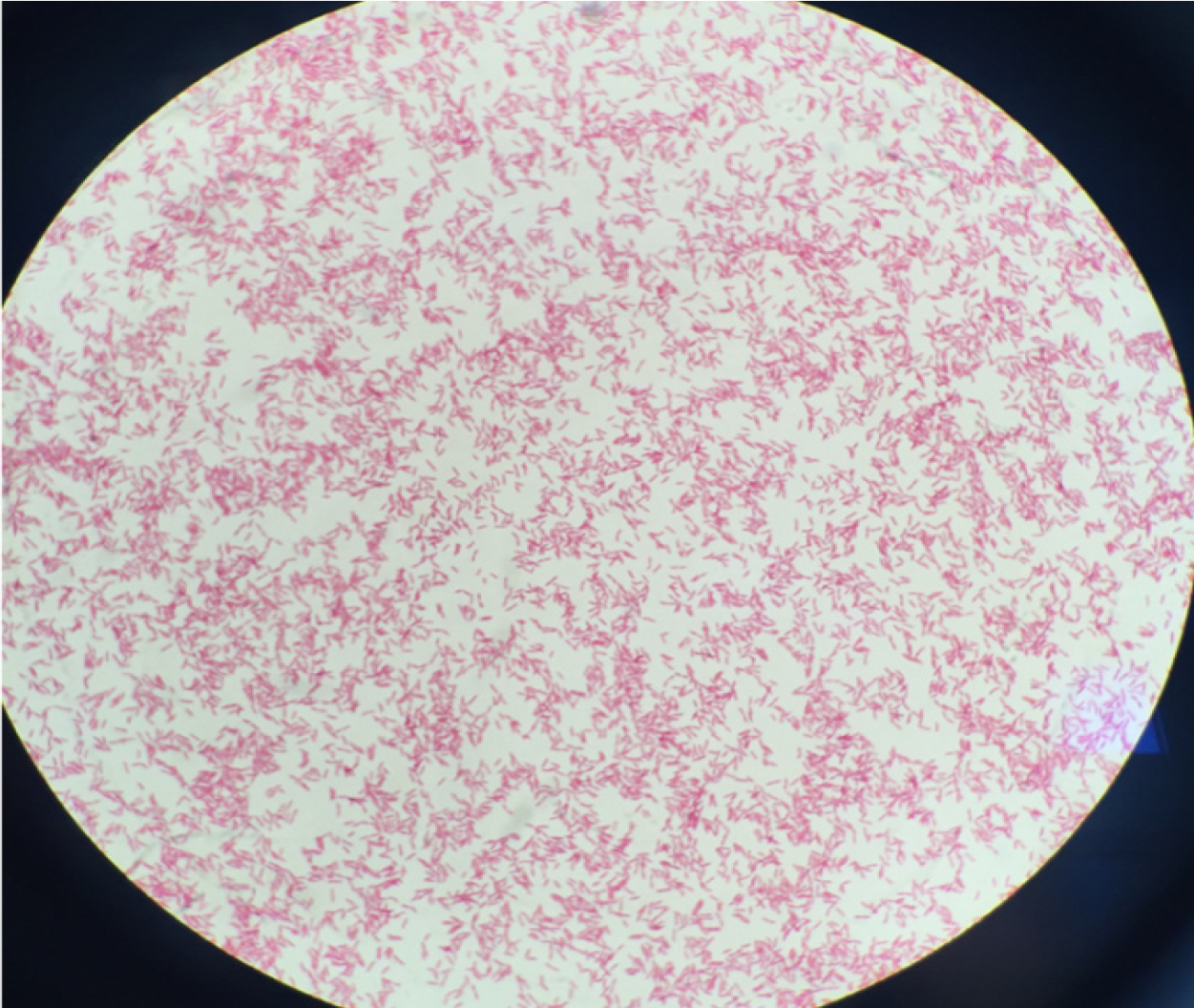 No specific treatment could have been introduced because of post-mortem diagnosis. Unfortunately, the L. pneumophila stain identified in our patient was naturally resistant to all the antibiotics received.

Pleural effusion is a common manifestation of Legionnaire’s disease. In a case series of 36 microbiologically proven legionellosis, Sakai et al[4] reported in 2007 unilateral or bilateral scannographic pleural effusion in 60% of pneumonia caused by L. pneumophila, considered as a parapneumonic aseptic transudate. Similarly, Poirier et al[5] reported in 2017, in a 33 individuals canadian cohort, a scannographic frequency of 66% (22/33). In contrast, pleural empyema, defined as a septic exudate with presence of L. pneumophila, seems exceptional.

Prevalence of pleural empyema in legionellosis is largely unknown. Since 1979, only 11 cases have been reported. These cases involved mostly men with an age ranging between 36 and 83[6-12]. L. pneumophila serogroup 1 seems to be involved in most cases, but one serogroup 5 nosocomial L. pneumophila has been described in a patient following esophageal perforation after esophageal dilatation for carcinoma[6-8]. All infected patients with detailed history presented classic risk factors: Tobacco use, relative immunosuppression caused by advanced age, high-dose steroids as a treatment for systemic lupus erythematosus[9], immunosuppressive drugs in a kidney transplant recipient[10]. In 1981, Winn and Myerowitz reported two necropsias of fatal legionellosis with unilateral empyema with presence of L. pneumophila in pleural fluid[11]. Characteristics of pleural liquid, available for six cases, seem to be those of a classic empyema : Macroscopically purulent or serofibrinous, elevated LDH (5 out of 5, 1 non tested, range 342-2371 UI/L) and proteins (6 out of 6, range 31-57 g/L), with a predominance of neutrophils (6 out of 6) , with hypoglycopleuria and acid pH.

L. pneumophila infection is associated with a poor outcome: In a retrospective study of 136 consecutive cases of communautary L. pneumophila infection in Spain between 2001 and 2015, 85% of patients were hospitalized, including 11.7% in intensive care unit, and the mortality rate was 4.4%[13]. Of the 11 patients described, 2 died with unrecorded treatment, 7 patients survived with adequate antibiotic course, and the outcome of the 2 last was unknown. Choice of antibiotic stewardship and duration of antibiotic course for pleural legionellosis is widely empirical: 4 patients received a 4 wk course of IV erythromycin, 2 received a combination of erythromycin and rifampicin during 8 wk, and the last one was treated with levofloxacin for an undetermined duration of time.

Extrapulmonary legionellosis is a very challenging diagnosis and might involve many different organs[15-18]. In patients with immunocompromising conditions, L. pneumophila can cause septic arthritis, endocarditis, myocarditis, myositis or cutaneous involvement, including panniculitis, exanthema, subcutaneous nodules, pustules or even abscesses. Other Legionella species include, among others, L. bozemanii, and L. micdadei[2]. These other species, much rarer than L. pneumophila, can also exceptionally cause pneumonia with pleural empyema, which seems to be overrepresented compared to L. pneumophila[19,20]. Mycoplasma pneumonia, another intracellular bacteria known to cause pneumonia, has also been reported a few times as the causative agent of pleural empyema[21].

Although uncommon, pleural empyema caused by L. pneumophila is associated with a poor outcome, and is therefore a very challenging diagnosis. We suggest that Legionnaire’s disease should be considered in patients with multiple risk factors and pleural empyema with negative bacteriological standard culture and unresponsive to conventional antibiotherapy.

The authors would like to thank Laetita Beraud, from the French National Reference Center for Legionella, for her work in the identification of serogroup 1 Legionella pneumophila.