Article-Type of This Article
Autobiography Of Editorial Board Members

Geoffrey Burnstock completed a BSc at King’s College London and a PhD at University College London. He held postdoctoral fellowships with Wilhelm Feldberg (National Institute for Medical Research), Edith Bülbring (University of Oxford) and C. Ladd Prosser (University of Illinois). He was appointed to a Senior Lectureship in Melbourne University in 1959 and became Professor and Chairman of Zoology in 1964. In 1975 he became Head of Department of Anatomy and Developmental Biology at UCL and Convenor of the Center of Neuroscience. He has been Director of the Autonomic Neuroscience Institute at the Royal Free Hospital School of Medicine since 1997. He was elected to the Australian Academy of Sciences in 1971, the Royal Society in 1986, the Academy of Medical Sciences in 1998 and an Honorary Fellow of the Royal College of Surgeons and the Royal College of Physicians in 1999 and 2000. He was awarded the Royal Society Gold Medal in 2000. He is editor-in-chief of the journals Autonomic Neuroscience and Purinergic Signalling and on the editorial boards of many other journals. Geoffrey Burnstock’s major research interest has been autonomic neurotransmission and he is best known for his seminal discovery of purinergic transmission and receptors, their signaling pathways and functional relevance. He has supervised over 100 PhD and MD students and published over 1400 original papers, re-views and books. He was first in the Institute of Scientific Information list of most cited scientists in Pharmacology and Toxicology from 1994-2004 [59.083 citations (March 2011) and an h-index of 109]. 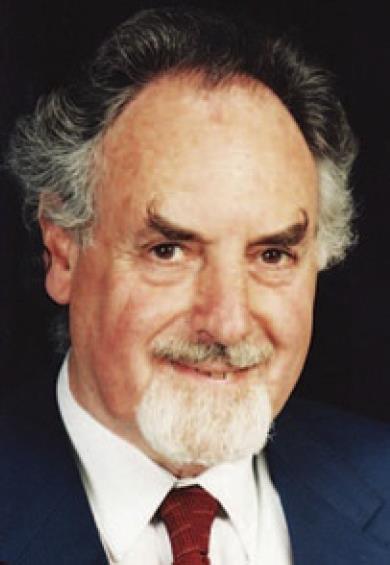 My educational background has been extremely multidisciplinary, starting with zoology, then anatomy and developmental biology, and then my most important contributions are probably in physiology and pharmacology and, most recently, in pathology.

My academic strategies and goals have been to develop different aspects of autonomic neuroscience, with particular emphasis on purinergic signaling[1]. In particular, I have tried to help bridge basic science, clinical medicine and the pharmaceutical industry.

ATP was well established as an intracellular energy source involved in the Krebs cycle and other biochemical pathways, so our suggestion that it was also an extracellular signaling molecule in the early 1970s[2] was not widely accepted for the next 20 years. However, when the receptors for ATP were cloned and characterized in the early 1990s, purinergic signaling was recognized and is now a rapidly expanding field[3,4]. The initial studies describing purinergic neuromuscular transmission were carried out on the gut[5].

There was early recognition of atropine-resistant responses of the gastrointestinal tract to parasympathetic nerve stimulation. However, it was not until the early 1960s that autonomic transmission other than adrenergic and cholinergic was established. In 1963, electrical activity was recorded in the guinea-pig taenia coli using the sucrose-gap technique and, after stimulation of the intramural nerves in the presence of adrenergic and cholinergic blocking agents, an inhibitory hyperpolarizing potential was observed[6,7]. The hyperpolarizing responses were blocked by tetrodotoxin, a neurotoxin that prevents the action potential in nerves without affecting the excitability of smooth muscle cells, indicating their neurogenic nature and establishing them as inhibitory junction potentials in response to non-adrenergic, non-cholinergic (NANC) nerves. This work was extended by an analysis of the mechanical responses to NANC nerve stimulation of the taenia coli[8].

The next step was to try to identify the transmitter released during NANC inhibitory transmission in the gut and by NANC excitatory transmission which we later identified in the urinary bladder. From the work of Jack Eccles and others, we knew that several criteria needed to be satisfied to establish a neurotransmitter: synthesis and storage in nerve terminals; release by a Ca2+-dependent mechanism; mimicry of the nerve-mediated responses by the exogenously applied transmitter; inactivation by ectoenzymes and/or neuronal uptake; and parallel block or potentiation of responses to stimulation by nerves and exogenously applied transmitter. We examined many different substances in the late 1960s, including amino acids, monoamines and neuropeptides, but none satisfied the criteria. However, on reading the literature, I discovered a seminal paper by Drury and Szent-Györgyi[9] showing powerful extracellular actions of purines on heart and blood vessels, papers by Feldberg showing extracellular actions of ATP on autonomic ganglia and a paper by Pamela Holton in 1959[10], which showed release of ATP during antidromic stimulation of sensory nerves supplying the rabbit ear artery. So we tried ATP and to our surprise it beautifully satisfied all the criteria needed to establish it as a transmitter involved in NANC neurotransmission[5]. In 1972, I published an article in Pharmacological Reviews formulating the purinergic neurotransmission hypothesis[2]. My own view is that ATP, recognized as an early biological molecule, evolved both as an intracellular energy source and an extracellular signalling molecule.

During a sabbatical leave visiting the laboratory of Che Su and John Bevan at UCLA, we were disconcerted to find ATP release, not only from NANC intrinsic inhibitory enteric neurons, but also for sympathetic nerves supplying the taenia coli[11]. However, this raised the question in my mind that ATP might be released as a cotransmitter from sympathetic nerves and after discovering many hints in the literature, I formulated the cotransmitter hypothesis in 1976 in a Commentary to Neuroscience[12], which unfortunately also raised controversy because of the widely held concept called ‘Dales Principle’ although actually defined by Eccles, that one nerve only releases one transmitter. The electrical recordings Mollie Holman and I made during sympathetic neurotransmission in the guinea-pig vas deferens in the early 1960s showed excitatory junction potentials (EJPs) in response to single pulses that summed and facilitated, until at a critical depolarization, a spike was generated leading to contraction. However, what was puzzling was that receptor antagonists to noradrenaline (NA) as the transmitter recognized at that time in sympathetic nerves did not block the EJPs, although bretylium, which prevents release of transmitter from sympathetic nerves, did reduce them. It was not until over 20 years later, when Peter Sneddon joined my laboratory in London, that we showed that α, β-methyleneATP, a slowly degradable analog of ATP that acts as a selective desensitizer of the ATP receptor[13], abolished the EJPs and spritzed ATP mimicked the EJP, but NA did not. Purinergic cotransmission is now well established, not only in sympathetic nerves, but also in parasympathetic, sensory-motor and enteric nerves, and more recently ATP has been shown to be co-released with glutamate, GABA, dopamine, NA, 5-hydroxytryptamine and acetylcholine (ACh) in different populations of nerve fibers in the central nervous system[14].

Receptors to purines and pyrimidines

Implicit in purinergic transmission is the existence of specific receptors. In 1978, I proposed a basis for distinguishing two types of purinergic receptors, one selective to adenosine (called P1), which was antagonized by methylxanthines, and the other selective for ATP/ADP (called P2)[15]. A pharmacological basis for distinguishing two types of P2-purinoceptors, defined as P2X and P2Y, was proposed in 1985[16] and we were lucky that when P2 receptors were cloned in the early 1990s and second messenger mechanisms examined, this subclassification was consistent with P2X ion channel receptors and P2Y G protein-coupled receptors[17]. Currently 4 subtypes of P1 receptors are recognized, 7 subtypes of P2X receptors and 8 subtypes of P2Y receptors, including some responsive to the pyrimidines, UTP and UDP[18]. It was shown that three of the P2X receptor subunits combine to form cation pores either as homomultimers and heteromultimers, and more recently heterodimerization has been shown between P2Y receptor subtypes. Many non-neural as well as neuronal cells express multiple receptors[19] and this poses problems about how they mediate interacting physiological events. It is becoming clear that the purinergic signaling system has an early evolutionary basis with fascinating recent studies showing cloned receptors in two primitive invertebrates, Dictyostelium and Schistosoma that resemble mammalian P2X receptors.

While early studies were largely focused on short-term signaling in such events as neurotransmission, neuromodulation, secretion, chemoattraction and acute inflammation, there has been increasing interest in long-term (trophic) signaling involving cell proliferation, differentiation, motility and death in development, regeneration, wound healing, restenosis, epithelial cell turnover, cancer and ageing. For example, in blood vessels there is dual short-term control of vascular tone by ATP released as an excitatory cotransmitter from perivascular sympathetic nerves to act on P2X receptors on smooth muscle, while ATP released from endothelial cells during changes in blood flow (shear stress) and hypoxia acts on P2X and P2Y receptors on endothelial cells leading to production of nitric oxide and relaxation[20]. In addition, there is long-term control of cell proliferation and differentiation, migration and death involved neovascularization, restenosis following angioplasty and atherosclerosis.

There is now abundant evidence for the widespread expression of purinoceptors in the gut involved in synaptic transmission and neuromodulation in the myenteric and submucous plexuses, in control of secretion, in peristaltic reflex activity and in mediation of colic pain[21-23].

Primitive sprouting of central neurons was shown in experiments in which the enteric nervous system was transplanted into the striatum of the brain[24]. It was later shown that this was due to a growth factor, released from enteric glial cell acting synergistically with ATP, its breakdown product adenosine and nitric oxide. It is suggested that similar synergistic activity of purines and growth factors might be involved in stem cell activity.

It was established early that ATP was a major cotransmitter with ACh in parasympathetic nerves mediating contraction of the urinary bladder of rodents. In healthy human bladder, the role of ATP as a cotransmitter is minor. However, in pathological conditions, such as interstitial cystitis, outflow obstruction and most types of neurogenic bladder, the purinergic component is increased to about 40%. Similarly, in spontaneously hypertensive rats, there is a significantly greater cotransmitter role for ATP in sympathetic nerves.

P2X3 receptors were cloned in 1995 and shown to be largely located in small nociceptive sensory nerves that label with isolectin B4[25,26]. Central projections are located in inner lamina 2 of the dorsal horn of the spinal cord and peripheral extensions in skin, tongue and visceral organs. A unifying purinergic hypothesis for the initiation of pain was published[27] and a hypothesis describing purinergic mechanosensory transduction in visceral organs in 1999[28], where ATP, released from lining epithelial cells during distension, acts on P2X3 and P2X2/3 receptors in subepithelial sensory nerve endings to send nociceptive messages via sensory ganglia to the pain centers in the brain. Supporting evidence including: epithelial release of ATP; immuno-localization of P2X3 receptors on subepithelial nerves; and activity recorded in sensory nerves during distension that is mimicked by ATP and reduced by P2X3 receptor antagonists, has been reported in the bladder, ureter and gut[29]. Purinergic mechanosensory transduction is also involved in urine voiding. There is also strong interest in the potential roles of purinergic signaling in trauma and ischemia, neurodegenerative conditions including Alzheimer’s, Parkinson’s and Huntington’s diseases and in multiple sclerosis and amyotrophic lateral sclerosis.

Purinergic signaling is now widely accepted for its involvement in a wide spectrum of physiological and pathophysiological activities[3,30]. This was recognised by the Award for ‘Lifetime Achievement in Digestive Sciences’, the Janssen Award in Gastroenterology 2000, The Royal Society Gold Medal, 2000, the Copernicus Gold Medal, Ferrara, 2009, the British Neuroscience Annual Award for ‘Outstanding Contributions to British Neuroscience’ 2009 and the Gaddum Memorial Award of the British Pharmacological Society, 2010.