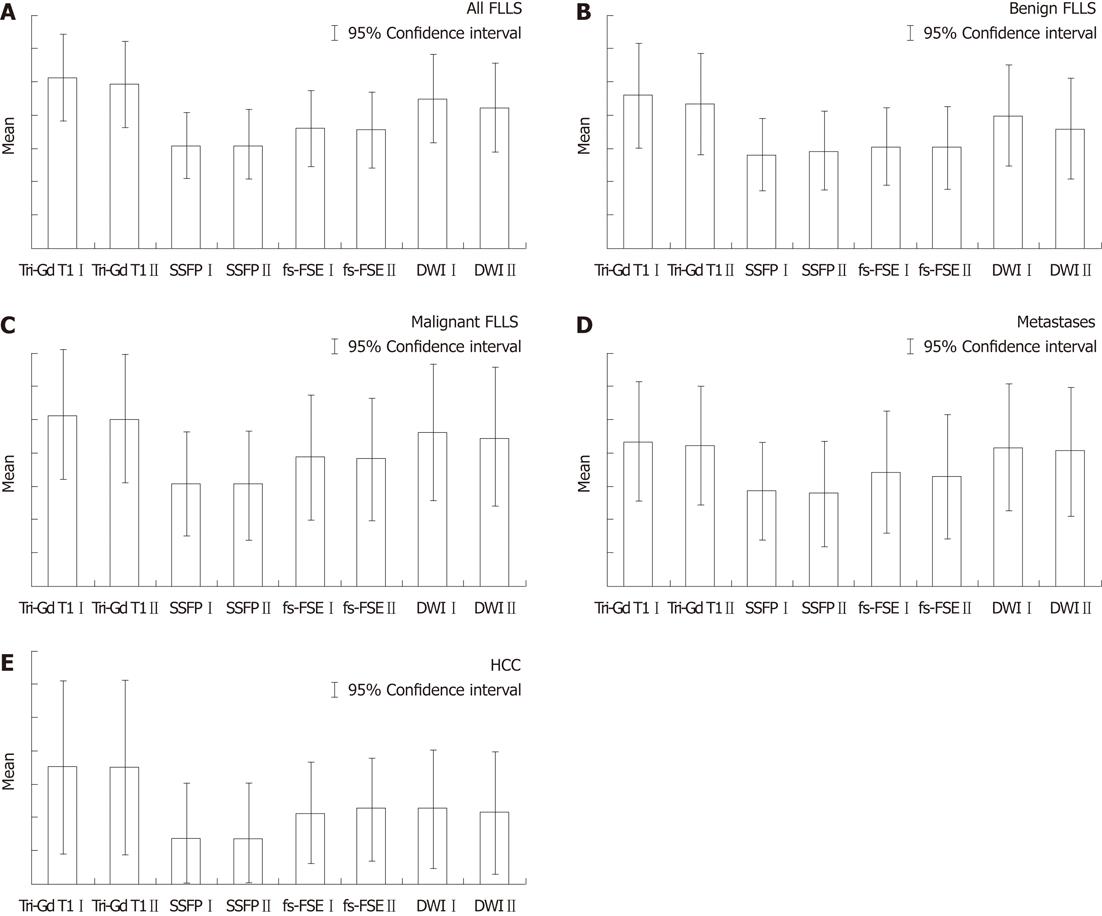 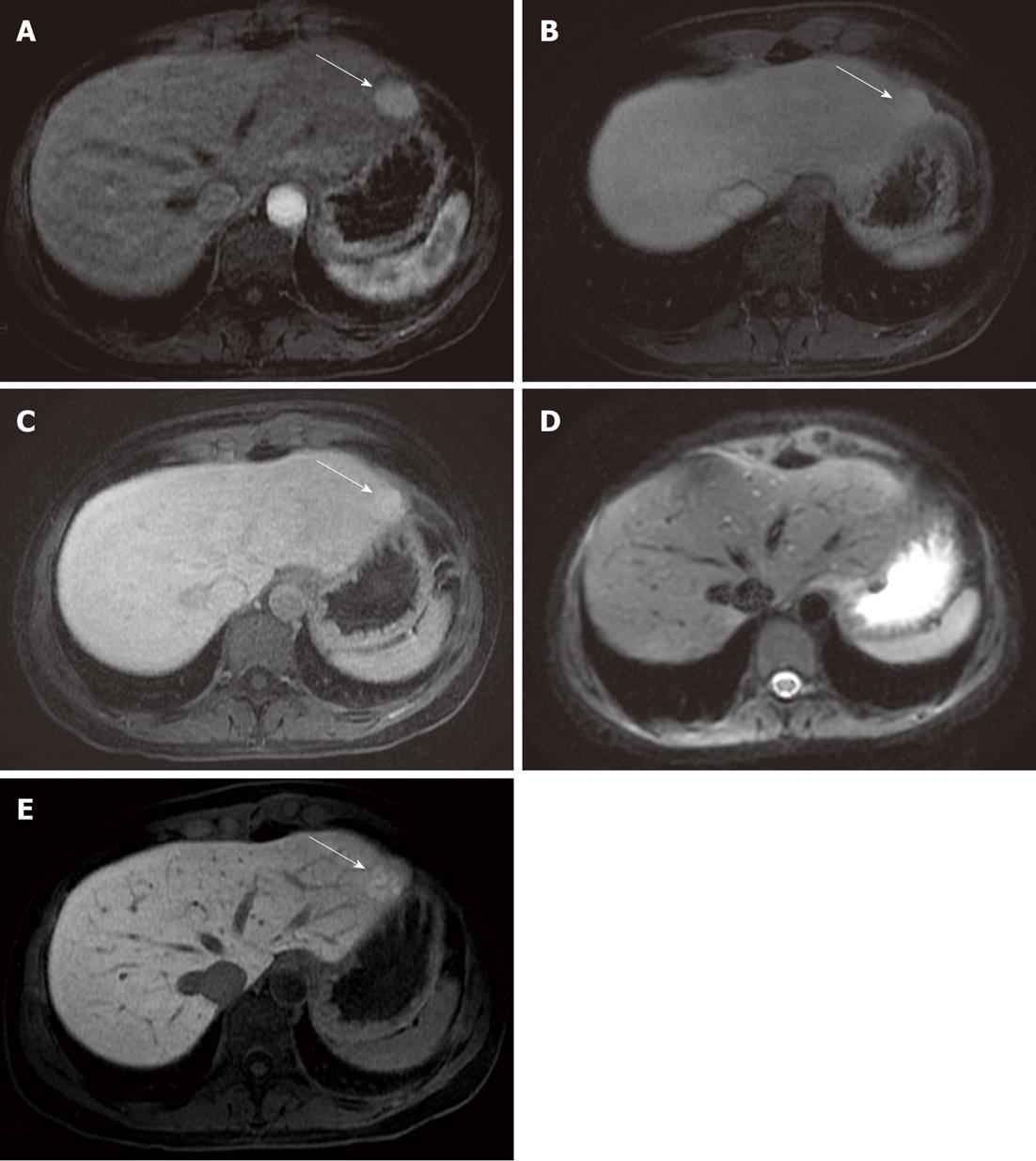 Figure 2 Focal nodular hyperplasia found in the left liver lobe (arrow). A: A round-shaped solid lesion (arrow) is depicted in the left liver lobe (in the II segment); B, C: The lesion (arrow) appears homogeneously hyperintense in the arterial phase, and remains slightly hyperintense in the portal and in the equilibrium phase; D: The lesion was missed on the diffusion image by both readers, probably due to its location near the gastric wall, along the liver surface; E: In the hepato-specific phase, the lesion (arrow) shows uptake of gadolinium-ethoxybenzyl-diethylenetriamine pentaacetic acid; a diagnosis of focal nodular hyperplasia was suggested due to the dynamic behavior observed after contrast administration.

Figure 3 Hepatocellular carcinoma in the left liver lobe. A: Hypervascular lesions depicted (arrows) in the arterial phase; B: Lesions show wash-out in the venous phase (arrows), suggesting the diagnosis of hepatocellular carcinomas; C: On diffusion imaging, acquired at b10 value, lesions were not detected by the readers, due to their location near the gastric wall. 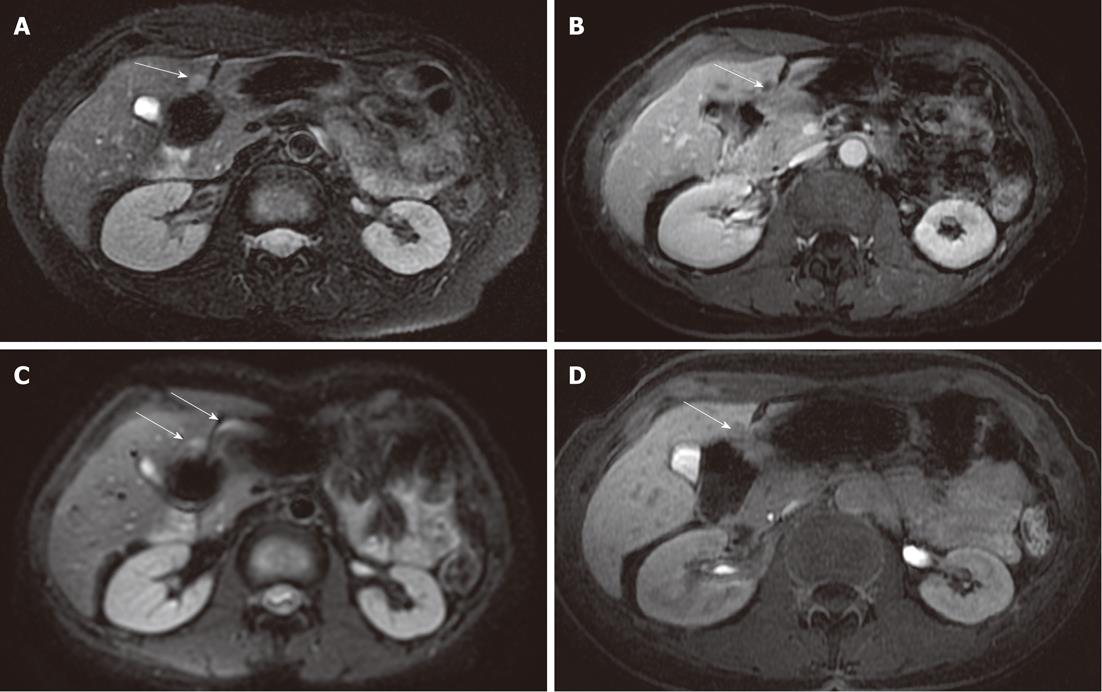 Figure 4 Metastasis in the IV segment. A: A metastatic lesion in colon carcinoma is depicted in the most caudal area of the IV liver segment, it was well depicted in the fat-suppressed fast spin-echo T2-weighted sequence (arrow); B: In the gadolinium-enhanced acquisition (arrow); C: The lesion is poorly represented in the diffusion-weighted imaging, covered by magnetic susceptibility artifacts due to the adjacent intestinal loop (arrows); D: Delayed imaging after gadolinium-ethoxybenzyl-diethylenetriamine pentaacetic acid confirmed the metastatic lesion (arrow).