METHODS: A systematic review was performed using MEDLINE for the time period of 2008 to December 2014 to retrieve all relevant literature. The search terms were “laparoscopy”, “single incision”, “single port”, “single site”, “SILS”, “LESS” and “colorectal cancer”. Publications were included if they were randomized controlled trials, case-matched controlled studies, or comparative studies, in which patients underwent single-incision (SILS or LESS) laparoscopic colorectal surgery. Studies were excluded if they were non-comparative, or not including surgery involving the colon or rectum. A total of 15 studies with 589 patients who underwent SILC for colorectal cancer were selected.

RESULTS: No significant differences between the groups were noted in terms of mortality or morbidity. The benefit of the SILC approach included reduction in conversion rate to laparotomy, but there were no significant differences in other short-term clinical outcomes between the groups. Satisfactory oncological surgical quality was also demonstrated for SILC for the treatment of colorectal cancer with a similar average lymph node harvest and proximal and distal resection margin length as multiport CLC.

CONCLUSION: SILC can be performed safely with similar short-term clinical and oncological outcomes as multiport CLC.

Core tip: The aim of this review is to determine the effect of single-incision laparoscopic colectomy (SILC) for colorectal cancer by comparison with multiport conventional laparoscopic colectomy (CLC). A total of 15 studies with 589 patients who underwent SILC for colorectal cancer were selected. No significant differences between the groups were noted in terms of short-term clinical and oncological outcomes, but there was a reduction in the conversion rate to laparotomy in the SILC group. We concluded that SILC can be performed safely with similar short-term clinical and oncological outcomes as multiport CLC.

Many surgeons have attempted to reduce the number and size of ports used in laparoscopic surgery in order to decrease parietal trauma and improve cosmetic results, and single-incision laparoscopic surgery (SILS), in which the laparoscopic procedures are completed using trocars placed in a single umbilical incision, has recently been developed[1].

Since the oncologic safety of laparoscopic colectomy in cancer patients has been proven in randomized trials[2], laparoscopic surgery has steadily become a safe and practical treatment option for these patients, even those with malignant disease of the colon and rectum.

Single-incision laparoscopic colectomy (SILC) is a challenging procedure. Although it seems to be safe and feasible, there is insufficient clinical evidence to confirm this. Moreover, it is unclear whether SILC is able to achieve satisfactory oncologic results in colorectal cancer patients compared to multiport conventional laparoscopic colectomy (CLC).

The aim of this systematic review is to compare the short-term clinical and oncological outcomes following SILC and multiport CLC.

An electronic search was performed using MEDLINE databases from 1966 to 2014. The search terms were “laparoscopy”, “single incision”, “single port”, “single site”, “SILS”, “LESS”, and “colorectal cancer”. The authors performed the electronic searches in December 2014. Publications were included if they were randomized controlled trials, case-matched controlled studies, or comparative studies, in which patients underwent single-incision (SILS or LESS) laparoscopic colorectal surgery. Studies were excluded if they were non-comparative, or not including surgery involving the colon or rectum.

Articles were selected if the abstract contained data on patients who underwent SILC for colorectal diseases in the form of randomized controlled trials (RCTs) and other controlled or comparative studies. Conference abstracts were excluded. To avoid duplication of data, articles from the same unit or hospital were excluded. Reports including benign colorectal diseases or reports with fewer than 10 cases of SILC and review articles were excluded from this study. Data extracted for this study were taken from published reports, and authors were not contacted to obtain additional information. The flow chart of the selection process is summarized in Figure 1. 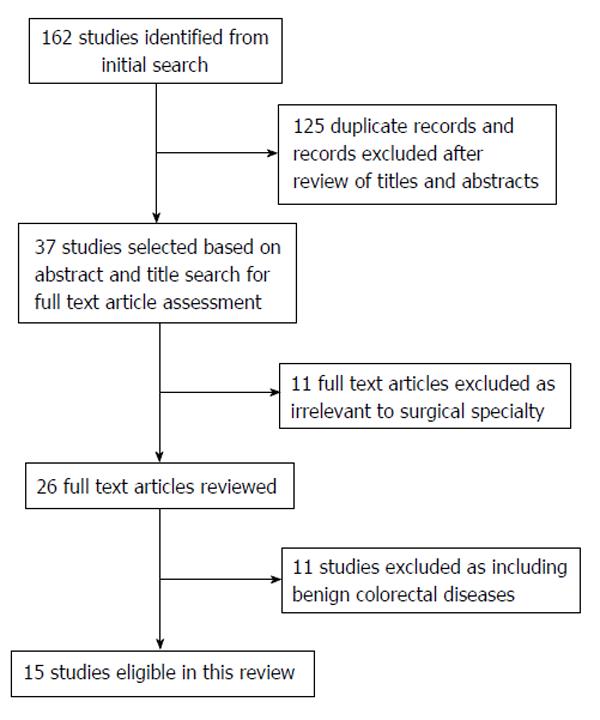 Figure 1 Flow chart of the selection process for studies included in the systematic review.
Results of the literature research

By using the above search strategy, a total of 162 potentially relevant citations were found. After the exception of 125 duplicate citations, we excluded 86 articles irrelevant to the surgical specialty and 26 relevant articles by reviewing titles and abstracts. Fourteen publications were selected for review of the full text[3-17] and 11 articles including benign colorectal diseases were excluded from this study. There were 13 comparative studies, including 5 case-matched ones, between SILC and conventional laparoscopic procedures. There were two RCTs in the selected literature[10,11].

The literature search identified one randomized controlled trial and 13 cased-matched control or comparative studies[3-17]. In total, 1559 colorectal resections were included, 589 by SILC and 970 by CLC. Table 1 describes basic demographic data from each study, including patient age, male-female ratio, body mass index, and colorectal surgical procedure breakdown (right, left, or total). There were no differences in patient characteristics in all studies.

The average operative time was described in 14 of the included studies. Takemasa et al[16], in their case-matched series, reported that operation time was significantly shorter in the group treated by right-sided SILC (n = 69) than in the group treated by right-sided CLC (n = 69) (168 ± 32 min vs 179 ± 32 min, respectively, P = 0.046). The average estimated blood loss was described in 14 studies; there were no significant differences in all reports.

Thirteen studies described conversion to open surgery, which was 0.92% in the SILC group and 3.04% in the CLC group. An additional 13.3% of SILC procedures required the insertion of an additional port to allow completion of the operation (Table 2).

Fourteen studies reported the average length of hospital stay. Poon et al[11] reported that the median hospital stay in the SILC group was shorter than that in the CLC group in their study.

With regard to oncologic clearance, 14 studies reported average lymph node harvest. The length of proximal resection margin was reported in 7 studies, and that of distal was reported in 8 studies. The mean number of harvested lymph nodes and proximal and distal resection margins did not differ significantly between the two groups. Papaconstantinou et al[5] reported that the mean follow-ups were 13 and 21 mo for the SILC and CLC groups, respectively (P < 0.001), with 2 (8%) recurrences in each group, and no port-site recurrences or deaths. Disease-free survival at 1 year was 92% for both groups. Yun et al[15] reported that the mean follow-up periods were 24.5 mo for the SILC group and 26.4 mo for the CLC group (P = 0.098), with 6 recurrences in the SILC group (9.1%) and 3 recurrences in the CLC group (3.2%) (P = 0.120). One death occurred in the CLC group. Disease-free survival at 24 mo did not differ significantly between the 2 groups (89.7% vs 96.3%, P = 0.120) (Table 4).

Natural orifice transluminal endoscopic surgery (NOTES) has recently been developed as a new less invasive type of surgery; however, NOTES is technically challenging, and the currently available instruments need to be improved. As a bridge between traditional laparoscopic surgery and NOTES, SILS was developed to further minimize the invasiveness of laparoscopic surgery by reducing the number of incisions required. SILS can be performed by refining existing technology, and it does not require the surgeon to learn any new skills.

SILC for colon cancer was first described by Bucher et al[18] and Remzi et al[19] in 2008. Although many authors have reported that SILC provides a better cosmetic result with similar perioperative results, the procedure remains somewhat controversial. Several studies of SILC were designed to include both cancerous and noncancerous lesions, such as adenoma, diverticulitis, and inflammatory disease. The aim of this review of 14 studies was to compare short-term clinical and oncological outcomes from SILC with those of CLC only for colorectal cancer.

The major findings of the analysis showed no significant differences between the groups in terms of mortality or morbidity. Operative time was also similar between the groups. The benefits of a minimally invasive approach were enhanced within the SILC group as reflected by a reduction in estimated blood loss and length of hospital stay. The incidence of conversion to an open procedure was also significantly reduced in the SILC group (SILC 0.92% vs CLC 3.04%, P = 0.016); however, 13.3% of SILC procedures required the insertion of an additional port to allow completion of the operation. The oncological safety of SILC for the treatment of colorectal cancer, as evidenced by similar average lymph node harvest as well as proximal and distal resection margin length, was comparable to that of CLC.

The patient populations for both groups were similar in terms of age, body mass index, and right vs left colorectal procedures. However, male gender was significantly less in the SILC group, which implies a degree of selection bias may have been present in the studies included and thus represents a significant confounder in the interpretation of the short-term outcomes presented.

Reduction of postoperative pain is an important benefit associated with a minimally invasive approach to surgery. The transition from an open to a laparoscopic procedure was revolutionary and associated with large improvements in postoperative pain. Although Poon et al[11] and Takemasa et al[16] revealed reduction of pain scores following SILC compared to CLC in their studies, the evolution from a conventional multiport laparoscopic approach to a single-incision technique is less dramatic and may only result in incremental improvements in postoperative pain.

The oncological surgical quality of a SILC approach was demonstrated by a similar average lymph node harvest and proximal and distal resection margins compared to those of CLC. With regards to survival, Papaconstantinou et al[5] reported that the mean follow-ups were 13 and 21 mo for the SILC and CLC groups, respectively, and that the recurrence rates and disease-free survivals (DFSs) at 1 year were equivalent in both groups. Yun et al[15] showed that the mean follow-up periods were 24.5 mo for the SILC group and 26.4 mo for the CLC group, and that the recurrence rates and DFSs at 2 years did not differ significantly between the two groups. Comparison of long-term survival following SILC and CLC for colorectal cancer is clearly an important area for future research.

Despite this present review being the largest analysis on comparison between SILC and CLC for colorectal cancer to date, there are important limitations that must be acknowledged. Currently, only 2 RCTs have been published on this subject, and therefore, important confounding factors, including patient medical comorbidities, may not be evenly distributed between the groups, thus influencing the results generated. Furthermore, there was a wide range in surgical techniques and devices used that were included in the SILC group.

Aim to determine the effect of SILC for colorectal cancer on short-term clinical and oncological outcomes by comparison with multiport CLC.

The article is very interesting and good enough, focused details are well described and may show a step forward in the field of minimally invasive surgery.