Gastric cancer (GC) is the second most common digestive system cancer. As estimated by GLOBOCAN in 2018, the incidence of GC ranks fifth among all cancers, with 1 million new cases and 780 thousand deaths worldwide[1]. Radical resection plus standardized D2 Lymphadenectomy is the standard method for curative intention[2]. The 5-year survival rate of early GC patients has reached 90%, causing concern about these patients’ quality of life after gastrectomy[3,4]. With the number of cancer-related deaths decreasing among postoperative GC patients, the control of chronic diseases has become another medical concern.

To our knowledge, the extent of gastrectomy and reconstruction methods in bariatric surgery has a strong level of similarity with that in gastrectomy of GC patients. Therefore, surgeons began to pay close attention to the remission of hypertension or T2DM after gastrectomy in patients who suffer from concurrent GC and metabolic comorbidities[10,11]. Fortunately, this hypothesis was proposed in some previous studies of oncometabolic surgery[12,13]. It has been reported that insulin resistance improves and fasting blood glucose returns to normal after gastrectomy, although controversy regarding the mechanism underlying this remission still exists[14]. There was a retrospective study of 143 patients in which the hypertension remission rate after gastrectomy was evaluated[15], and it was relatively less than the T2DM remission rate reported in previous studies. 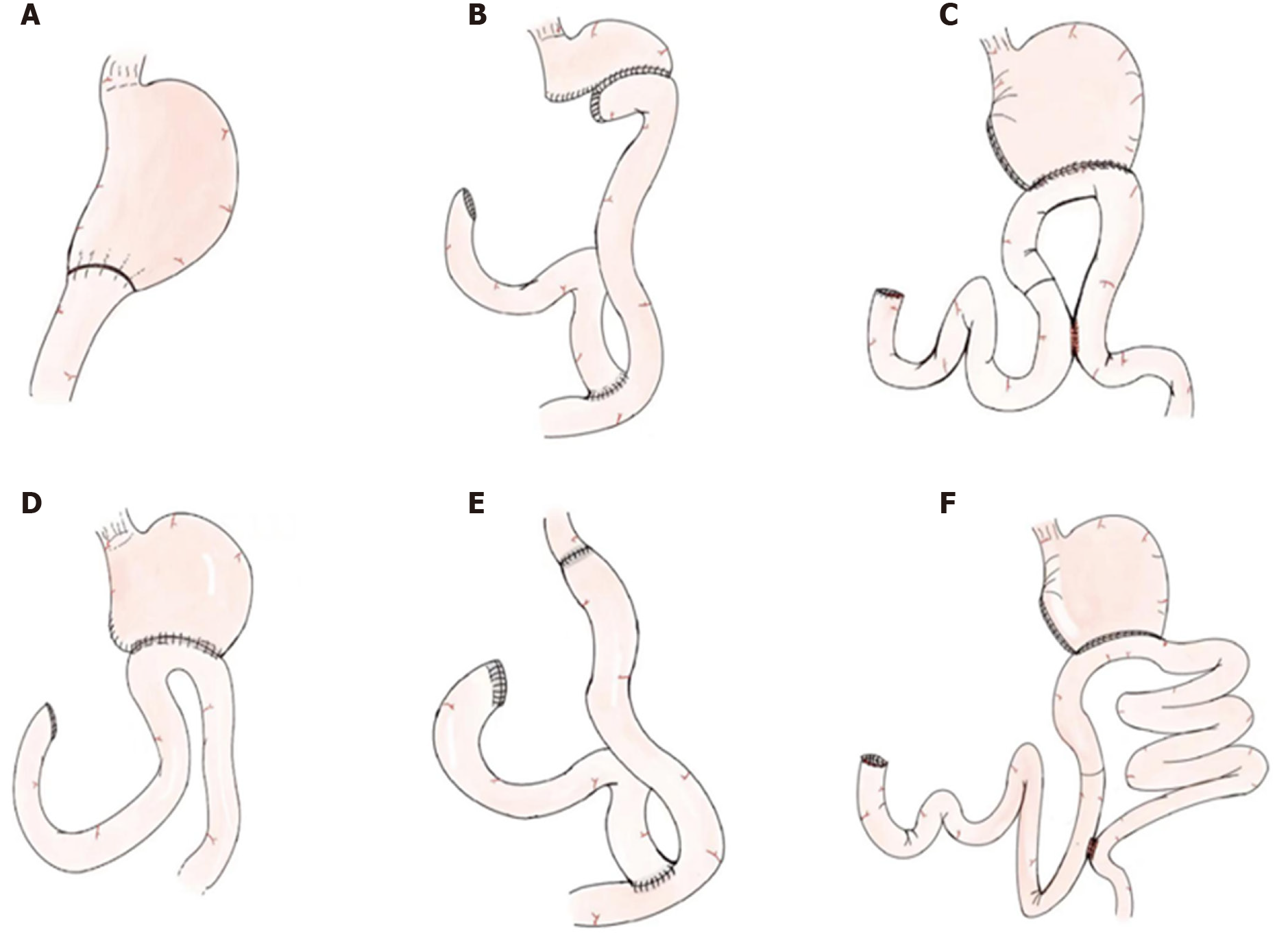 The remission of T2DM could also have an impact on overall survival. Wei et al[23] compared a remission group with a non-remission group and found that recovery from pre-existing T2DM after radical gastrectomy was associated with better overall survival; however, the study included only 67 patients, and larger studies are needed in the future[23].

There were some limitations because of the limited number of studies. Previous studies reported on the remission of hypertension; however, the follow-up time was short, and hypertension might reoccur in long term follow-up. In addition, the improvement of sodium absorption dysfunction, instead of weight loss, might be the factor leading to better management of blood pressure. However, no studies have reported the lifestyle factors of patients after gastrectomy, including physical exercise, drinking and smoking, and these lifestyle factors might also play an important role in hypertension remission.

Furthermore, the mechanism underlying hypertension remission is still unknown. It is hypothesized that the levels of some hormones, such as renin, angiotensin II, aldosterone, adiponectin, GLP-1, and tumor necrosis factor, might cause blood pressure fluctuations. However, a previous study found no difference in serum levels of these indicators before and after surgery. Thus, more experiments need to be carried out in the future.

Evidence for the effects of bariatric surgery (also referred to as metabolic surgery) on T2DM remission has been demonstrated in previous studies. Metabolic surgery is expected to become an alternative for the treatment of T2DM in the future, instead being used only for weight loss[28]. Similarly, it is notable that gastrectomy has the same metabolic effect as bariatric surgery on patients with concurrent GC and metabolic comorbidities. Thus, oncometabolic surgery, which has been considered a developing concept in recent years, has the ability to improve the quality of life of patients with metabolic comorbidities[10,16]. Surgeons continuously improve traditional gastrectomy techniques to benefit patients. T2DM remission after gastrectomy has been found to be associated with better overall survival outcomes[23], but there is no previous evidence demonstrating a relationship between hypertension remission and overall survival outcomes. Short follow-up times are the current obstacle to the observation of the remission of comorbidities that may influence long-term survival rates after gastrectomy.

With the maturation of the concept of oncometabolic surgery, the opportunity to treat both GC and metabolic diseases through a single operation is possible.

We acknowledge all the authors whose publications are referred in our article.