The authors report the case of a primary small bowel lymphoma discovered incidentally in a 33-year-old male following ileal intubation at colonoscopy. The patient subsequently underwent curative treatment with chemotherapy. This case not only highlights the importance of routine ileoscopy but also the successful use of chemotherapy in a disease for which the optimal treatment modality has not been well characterized.

Primary small bowel lymphoma is uncommon. It usually presents as a surgical emergency, including obstruction or perforation. While surgery is the mainstay of management, other treatment modalities have been used successfully. We report a case of lymphoma involving the terminal ileum discovered at routine ileal intubation and successfully treated with chemotherapy.

A 33-year-old male with an unremarkable medical history presented to the outpatient department with a 3 mo history of left iliac fosse discomfort and intermittent rectal bleeding. The patient denied nausea, vomiting or a change in bowel habit. The patient underwent colonoscopy which demonstrated unremarkable colonic mucosa. However, intubation of the terminal ileum revealed a 4 cm non-obstructing mass lesion just proximal to the ileocecal valve (Figure 1). 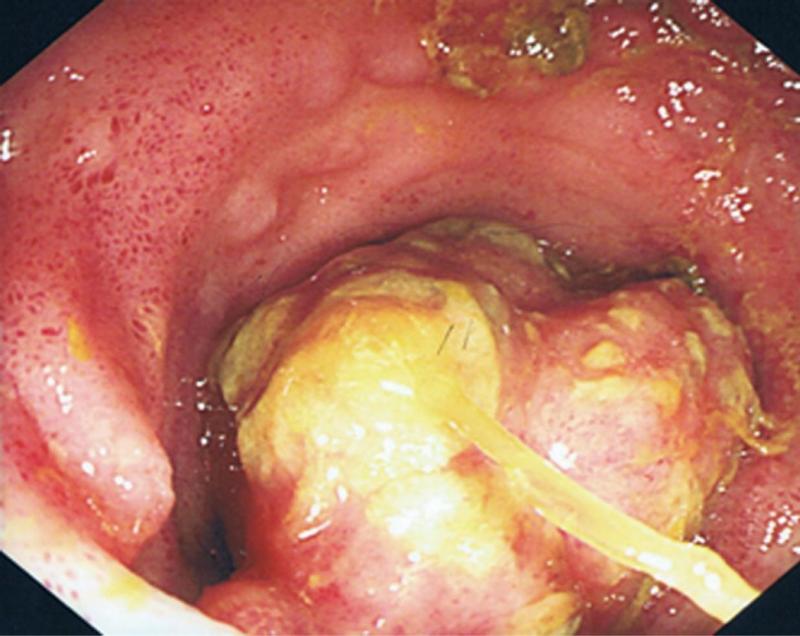 Figure 2 Histological image demonstrating HE staining (A) and immunohistochemical staining positive for the L26 marker (B) confirming a large diffuse B-cell non-Hodgkin’s lymphoma. 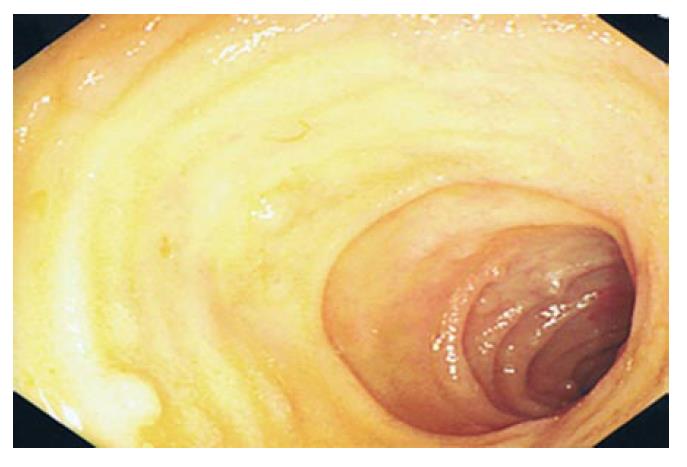 The gastrointestinal tract, accounting for up to 40% of all extranodal disease, is the most commonly involved site for primary extranodal non-Hodgkin’s lymphoma. The most frequent primary sites are the stomach and small intestine, accounting for 60% and 20% respectively[1]. While the lymphoma in our patient was discovered as an incidental finding following routine ileal intubation, small intestinal lymphoma typically presents with abdominal pain, weight loss or acute surgical conditions such as obstruction and perforation[2,3].

In contrast to gastric lymphoma, the optimal treatment modality for primary small bowel lymphoma has not been well characterized. Surgery alone[4,5], or in combination with chemotherapy[6,7], is considered the mainstay of treatment for localized disease. However, some reports have demonstrated benefit from sole treatment with either chemo- or radiotherapy in localized disease[8,9].

Ileal intubation as part of the colonoscopic examination is a topic of great debate. It has been demonstrated that performing routine ileal intubation, when not indicated, is of little diagnostic value[10,11]. However, mastering this technique is an important part of colonoscopic training. Furthermore, visualization of ileal mucosa is the most definitive landmark that the colonoscopy has been successfully completed.

This case highlights the benefit of performing routine ileal intubation, which is a topic of great debate, and curative treatment of primary localized small bowel lymphoma with chemotherapy.