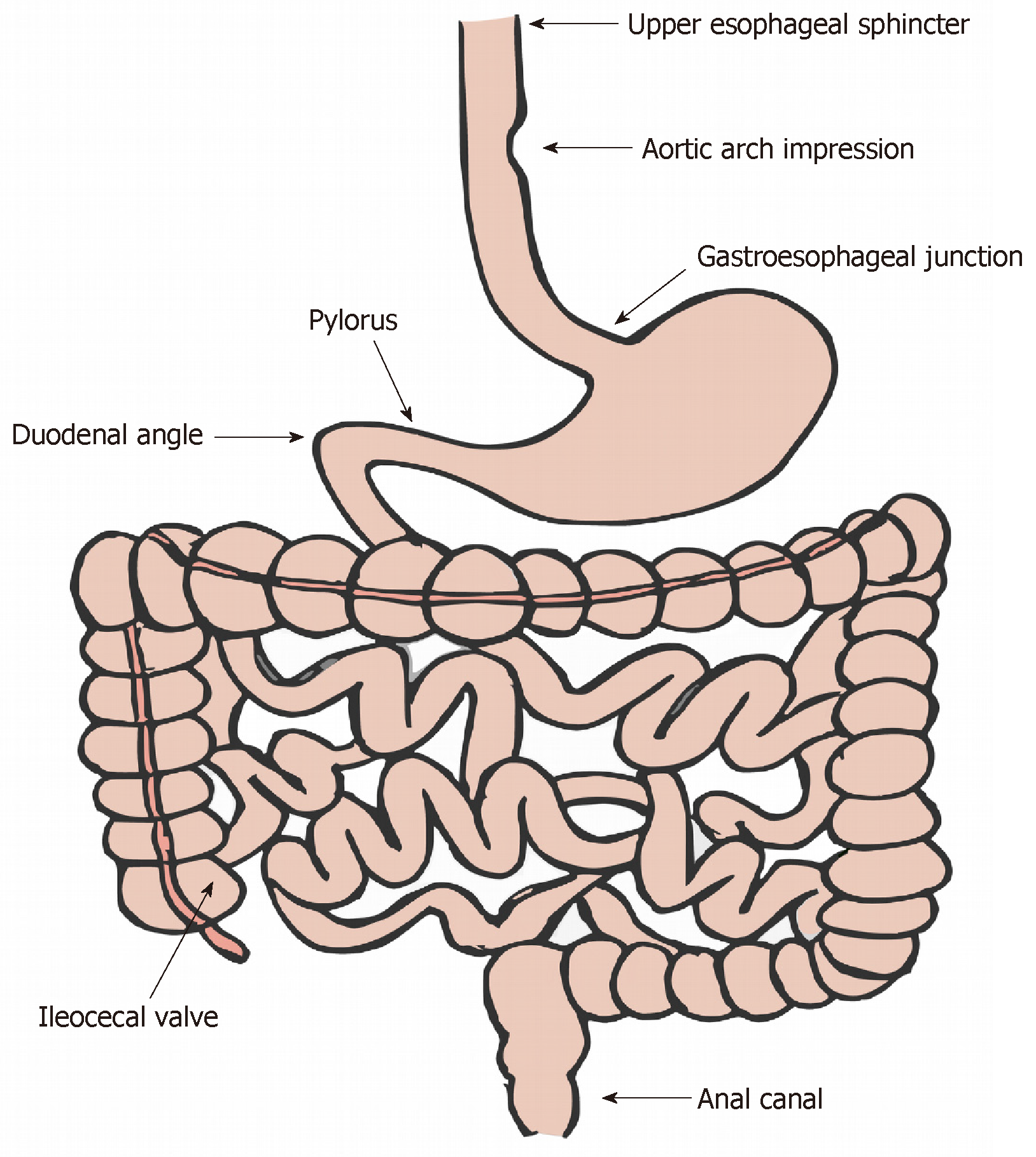 Figure 1 Areas of acute angulation and narrowing (physiologic or pathologic) in the gastrointestinal tract. The areas depicted represent sites of potential food or foreign object impaction.

Figure 2 Computed tomography revealing an esophageal food impaction. A: Axial tomogram revealing a food bolus (arrow) in the distal esophagus; B: Sagittal tomogram reveals a sliver of space around the bolus (vertical arrow) suggestive of an opportunity to wedge in the endoscope and employ the push technique or to pass a guidewire (e.g., for the balloon dilation technique). 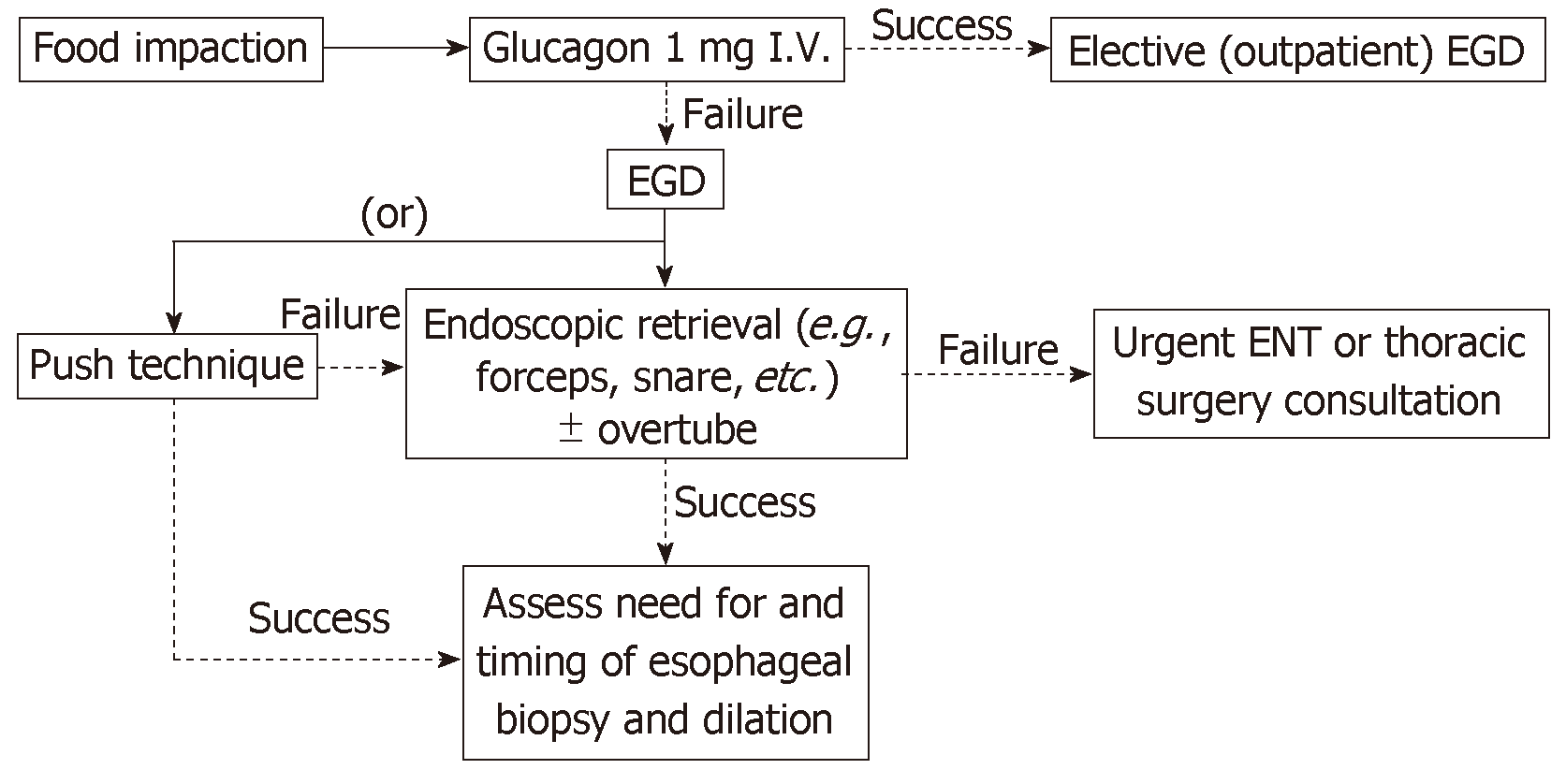 Figure 3 Proposed management algorithm for esophageal food impaction. In the management of esophageal food impaction, the use of glucagon can be first attempted to relax the esophagus and promote spontaneous passage. If unsuccessful, endoscopic retrieval or advancement of the bolus into the stomach can be attempted. EGD: Esophagogastroduodenoscopy; ENT: Ear, nose, and throat (otolaryngology). 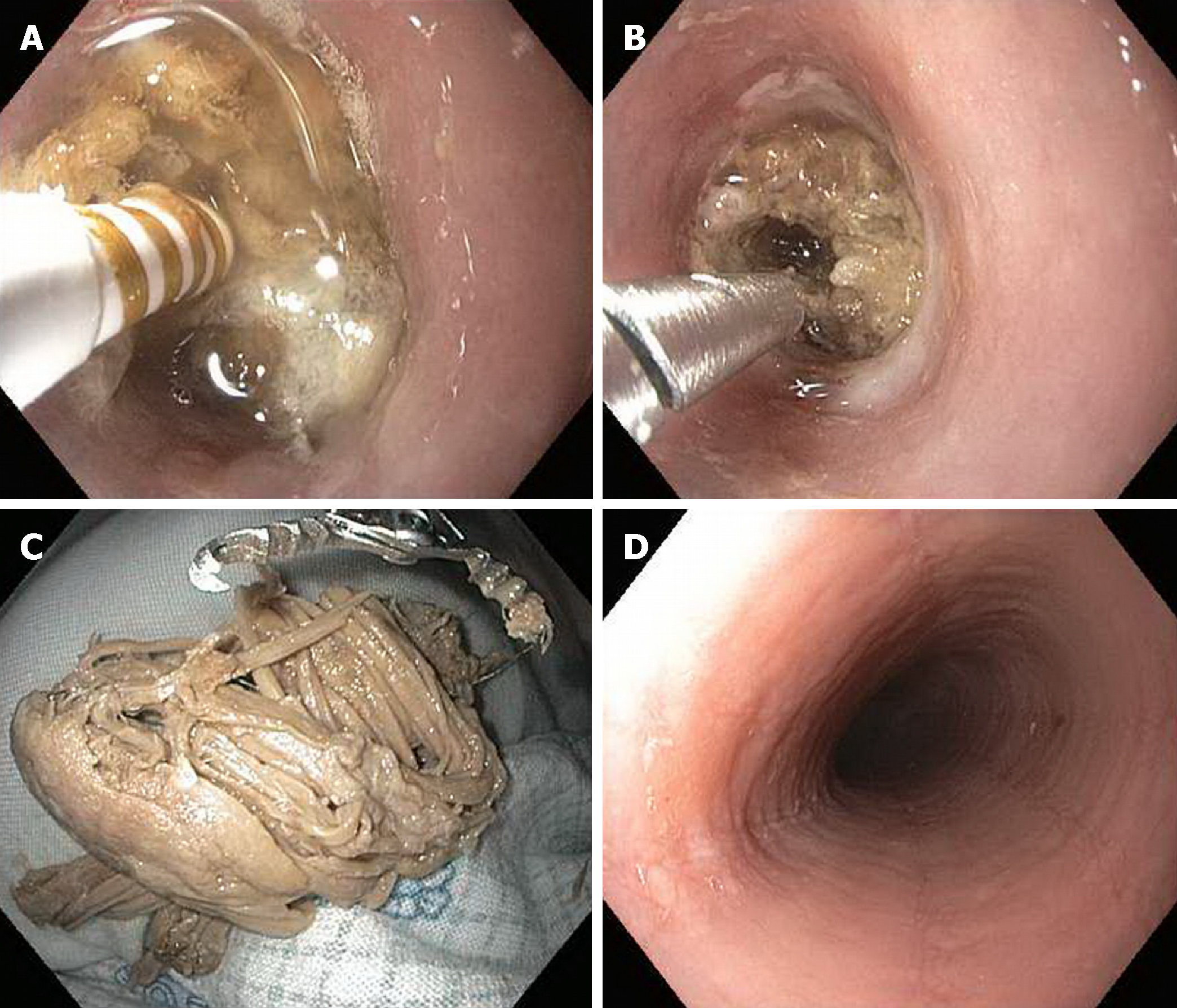 Figure 4 Esophageal food impaction removal. A 48-year-old man in whom attempted extraction of an esophageal food impaction had failed at an outside emergency department was emergently referred to our institution for further management. Endoscopic examination revealed a boneless meat bolus lodged in the mid-esophagus. A: A tract in the center of the bolus was made using a bipolar coagulation probe; B, C: Next, an Ovesco triprong anchor was deployed in the tract (B), and the meat bolus was extracted in one piece (C). D: Mucosal changes including a ringed esophagus, longitudinal furrows, and small-caliber esophagus were found (D), and mucosal biopsies demonstrated evidence of underlying eosinophilic esophagitis[103].

Figure 5 Proposed management algorithm for true foreign body ingestion. Timing (emergent, 2-6 h; urgent, < 24 h) and management of true foreign body ingestions depend on the nature as well as the location of the object. In some instances, imaging and/or surgical consultation may be indicated prior to deciding upon endoscopic intervention; indeed, individualized decisions often need to be made weighing the risks and benefits of endoscopic intervention in a particular case, recognizing that in some scenarios, observation may overall be a safer and more preferable management strategy than endoscopic or other intervention.

Figure 6 Endoscopic extraction of embedded toothpick. An 82-year-old woman with remote history of accidental toothpick ingestion and presumed spontaneous passage underwent colonoscopy for fecal incontinence. A, B: Upon reaching the rectosigmoid junction, polypoid inflammatory changes were visualized at the base of both ends of what appeared to be an embedded toothpick; C: Colorectal surgery was called to the procedure room, and a multidisciplinary decision was made to attempt endoscopic removal. Using standard biopsy forceps, the toothpick was grasped and, using gentle traction, successfully removed in two pieces. 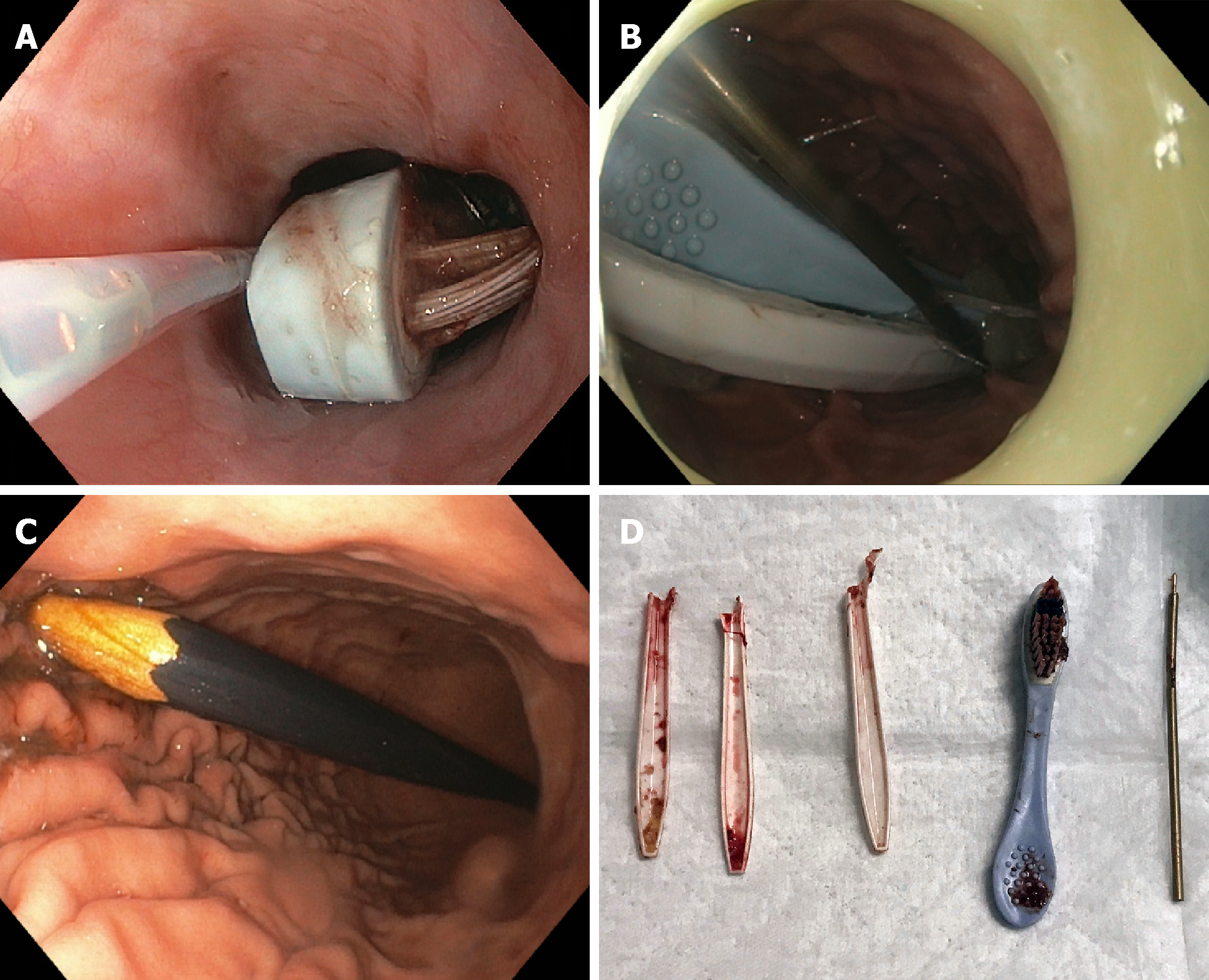 Figure 7 Endoscopic extraction of multiple long objects. A, B: A 36-year-old male was found to have multiple foreign ingested objects in the stomach, including a toothbrush (A), pen cartridge, and several forks (B); C: On subsequent encounters, the same patient was found to have other ingested objects, including pencils; D: Items recovered during endoscopy are shown in. 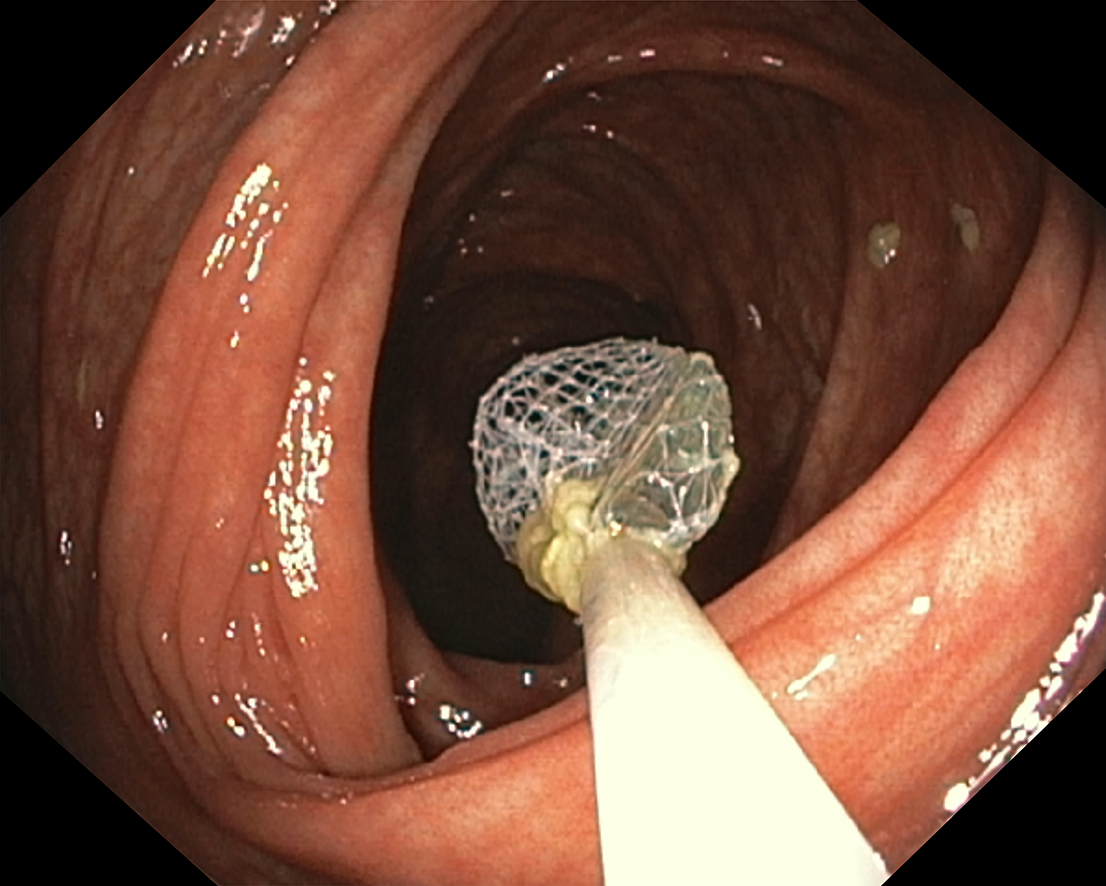 Figure 8 Retrieval of foreign object with Roth retrieval net. A 27-year-old man who reportedly swallowed glass while working under a skylight that shattered. A glass shard was removed from the cecum via colonoscopy with a retrieval net[148]. 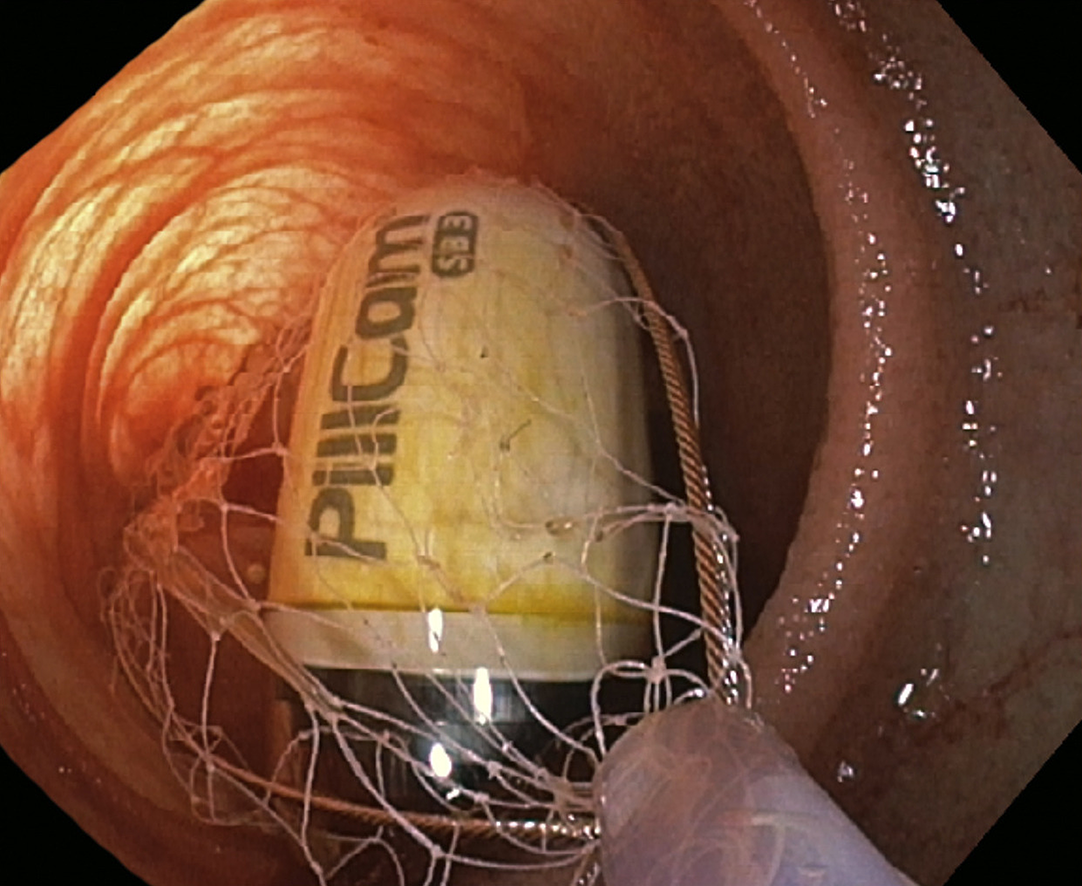