AIM: To explore the instabilities, polymorphisms and other variations of mitochondrial D-loop region and downstream gene 12S rRNA-tRNAphe in gastric cancers, and to study their relationship with gastric cancer.

RESULTS: PolyC or (CA)n instabilities were detected in 13/22(59.1%) gastric cancers and 9/22(40.9%) in the control (P > 0.05). There existed 2/12(16.7%) and 6/10(60%) alterations of 12S rRNA-tRNAphe in well differentiated gastric cancers and poorly differentiated ones, respectively (P < 0.05). Some new variations were found, among which np 318 and np 321 C-T transitions in D-loop region were two of the five bases for H-strand replication primer. np 523 AC-deletion and np 527 C-T transition occurred at mtTF1 binding site (mtTFBS), which were associated with the transcription of downstream mitochondrial genome. Seven samples showed the np 16182 polyC instabilities, five of which simultaneously showed np 16189 T-C transitions.

Gastric carcinoma is one of the most common cancers in the world. The pathogenesis of gastric carcinoma is complex and multifactorial, among which environmental and biological factors (excessive nitrite salt intake and Helicobacter pylori infection) are important risk factors for gastric cancer, but no clear mechanism has been understood as that of colon cancer[1]. Mitochondrial DNA (mtDNA) is a 16569-bp double stranded, closed circular molecule, which encodes polypeptides participating in oxidative phosphorylation and synthesis of ATP[2]. Compared to nuclear DNA, mtDNA is more susceptible to damage by mutagens and has a high mutant rate[3], because of the lack of protective action by histones and the limited capacity of damage repairing system as in yeast and most nuclear genomes[4]. 12S rRNA and tRNAphe are downstream adjacently coding regions of mitochondrial D-loop region, and could reflect the molecular damage of mtDNA[5]. Mitochondrial D-loop region, containing H-strand origin, H-strand promoter, mtTF1 binding site and conserved sequence block, etc, are involved in the replication and transcription of mtDNA. Genetic instabilities, especially at the D-loop region which is associated with the replication error (RER) phenotype caused by disruption of the DNA mismatch repair system (MMR), are potentially involved in the maintenance of structure and function or even the expression of other mitochondrial genes, and probably also involved in the progressive stage of the disease[6,7].

Gastric cancer and para-cancerous normal tissues were taken from the resected specimens of 22 patients with gastric cancer who underwent surgery between 1999 and 2002 in the First Affiliated Hospital of China Medical University. They were all diagnosed pathologically by HE-stained section and classified according to WHO’s histological classifications of gastric carcinoma.

DNA preparation 30 mg of cancerous tissues and matched normal tissues were homogenized using homogenizer for 30 s, and then digested in 1 mL of 10 mM Tris-HCl, 0.1 M EDTA (pH7.4) containing 0.1 mg/mL proteinase K and 0.5% sodium dodecyl sulfate. DNA was extracted twice with an equal volume of phenol/chloroform/isoamyl alcohol (25:24:1), then with chloroform/isoamyl alcohol (24:1) once. DNA was precipitated with 1/10 volume of 3 M sodium acetate (pH7.4) and two volumes of ethanol, and then rinsed with 70% ethanol. The precipitated DNA was recovered in 50 μL of 10 mM Tris-HCl, 0.1 mM EDTA (pH8.0).

RESULTS
Alterations in D-loop region, 12SrRNA and tRNAphe of mtDNA

Two types of instabilities were detected in D-loop region, which were PolyC and (CA)n instabilities. PolyC instability existed in two regions; one was between np305 and np317, the other between np16182 and np16194. Some normal and cancerous tissues contained two distinct variations of mtDNA, especially the (C)n repeat number (Figures 1A-C). Instabilities including polyC and (CA)n were found in 13/22(59.1%) gastric cancerous tissues and in 9/22 (40.9%) normal tissues (P > 0.05) (Table 1). Some new alterations were found in D-loop region, 12SrRNA and tRNAphe (Table 2), among which np 318 and np 321 C-T transitions in D-loop region were two of the five bases for H-strand replication primer (GCTTC) (Figure 1C). np 523 AC-deletion and np 527 C-T transition (Figure 1D, Figure 1E) occurred at mtTF1 binding site (mtTFBS), which was associated with the transcription of downstream mitochondrial genome. But no alteration was found in the major H-strand promoter (HSP1) and the minor H-strand promoter (HSP2). Seven samples showed the np 16182 polyC instabilities, five of which simultaneously showed np 16189 T-C transition (Figure 1F). 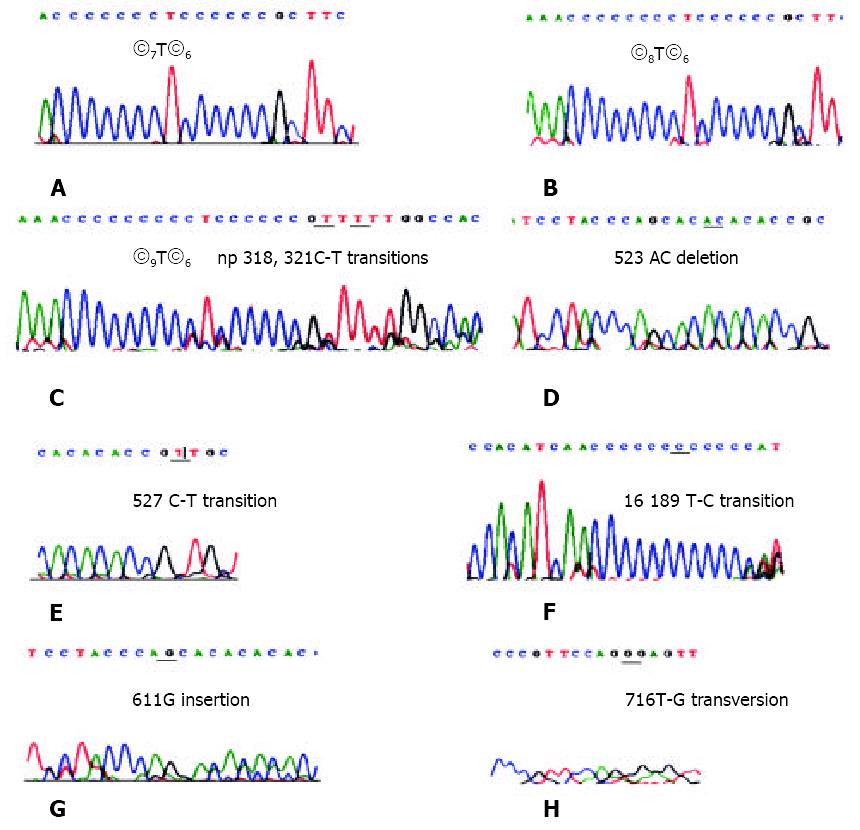 Figure 2 Elements of transcription and translation for mitochondrial coding region 12S rRNA-tRNAphe and non-coding D-loop region. Non-coding D-loop region and genes encoding 12S rRNA and tRNAphe are shown with boxes on the H-strand and L-strand of mtDNA. H1 and H2 are start sites for transcription of H-strand. L is start site for transcription of L-strand. OH is the primary origin of H-strand. mt3, mt4 and mt5 are control elements. TAS: termination-associated sequence. CSB: Conserved Sequence Block.
Relationship between variations of 12S rRNA-tRNAphe and differentiation of gastric cancer

The mitochondrial genome is particularly susceptible to mutations because of the high level of reactive oxygen species (ROS) generated in the organelle[8-10], coupled with a low level of mismatch repair gene (MMR)[11-13]. D-loop is the most variable part of human mitochondrial genome[14] and is hard to ascertain whether some variation is a mutation or not because of complex reasons such as different variations of mtDNA in different subjects[15,16], more polymorphism sites[17,18], age dependent variation[19,20], linkage disequilibrium and recombination[21-23], etc. In addition, mutated mtDNA often occurs together with wild-type mtDNA (heteroplasmic) no matter in normal tissues or in abnormal portions[24,25]. So far, most researches about the mutant positions in mtDNA have been limited to coding regions of mtDNA.

The variations, including point mutation, per se are mostly non-causative, and can not affect the mitochondrial function of tumor cells because sequence variation can be primarily found in individual normal tissues. These variations may occur during aging due to oxygen radical-induced mtDNA damage[8-10,26,27], mtDNA polymerase errors[28], or due to the activation of genes involved in error-prone DNA repair[11-13]. The mutations may become amplified because of an intracellular replicative advantage of mtDNA molecules. The cells with amplified mtDNA may then take over the whole population due to their clonal growth advantage[29].

The variations found in this study occurred in the middle of the promoter for mtDNA H-strand transcription, at a position with high affinity for the mtTF1 transcription factor, in the coding sequence of the RNA primer for H-strand synthesis, or within H-strand origin of DNA synthesis initiation. These variations occurred in DNA sequences that either unwound and bent because of mtTF1 binding at the same or an adjacent position, or formed persistent RNA-DNA hybrids giving rise to an R-loop with a tRNA-like cloverleaf structure at one or more origins of H-strand synthesis. These conformational changes would likely expose single stranded DNA stretches, which might be more susceptible to oxygen radical damage[10].

However, little is known about mtDNA mutation status in gastric tumors except a few reports[30-33]. Tamura et al[30] found two mutations, 10 polymorphisms in 45 Japanese individuals with gastric cancer, but did not find alterations of mononucleotide or dinucleotide repeats such as polyC and (CA)n in D-loop region. He thought that non-instability was related with ethnic difference. We have some doubt about Tamura’s viewpoint. First, how to explain the absence and the presence of mitochondrial instability coexisted in the same population Second, our conclusion of mitochondrial PolyC instability is similar to the research results by Alonso[31] and Habano[32] among Westerners. According to human origin based on the mitochondrial genome[34-36], Chinese and Westerners came from different ancestors[37,38]. It supports our opinion that there is no ethnic difference regarding the absence or presence of D-loop instability in gastric cancer. And it was also found that D-loop instability occurred more often in poorly differentiated gastric cancers than in well differentiated ones, but no statistic significance existed. On the contrary, there existed a significant correlation between the differentiation degree of gastric cancer and the variant frequency of 12S rRNA-tRNAphe, suggesting that poorly differentiated gastric cancers are more prone to variations of mitochondrial coding region 12SrRNA-tRNAphe, or conversely, gastric cancers with more mitochondrial 12S rRNA-tRNAphe variations have a tendency to become poorly differentiated with the presence of other carcinogenic factors. But, Habano et al[32] thought mtDNA mutations contributed to gastric tumorigenesis of intestinal type. Further studies are needed to eventually verify whether mutant mtDNA is related to degree of differentiation or to intestinal type of gastric cancer (according to Lauren’s classification of gastric carcinoma), which is closely related to environmental carcinogenic factors.

We thought that mitochondrial genome of gastric carcinoma was more subjected to mononucleotide or dinucleotide mutation, which may be resulted from functional loss of MMR. MMR system has been found in yeast strains, in which MSH1 and MSH2 are involved in mitochondrial and nuclear DNA repair systems respectively[39]. No MSH1 homologue has been found in mammalian cells. Therefore it remains uncertain whether an MMR system plays a role in the maintenance of mammalian mitochondrial genome. np 16182 C-T transition may be an important reason for np 16189 PolyC instability.

Endogenous and exogenous etiological factors could cause mitochondria oxidative stress by different ways, and make equilibrium disorder of oxidization and anti-oxidization[40,41], which damages mtDNA and mitochondrial double lipid membranes, thus disturbing electron transmission and ATP synthesis. Further damage may change the permeability of mitochondrial membrane, and influence the exchange of ions and macromolecules, even the process of apoptosis[42,43]. In fact, we are not sure whether some special variations and increased variant frequency of mtDNA are the causes of gastric tumorigenesis or just the results of gastric tumorigenesis. It is possible that mtDNA mutations are just the results of clonal expansion of spontaneous somatic mutations that occur at a very low frequency during previous replication of this precursor cell, and become apparent both by clonal expansion of the cell and by predominant selection and later become homoplasmic or at least somewhat predominant within the cell. It also indicates that frequencies and types of mtDNA mutation reflect hidden genetic and environmental actions. If it is true that increased frequencies of mitochondrial variations (especially the mutation) are related to differentiation level of gastric cancer, it must be the result of mtDNA genomic action on nuclear genome directly or indirectly.