AIM: To study the polymorphism of flagellin A genotype and its significance in Helicobacter pylori (H. pylori).

METHODS: As the template, genome DNA was purified from six clinical isolates of H. pylori from outpatients, and the corresponding flagellin A fragments were amplified by polymerase chain reaction. All these products were sequenced. These sequences were compared with each other, and analyzed by software of FASTA program.

RESULTS: Specific PCR products were amplified from all of these H. pylori isolates and no length divergence was found among them. Compared with each other, the highest ungapped identity is 99.10%, while the lowest is 94.65%. Using FASTA program, the alignments between query and library sequences derived from different H. pylori strains were higher than 90%.

CONCLUSION: The nucleotide sequence of flagellin A in H. pylori is highly conservative with incident divergence. This information may be useful for gene diagnosis and further study on flagellar antigen phenotype.

Helicobacter pylori (H. pylori) is widely distributed among humans. It is the major pathogen for most of the gastric diseases. Several potential virulence factors have been suggested to play a role in Helicobacter pathogenesis, t hose studied in most details including the production of abundant amounts of urease, motility, the expression of cytotoxins and other extracellular enzyme, lipo saccharides and adhesion to tissue-specific receptors[1-12].

Even in the viscous environment, a high degree of motility is conferred by three to six flagellas that extends from one pole of the bacterium. The flagella consist of a basal body that contains the motor and the hook structure, the central filament and a membranous sheath enveloping each filament. Flagellin A is the major molecule of filament and responsible for bacterial motility to most degree in H. pylori[13-15].

According to the data reported previously, the sequence of flagellin A is highly conservative in both amino acid and nucleotide level; flagellin A is one of the major antigens to induce the production of antibody in serum[16-20]. Based on these points, flagellin A may be one of the best alternatives for gene diagnosis and designs of vaccine against H. pylori.

Amplification of flagellin A fragment in H. pylori

Genome DNA as template was purified from H. pylori isolates by using genome DNA purification kits (Shanghai Watson Biotech. LTD). Referring to the complete sequence of flagellin A gene in Genbank (X60746), primers were designed by primer 3 program as follows[21]. Forward primer: 5’-GCGGATAAGGCTATGGATGA-3’; reverse primer: 5’-GATCGCTGCGACTAACCTTC-3’. Amplification was proceeded by two-step polymerase chain reaction; that is: 94 °C for 5 min, 94 °C for 45 s, 68 °C for 1 min, 30 cycles，and then 72 °C for 10 min.

Comparison of PCR products and alignment analysis by FASTA program

Sequences of PCR products amplified from six H. pylori isolates were compared with each other. One of these sequences was presented and analyzed by FASTA program (version 3.3t07). 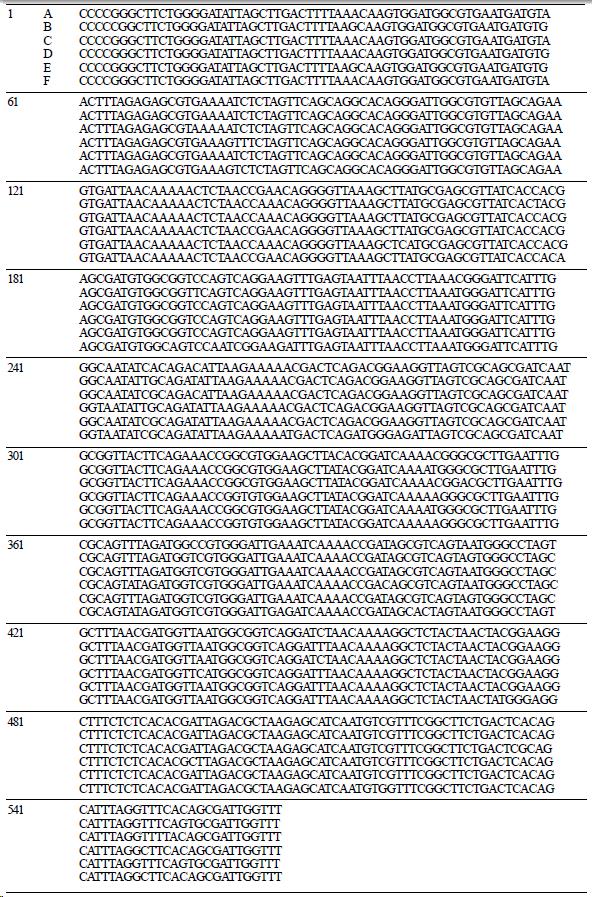 Figure 1 Comparison of PCR products between sequence A and other sequences.

Flagella are well-controlled organelle and essential for microbial motility in many bacterial genera[22-28]. Though much effort has been made to study the polymorphism of flagella in other genera like Salmonella, relatively little was known about that in Helicobacter pylori[29-34]. Recently, genome DNA of several isolates was sequenced, which offered the first structural information and made it possible to do further work. Flagellin A is unique in the known H. pylori database, which means that it has sequence quite different from analogs in other bacteria but high conservative within genus.

H. pylori are genetically highly diverse, the intraspecific free recombination of flagellin A is a frequent incident just as occurred in VacA and CagA [35-43]. Not like the diversity of serotypes in Salmonella or other bacteria, few of specific flagellar serotypes have been found in H. pylori so far [44-47]. The reported sequences of flagellin A were highly conservative and some difference may be caused by different methods. This fact was accordant to the results presented here. In this experiment, a fragment of about four hundred nucleotides in H. pylori flagellin A gene was found highly conservative between the oriental and the occidental.

As the unique pathogen, H. pylori are correlated with almost all of the gastric diseases[48-58]. Therefore, development of new methods to detect and eradicate H. pylori infection has become one of the central tasks to treat most of gastric diseases. The conservatism of flagellin A discovered in this experiment may be very helpful for PCR-based gene diagnosis.

Though the polymorphism of Flagellin in H. pylori was reported previously in some labs, it has not determined whether there are specific flagellar serotypes that may be relevant to the clinical symptoms[59-66]. In this experiment, one of the PCR products was found more divergent than that caused by geographical or ethnic factors. It is still not known whether the polymorphism shown here has influence on the flagellar serotype, motility, virulence or its colonization to gastric mucosa. To be one of the vaccine candidates against H. pylori, more work should be do ne on epitope mapping, analysis of molecular structure, and determination of antigen determinant region as well.

As one of the major known pathogenic factors, much research has been done on H. pylori. In one hand, much work was focused on its influence on gastric physiology, pathogenesis, carcinogenesis, and mutual reaction between host and pathogen; on the other hand, more attention was paid on its clinical aspect involving treatment, detection and prevention[67-84]. Though there have already been some methods to detect and treat H. pylori infection so far, much effort must be made to develop more effective way to deal with these worms.

In summary, the nucleotide sequence of flagellin A in H. pylori is highly co nservative with incident divergence. This character is favorable for PCR-based diagnosis. The significance of the polymorphism in nucleo tide level has not well understood. Further study on the divergent isolate that discovered in this experiment might be helpful to interpret this phenomenon.