It has been well known that MNNG is one of the strong and multipotential carcinogens that have been frequently reported inducing malignant peptic tumors. We have successfully induced rat and dog gastric adenocarcinomas, squamous cell carcinomas of rat forestomach and gastric leiomyosarcoma of rats since 1979. In order to replicate the model of human gastric carcinoma in rats, large doses of MNNG was administered to BALB/C nude mice, to which human embryonic mucosa had been transplanted. During the experiment, the primary leiomyosarcoma (PLS) of the nude mouse was unexpectedly obtained.

Experimental animals and human embryonic gastric mucosa Twenty-two ZZ BALB/C nude mice (offered by the Center of Experimental Animals of Chinese Academy of Medical Sciences), 6-8 weeks of age and 16 g-20 g in weight, half and half female and male, were raised in the “SPF” environment (constant temperature and humidity, and sterilized water, food and padding).

Human embryonic gastric mucosa was obtained from 3-8 month old 31 fetuses (12 males, 19 females) of induced labor and the mucosa was cut into lumps of 0.5 cm3 and sewed in a bag-like shape for transplantation.

Reagent MNNG (product of Sigma Chemical Co.) was dissolved in DW to form 10 μg/L solution which was then filtered with 0.25 μ filter-membrane. Vimetin, desmin, actin and cytokeratin were products of Maixin Co.

Mucosa transplantation The nude mouse was anesthetized and its peritoneal cavity was opened on a superclean working table. Human embryonic gastric mucosa was transplanted into nude mice’s peritoneum by sewing it with surgical threads. The cut healed in 5-7 days. When human embryonic gastric mucosa was wrapped by peritoneum into a tumor, each mouse was injected with 0.1 mL of MNNG at an interval of 15 days. The injection was repeated four times in all. In the meantime, immunosuppressant was administered. Those experimental nude mice were killed at different intervals 5 weeks later.

Pathological observation and general staining Autopsy was made on the killed animals, and the transplants and adjacent organs were observed. The transplants and adjacent organs were fixed in 10% neutral-buffered formalin, dehydrated according to the routine and embedded in paraffin wax and sectioned. Finally, the sections were stained with H. E. and observed microscopically.

Special staining“Tumor-like” tissues were sectioned and then stained with AB/PAS, Argyrophil, VG, Masson’s and PTAH.

Immunohistochemical method SP method has been applied in this research.

Electron microscopy The tumor tissues were cut into small pieces (0.5 mm in diameter) and first fixed with 2.5% glutaraldehyde and then postfixed with 1% osmic acid and dehydrated in a graded series of acetone and embedded in epoxy resin 812. The ultra thin sections were stained with lead acetate followed by lead nitric acid. The grids were observed under a EM109 electron microscopy and photographed.

Test of DNA repetitive sequence DNA was extracted from the tumor and NIH/3T3 cells were then hybridized by A/u probe.

PLS induction and gross inspection Except that four nude mice which died in the early stage of the experiment, the rest of 18 nude mice were kept under observation for 9 months. Three (16.7%) cases of PLS were induced successfully. The duration for forming a tumor was 3-9 months, averaging 6 months. Exploratory laparotomy was performed and the tumors localized in the right abdominal wall were partly connected with tissues of the rightilium. The surface of the tumor was nodal-like, smooth and dark-red. The size of the three tumors was 2.5 cm × 2.0 cm × 2.0 cm, 3.0 cm × 2.5 cm × 2.0 cm and 3.0 cm × 2.5 cm × 2.5 cm, respectively. The tumor looked like sarcoma.

Light microscope There was a large number of tumor cells characterized by their interlaced cell arrangement (Figure 1), their irregular cell shape such as fusiform or oval forms and their various sizes in the neoplastic tissues. The rich cytoplasm was stained red, part of that was in the form of granules or vacuoles. The nucleuses were seen to exist in polymorphic shapes such as oval or stab form with unusually thick nuclear membrane. 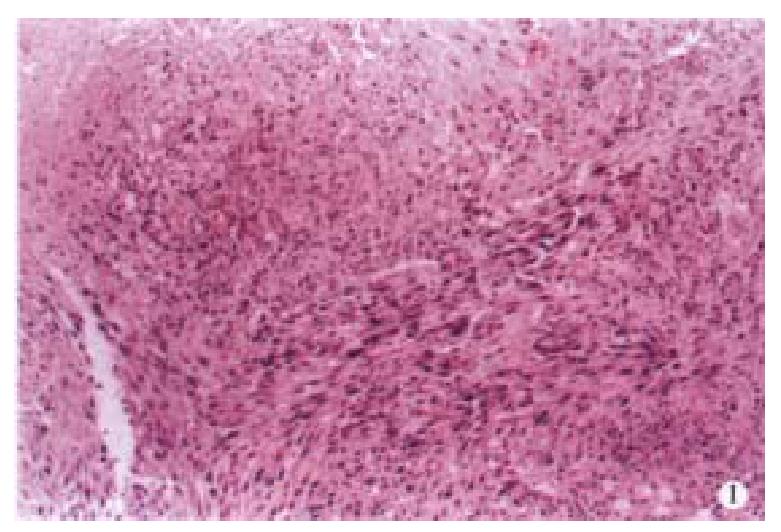 Figure 1 Interlaced arrangement of leiomyosarcoma cells stained with HE. × 20 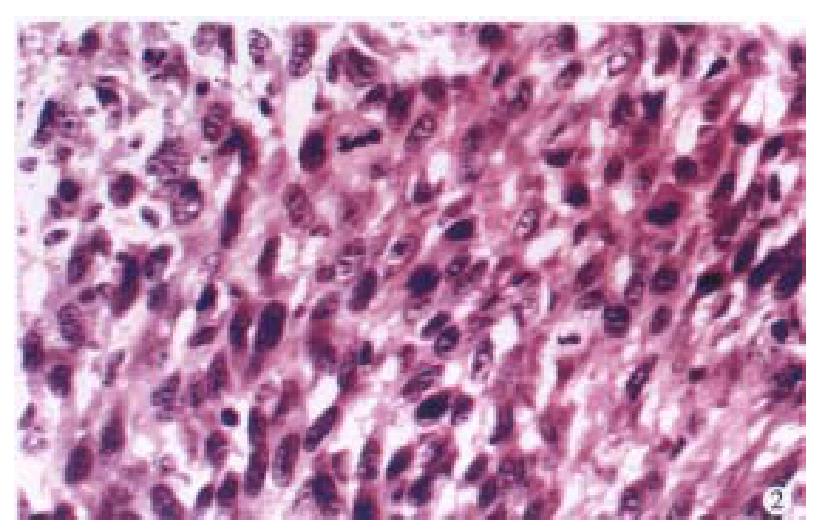 Figure 2 Karyokinesis of leiomyosarcoma cells stained with HE. × 40

Special staining Tumor cells stained with AB/PAS were negative. Argyrophil staining showed that reticular fiber surrounded the tumor cells (Figure 3). The tumor cells were stained in yellow by VG and were red by Masson’s staining (Figure 4). Cross striation was seen in the tumor cells by PTAH staining. 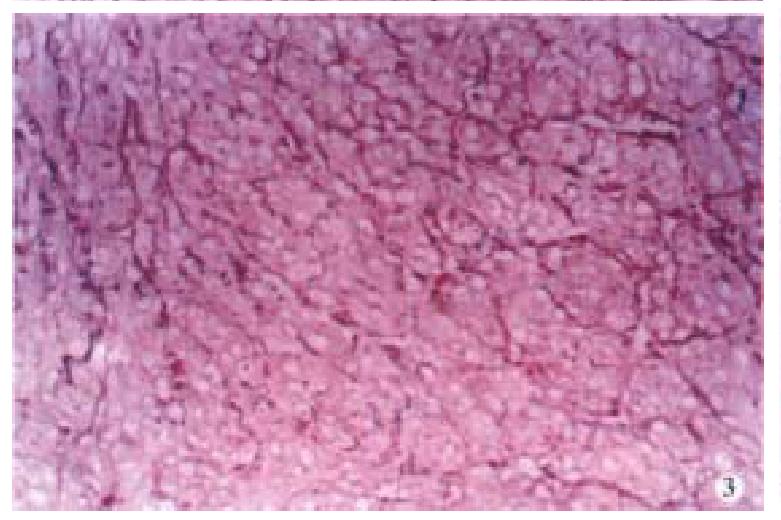 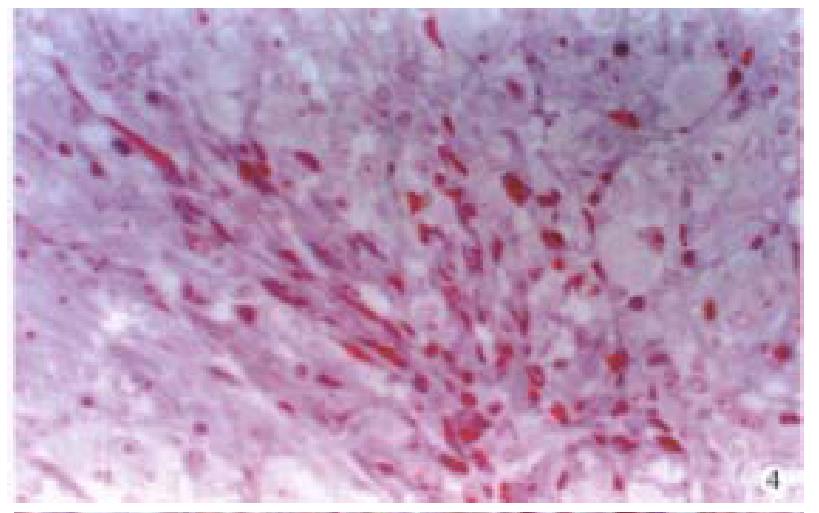 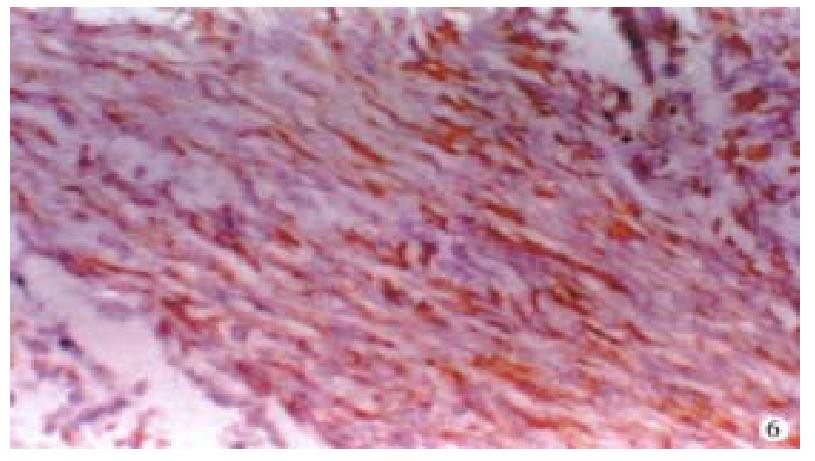 Electronic microscope The tumor cells had thick membrane, dense patches, dense bodies and myofilaments, with oval nucleuses. Concave nuclear membrane was very thick and the heterochromosome under the membrane was very large. The entosthoblast was quite clear (Figure 7). 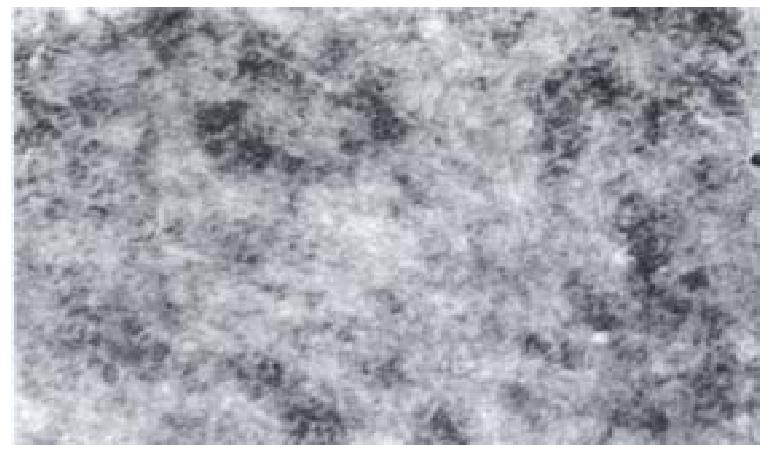 MNNG is a very powerful carcinogen, which can not only induce tumor of mouse, cancer of dog’s gland stomach, squmous cell cancer of non-gland stomach of mouse, but also PLS of mouse, nevertheless, it has not been reported that MNNG can induce PLS of nude mice.

Our research aims at inducing PLS of nude mice to duplicate human stomach tumor model after human embryonic gastric mucosa was transplanted into BALB/C nude mice which were then injected MNNG. The pathoanatomy of PLS of nude mice looked like that of PLS of mouse cervix or PLS of human soft tissue[1-3]. It was unexpected that the tumor originated from soft tissue of abdominal wall. The special staining of AB/PAS, VG, Argyrophil, Masson’s and PTAH and the results of immunohistochemistry indicate that tumor tissues originate from the smooth muscle cells[2,3], but A/u test shows that the tumor cells do not originate from human being. We, therefore, conclude that it is PLS of nude mice.

The mechanism of MNNG inducing PLS in nude mice is still unclear, but it can be inferred that a large amount of MNNG that has affinity to smooth muscle cells continues to act on smooth muscle cells and damages the DNA of these cells, and then activates oncogene or inactivates suppressive gene and finally results in formation of sarcoma. In addition, the lack of T cells and the use of immunosuppressant amplify the effect of carcinogen. It was recently reported that MNNG inducing PLS was a very complicated process of multistage and multigene variation. A researcher found that MNNG damaged DNA and the damaged DNA was not repaired on time and then ras oncogene produced point mutation to activate ras oncogene[4]. Wang B et al[5] reported that MNNG induced gastric epithelium cells strain of GES1 with point mutation at codon 12 of C-Ha-ras oncogene, rearrangement of C-met oncogen and increase of C-erbB-2 oncogene.

In brief, further study of MNNG inducing PLS in nude mice is significant so that we can learn more about the mechanism of the molecular pathology of oncogene and suppressive gene.