Telomerase is a special reverse transcriptase which consists of a template RNA and protein, and uses the RNA template to catalyze the addition of telomeric DNA to chromosome ends[1-5]. The enzyme is active in adult male germ-line cells, embryonic cells and hemopoietic stems, but is undetectable in normal somatic cells except for proliferative cells of renewal tissue, e.g., activated lymphocytes, basal cells of the epidermis and intestinal crypt cells, whereas in almost all malignant tumor cells and immortal cell lines, telomerase activity has been measured. Thus, it is believed that activation of telomerase is closely as sociated with genesis and development of malignant tumors. Most studies to date have measured telomerase activity by telomeric repeat amplification protocol ( TRAP ) in heterogeneous tissue extracts[1,3-5]. With the introduction of sensitive TRAP, telomerase has been reported to be detectable in small tissue samples from almost all tumors and tumors-derived cell lines. It is not known if all cells within a tumor have telomerase activity or if only a subset does. It is necessary to develop an in situ assay for detecting telomerase activity levels in cytological and tissue samples. Ohyashiki[2]reported an in situ assay for telomerase activity by in situ PCR with fluorescence TS and CX telomerase primers to detect telomerase activity of cultured cells and free cells, but the attempts to use in situ PCR telomerase assay on frozen sections of pathological materials were unsuccessful. Now we report an improved in situ telomerase activity assay on the basis of TRAP, which is very easy to be performed. A stable result can be gained on frozen sections of tumor tissue.

MATERIALS AND METHODS
Samples and reagents

Twenty-four hepatocellular carcinoma (HCC), 20 colorectal carcinoma (CRC) and 18 nasopharyngeal carcinoma ( NPC ) tissues were obtained from patients in Xiangya Hospital and the Second Affiliated Hospital of Hunan Medical University, Changs ha, People’s Republic of China. Each tissue was divided into 2 pieces. One piece was fixed in 100 mL/L formalin and embedded in paraffin for pathological diagnosis, the other was soaked in liquid nitrogen, and preserved at -76 °C.

Distilled water replaced primer TS and CX in reaction mixture or biotin-dNTPs in PCR miture. The sections were digested by RNase at 37 °C for 60 min to remove te lomerase RNA templates. The sections were heated at 95 °C for 10min to inactivate telomerase.

Positive sections in the kit were used for positive control. 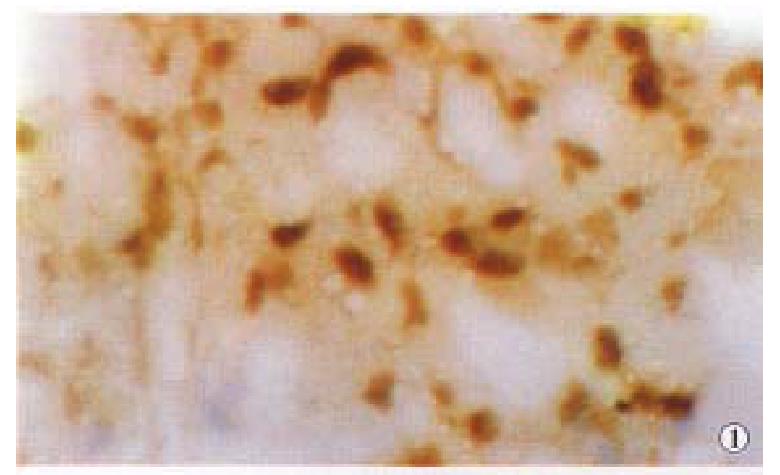 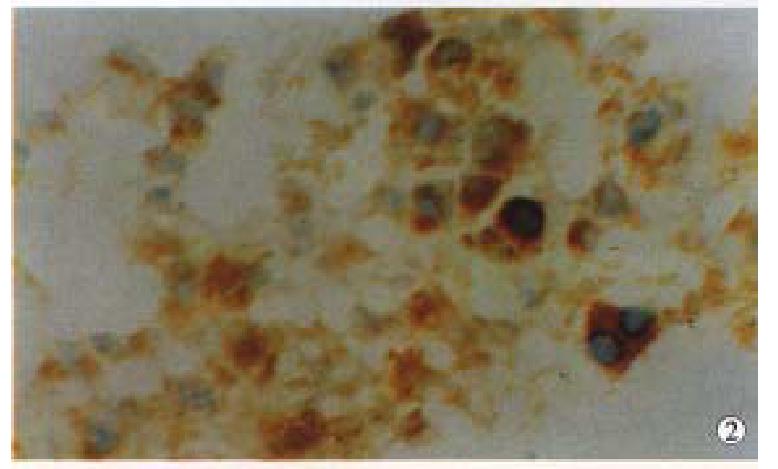 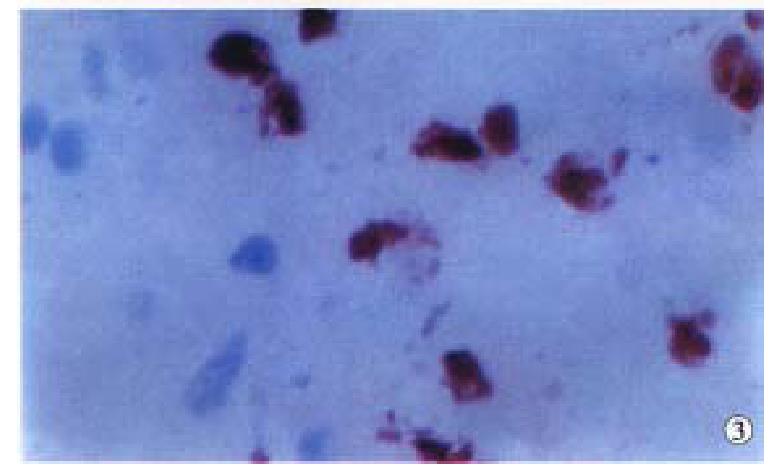 When our improved method was used to detect in situ telomerase activity, its positive signal localization, intensity and character, and distribution of positive cells were very similar to the results by in situ PCR-TRAP with much better morphosis preservation and background of tissues.

Telomerase is a specific reverse transcriptase which utilizes its own RNA as a template to catalyze synthesis of telomere[1-5]. According to molecular biological theory, if the telomerase is active, it can synthesize cDNA by adding the primers and dNTPs under suitable condition. Because dNTPs used to synthesize cDNA are labeled with biotin which has an affinity for streptavidin-peroxidae, and when developed by DAB, the telomerase activity can be detected. Affinity reaction of streptavidin with biotin can amplify positive signals, therefore PCR amplif ication procedure may be omitted for in situ detection of telomerase activit y. Thus, the method for in situ detection of telomerase activity is very simple and particularly successful on frozen sections of pathological materials. Morphological preservation and background of tissue sections are much better.

According to the data, in order to achieve satisfactory results during experiment. The following points are worth notice: (1) Coverglasses, tips, forceps and distilled water must be sterilized by high temperature; (2) After sections were incu bated with reaction mixture, the sections should not be rinsed too long, and intensity should not be too strong, otherwise, synthetic cDNA by reverse transcription is easy to be washed away, resulting in false negative, because cDNA is not fixed and fast adhered to the sections; (3) The slides must be treated with poly-lysine to avoid separation of the sections from slides.

Project supported by the Health Ministry Science Fund of C hina, No. 98-1-110