Article-Type of This Article
Commentary

Helicobacter pylori (H. pylori) infection is the most common chronic disease afflicting humans. It is estimated that around 50% of the world’s population suffers from this infection. The prevalence of H. pylori infection is low in developed countries (20%-40% of healthy adults), but it is much higher in developing countries. In China, epidemiological studies have shown that the prevalence of H. pylori infection varies from 50% to 90% in different cities and villages[1]. The prevalence is higher in aged individuals, and in those with low socioeconomic status and living under poor sanitation and crowded living conditions. Many studies have shown that H. pylori is closely related with gastritis, peptic ulcers, gastric cancer and mucosa-associated lymphoid tissue (MALT) lymphoma. It has also been suggested that H. pylori may be a causative agent of Ménétrier′s disease.

Several years ago, the principal treatment of patients with duodenal and gastric ulcer included the use of various H2-receptor blockers and proton pump inhibitors. Although these agents are able to heal a high percentage of ulcers, the recurrence rate is very high after cessation of treatment[2]. Since the discovery of H. pylori by Warren and Marshall in 1982, innumerable basic and clinical studies have been carried out over the past 14 years. Many of these studies have indicated that H. pylori plays an important etiological role in the pathogenesis of peptic ulcer. Now, nearly all cases of duodenal ulcer and the majority of cases of gastric ulcer can be regarded as infectious diseases and the strategy for treatment of peptic ulcer has completely changed.

It is believed that the proverb “no acid, no ulcer” will still be valid beyond the year 2000, but it should be modified to: “no H. pylori and no acid, no ulcer”. Peptic ulcer has a recurrent course. If a patient received no treatment after the ulcer was healed, duodenal ulcer recurrence rate was reportedly 72% within 12 mo, but dropped to 25% following maintenance therapy with H2-receptor antagonist. It was a very exciting finding that showed the duodenal ulcer recurrence rate was only 2%-3% when H. pylori was eradicated, and that this rate was maintained for at least 7 years after treatment with a low incidence of reinfection. It was thus concluded that peptic ulcer can be cured if the associated H. pylori is eradicated. The follow-up study of patients with bleeding peptic ulcer showed that the relapse rate of bleeding was 33% in those with persistent H. pylori, and 0% in those with eradicated H. pylori.

In February 1994[3], the National Institute of Health in the United States organized a consensus development conference on H. pylori in peptic ulcer disease. This effort brought together specialists in gastroenterology, surgery, infectious diseases, epidemiology and pathology, as well as members of the public, to discuss many questions related to H. pylori and peptic ulcer disease. Finally the consensus panel concluded that ulcer patients with H. pylori infection require treatment with antimicrobial agents in addition to antisecretory drugs, whether the administration begins upon first presentation of the illness or upon recurrence. It is doubtless that nearly all patients with peptic ulcer, except for those suffering from Zollinger-Ellison syndrome and NSAID-induced peptic ulcer, should be treated with antimicrobial agents and acid suppressants, such as H2-receptor blocker or proton pump inhibitor.

How to eradicate H. pylori has emerged as a hot topic that is under investigation all over the world. In 1990[4] the Working Party of the 9th World Congress of Gastroenterology in Sydney recommended a triple therapy [colloidal bismuth subcitrate (CBS) at 120 mg q.i.d., tetracycline hydrochloride at 500 mg q.i.d. or amoxicillin at 500 mg q.i.d., and metronidazole at 400 mg t.i.d. given for 2 wk] as the standard therapy for H. pylori infection, giving an eradication rate of 80%-90%. However, many patients are intolerant to this treatment because of its related side effects and poor compliance. In addition, development of metronidazole-resistance is an important factor influencing the efficacy of the standard triple therapy.

Many other regimens have been reported in the literature for eradication of H. pylori, and these may be categorized into two main groups: bismuth-based therapies and proton pump inhibitor-based therapies. In China, both are used for eradication of H. pylori. We would like to mention that furazolidone is an anti-ulcer agent that has been in routine use in China for more than 20 years[5]. In the early 1970′s, many doctors in Shanghai, Beijing and other cities prescribed furazolidone for refractory peptic ulcer and achieved consistently good results. In 1978, healing of ulcer by treatment with furazolidone was confirmed with evidence. Then, in 1982 and 1983, open controlled studies and double-blind controlled studies were carried out in China. The ulcer healing rates were 73%-75% or 80%-83% after 2 wk or 4 wk of treatment with furazolidone. At that time nobody knew why furazolidone was effective for peptic ulcer, and particularly for the refractory peptic ulcer, and only a few patients relapsed after the ulcer was healed (Figure 1). 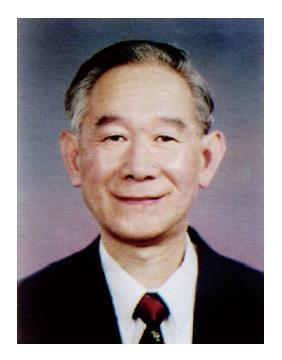 H. pylori is relatively easy to suppress, but much more difficult to eradicate. New regimens for eradication of H. pylori are still under investigation. An ideal H. pylori eradication therapy has not been found yet. Hopefully, the use of low-dose, short-term triple therapy (consisting of one antisecretory agent and two antibiotics) with high efficacy (90% eradication rate), low incidence of side effects and convenient administration (twice daily for only 7 d) will be acceptable as an optimal treatment for peptic ulcer associated with H. pylori infection. We are confident that optimal treatment of peptic ulcer will be found beyond the year 2000, and we predict that peptic ulcer might not run a chronic and recurrent course any more. Peptic ulcer is a disease that can be cured if the associated H. pylori is eradicated.