Hepatic hemangiomas are the most common benign tumor of the liver. Most hepatic hemangiomas remain asymptomatic and require no treatment. Giant hepatic hemangiomas with established complications, diagnostic uncertainty and incapacitating symptoms, however, are generally considered an absolute indication for surgical resection. We present a case of a giant hemangioma with intestinal obstruction following transcatheter arterial embolization, by which the volume of the hemangioma was significantly reduced, and it was completely resected by a left hepatectomy. A 21-year-old Asian man visited our hospital for left upper quadrant pain. Examinations at the first visit revealed a left liver hemangioma occupying the abdominal cavity, with a maximum diameter of 31.5 cm. Embolization of the left hepatic artery was performed and confirmed a decrease in its size. However, the patient was readmitted to our hospital one month after embolization for intestinal obstruction. A left hepatectomy was completed through a herringbone incision, and safely removed a giant hemangioma of 26.5 cm × 19.5 cm × 12.0 cm in size and 3690 g in weight. Pre-operative arterial embolization is effective for reducing tumor size, but a close follow-up to decide the time for hepatectomy is important.

Core tip: Hepatic hemangiomas are the most common benign tumor of the liver. Most hepatic hemangiomas remain asymptomatic and require no treatment; giant hepatic hemangiomas with established complications, diagnostic uncertainty and incapacitating symptom, however, are generally considered an absolute indication for surgical resection. We present a case of a giant hemangioma with intestinal obstruction following transcatheter arterial embolization, by which the volume of the hemangioma was significantly reduced, and it was completely resected by a left hepatectomy. Our experience indicates the effectiveness of pre-operative arterial embolization to reduce tumor size, and the importance of a close follow-up to decide when to perform the surgery.

Liver hemangiomas are the most common benign tumors of the liver, with an estimated prevalence of 3%-20%[1-3]. Most of them are small in size (< 4 cm in diameter) and asymptomatic and are discovered incidentally during screening tests by modern diagnostic procedures. Giant hemangiomas are defined as tumors with a diameter > 4 cm, and symptoms rarely appear unless the tumor size exceeds 4 cm[4-6]. Although the majority of hepatic hemangiomas remain asymptomatic, symptomatic hepatic hemangiomas can present with abdominal pain, hemorrhage, biliary compression, or a consumptive coagulopathy.

A range of treatment options exists for liver hemangiomas, from observation to various radiological and surgical procedures. When treatment is needed, surgical excision of the hemangioma is most effective, and associated with low morbidity and mortality[7,8]. Other treatments, including transcatheter arterial embolization (TAE)[9], arterial ligation[10], radiotherapy[11], radiofrequency ablation[12], corticosteroid therapy[13], and liver transplantation[14,15], have been employed for large unresectable lesions. Apart from liver transplantation, however, the long-term effect of these methods usually cannot be anticipated.

Here, we report a case of a giant hemangioma with intestinal obstruction following TAE treatment, by which the volume of the hemangioma was significantly reduced, and it was completely resected by a left hepatectomy.

A 21-year-old Asian man visited a local hospital for left upper quadrant pain as the chief complaints. Ultrasonography, performed during the visit, detected huge hyperechoic lesions, and under the diagnosis of a giant hemangioma, he was recommended for surgery and transferred to our hospital. The patient’s past or family medical history was unremarkable. Physical examination revealed a grossly distended abdomen without a fluid wave, and tenderness and bounce pain in the left upper quadrant.

On admission, the patient’s laboratory values were notable for an international normalized ratio of 1.16, a decreased fibrinogen level of 1.99 g/L (normal range, 2.0-4.0) and D-dimer levels of 8.12 mg/L fibrinogen equivalent unit (normal range, < 0.55 mg/L). The results of blood routine and liver function tests were normal, including a total bilirubin level of 0.99 mg/dL, an albumin level of 40.2 g/L, and an indocyanine green retention rate at 15 min of 5.6%. Serum tumor markers were all within normal range.

Multi-detector computed tomography (MDCT) on admission revealed a huge hemangioma, 31.5 cm × 24.8 cm × 11.1 cm, located on the left liver, and replacing the parenchyma of the left liver. His abdomen was distended by the huge hemangioma extending to the pelvis. The non-contrast phase showed a homogenous hypodense lesion contrasted with the surrounding liver parenchyma. On arterial phase images, the lesion remained hypodense relative to normal liver, but early central enhancement was detected. On delayed phase images, the lesion showed progressive fill-in. These findings indicated a giant hemangioma. The left hepatic artery and its branches were extremely stretched, and the left portal vein was compressed and occluded by the tumor. The left hepatic duct was slightly dilated as a result of compression by the hemangioma. The left hepatic vein was completely occluded, while the hepatic vena cava and the middle and right hepatic veins remained patent (Figure 1A-C). The gastrointestinal tract was compressed with no sign of intestinal obstruction. Volumetric analysis revealed a tumor volume of 6503 mL and a right hemiliver volume of 1140 mL. The findings of MDCT were further confirmed by magnetic resonance imaging (Figure 2). 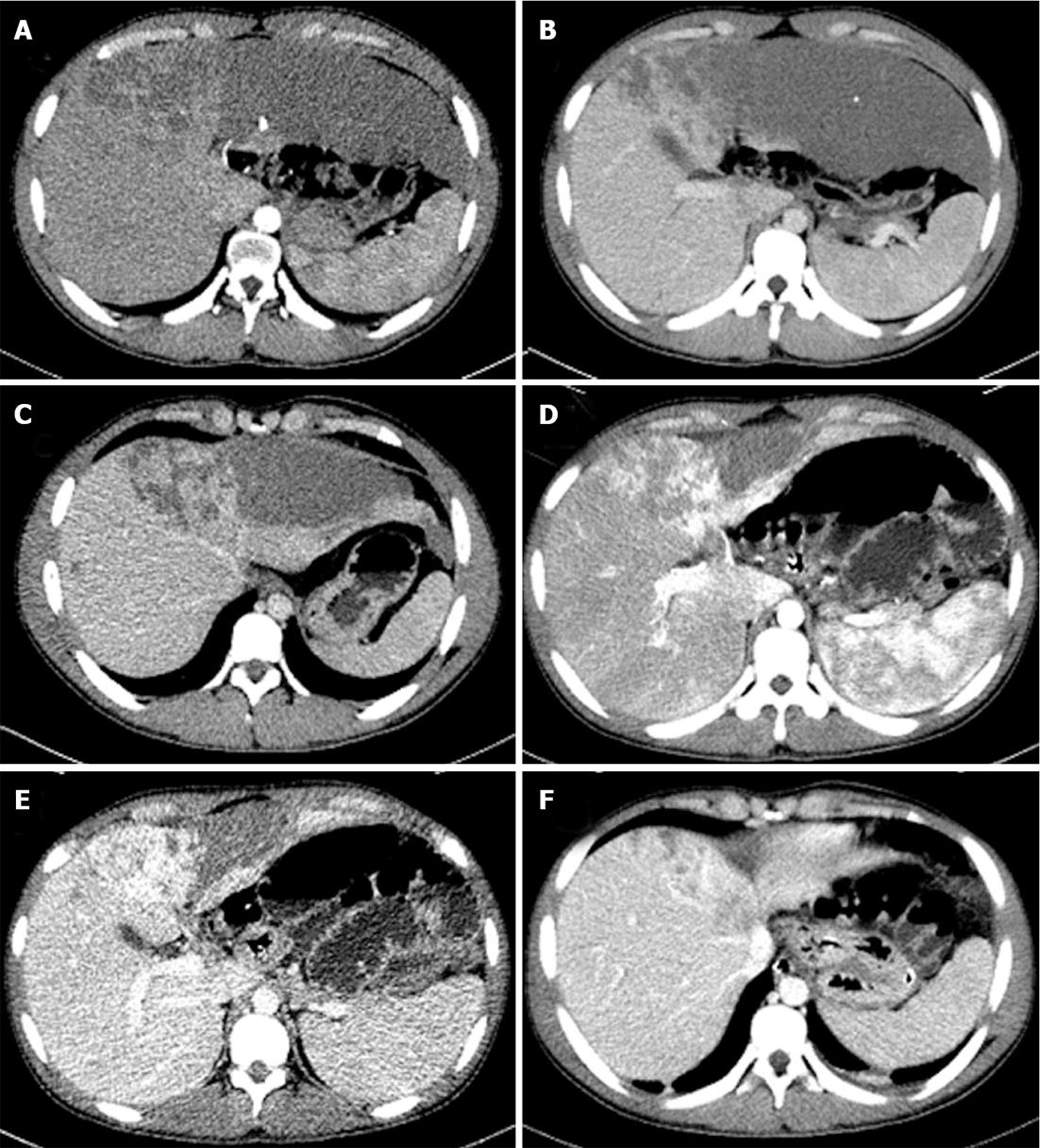 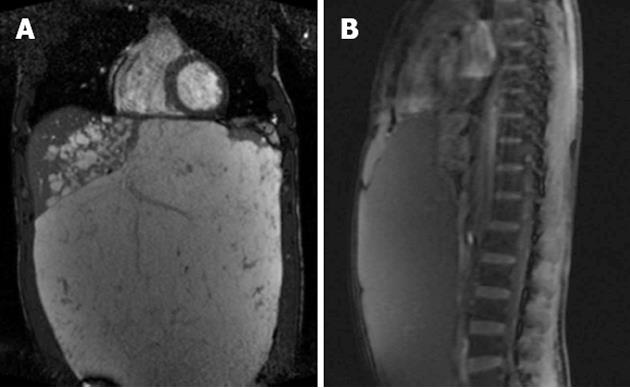 Figure 2 Coronal (A) and sagittal (B) views of the hemangioma from magnetic resonance imaging.

TAE of the left hepatic artery was performed with lipiodol. Thereafter, we planed to calculate and investigate the tumor volume, anatomical positions, and recanalizations by dynamic MDCT once a month, not to misjudge the timing of operation. However, the patient was readmitted to our emergency department one month after TAE, with abdominal pain for two days and clinical characteristics of intestinal obstruction. MDCT on admission revealed the thickening and swelling of the small bowel, dilatation and multiple liquid gas level of the lower part of esophagus, stomach and small bowel, and the colon collapsed. Volumetric analysis revealed that the tumor volume had decreased to 3988 mL (Figure 1D-F). The patient was initially managed conservatively by gastrointestinal decompression and intravenous therapy. Close observation and timely treatment were conducted. The patient’s condition improved in 7 d.

The remarkable volume reduction of the tumor allowed for a safe approach to the portal vein and hepatic artery. Through a herringbone incision, a left hepatectomy was safely conducted after the ligation of left hepatic artery, middle hepatic artery and left branch of portal vein. There were extensive adhesions formed between the hemangioma and the jejunum, ileum, sigmoid colon, peritoneum and omentum. No dilated intestinal loops were found. The duration of operation was 280 min and intraoperative blood loss was 400 mL. The resected tumor was 26.5 cm × 19.5 cm × 12.0 cm in size and 3690 g in weight (Figure 3). Histologically, it was diagnosed as a cavernous hemangioma with local subcapsular necrosis, calcification and fibrous tissue proliferation. 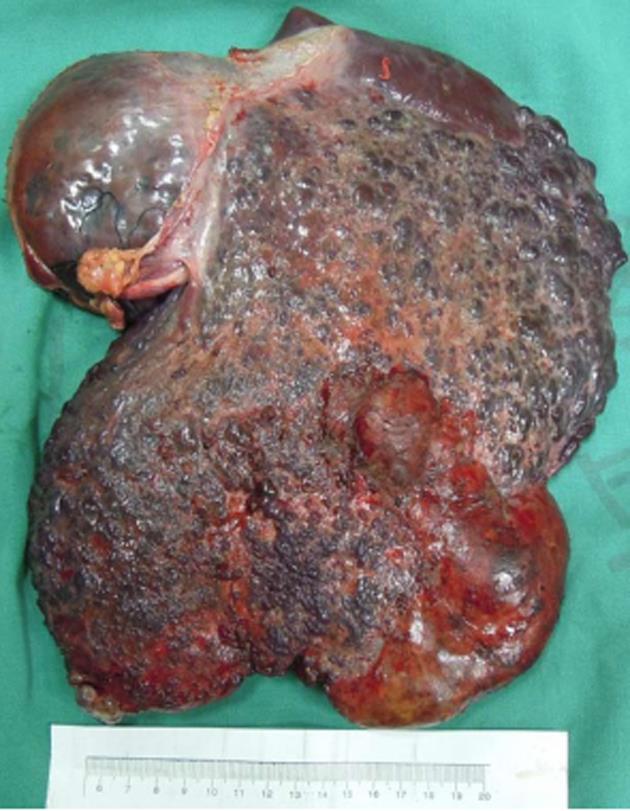 Figure 3 Intra-operative photograph of the tumor.

The patient’s post-operative course was uneventful and he was discharged from the hospital 16 d after surgery. At 6 mo following surgery, he enjoys an improved quality of life with normal liver function.

Cavernous hemangiomas of the liver are benign, and usually small (< 4 cm) in size, but when they are larger than 4 cm in diameter, they are classified as giant cavernous hemangiomas[16]. They arise from the mesoderm and are composed of blood-filled cavernous spaces of varying size lined with a single layer of flat endothelial cells, which may be separated by fibrous septa of variable thickness[16,17]. Hemangiomas show specific features in imaging diagnosis; therefore most cases can be diagnosed preoperatively. As a hemangioma increases in size, it can cause congestion, bleeding, thrombosis and infarction (and consequent stomachache), Kasabach-Merritt syndrome, and spontaneous rupture. Out of the mass effect, it might produce symptoms such as obstructive jaundice, biliary colic, and gastric outlet obstruction[18].

A recent major argument in the treatment of liver hemangiomas is the indications of operation. Considering the benign and non-progressive nature of the disease, it is currently accepted that a giant hemangioma is not necessarily an indication for surgery just because of its size, and continued observation in asymptomatic patients or patients with minimal abdominal symptoms seems to be justified[19,20]. Surgery remains the only consistently effective curative treatment for giant hemangiomas and should be considered for patients with established complications, diagnostic uncertainty and incapacitating symptoms, where operative risk is acceptable, or where the diagnosis remains uncertain despite appropriate specialist investigation[21]. Various other treatment methods have been reported but their long-term results have been poor[20].

In our case, the patient complained of abdominal pain. For the treatment of a giant hemangioma accompanied with symptoms, surgical resection is primarily recommended. Based on the liver function tests and remnant liver volume, urgent primary tumor resection seemed possible. But we considered that an urgent resection at the first admission would be dangerous because it seemed difficult to approach the bifurcation of hepatic artery and portal vein behind the tumor. Liver transplantation was also considered an option, but the patient strongly refused because of donor shortage and high expenses for transplantation. Although some authors reported that symptomatic giant liver hemangiomas can be managed successfully and non-invasively by TAE with a satisfactory decrease in symptoms and tumor volume[22], the effect of TAE generally seems to be variable and sometimes even results in a volume increase[14,15]. However, there were reports that TAE for giant hemangiomas, performed prior to surgical resection, facilitated the mobilization of the liver by shrinking the hemangioma and, consequently, decreased intraoperative hemorrhage[9,23]. We also performed TAE before surgery to ensure the safety of the future radical resection of the tumor, which resulted in a decrease in the size of hemangioma, as shown in the previous report.

Considering the various complications and vascular recanalization after TAE which might postpone the operation and result in the loss of an opportunity for the radical resection, some authors recommend urgent operation after TAE[9,24]. In the present case, the patient was readmitted to our hospital one month after TAE with intestinal obstruction. To our knowledge, intestinal obstruction after embolization of a giant hepatic hemangioma has not previously been reported in the English literature, we speculated that it might be related to the tumor shrinkage, and inflammatory adhesions formed between the tumor and small bowel. Based on this speculation and the remarkable volume reduction of the tumor, we decided to perform a left hepatectomy. Fortunately, the operation was safely conducted without any complication, and our speculation was confirmed by the laparotomy and histological examination. However, when to operate should be decided on a case-by-case basis, with close follow-up and meticulous assessment by skillful surgeons and radiologists, not to misjudge the appropriate timing for the radical surgery.

We report a case of a single huge hemangioma with intestinal obstruction following TAE treatment, by which the volume of the hemangioma was significantly reduced, and it was completely resected by a left hepatectomy. The outcome in our case indicates the importance of pre-operative management to reduce tumor size before surgery, and surgeons should pay attention to the complications of TAE.