A hemocholecyst (HC) is a clot-filled gallbladder caused by bleeding into its lumen. Obstructive jaundice caused by the compression of HC to the hilar biliary tract is likely to be misdiagnosed as cholangiocarcinoma and is extremely rare. We herein report a case of obstructive jaundice and melena caused by HC. A 57-year-old male patient presented with right upper quadrant pain associated with icteric sclera and melena was suspiciously diagnosed as having malignant cholangiocarcinmoa by abdominal ultrasonography, computed tomography and magnetic resonance imaging. Laparotomy found a hematoma in the gallbladder. The hematoma spread to the left hepatic lobe forming an exogenous mass which compressed the hilar biliary tract. Radical cholecystectomy and bile duct exploration with T-tube drainage were performed. Histopathological examination revealed massive necrosis of the gallbladder mucosa with inflammatory cells infiltration as well as intraluminal hematoma formation. One month after operation, a T-tube cholangiography revealed a normal biliary tree. We suggest that HC should be considered in patients with obstructive jaundice and melena after common causes are ruled out.

A hemocholecyst (HC) is a clot-filled gallbladder caused by bleeding into its lumen. As a cause of hemobilia, HC is rarely reported with a variety of etiology including trauma[1], iatrogenic manipulation[2,3], gallbladder tumor[4,5], cholecystitis[6] and ruptured cystic artery aneurysm[7]. Hematological disorders such as hemophilia are also implicated in some cases[8,9]. Here, we report a rare case of obstructive jaundice and melena caused by HC. Though abdominal ultrasonography (US), computed tomography (CT) and magnetic resonance imaging (MRI) have proved to be highly accurate methods for evaluating gallbladder disorders, a definitive diagnosis cannot be established preoperatively. In addition, our patient had not experienced abdominal trauma, and had no history of obvious bleeding disorders.

A 57-year-old man presented at our emergency department with the right upper quadrant pain with icteric sclera for seven days, and melena for two days. The pain was dull in character, sudden in onset, and did not radiate to the back. It was not aggravated by food intake or related to movement. The patient had no history of abdominal trauma or peptic ulcer with bleeding. On admission, the patient was febrile with right upper quadrant tenderness, rebound tenderness, slight muscular rigidity and a positive Murphy’s sign. Laboratory examinations revealed abnormal hepatic enzyme levels: aspartate aminotransferase 145 U/L (normal, 5-34 U/L), alanine aminotransferase 95 U/L (normal, 0-40 U/L), increased total bilirubin 135.5 μmol/L (normal, 3.4-20.5 μmol/L) and increased alkaline phosphatase 240 U/L (normal, 40-150 U/L). The patient had leukocytosis (14 200/μL), with decreased hemogram (hemoglobin, 8.9 g/dL; hematocrit, 32.7%), but normal platelet count (242 × 103/μL). However, prothrombin time and partial thromboplastin time were both normal. Serum amylase and lipase levels were also within normal limits. Tumor markers including alpha foetoprotein, carcinoembryonic antigen and carbohydrate antigen were also negative.

Ultrasound of the abdomen revealed a mass with heterogenous echo at the gallbladder region (Figure 1A). CT showed thickening of the gallbladder fundus and body wall (Figure 1B) and a mass with high-density shadow located at the gallbladder neck without clear demarcation from the left hepatic lobe (Figure 1C). MRI showed a mass located at the gallbladder neck and left hepatic lobe (Figure 1D) with slight dilation of intrahepatic ducts and an obscure image of hilar biliary tract (Figure 1E). Gastrointestinal tract endoscopic study found no common causes of melena such as malignancy, ischemic colitis, etc. Initial diagnosis of malignant cholangiocarcinoma was made. He was treated with antibiotics, hemostatics and fluid supplement before transferred to the operating room for exploratory laparotomy. On exploration, a hematoma was found in the neck-side lumen of the gallbladder. The hematoma spread to the left hepatic lobe forming an exogenous mass which compressed the hilar biliary tract (Figure 2). Cholecystectomy and bile duct exploration with T tube drainage were performed. Histopathology revealed massive necrosis of the gallbladder mucosa with inflammatory cell infiltration as well as intraluminal hematoma formation. The patient was discharged on the 7th postoperative day in a stable condition. One month after operation, a T-tube cholangiography revealed a normal biliary tree (Figure 3). 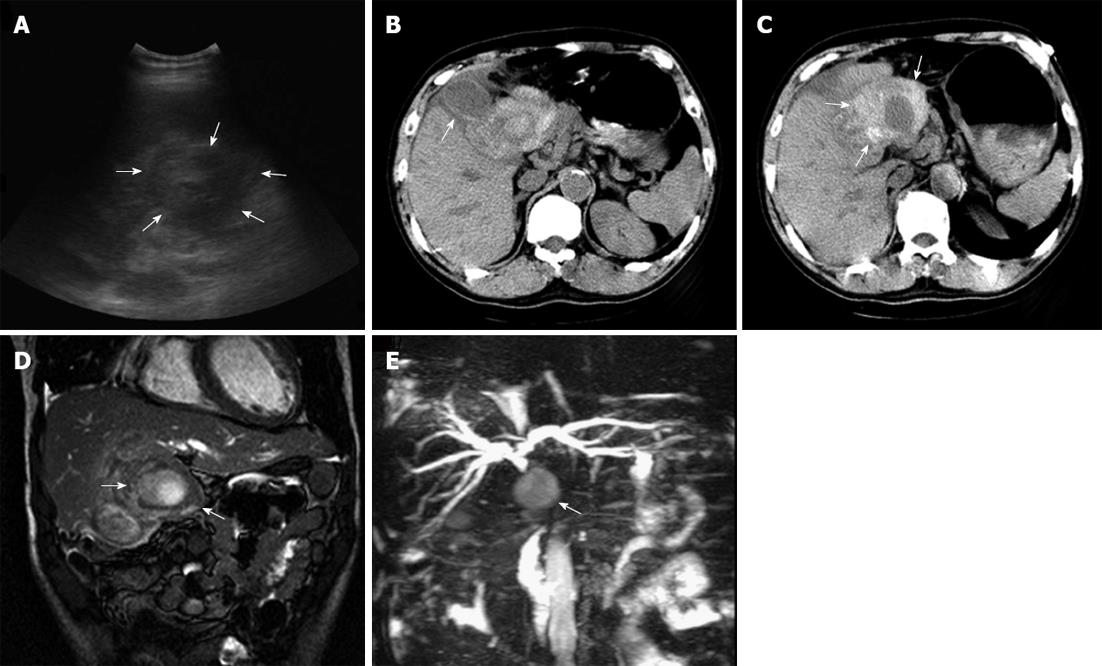 Figure 2 Schema of the hematoma found at the neck of the gallbladder during operation. The arrow indicates hematoma.

Hemobilia classically presents as biliary colic pain, jaundice and gastrointestinal tract bleeding. However, the clinical presentation varies. Depending on the amount and rate of bleeding, blood may clot in various locations. If the blood does not clot in the biliary tract, hematemesis or melena may occur. If blood clots within the bile duct, it may cause obstructive jaundice or pancreatitis. It was unusual in this patient that jaundice was not caused by blood clots within the bile duct, but resulted from the compression of the HC to the hilar biliary tract.

Our patient did not present with melena as a primary symptom. He had symptoms, signs, and laboratory studies that suggested choledocholithiasis and cholangitis. He developed melena only on the 5th day. The preoperative diagnosis of gallbladder hematoma is very difficult, or even impossible, to make in the absence of a history of trauma or bleeding diatheses. Preoperative US, CT and MRI are main techniques for diagnosing gallbladder diseases. Although the US and CT findings of gallbladder hematoma might not be exactly the same as those of gallbladder carcinoma or invasive hilar cholangiocarcinoma, a definitive diagnosis often cannot be made confidently. MRI is useful for differential diagnosis. It was reported that hematomas are similar in signal intensity to skeletal muscle on T1-weighted imaging, with conversion to marked hypointensity on T2-weighted imaging[8]. The hematoma in our patient was not confined to the gallbladder but spread to the left hepatic lobe forming an exogenous mass which compressed the hilar biliary tract, thus making the diagnosis even more difficult. All preoperative imaging studies gave an impression of a highly suspected cholangiocarcinoma with invasion to the gallbladder neck and left hepatic lobe. In our case, cholangiocarcinoma could not be ruled out. Therefore, the correct diagnosis could only be made through dynamic image observation, aggregate analysis and resolute operation exploration.

In conclusion, we suggest that HC should be considered in patients with obstructive jaundice and melena after common causes are ruled out.