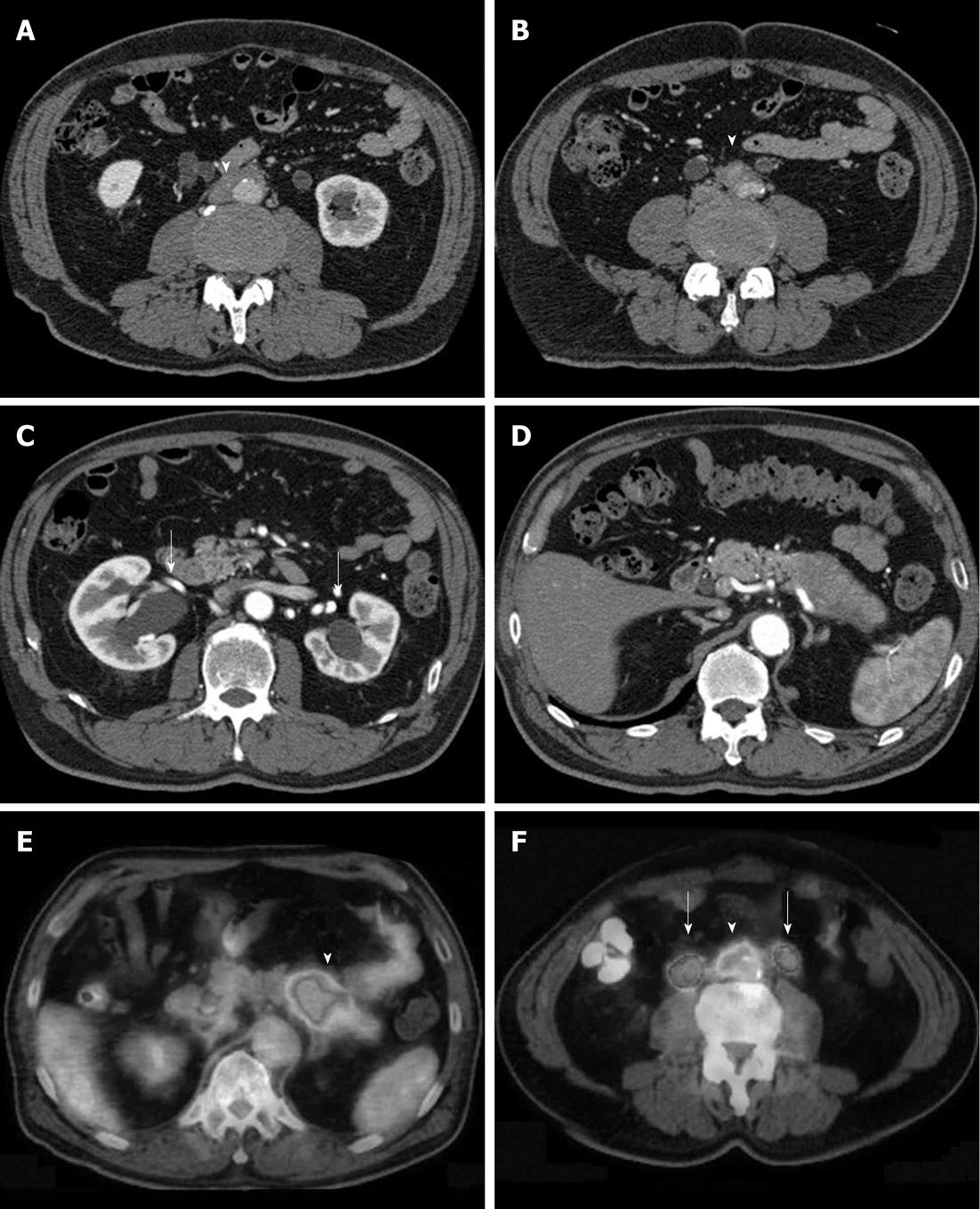 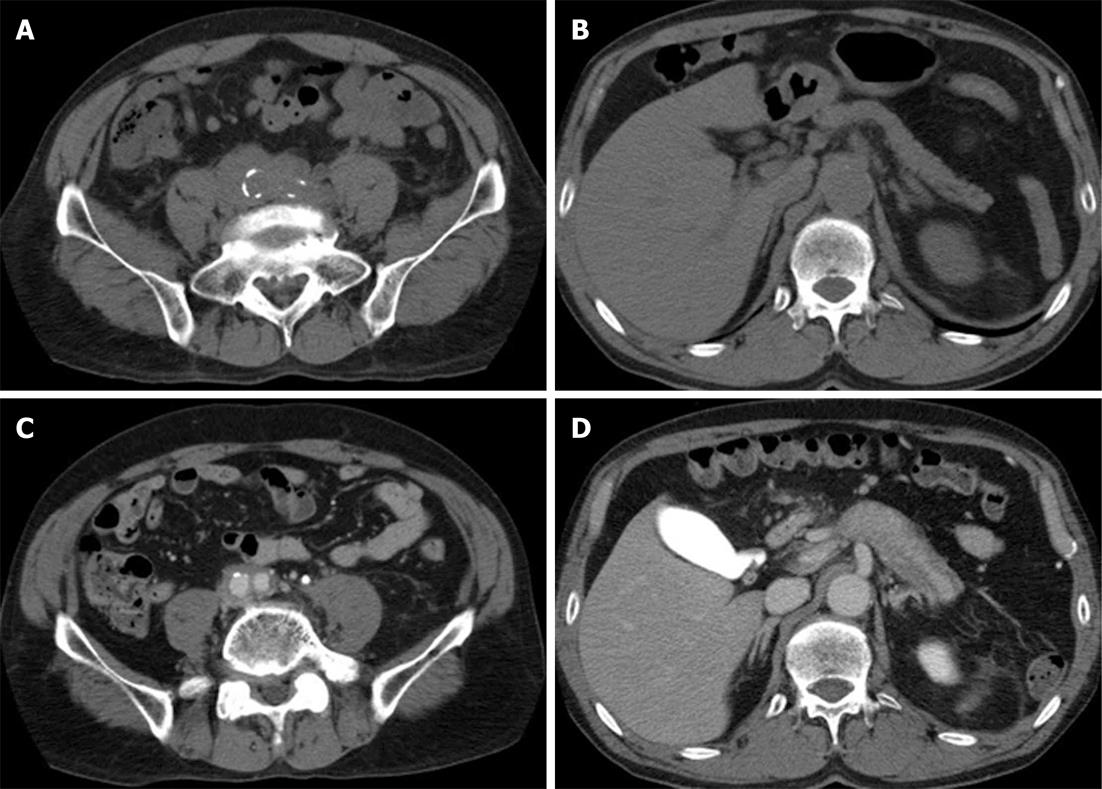 Figure 2 Retroperitoneal fibrosis occurring before the onset of autoimmune pancreatitis. A 65-year-old man developed hydronephrosis and renal failure. A, B: Soft tissue was observed surrounding the abdominal aorta and common iliac artery. No abnormality was found in the pancreas. The patient was diagnosed with idiopathic retroperitoneal fibrosis, and started receiving prednisolone (PSL) at the dose of 40 mg/d. The dose was gradually reduced over approximately 6 mo and discontinued. The hydronephrosis improved, and the patient continued to be followed up; C, D: Swelling of the pancreas observed on computed tomography images taken about 1 yr and 6 mo after the discontinuation of PSL. Compared with the initial observation, retroperitoneal fibrosis improved, but persisted. The serum immunoglobulin G4 level was 366 mg/dL. At that point, the patient was diagnosed with autoimmune pancreatitis, and started receiving PSL again at the dose of 40 mg/d. The swelling of the pancreas and retroperitoneal fibrosis were improved.

There is no hematological parameter specifically associated with retroperitoneal fibrosis; however, an increased white blood cell count and increased C-reactive protein levels can be seen as a reflection of acute inflammation. Moreover, renal dysfunction may be observed due to ureteral obstruction. Diagnostic imaging techniques, such as ultrasound (US), CT, and MRI, are used to diagnose retroperitoneal fibrosis. US is usually performed first, because it is a simple and minimally invasive technique. Typically, retroperitoneal fibrosis is depicted as a hypo- to iso-echoic mass encasing an aorta; however, the sensitivity is low, and US is rather important in determining the presence/absence of concurrent hydronephrosis. The most useful diagnostic imaging techniques are CT and MRI. On CT images, retroperitoneal fibrosis is depicted as a soft tissue mass encasing an aorta, which often spreads laterally to involve the inferior vena cava and urinary duct[31] (Figure 1A-C). On MRI images, retroperitoneal fibrosis shows low signal intensity on T1-weighted images, and high signal intensity on T2-weighted images[1,31]. Moreover, although CT and MRI excel in their specificity, fluorodeoxyglucose positron emission tomography is also a useful tool for determination of the presence/absence of retroperitoneal fibrosis as well as other lesions of IgG4-related disease[1,32,33] (Figure 1D-F).

The first line of treatment for retroperitoneal fibrosis is steroid therapy, regardless of its cause. Although a few asymptomatic patients might need only monitoring, steroid therapy is usually necessary for patients with clinical symptoms (e.g., fatigue, weight loss, and abdominal or back pain) or those with hydronephrosis and acute renal failure caused by ureteral obstruction[35]. The efficacy of immunosuppressants (e.g., azathioprine) and tamoxifen has been reported mainly in Europe and the United States[1,36,37]. However, a randomized controlled trial recently conducted in patients with idiopathic retroperitoneal fibrosis demonstrated that the efficacy of steroids in preventing the relapse of retroperitoneal fibrosis was significantly better than that of tamoxifen[35]. Moreover, Zen et al[15] reported that steroid therapy was effective regardless of the presence/absence of IgG4-related disease or serum IgG4 levels[15].