Conjugated bile acids are detergents essential in facilitating the enteric absorption of fats and of fat-soluble substances, among them several vitamins. They are synthesised in hepatocytes, which expel them into the lumen of the bile canaliculus via the transport protein bile salt export pump (BSEP). Conjugated bile acids are partially deconjugated during passage through the intestine. Bile acids are recovered from chyme and returned to the liver in portal venous blood; unconjugated bile acids are reconjugated with glycine or taurine within hepatocytes before re-export into canalicular bile[1]. That errors in synthesis or transport of bile acids may lead to intrahepatic cholestasis is well known[1,2]. Errors in conjugation of bile acids with amino acids (“amidation”), a two-step process, also may cause usual cholestasis, with jaundice, but can also produce anicteric cholestasis manifest as malabsorption of fat-soluble vitamins, growth retardation, and pruritus. Few descriptions are published of children with bile-acid amidation defects and of mutations in genes that encode the enzymes responsible for amidation. Diagnosis can be elusive[3]. We present our correlation of immunohistochemical, clinical-biochemistry, and genetic findings in a child with a bile-acid amidation defect and suggest approaches to diagnosis. 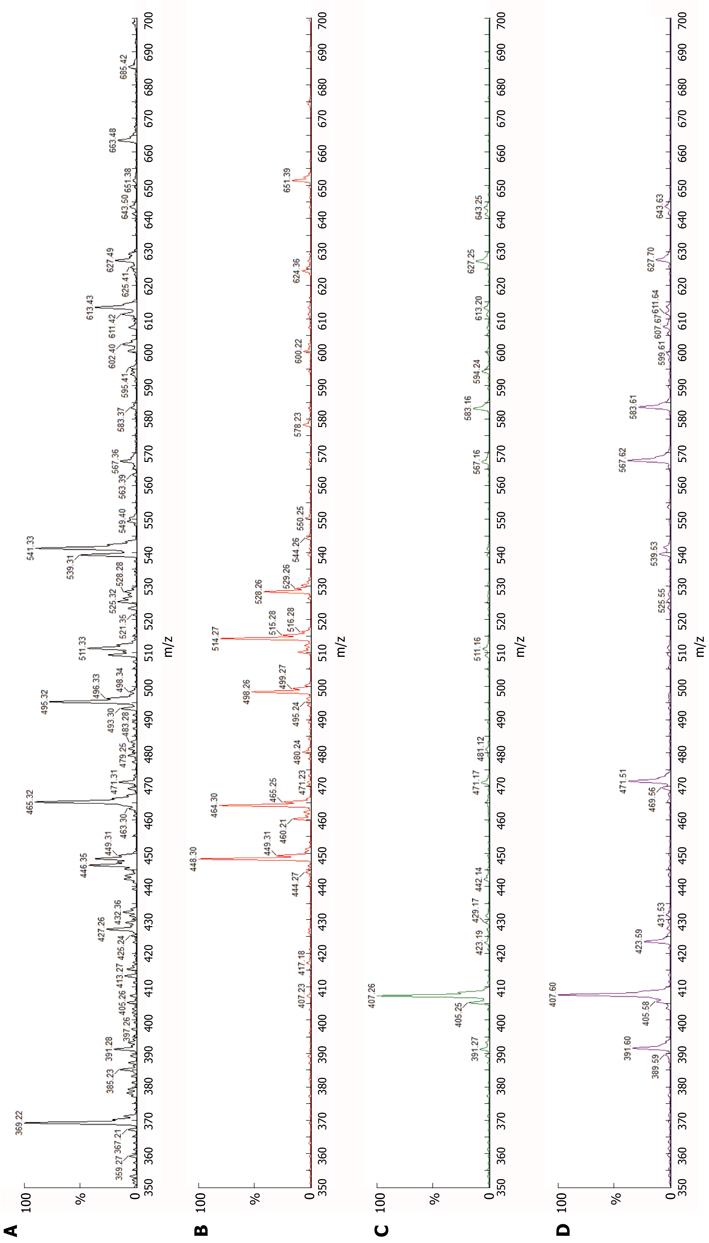 Bile salts within the biliary-tract and small-bowel lumina exist principally as glycyl or tauryl conjugates of primary bile acids. Bacteria within chyme and faeces deconjugate and dehydroxylate bile salts. The resulting secondary bile acids are taken up by the bowel and passed into venous effluent. They are then absorbed by hepatocytes and again conjugated with glycine or taurine in the process of amidation; newly synthesised bile acids also undergo amidation in the liver[1].

Two enzymes, CCL [International Union of Biochemistry and Molecular Biology European Commission (EC) 6.2.1.7] in cytoplasm and BAAT (EC 2.3.1.65) in peroxisomes, act sequentially to amidate bile acids[1,3]. Experimental data conflict on whether non-amidated bile acids are poorer substrates for BSEP, the protein that transports bile salts against a concentration gradient from hepatocyte cytoplasm into bile-canaliculus lumen, than are amidated bile acids[5,6]. Non-conjugated bile acids may back-diffuse from canalicular lumen into hepatocytes and into the space of Disse, impeding secretory efficiency, and excess of bile acids within hepatocytes may cause injury[4]. Data on back-diffusion of non-amidated bile acids from bile-duct lumen into cholangiolar venous effluent, with drainage into portal-vein radicles and presentation to the liver lobule of such bile acids in excess (“cholehepatic shunting”), are not available. However, this process may conduce to hepatocellular overload with bile acids, and hence to hepatocellular injury.

Intrahepatic cholestasis has been described in association with amidation defects. Anicteric cholestasis, manifest as failure to thrive with malabsorption and fat-soluble vitamin deficiency, was found in Amish children homozygous for the mutation c.226A > G/p.M76V in BAAT[4]. A preliminary description of children with three additional different mutations in BAAT, all in homozygous form, has appeared[7]. Homozygous mutation in SLC27A5 (c.1012C > T/p.H338Y) also has been associated with intrahepatic cholestasis in a prematurely born infant[3]. To what extent exogenous factors - ontogenic immaturity, parenteral alimentation, various drugs, or a genetic background that includes mutation in other cholestasis-associated genes[3] - conduce to jaundice with amidation defects, expected per se to result in anicteric cholestasis[8], remains to be determined. Our patient, who developed icterus, was born at term, was not subjected to parenteral alimentation, and received no drug treatment recognised as capable of precipitating cholestasis. Were intrahepatocytic concentrations of bile acids elevated (4), leading to damage to organelles and to cellular processes, with jaundice a non-specific sequela? The factors that predisposed to icterus in our patient must remain matter for speculation.

As reported in patients with defects of bile-acid amidation[3,4], cholestasis in our patient was not associated with elevations in serum GGT activity even when conjugated hyperbilirubinemia was present. Normal-range serum GGT activity is a feature of disorders of bile-acid synthesis as well as of bile-acid amidation. It also characterises certain forms of intrahepatic cholestasis ascribed to deficiency of BSEP expression or function, abnormalities in canalicular-membrane composition, and abnormalities of intracellular trafficking of canalicular-membrane components[2]. Evidence indicating such disorders, either clinical or histopathologic, was not identified in our patient.

Little histopathologic information is available concerning hepatobiliary disease in bile-acid amidation deficiency. Whether the appearances of BAAT deficiency differ from those of CCL deficiency in routinely stained sections, for example, is still an open question. The same is true for differences in ultrastructural features; too few instances have been described to allow discrimination. As urine and plasma bile-acid spectra and chromatograms in amidation-deficiency disease do not vary between CCL deficiency and BAAT deficiency (personal observations, PTC; cf. Figure 1), screening of both SLC27A5 and BAAT for variations from canonical sequence is at present necessary to distinguish between forms of amidation defect.

Our findings demonstrate that immunohistochemical study can detect absence of BAAT expression. They correlated well with genetic findings that suggested that BAAT synthesis was not to be expected in our patient. Lack of BAAT expression thus may constitute a strong indication for evaluation of BAAT for mutation.

We believe that immunohistochemical screening of liver tissue for CCL and BAAT expression may identify instances of bile-acid amidation deficiency disease in patients with normal-range serum GGT activity and either icteric or anicteric cholestasis. To do so admittedly may not identify all such instances; defects in protein function without defects in protein expression are to be expected, particularly with mutations that substitute one amino-acid residue for another[3]. However, immunostaining is routinely practiced, whereas only a few laboratories speciate bile acids in plasma and urine or offer analysis of genes that encode enzymes involved in bile-acid handling. In addition, liver biopsy continues to be an approach widely used in the evaluation of neonatal cholestasis, permitting repeated interrogation of liver-biopsy material as application of diagnostic algorithms suggests candidate disorders. Results on immunostaining of liver-biopsy or hepatectomy specimens from patients with hepatobiliary disease and normal-range serum GGT activity thus may guide both clinical-biochemistry and genetic investigations, speeding definitive diagnosis.