AIM: To determine whether absorbable sutures or non-absorbable sutures are better in preventing surgical site infection (SSI), in this paper we discuss the results of a randomized clinical trial which examined the type of sutures used during hepatectomy.

METHODS: All hepatic resections performed from January 2007 to November 2008 at the Department of Surgery at Iizuka Hospital in Japan were included in this study. There were 125 patients randomly assigned to an absorbable sutures (Vicryl) group or non-absorbable sutures (Silk) group.

Despite recent developments in surgery and patient management during the perioperative period, critical complications still develop in a few patients who undergo hepatic resection[1,2]. Surgical site infection (SSI) is one of the most important morbidities of surgery and leads to prolonged hospital stays. Previous studies revealed absorbable suture material in gastrointestinal surgical procedures to reduce the risk of SSI[3,4] although most of those studies have been limited to skin closures. Absorbable sutures are used in most hospitals in the United States and Europe based on the available clinical studies. On the other hand, silk sutures are still used in most hospitals in Japan. A study by Kobayashi et al[5] revealed patients with intraoperative bowel injury, blood loss > 2000 mL, and age > 65 years are at risk of developing SSI after hepatectomy for liver cancers and then all blood vessels and bile ducts were ligated with silk or vessel clips during parenchymal resection. Absorbable sutures are now widely used for abdominal closure in Japan according to the CDC guidelines[6]. During the resection of the liver, silk sutures are generally used for the vessels in Japan, because silk sutures are easier to handle and less expensive than absorbable sutures. However, foreign materials, especially silk, are known to accelerate infection[6,7] and thus lead to a prolonged hospital stay. Togo et al[8] reported the usefulness of absorbable sutures to prevent SSI with a historical control study using an animal model. There has been no known randomized clinical trial for suture material used in the ligation of the cut surface of the liver. In this paper the authors provide the outcome of a randomized clinical trial investigating the type of sutures used during hepatectomy to determine which is better in preventing SSI, absorbable sutures or non-absorbable sutures.

All hepatic resections without biliary reconstruction performed from January 2007 to November 2008 at the Department of Surgery at Iizuka Hospital in Japan were included in this study. Only patients who met the following criteria were enrolled: (1) liver resection without biliary reconstruction; (2) without other malignancy; and (3) until compensated cirrhosis with Child-Pugh class A or B. At the author’s department, the rate of SSI during hepatectomy was 25% according to previous data. The sample size required to detect a difference by chi-square test with 80% power at the 5% significance level was 124 patients. There were 130 patients enrolled in this study. One patient refused to participate in the study. The authors obtained approval from the local ethics committee and obtained informed consent from the other patients. Finally 125 patients were randomly assigned to an absorbable sutures (Vicryl, Johnson & Johnson Corp., Tokyo, Japan) or a non-absorbable sutures (Silk) group. Because the operative procedure used on 4 patients was either conversion to radiofrequency ablation or biliary reconstruction (Figure 1) they were not included in the study. Randomization was achieved by providing sealed envelopes to be opened by the operator before laparotomy. Data analysis was performed for 125 patients. 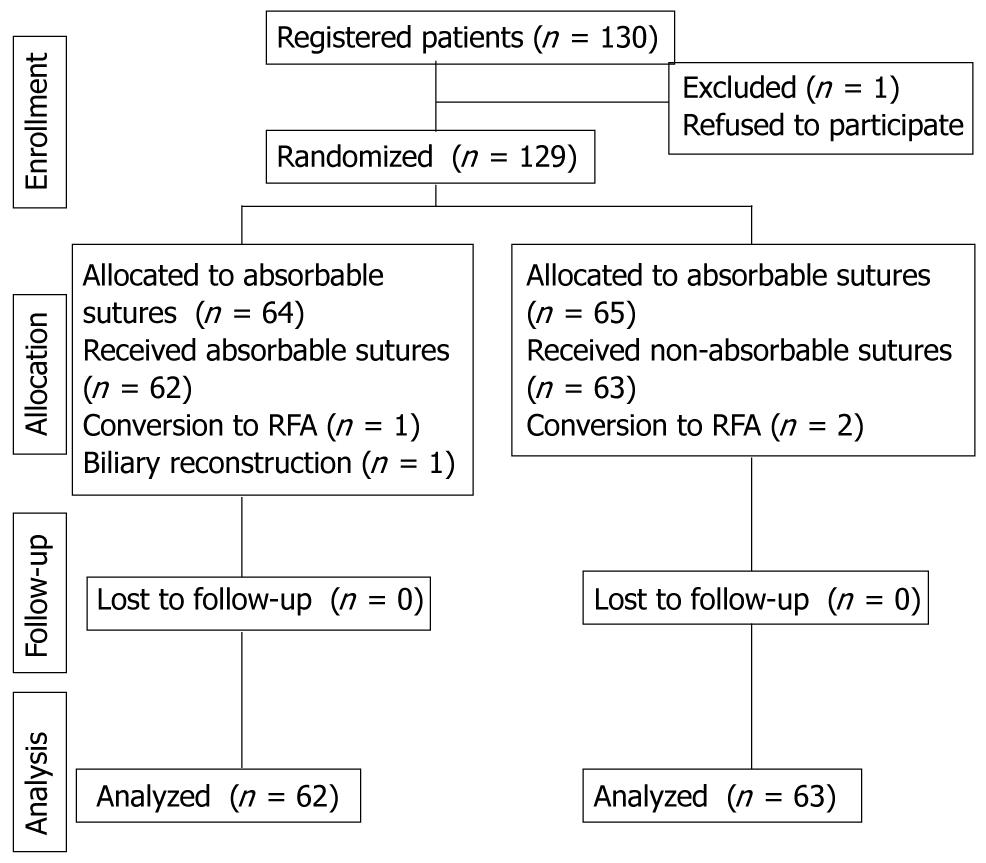 Figure 1 The trial profile of the patients in this study. RFA: Radiofrequency ablation.

Surgical technique and intra-operative care were standardized by the same team in this study. These included a J-shaped incision for routine abdominal access, a slow and gentle hepatic dissection using an ultrasonic dissector with coagulator (CUSA Excel, Integra Co., USA), with systematic ligation of all sizable vessels, and close ultrasonographic guidance along the transection line. Cholecystectomy was performed in all patients if the gallbladder was present. Intraoperative bile leakage test was routinely performed to identify bile leakage[9]. With this procedure, we recognized small bile leakage sites on the cut liver surface and could repair these sites by Z-suturing using 6-0PDSII (Johnson & Johnson Corp., Tokyo, Japan). Intraoperative vascular control was achieved using the Pringle maneuver[10]. In order to prevent backflow bleeding central venous pressure was decreased to as low as 5 mm Hg when possible with careful circulating volume and respiratory assistance. When central venous pressure control was insufficient, outflow control was achieved by selective vascular exclusion, or by clamping of the infrahepatic inferior vena cava[11]. One or two closed drains were inserted close to the cut surface of liver parenchyma. Before the subcutaneous tissue was closed, the wound was washed with 1 L saline. Vicryl (Johnson & Johnson Corp., Tokyo, Japan), an absorbable suture material, was used during abdominal wound closure. Drains were removed when no bleeding or bile leakage were observed within 3 d. Bile leakage was defined as the drainage of macroscopic bile from the surgical drains for more than 7 d after surgery[9]. If bile leakage is clinically suspected after the removal of drains, percutaneous drainage is performed. Intravenous ampicillin/sulbactam (ABPC/SBT) 1.5 g was administered 30 min before surgery and additional ABPC/SBT was administered every 3 h. Systemic antibiotics were used for only two days after surgery. During the operation gloves were changed every 3 h.

SSI was defined as a condition in which purulent discharge was observed from any incision or space that was manipulated during an operation with or without microbiological evidence as in the guideline issued by CDC[6] and it was identified prospectively by direct observation of the surgical site. Patients were followed up 30 d after hospital discharge. SSI occurring after hospital discharge was included in this study. Remote infection was defined as a condition in which fever and leukocytosis were present with bacteria in sputum, urine, catheter-tip, blood, or other body fluid/space with or without microbiological evidence.

We analyzed associations between the continuous and categorical clinico-pathologic variables using the Student’s t tests and χ2 tests, respectively. Multivariate analysis was performed with a logistic regression test. A P value less than 0.05 was considered statistically significant.

Comparison of duration to recovery in the patients with SSI

Among the patients with SSI, the period for recovery in the Vicryl group was significantly shorter compared to the Silk group (Table 4).

The incidence of SSI as a form of postoperative infection was previously reported to be 20%-25%[8,13,14]. In our clinical experience, the incidence of SSI was observed to be 13.1% in this study and the rate of occurrence is decreasing every year because of SSI surveillance and development of surgical techniques such as closed suction drain and the prevention of bile leakage. Togo et al[8] reported the incidence of postoperative infection gradually decreased significantly with additional countermeasures. A larger sample size as well as a multi-institutional study is required for a randomized controlled study.

Intraoperative blood loss, long operation time and bile leakage were associated with SSI in our study. Both transfusion and operation time are reported to be risk factors of SSI in hepatectomy or other surgery[5,15]. Transfusion could induce immunosuppression in postoperative patients by reduction of the natural killer cell and cytotoxic T-cell populations[16,17]. Operation time could influence the concentration of systemic antibiotics, leading to the incidence of SSI. Bile leakage was observed at 4.8% (6/125) in this study. Generally the incidence of bile leakage was 4.0%-7.2% in recently reported large series[9,18-20]. The presence of bile, blood, and devitalized tissues in the dead space after hepatectomy may provide the ideal environment for bacterial growth and development of organ/space SSI, which frequently results in liver failure. To reduce organ /space SSI, it is most important to prevent bile leakage.

Surgical site infection (SSI) is one of the most important morbidities of surgery and leads to prolonged hospital stays. In this paper the authors provide the outcome of a randomized clinical trial investigating the type of sutures used during hepatectomy to determine which is better in preventing SSI, absorbable sutures or non-absorbable sutures.

This is a randomized clinical trial investigating the type of sutures used during hepatectomy.