AIM: To evaluate the efficacy of endoscopic diagnosis and therapy for jejunal diverticular bleeding.

RESULTS: Of the 10 patients, 5 had melena, 2 had hematochezia, 2 had both melena and hematochezia, 1 had anemia and dizziness. DBE revealed ulcers with stigmata of recent hemorrhage in 6 patients treated by injection of epinephrine diluted at 1:10 000, Dieulafoy-like lesions in 4 patients treated by deploying hemoclips on the vessels, colonic diverticula in 2 patients, and duodenal diverticula in 3 patients, respectively. Of the 2 patients who underwent surgical intervention, 1 had a large diverticulum and was referred by the surgeon for DBE, 1 received endoscopic therapy but failed due to massive bleeding. One patient had a second DBE for recurrent hemorrhage 7 mo later, which was successfully treated with a repeat endoscopy. The mean follow-up time of patients was 14.7 ± 7.8 mo.

CONCLUSION: DBE is a safe and effective treatment modality for jejunal diverticular bleeding.

Jejunal diverticulum, first described by Sir Astley Cooper in 1807, is a rare lesion of the small intestine seen in 2%-2.3% of small-bowel contrast studies[1,2] and 1.3%-4.6% of autopsy studies[3,4]. Most jejunal diverticula are asymptomatic, but they are usually complicated by diverticulitis with or without bowel perforation, intestinal obstruction, and bleeding, once they become symptomatic[5,6]. Massive gastrointestinal bleeding secondary to jejunal diverticulosis is extremely rare, and only less than 50 cases have been reported[7]. Most of them present with obscure gastrointestinal bleeding.

In the past, jejunal diverticular bleeding was surgically treated[8], with associated operative morbidity and mortality, as well as postoperative ileus[9]. Double-balloon enteroscopy (DBE), a new technique developed by Yamamoto et al[10], using the push-and-pull method, enables optimal to-and-fro observation as well as therapeutic intervention[11]. Herein, we describe our clinical experience with this new technique in the diagnosis and treatment of jejunal diverticular bleeding at one academic tertiary-referral center in Taiwan.

From January 2004 to September 2009, 154 patients with obscure gastrointestinal bleeding were referred for DBE at our tertiary referral center. Ten (6.5%) consecutive patients with jejunal diverticular bleeding (5 males and 5 females) at the age of 68.7 ± 2.1 years (range 19-95 years) at Chang Gung Memorial Hospital, Academic Tertiary Referral Center, were enrolled in this study. Obscure gastrointestinal bleeding is defined as the absence of an identified bleeding source after standard endoscopic evaluation[12,13]. The demographics of these patients are shown in Table 1. Of the 10 patients, five had melena, two had hematochezia, two had both melena and hematochezia, and one had microcytic anemia and dizziness.

Informed consent was obtained each patient prior to the endoscopic procedure.

The DBE system (Fujinon Inc., Japan) developed by Yamamoto et al[10] was used. A Fujinon EN-450 T5-type enteroscope with a 2.8-mm working channel and a 9.4-mm outer diameter was used, permitting easier and greater instrument access where necessary. Two soft latex balloons were fitted at tip of the enteroscope and overtube. An air pump controller (Fujinon PB-10) was used to measure and control the pressure in both balloons. Insertion route was selected based on the information obtained from pre-DBE. Peroral route examination was performed first, in the event of insufficient localization clues, because of the direction of peristalsis in the small intestine, which could thus reduce interference from blood in the small intestine. If no bleeder was identified, tattooing with pure carbon was performed at the most distal point during the examination. A second examination was performed a few days later. No special preparation was needed for the peroral examination other than an 8-12 h fasting. For the perianal examination, bowel preparation was performed as in colonoscopy. Mild sedation was accomplished via intravenous injection with meperidine (0.5-1.0 mg/kg) and midazolam (0.05 mg/kg). An Olympus rotary reusable delivery system, HX-110UR (2300 mm in length) with an EZ clip, was used for Dieulafoy-like lesions, and local injection with epinephrine diluted at 1:10 000 was applied to lesions with stigmata of recent hemorrhage (SRH).

All the 10 patients underwent peroral DBE, which was chosen according to the presenting clinical symptoms and signs, estimation of bleeding sites, and the results of previous studies. 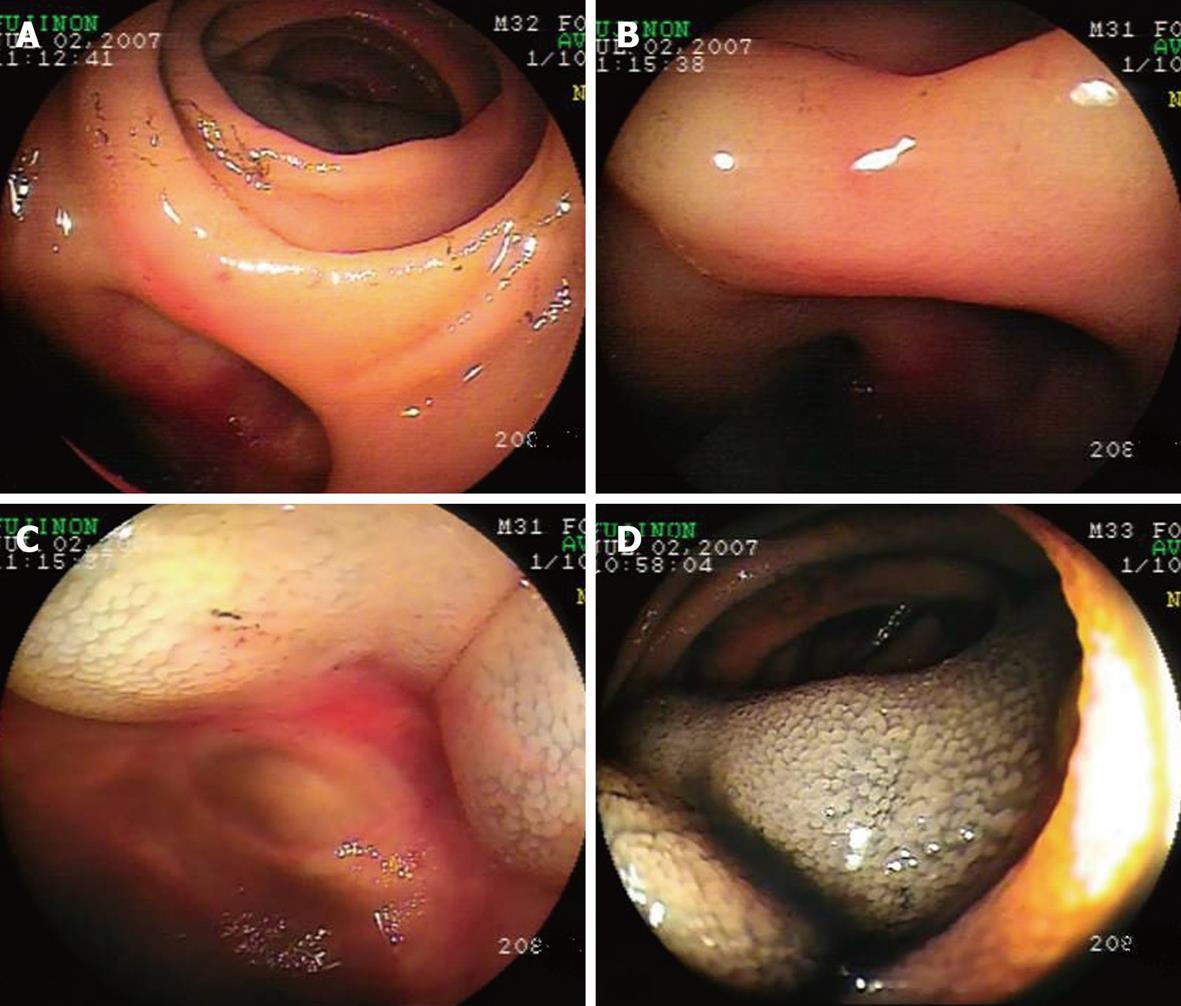 Figure 2 A Dieulafoy-like lesion observed in diverticular fold (A), which was managed by deploying two hemoclips on the vessel (B).

Of the two patients who underwent further surgical intervention, one had a large diverticulum (2.3 cm × 1.5 cm × 1.2 cm in size) and was referred by the surgeon for DBE, one experienced failure of endoscopic therapy due to massive bleeding. One patient underwent a second DBE for recurrent hemorrhage 7 mo later, and was successfully treated with a repeat endoscopy. The mean follow-up time of patients was 14.7 ± 7.8 mo. Occult blood testing was negative in stools of these patients, and no significant decrease was observed in hemoglobin during the follow-up period.

Gastrointestinal bleeding is frequently encountered by the endoscopist in his/her daily medical practice. Ninety-five percent of the bleeders can be identified by conventional upper endoscopy or colonoscopy. However, 5% of bleeders cannot be found even on repeat conventional upper endoscopy or colonoscopy. This phenomenon is known as obscure gastrointestinal bleeding, and can be further divided into frank bleeding (overt bleeding) and iron-deficiency anemia with guaiac-positive stools (occult bleeding)[12,13]. The bleeding site of most obscure gastrointestinal bleeders is in the small intestine. Lesions in potential bleeders can be further classified into 3 types: vascular lesions, neoplastic lesions, or inflammatory lesions, including diverticula[14].

It has been reported that most patients with jejunal diverticular hemorrhage are treated with surgical intervention[7,15]. Jejunal diverticula are frequently seen in the sixth and seventh decades of life, as an acquired lesion with no muscularis layer on the mesenteric side. Patients undergoing surgery for duodenal diverticula are at risk for operative mortality and morbidity, as well as postoperative ileus and complications of general anesthesia[9].

It has been recently reported that DBE, a novel and unique technique, can successfully treat jejunal diverticular bleeding[19,20], and allow to-and-fro observation of the small intestine, and more importantly, permits tissue diagnosis and therapeutic intervention[11,21,22]. Thus, the aim of our study was to evaluate the efficacy of DBE therapy for jejunal diverticular bleeding.

Since endoscopic injection in treatment of nonvariceal hemorrhage was first described by Soehendra et al[23] in 1985, many endoscopic therapeutic modalities including contact or noncontact thermal therapy, and mechanical therapy by deploying a hemoclip on the feeding vessel have been developed for upper and lower gastrointestinal hemorrhage[24].

To our knowledge, this is the first case series report of patients with jejunal diverticular bleeding treated via endoscopy with diluted epinephrine local injection or hemoclips. The complication of injection therapy for small intestine lesions has been reported by Yen et al[25] who reported a case of intestinal wall necrosis after injection therapy. In addition, he reminds us that advanced age, atherosclerotic vascular disease, anemia, hypoxemia, shock and thinner intestinal wall are the risk factors. The amount of diluted epinephrine used in this study ranged 1-3 mL and no intestinal necrosis was found in patients. Nevertheless, further study is needed to determine the ideal amount of diluted epinephrine.

In this study, the mean follow-up time of patients was 14.7 ± 7.8 mo, during which only two patients had surgical intervention due to the large diverticulum and massive bleeding. One patient had recurrent ulcer bleeding after 7 mo, and was successfully treated with a repeat DBE by local injection therapy. No additional bleeding occurred in the other seven patients during the most recent follow-up.

In conclusion, DBE is a safe and effective treatment modality for jejunal diverticular bleeding. If rebleeding occurs, a repeat endoscopic therapeutic procedure should be attempted in addition to surgical intervention.

The efficacy of endoscopy in diagnosing and treating jejunal diverticular bleeding was evaluated.

According to the findings in this study, DBE is a safe and effective treatment modality for jejunal diverticular bleeding.

DBE should be considered as the primary treatment modality for small intestine bleeding including jejunal diverticular bleeding.

DBE uses 2 soft latex balloons fitted on tip of the enteroscope and overtube to complete the whole small bowel study.

This is an interesting study describing the use of double-balloon-enteroscopy for hemorrhage from small bowel diverticula.