In this case report we present an elderly patient who was referred to our hospital with recurrent episodes of cholangitis that persisted after placement of five metal stents for a distal common bile duct (CBD) stenosis. All metal stents were endoscopically removed from the CBD by forceps after balloon dilatation of the papilla. A profoundly dilated CBD with sludge and concrements was seen. To ensure adequate bile drainage an enteral metal stent was inserted in the CBD. This case shows that proximally migrated uncovered metal stents in the CBD can be safely removed endoscopically under certain circumstances. We suggest that in the case of a CBD drainage problem due to an extremely dilated CBD, placement of an enteral metal stent in the CBD could be considered, especially in patients who are unfit for surgery.

Biliary drainage of inoperable malignant bile duct obstruction by a metal stent is preferred over plastic stents due to longer patency[1]. Unfortunately, even metal stents can become dysfunctional[2]. Usually a second stent (metal or plastic) is placed[3] or an attempt to remove the stent endoscopically can be made[4]. We report a case of relapsing cholangitis after placement of 5 metal stents. Removal of the metal stents and insertion of an enteral stent in the common bile duct (CBD) regained adequate drainage.

An 84-year old woman was referred to our hospital with relapsing cholangitis since August 2007. Under the suspicion of a malignant distal CBD stricture with stones, a metal stent was placed. As drainage remained inadequate, the patient underwent several endoscopic retrograde cholangiopancreatography (ERCP) and percutaneous transhepatic cholangiography (PTC) procedures with the subsequent placement of 5 uncovered metal 30 French 60 mm Wall stents (Boston Scientific Corporation, Natick, USA) and 2 externally draining PTC drains in the CBD, without clinical improvement.

The patient was referred to our centre in February 2008. Work-up by endoscopy and radiography showed five Wall stents in the CBD (four proximally and one was dislocated distally) and two externally draining 8 French percutaneous drains (Figure 1). To improve drainage the percutaneous drains were replaced by two internal/external 10 French drains. After endoscopic removal of the distally dislocated metal stent with the help of a snare, a large amount of biliary sludge with concrements was drained. 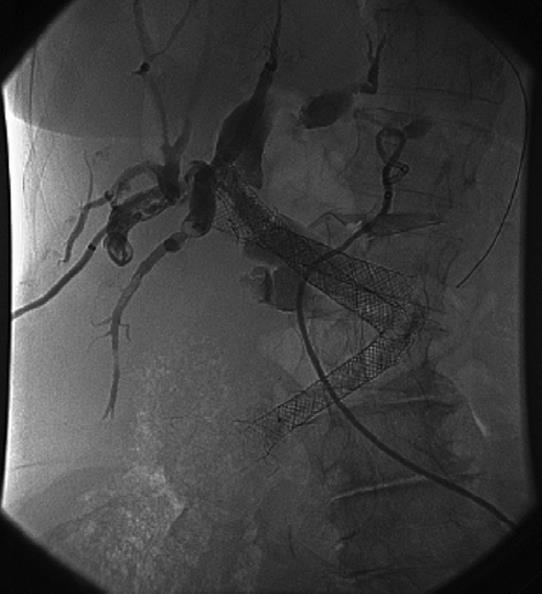 Figure 1 Radiography image. At time of presentation, sludge and stones in the proximal bile ducts with five metal stents in the CBD (four proximally and one distally) and two externally draining 8 French percutaneous drains.

The patient recovered well, but two weeks later, she had to be re-admitted with bile leakage alongside the drains and a poor overall condition due to inadequate drainage (Figure 2). 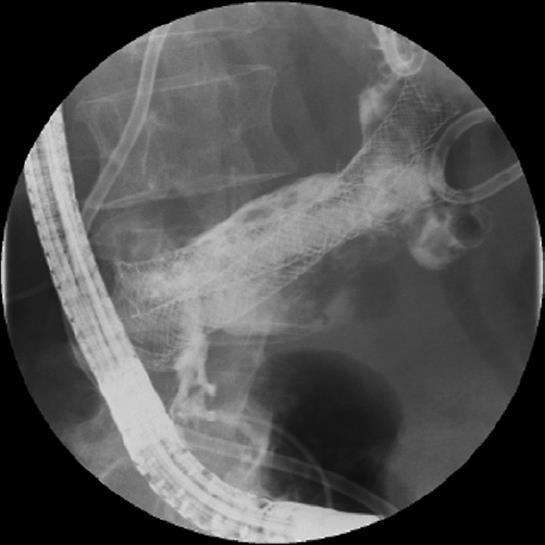 Figure 2 After endoscopic removal of the distal metal stent. The distal CBD was visualized with 4 metal stents proximally in an abnormal position in relation to the CBD.

During ERCP all metal stents were removed. We performed balloon dilatation (18 mm CRE balloon, Boston Scientific International S.A., Nanterre Cedex, France) of the sphincter and the relatively narrow distal CBD to 18 mm. We encountered four metal stents that had been overlapping. The stents were subsequently removed with foreign body forceps. With a balloon and crusher the majority of the concrements and debris was removed. Given the extreme dilatation of the CBD, up to 5 cm in diameter, with a profound angulation of the distal CBD and in retrospect no malignant stricture, an enteral metal stent was placed (WallFlex enteral duodenal stent 22 mm × 60 mm, Boston Scientific Corporation, Natic, USA) to prevent further obstruction by kinking[5] (Figure 3). Two internal/external drains were temporarily placed through the “enteral” stent to flush the bile ducts to remove the remaining debris. 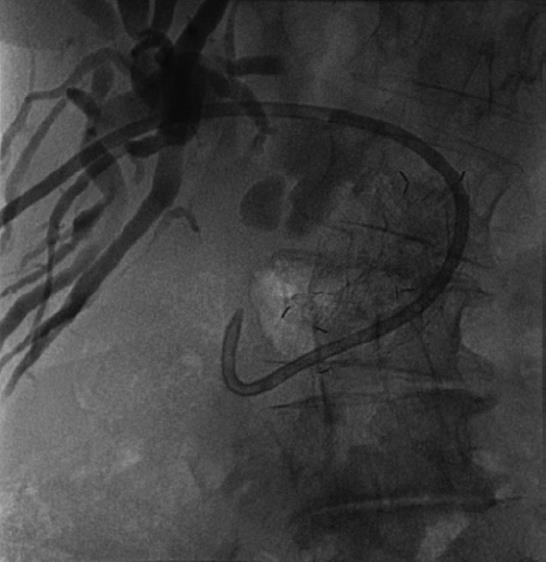 Figure 3 After placement of an enteral metal stent in the dilated CBD.

Six months later our patient is still without signs of cholangitis.

In this case the following aspects were identified: After several interventions, the CBD drainage was still inadequate and the general condition of the patient excluded surgery as an option. To improve drainage, we removed all metal stents. The endoscopic removal of distal dislocated metal stents by forceps or a loop was previously described by Matsushita et al[4]. However, in our case we removed, in addition to the distally dislocated stent, a total of 4 metal stents that had migrated proximally in the CBD. To our knowledge, this has never been described. Usually these proximally migrated stents are fixed into their surroundings due to the radial expending force and ingrowth of bile duct epithelium. Secondly, these stents were located beyond the papilla which had to be dilated in order to reach the stents. Normally in the case of stent dysfunction, plastic stents or a second metal stent is introduced through the obstructing metal stent. However, the metal stents seemed to attribute to the increased angulation of the distal CBD and therefore had to be removed. In this particular case, safe removal was possible because the metal stents were free floating within an extremely dilated CBD. This left the patient with a widened CBD with a secondary distal angulation contributing to recurrent obstruction. Normally a hepaticojejunostomy would solve these problems, however, her general condition combined with her age forced us to look for other options. We chose to place a large diameter enteral metal stent in the distal CBD to avoid dislocation and kinking of the widened CBD. This procedure was successfully used by Diehl et al[5] to stent a wide CBD due to a choledochal cyst. In our patient we achieved adequate drainage, the stent remained in position and no recurrence of cholangitis has occurred for more than 6 mo.

Proximally migrated uncovered metal stents in the CBD can be safely removed endoscopically under certain circumstances. We suggest that in the case of a CBD drainage problem due to an extremely dilated CBD, placement of an enteral metal stent in the CBD could be considered, especially in patients who are unfit for surgery.