A 62-year-old female patient was admitted to our hospital with a prediagnosis of gastric lymphoma. The patient has a suspicion of lymphoma with gastroscopy. The biochemical evaluation of the patient revealed mild elevation of fasting plasma glucose (126 mg/dL; reference range: 70-115 mg/dL[1]). Pancreatic amylase and lipase levels in serum were within normal limits. On abdominal computed tomography (CT), perigastric lymph nodes were demonstrated ranging between 10 mm and 20 mm. At this examination pancreas body and tail were not seen. Pancreatic head and neck were normal in size and shape (Figure 1A and B). Upper abdominal Magnetic resonance imaging (MRI) and magnetic resonance cholangiopancreatography (MRCP) were carried out with the suspicion of dorsal pancreatic agenesis. At MRCP, the major pancreatic duct was short and the dorsal pancreatic duct was not visualized (Figure 2A and B). 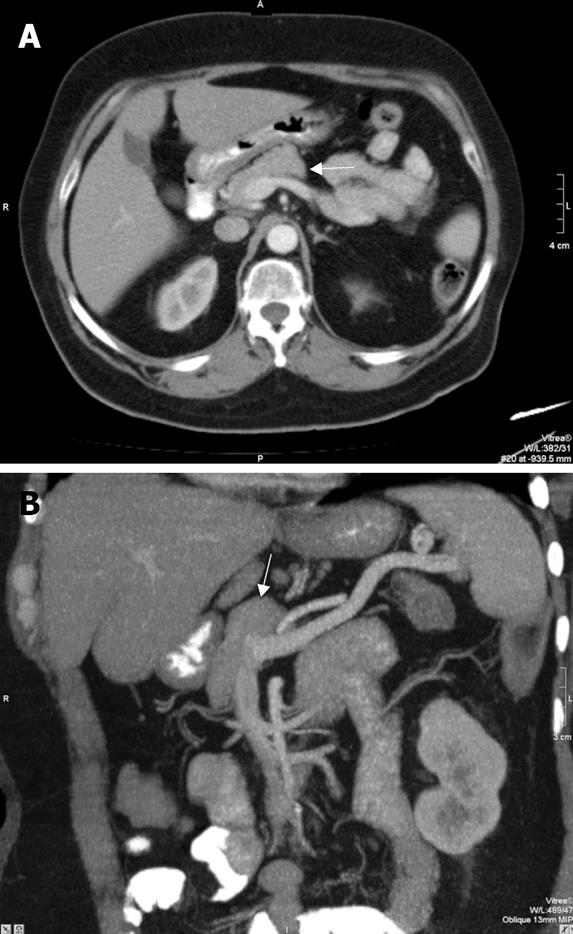 Figure 1 Axial CT (A) and thick-slice coronal oblique MIP CT (B) images show the pancreatic head (arrow) and the absence of the corpus and tail of the pancreas. 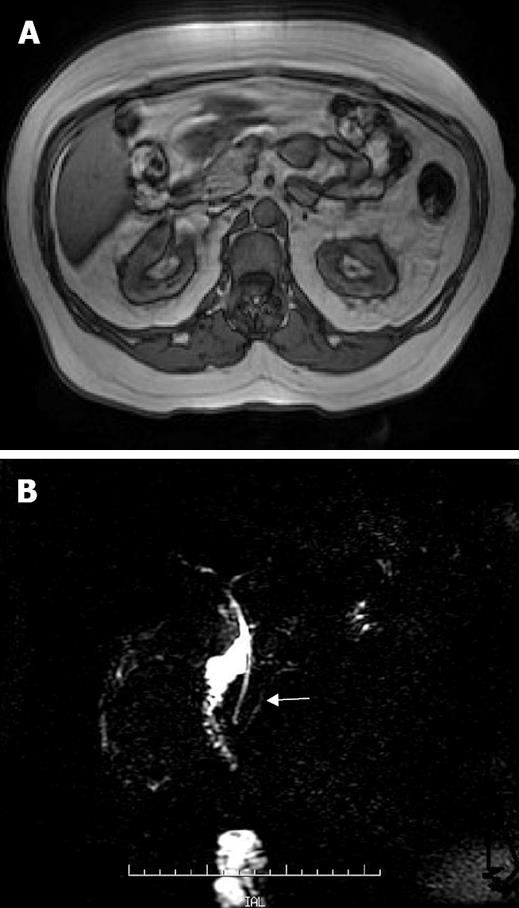 In our patient, distal pancreas was absent on CT and MRI images. On MRCP, dorsal duct system was not visualized and a short ventral duct was present which supports the diagnosis of dorsal pancreatic agenesis. In summary, this extremely rare congenital anomaly must be kept in mind when the corpus and tail of the pancreas are not seen at routine examinations or as in our case an incidental finding at the examinations for different pathologies.