AIM: To study the predictive value of the vegetative-depressive symptoms of the Zung Depression Rating Scale for the occurrence of depression during treatment with peg-interferon α-2b of chronic hepatitis C (CHC) patients.

CONCLUSION: In this group of Belgian CHC patients infected after substance use, antiviral treatment caused a considerable risk of depression. Seven vegetative-depressive symptoms of the Zung scale at wk 4 of treatment predicted 95% of all emerging depressions, at a price of 56% false positive test results.

Following the recent expert consensus, patients with chronic hepatitis C (CHC) should now receive interferon (IFN) and ribavirin regardless of psychiatric status, except in uncontrolled psychiatric disease[1-3]. As 23%-44% of patients treated with IFN develop depressive symptoms during treatment[4,5] and since, more patients are treated, interferon-induced psychiatric illness is likely to become an increasingly important clinical problem[4,6-14].

IFN-induced depression appears to be a depressive disorder that is unusually responsive to antidepressant treatment. Approximately 80% of patients are responsive within 4 wk[15]. This high response rate may be related to the usually short duration of this illness when treatment is initiated, to the mild to moderate severity of illness in most cases[1], but also to the mainly interferon-induced influences on the central nervous system[16].

Based on the results of a small scale study (n = 16), it has been hypothesised that vegetative symptoms are early predictors for the emergence of full depression[9]. We wanted to confirm or refute this finding in a larger patient group of CHC positive substance users, classically considered as predisposed for depression[17].

Therefore, the predictive value of an increase in the score of the seven vegetative-depressive symptoms from the 20-item Zung Depression Rating Scale[18] was studied in a new study in substance users, using the emergence of a DSM-IV based major depression during treatment as the outcome measure.

Previously untreated patients, 18 years or older, with compensated chronic HCV infection acquired after substance use, with a serum alanine aminotransferase level above the upper limit of normal, and positive serum HCV RNA were eligible for the study.

HCV patients infected after substance use were defined as patients who were HCV-positive and who had used cocaine, heroin or LSD at least once. All of them were currently or previously cared for in multidisciplinary and specialised programs, according to criteria defined in the Belgian guidelines for the treatment of CHC patients infected after substance use (Table 1)[1]. Patients, who had co-infections such as hepatitis B virus or human immunodeficiency virus, or patients with a diagnosis of uncontrolled neurological, cardiovascular, endocrine, haematological, hepatic or renal disease or patients with insufficient knowledge of the Dutch or French language were excluded.

The study was approved by the ethical review board of the Catholic University of Leuven Medical School and by the Medical Ethical Committees of each of the different centres, and carried out in accordance with the Declaration of Helsinki. Written informed consent was obtained from each subject prior to participation.

In total, 12 hepatologists in collaborating treatment centres (in whom 49 patients were treated) agreed to apply a 20-item Zung self-rating depression scale (SDS) at wk 0, 4 wk after start of treatment and after the treatment regimen was completed. Zung scale results could score between 25 (normal) and 100 points. A high score indicates a depressive attitude. A cut-off of equal to and higher than 60/100 was considered as indicative for diagnosable depression[18].

Clinical diagnosis of depression was confirmed by a qualified psychiatrist on the basis of DSM-IV criteria for major depression[20].

Quantitative measures are expressed as mean or as median. Qualitative variables are presented as counts and percentages.

The χ2 test statistic and logistic regression methodology were used to compare two patient subgroups with respect to categorical outcome measures. T-tests for independent samples and linear regression methodology were applied to compare subgroups for differences in means of continuous variables. Non-parametric test statistics such as the Wilcoxon Rank Sum test were used if normality was absent.

In identifying an optimal cut-point for the Zung-vegetative symptoms score, we searched for a maximal sensitivity with a positive predictive value of at least around 50%. We report the full ROC curve, the AUC and its confidence interval for the four-week vegetative subscale of the Zung and the AUC and the P-values for possible alternative measures.

Eighty patients in whom chronic hepatitis C was diagnosed as acquired after substance use were randomised to treatment with either interferon α-2b or pegylated interferon α-2b combined with ribavirin and were followed by a hepatologist who accepted to apply the Zung rating scales. Fourteen patients never started the study because they were still consuming substances in an uncontrolled way. Nine had major depressive disorder (MDD) at baseline and were therefore excluded. For 8 patients data collection was incomplete. In total 49 eligible patients were included in this analysis (Figure 1). 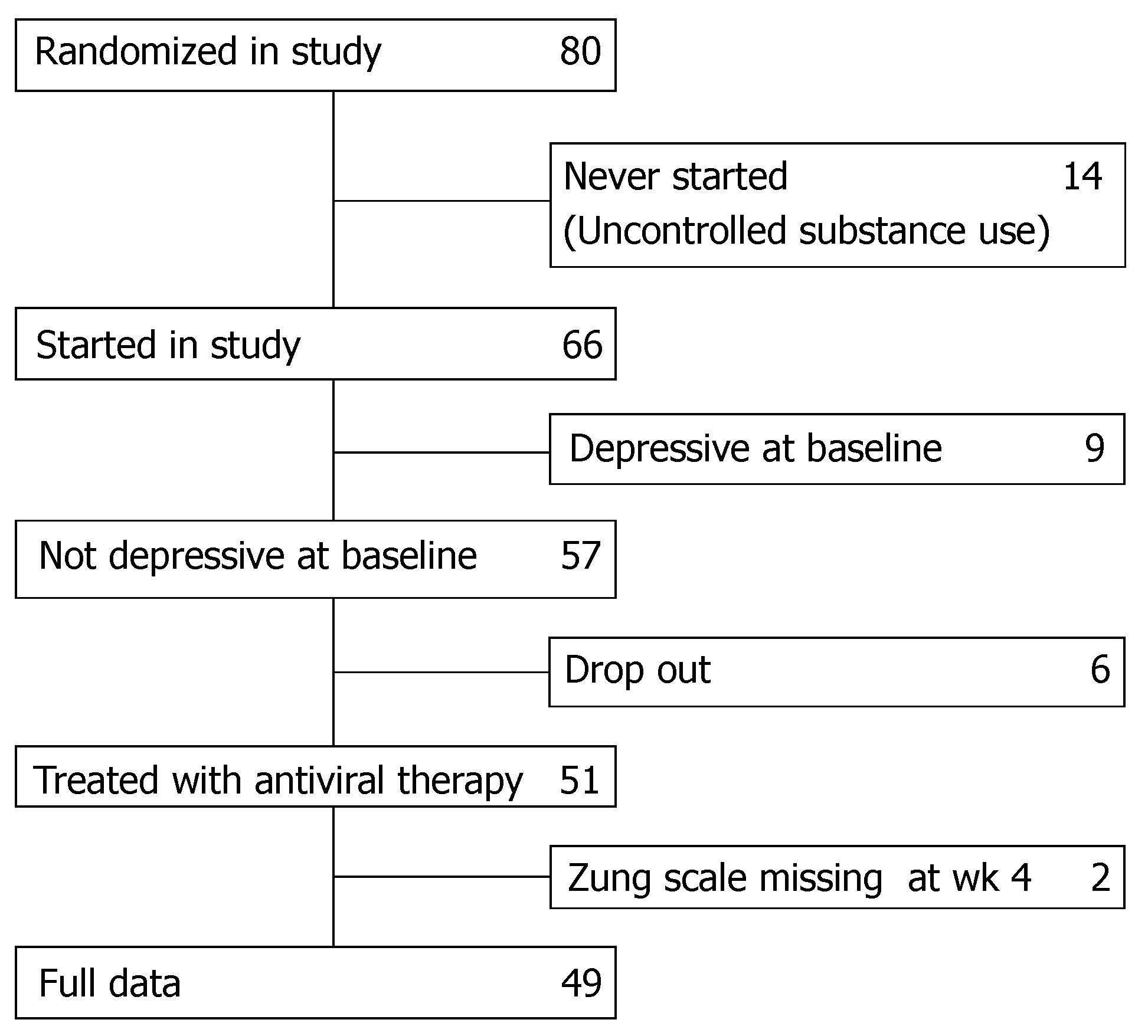 Figure 1 Flow chart of the patients included in the study.
Baseline characteristics

Demographic characteristics and clinical data for all eligible patients not having depression at baseline (n = 49) are summarized in Table 1. There were no baseline differences between the two treatment groups, with the exception of HCV genotype distribution (P = 0.02) and alanine aminotransaminase (ALT) level (P = 0.06).

Nineteen patients became depressed during antiviral treatment. Median time to depression ranged from 4 to 26 wk and was distributed over this whole period with a mean of 10 wk.

At baseline there was no difference in total, vegetative or cognitive Zung score between patients who subsequently became depressed or not. 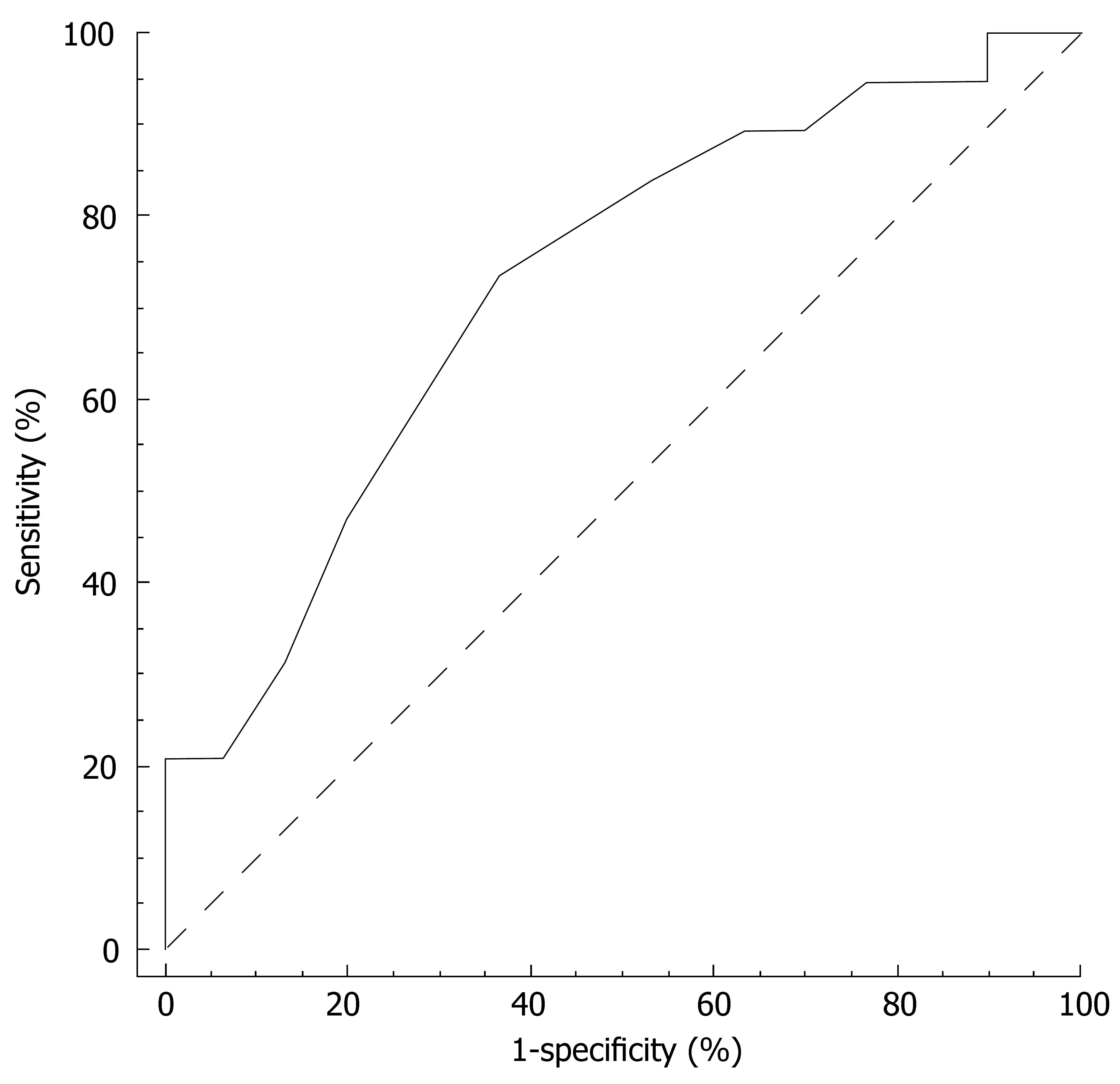 Figure 2 ROC prediction of depression based on vegetative Zung scale at wk 4.

The increased vegetative Zung scale was not merely a measure of depression at that moment, but predicted the occurrence of depression scattered over the weeks and months afterwards. Results were not different according to gender, age and genotype.

The early presence of vegetative symptoms seems to be predictive for the occurrence of depression later on. In a small scale prospective study (n = 16)[9] it was found that the increase in the vegetative subscale score of the Montgomery Asberg Depression Rating Scale (MADRS) or the Hamilton Depression Rating Scale scales after one week of antiviral treatment following the start of antiviral treatment in CHC patients was predictive for MDD. We could confirm these findings in this prospective study during treatment with regular interferon or pegylated interferon in combination with ribavirin. Our study was larger and we had a more vulnerable population resulting in a higher number of patients becoming depressed during treatment. In this study, we found that a cut-off point of > 15/35 at the vegetative subscales at wk 4 resulted in a sensitivity of 95% at an acceptable positive predictive value of 44%.

There was no relation between a higher score or a significant increase in the cognitive subscale at wk 4 and a higher risk of subsequent clinical depression. This is in agreement with the hypothesis formulated in reference[9].

Also, the Zung depression rating scale as a whole was not predictive for the development of depression in substance use patients, at least after exclusion of the patients that were already depressed at baseline. In other studies the baseline value was found to be predictive for patients with the Minnesota Multiphasic Personality Inventory[22], the Hamilton Depression Rating Scale score (HDRSS)[23] and the Centre for Epidemiological Studies-Depression Scale, CES-D[24] higher than a certain cut-off level[21,25,26]. However, in these studies people that were depressed at baseline were not always excluded[25,26].

In our study, an increased vegetative subscale score at 4 wk of treatment predicted diagnosis of major depression scattered over the weeks and months afterwards. This scatter is comparable to results found in other recent studies[4,7-10,25].

This study has some limitations. It was restricted to substance users with CHC infection and antiviral treatment. Therefore, it is not possible to extrapolate to other patient groups. However, from small studies there seems no difference in the development or the mechanism of depression in other patient groups[9,30]. Secondly, although larger than previous studies[9] our sample size is still relatively low resulting in large confidence intervals.

In conclusion, the development of depression can reliably be predicted at wk 4 after start of interferon treatment by an increase in vegetative symptoms of depression (subscale score) to at least 15/35. This results in a prediction with a sensitivity of 95%, at the price of 56% false-positive test results, which for a screening test is considered to be acceptable. Treatment with antidepressants may cure or prevent depression and so increase the treatment adherence. This may improve the SVR in patients evolving to depression and make the SVR comparable to SVR in non-depressed patients. To formally prove this, however, it should be the subject of another study.

At this moment very few tools have been extensively studied to detect the patients at risk of depression during treatment with interferon. The Minnesota Multiphasic Personality Inventory is thoroughly studied but questioning 566 items makes it very elaborate to perform in a routine outpatient clinic.

Using only seven questions at week four of treatment from the vegetative-depressive symptoms of the Zung scale, it is possible to predict 95% of all emerging depressions, at a price of 56% false positive test results.