Radiofrequency ablation (RFA) is an innovative technique used primarily for the palliative treatment of unresectable liver tumors. Its therapeutic indications however, have been expanded and now include various other organs and diseases. There is a paucity of data regarding technical details and complications of the use of RFA in the spleen. We report a case of partial splenectomy using radiofrequency ablation for splenic hydatid disease, complicated by an abscess formation.

The spleen is an important component of the body’s defenses against infection and the adverse consequences of its removal have become increasingly apparent over the last four to five decades. Death rates from overwhelming post splenectomy sepsis have been reported to be up to 600 times greater than those of the general population, with an estimated life time risk for post splenectomy sepsis of 5%. There is evidence that splenic reticuloendothelial function can be preserved by partial splenectomy, provided that at least 25% of splenic tissue is preserved[1,2].

Partial splenectomy is not routinely practiced mainly because of the lack of vascular control to arrest bleeding[3]. The most common indications included splenic trauma, staging and palliation of malignant diseases, inflammatory pseudotumors, hemangiomas, lipomas, hamartomas, parasitic and non parasitic cysts and other benign conditions.

Radiofrequency ablation is a relatively new technique for local ablation of unresectable liver tumors[4]. It has been successfully adapted as a treatment modality of primary and metastatic tumors of the liver, kidney, breast, and bone[5]. Furthermore, the RF energy has been used successfully for the division of liver parenchyma[6]. Very few clinical studies refer to the use of RF energy in the spleen. We report a case of partial splenectomy using RF energy complicated by an abscess formation.

A 52 year old man was admitted to our hospital with vague abdominal pain localized to the left upper quadrant of the abdomen. The patient’s past medical history included an appendectomy performed 30 years ago and two operations for the removal of liver echinococcal cysts, performed 28 and 4 years ago. Physical examination and routine blood tests were unremarkable. The patient was found to be positive for anti-echinococcal antibodies, and thus two cycles of scolicidal agent were administered pre-operatively. The patient’s radiographic work up, which included routine X-rays, an ultrasound and a computed tomography of the abdomen, revealed two hydatid cysts; one located at the lower splenic pole (9 cm × 10 cm × 8 cm) and the other located at the left pelvic floor (10 cm × 5 cm × 4 cm).

The patient underwent an exploratory laparotomy, through a midline incision. The abdominal cavity was entered with difficulty due to dense adhesions. The left colon was mobilized from the lateral abdominal wall, but the cyst was attached to the mesentery and subsequently its blood supply was sacrificed. Multiple erosions of the left colon were identified and subsequently a left colectomy and end colostomy were performed. The cyst was finally removed en block.

The spleen was surrounded by multiple dense adhesions and access to the splenic hilum was very difficult. However all the surrounding tissue was mobilized and pushed away from the cyst and the splenic pole. No vascular division took place. The cyst involved the lower pole parenchyma.

At this point division of the splenic parenchyma was decided in order to achieve en block removal of the hytadid cyst.

The Radionics Cooltip Radiofrequency System (Radionics/Tyco Hellas) was used to create a zone of desiccation between the cyst and the splenic parenchyma. A 3 cm Cooltip RF electrode was applied approximately 2 cm from the cyst wall and into the splenic parenchyma away from the hilum (Figure 1). The RF generator was turned on to the maximum power up to 140 W. Generator output, tissue impedance and electrode tip temperature were calculated, and measurement appeared on the generator’s screen. Chilled saline was circulated by the perfusion pump through two coaxial cannulae in the probe during RF application to help prevent tissue boiling and cavitations immediately adjacent to the needle. The generator was activated to the maximum power and using the manual mode, the RF was applied until the impedance of the coagulated tissue reached a level twice as high as the initial measurement. Division of the splenic parenchyma was carried out using scissors. Residual bleeding was taken care of using RF again. The cyst was finally removed en block (Figure 2). 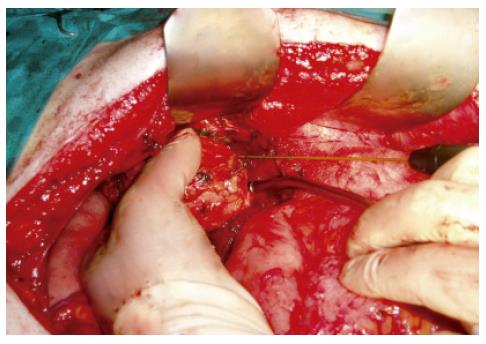 Figure 1 A zone of dessication was created between the hytadid cyst and the splenic parenchyma using the RF electrode. 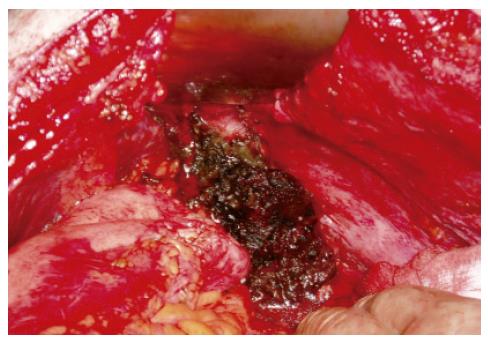 Figure 2 The splenic remnant after removal of the hytadid cyst and hemostasis using the radiofrequency energy.

After copious irrigation and hemostasis the abdominal cavity was drained and closed in a standard fashion and the colostomy was matured. The pathology revealed macroscopically an intact hydatid cyst surrounded by approximately a 1 cm ring of coagulated splenic tissue.

For the first two post operative days, small amounts of dark bloody stained fluid was continuously flowing from the splenic bed drain. On the fourth postoperative day the patient became septic and he was transferred to the ICU in septic shock.

The patient was taken back to the operating room, and splenectomy was performed. The spleen was found to be infected and multiple abscesses surrounding the spleen were identified (Figure 3). The abdominal cavity was then washed out with copious amount of irrigation, and drains were placed again. 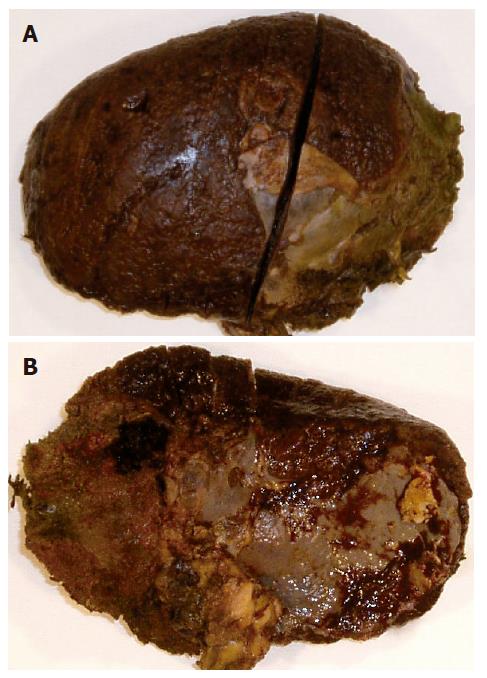 Figure 3 The splenic remnant was found to be infected with multiple microabscesses.

After 3 d in the Intensive Care Unit, the patient returned to the floor. Subsequently, the patient developed an enterocutaneous fistula, which was treated conservatively.

The pathology macroscopically revealed a splenic remnant that weighed 305 g and was 15 cm × 12 cm × 3 cm in size. A section of 1 cm of the parenchyma showed ash colored areas throughout the spleen, which became more prominent towards the lower pole.

Microscopically a zone of coagulative necrosis with deeper areas of liquefaction and hemorrhagic necrosis was identified. The rest of the spleen was characterized by changes in the architecture of the white pulp. The red pulp was characterized by intense dilation of the sinuses with infiltration of plasma cells and macrophages around the perivascular space throughout the spleen.

The incidence of septic complications, such as abscess formation, in RF assisted operations has been reported in various organs. In a recent review of 3670 patients with liver tumors who underwent open, laparoscopic percutaneous or combined RFA the incidence of septic complications was 1.1%[7]. Although there are no large series of RF assisted hepatectomies the reported incidence of an abscess formation after division of the liver parenchyma using RF energy remains low.

Septic complications resulting from the application of RF energy to the kidney, adrenals, breast and lungs have been documented to have an incidence of 1%. However all the reported studies have been conducted on a small series of patients[5].

Predisposing factors for septic complications in RF assisted operations are diabetes mellitus, the existence of bilio-enteric anastomosis for the liver cases and a simultaneous “dirty” operation, like a colectomy, with the most common reported pathogen being the Staphylococcus aureus[8].

In the presented case a colectomy was performed with a subsequent end colostomy due to multiple adhesions transforming a clean procedure into a “dirty one”. In our opinion, that may be a predisposing factor for a septic complication following RF assisted partial splenectomy, though this has not been investigated in the literature in most series, since most of the studies refer to RF as a single procedure.

Intraoperative cultures of the abscess material obtained during the operation, grew an enteric flora Enterococcus Faecium, sensitive to a broad spectrum of antibiotics.

Experimental studies[9,10] have established the safety and efficiency of RF energy to splenic tissue. Quanda Liu et al[11] reported the first clinical series of nine patients who underwent RFA for hypersplenism in patients with liver cirrhosis, with no mortality and no morbidity, other than hydrothorax. However, in this study, the spleen was ablated but not divided. To the best of our knowledge, no data exists regarding the application of the RF energy for partial splenectomy to the splenic parenchyma other than few case reports with zero reported morbidity[3,12].

We report a case of partial splenectomy using RF energy for hydatid cyst removal complicated by a splenic abscess.

Based on our experience of RF assisted liver resections, we applied maximum RF energy to create a zone of desiccation on the splenic parenchyma. However, the application of RF energy to the spleen is in many ways different than that performed on the liver parenchyma. Perhaps the double blood supply to the liver and subsequently the hit sink phenomenon, makes the liver parenchyma less sensitive to the RF energy than that of the spleen. In our case the pathology of the splenic remnant revealed changes throughout the splenic parenchyma probably due to excessive applied energy.

In conclusion, we believe that RF assisted partial splenectomy should be performed with the least possible RF energy to achieve hemostasis.