AIM: To know the epidemiology and outcome of Crohn’s disease at King Khalid University Hospital, Riyadh, Saudi Arabia and to compare the results from other world institutions.

METHODS: A retrospective analysis of patients seen for 20 years (between 1983 and 2002). Individual case records were reviewed with regard to history, clinical, findings from colonoscopy, biopsies, small bowel enema, computerized tomography scan, treatment and outcome.

RESULTS: Seventy-seven patients with Crohn’s disease were revisited, 13% presented the disease in the first 10 years and 87% over the last 10 years. Thirty-three patients (42.9%) were males and 44 (57.1%) were females. Age ranged from 11-70 years (mean of 25.3 ± 11.3 years). Ninety-two (92%) were Saudi. The mean duration of symptoms was 26 ± 34.7 mo. The mean annual incidence of the disease over the first 10 years was 0.32:100000 and 1.66:100 000 over the last 10 years with a total mean annual incidence of 0.94:100000 over the last 20 years. The chief clinical features included abdominal pain, diarrhea, weight loss, anorexia, rectal bleeding and palpable mass. Colonoscopic findings were abnormal in 58 patients (76%) showing mostly ulcerations and inflammation of the colon. Eighty nine percent of patients showed nonspecific inflammation with chronic inflammatory cells and half of these patients revealed the presence of granulomas and granulations on bowel biopsies. Similarly, 69 (89%) of small bowel enema results revealed ulcerations (49%), narrowing of the bowel lumen (42%), mucosal thickening (35%) and cobblestone appearance (35%). CT scan showed abnormality in 68 (88%) of patients with features of thickened loops (66%) and lymphadenopathy (37%). Seventy-eight percent of patients had small and large bowel disease, 16% had small bowel involvement and only 6% had colitis alone. Of the total 55 (71%) patients treated with steroids at some point in their disease history, a satisfactory response to therapy was seen in 28 patients (51%) while 27 (49%) showed recurrences of the condition with mild to moderate symptoms of abdominal pain and diarrhea most of which were due to poor compliance to medication. Seven patients (33%) remained with active Crohn’s disease. Nine (12%) patients underwent surgery with resections of some parts of bowel, 2 (2.5%) had steroid side effects, 6 (8%) with perianal Crohn’s disease and five (6.5%) with fistulae.

CONCLUSION: The epidemiological characteristics of Crohn’s disease among Saudi patients are comparable to those reported from other parts of the world. However the incidence of Crohn’s disease in our hospital increased over the last 10 years. The anatomic distribution of the disease is different from other world institutions with less isolated colonic affection.

Crohn’s disease is a chronic recurrent inflammatory disorder of the bowel of unknown cause that can affect any gastrointestinal site from mouth to the anal canal. It results in long-term morbidity and the need for medical treatment and surgical interventions with resection of bowels. Slight increase in mortality plays significant demands upon healthcare resources[1,2]. Epidemiological studies have shown that Crohn’s disease tends to increase[3-5]. These may be due to improvement of diagnostic procedures and practices and increasing awareness of the disease. Crohn’s disease varies with geographical location[6-15]. Diet and genetic predisposition triggered by environmental factors may play a significant role[16].

The aim of this study was to know the epidemiology and outcome of Crohn’s disease at our institution and to compare the results with reports from other world institutions.

All patients attending the Gastroenterology Unit of King Khalid University Hospital, Riyadh, Saudi Arabia with a diagnosis of Crohn’s disease between 1983 and 2002 were enrolled into the study. Seventy-seven patients with Crohn’s disease were qualified (based on completeness of the data). The files of these patients were thoroughly reviewed from the time when the diagnosis of Crohn’s disease was made based on history, colonoscopic findings, colonic biopsies, small bowel enema and CT scan of abdomen up to the date of each patient’s last follow-up. Significant data collected included epidemiological points of Crohn’s disease patients, age and gender at presentation, smoking history, the common clinical features of the disease, diagnostic modalities used for confirmation of the disease and their corresponding results, laboratory tests at initial and last visits, current status of the patient, treatment protocols used, their responses to treatment and outcome of management. 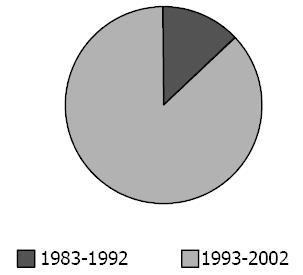 Figure 1 Number of patients with Crohn’s disease over the last 20 years. 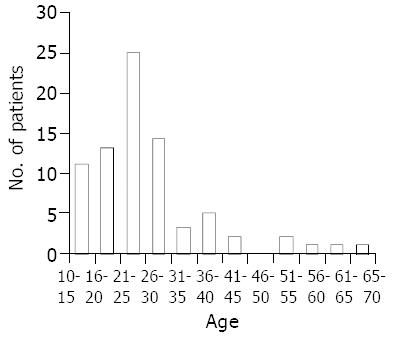 Figure 2 Age of patients at presentation.

Table 2 illustrates the chief clinical features of patients with Crohn’s disease, showing abdominal pain in 67 patients (87%), diarrhea in 60 (78%), weight loss in 41 (53%), anorexia in 22 (29%) and rectal bleeding in 19 patients (25%). Fifty eight percent of patients had abdominal tenderness and 10% had palpable mass while 42% had negative physical examination findings.

The anatomic distribution of Crohn’s disease in our patients was as follows, namely 16% had small bowel disease without colonic involvement, 78% had both small and large bowel disease and 6% had colitis alone.

Of the 77 patients, 55 were treated with steroids. A satisfactory response was seen in 28 patients (51%) while 27 (49%) showed recurrences of the condition, most of which were due to poor compliance to medication. Twenty-one (27%) patients however, did not receive steroids, of them seven (33%) remained with active Crohn’s disease.

Nine (12%) patients underwent surgery with resections of parts of their bowel, two (2.5%) with steroid side effects, 6 (8%) with perianal disease (e.g. fissure, sinuses or fistulae), and 3 (4%) with fistulae between the bowel and 2 (2.5%) with perianal fistulae.

The present study was a retrospective study done in a referral, teaching hospital where we noticed an increase in the number of patients with Crohn’s disease over the last a few years (Figure 1).

The total number of patients with Crohn’s disease in KKUH from1983 till 2002 was seventy-seven. Some of them were diagnosed after admission to the hospital for investigation and management of acute problems and the remaining as outpatients for investigations of chronic problems, e.g. diarrhea, abdominal pain and loss of weight.

There was an increase in the number and incidence of patients with Crohn’s disease over the last 10 years in comparison to the first 10 years of the study. This is not definitely related to the accuracy of diagnostic tools because the same investigations were applied to all patients, e.g. colonoscopy and radiological investigations from the start of the study. These may reflect an actual increase in the number of patients since 1993.

The mean annual incidence of the disease over the last 20 years was 0.94:100000 and this is more than that in Japan and some other Far East countries, less than that of Western countries and similar to that in the Province of Granada in Spain[8-13,20].

It appeared that there was a slight female preponderance to the disease and the female to male ratio was 1.33. This is similar to that of North American population and some European countries, while in some studies from various areas of Asia and Europe suggested that there was a marked male preponderance, e.g. 1.6:1-2.2:1 in Japan and Korea respectively and 1.3:1 in Italy[1,8-14].

In many European studies, the age distribution showed a bimodal pattern, with peaks at the ages of 20-29 and 60-69 years[12]. Many other studies, however, have demonstrated a unimodal distribution and some a trimodal distribution[15]. The peak age at diagnosis in our study was between 20 and 30 years and this is similar to the results of other institutions.

The clinical manifestations of Crohn’s disease are variable depending on the involved part of the bowel and the extent of disease. In our center more than two thirds of our patients presented had abdominal pain and diarrhea, half of all our patients had weight loss and tenderness, less than one third had fever and rectal bleeding and a few percent had a palpable mass. These presentations were investigated and the diagnosis of Crohn’s disease was confirmed by endoscopies, biopsies and radiological investigations. The above presentations are the usual manifestations of Crohn’s disease in most of the communities.

It is difficult to predict which patients with Crohn’s disease will go into remission. Localization of the disease, age, sex or even clinical symptoms did not significantly correlated with outcome of the treatment. Prolonged steroid response could occur in nearly half of patients receiving steroid[22]. In this review, 55 patients (71%) received steroids and 28 of them (51%) went into remission with good response to therapy while the remaining did not, mainly due to poor compliance to treatment. During the long-term follow-up of this study, 42 patients (54.5%) were in remission at any time.

It was estimated that 75% of patients with Crohn’s disease require surgery within the first 20 years after onset or appearance of symptoms. The most common operation performed is a resection of a diseased segment of small intestine and colon[23,24]. Only 12% of our patients had surgeries with resections of parts of their colon and small bowel.

Patients with Crohn’s disease who went into remission showed significant improvement in their hemoglobin and erythrocyte sedimentation rate (ESR) while other laboratory results remained statistically insignificant as that before remission.

Those who remained active showed no changes in all laboratory results.

The epidemiological characteristics of Crohn’s disease among Saudi patients are comparable to those reported from other parts of the world. There is an increase in the incidence of Crohn’s disease in our hospital over the last 10 years. However, the anatomic distribution of the disease is entirely different from other world institutions, with less isolated colonic disease and, all patients with perianal disease have colonic inflammation.