Citation of this article
Tunc B, Filik L, Tezer-Filik I, Sahin B. Brain metastasis of hepatocellular carcinoma: A case report and review of the literature. World J Gastroenterol 2004; 10(11): 1688-1689

Hepatocellular carcinoma (HCC) is one of the most frequent malignancies in the world. It is more common in far eastern countries and relatively rare in the United States and western European countries where at autopsy it accounts for only 1%-2% of malignant tumors. The disease is usually manifested in the the 6th and 7th decade of life. HCC is one of the highly malignant neoplasms. Extrahepatic metastases are seen in 64% of patients with HCC. The lungs, regional lymph nodes, kidney, bone marrow and adrenals are common sites of HCC metastasis[1-3]. But, metastasis to brain and skull is extremely rare. Table 1 shows some of the reported cases of HCC with brain metastasis. These case reports reaffirms the complex and multidisciplinary care of these patients[4-15].

The interval between diagnosis of primary cancer and detection of brain metastasis ranged from 2 to 54 mo. The mean survival period was only 3 mo after diagnosis of brain metastasis. The patients with HCC metastasized to brain died of neurologic causes rather than hepatic failure. Although no treatment is clearly defined to increase survival in patients with unresectable tumors, early diagnosis could improve the chance of curative surgical resection[9-12].

We describe a case of HCC presenting with the initial manifestations of an intracranial mass lesion without any symptoms or signs suggestive of the primary hepatic site of the tumor. The diagnosis could not be made until he was admitted to hospital with unilateral weakness and numbness. 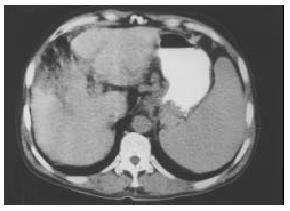 Figure 1 CT image of the lesion in the liver.

Abdominal sonography revealed findings consistent with chronic hepatitis. Thorax-abdomen-pelvic CT scan showed a hypodense mass lesion with irregular margins and 2.8 cm in diameter in the left lobe of the liver (Figure 2). Serum alpha-feto-protein level was higher than 400 U/L. Fine needle biopsy from the mass in the liver was performed. Pathological examination was consistent with the HCC. 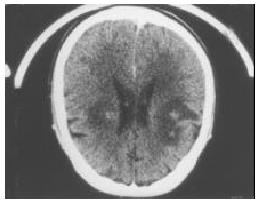 Figure 2 CT image of the metastatic lesions in brain.

He was given glucocorticoid therapy and referred to radiation oncology division for cranial radiotherapy.

Although brain metastasis may arise from primary sites in various organs and tissues, they are frequently seen with bronchogenic, breast, and prostate cancers. HCC commonly metastasizes to the lung, regional lymph nodes, peritoneum, and adrenal glands, but rarely to brain. Shuangshoti et al[14] reported that the secondary intracranial hepatic carcinomas were 1.3%-2.9% among intracranial metastatic tumors.

Most extrahepatic HCC occurs in patients at advanced intrahepatic tumor stage. Incidental extrahepatic lesions found at CT in patients having HCC of intrahepatic stage I or II are unlikely to represent metastatic HCC[2]. Our case had single nodule 2.8 cm in diameter. His bilirubin level was near normal. He did not have ascites. He had neither ascites nor history of hepatic encephalopathy. He had liver cirrhosis in Child A stage. If he had not had brain metastasis, he could have been candidate for curative hepatectomy. We believe that brain metastasis from HCC is relatively early in the disease progression.

Yen et al[16] reported a well documented group of 33 patients. Eighteen had brain parenchymal metastasis without skull involvement, the other 15 cases disclosed skull metastasis with brain invasion. The underlying HCC are mainly of expanding 39.4% and multifocal 39.4% types, and 54.5% had mental changes not related to hypoglycemia or hepatic encephalopathy. Nevertheless, our case had unifocal HCC.

Yen et al[16] reported that 90% of 15 cases had hyperdense mass lesion by non-contrast computed tomography scan and 17 cases showed homogenous enhancement (77.3%) by post-contrast CT images. In the non-skull involved group, 41.7% disclosed ring-shape enhancement and 87.5% had perifocal edema, and 24.2% presented as intracerebral hemorrhage. Our patient had perifocal edema in the brain but without hemorrhage.

Because no effective treatment for brain metastasis from HCC is available, further study is needed. Yen et al[16] reported 36.4% death of brain herniation.

Most of non-skull involved cases had simultaneous lung metastasis without bony metastasis, while the skull involved group (66.7%) disclosed extracranial bony metastasis without lung metastasis[15,16]. However, no other simultaneous metastasis site was found of our patient. HCC with intracranial metastasis is symptomatic and life threatening. Half the cases may come from pulmonary metastasis and the other half may be from bony metastasis even though our patient had neither of them. Surgery of the brain or skull metastasis is of no particular technical problem as long as they are located in accessible areas. Brain irradiation or surgery can prolong the survival. Radiotherapy seems to improve the quality and quantity of residual life, although the number of patients describes in the literature is not large enough to draw any definite conclusion.

Loo et al[12] reported that light microscopic examination of the metastatic tumor from HCC revealed a trabecular HCC with focal hemorrhage and necrosis. Their immunohistochemical profile was identical to that described in primary HCC.

Salvati et al[9] suggested that the stroke-like presentation of the cerebral localization of the disease can be explained by both the important vascularization of the tumor and the frequent hemocoagulative alterations caused by the cirrhosis.

In conclusion, the rarity of this type of case gives the clinician the suspicion of such associations when confronted with a patient with liver dysfunction and neurologic findings.