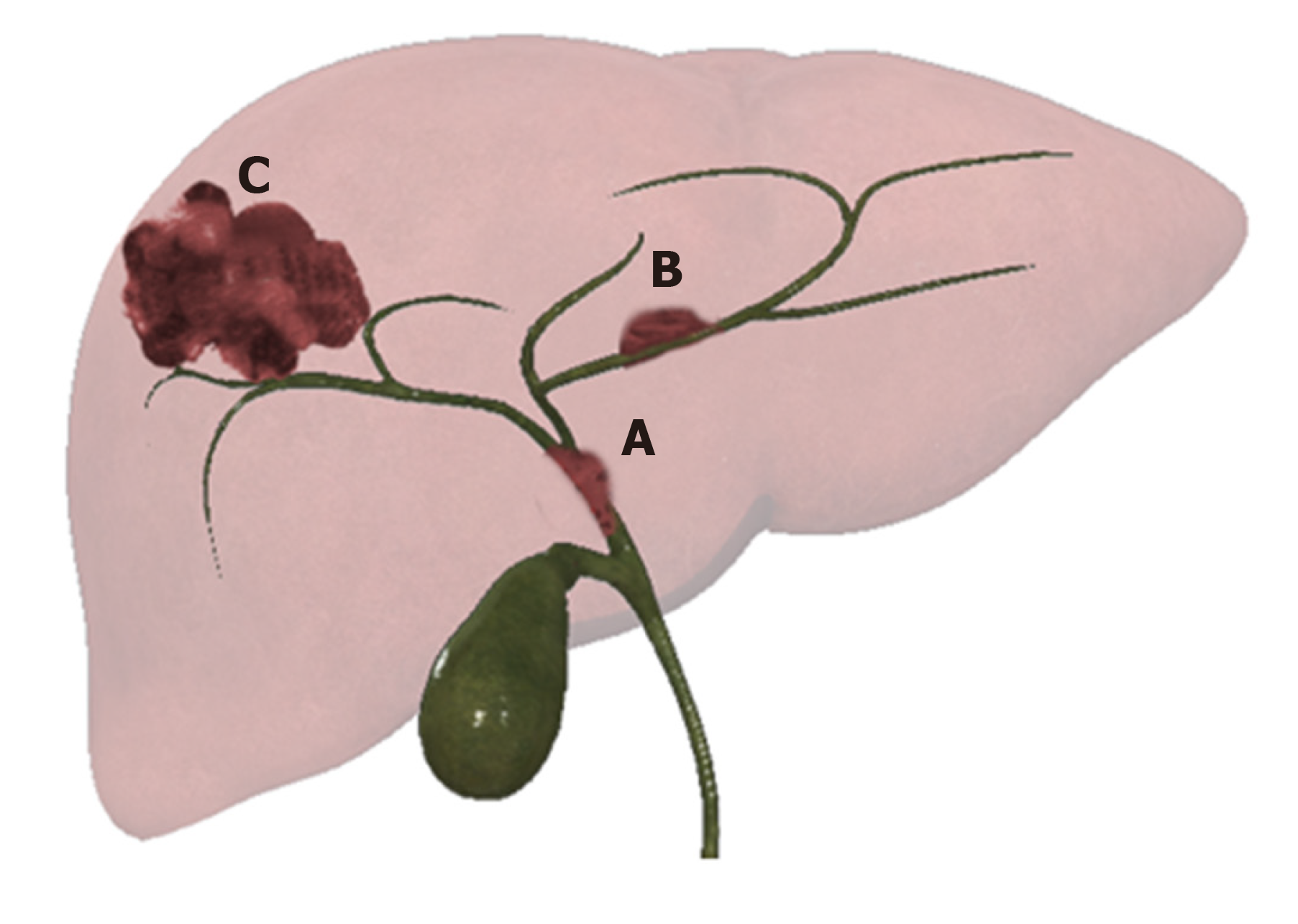 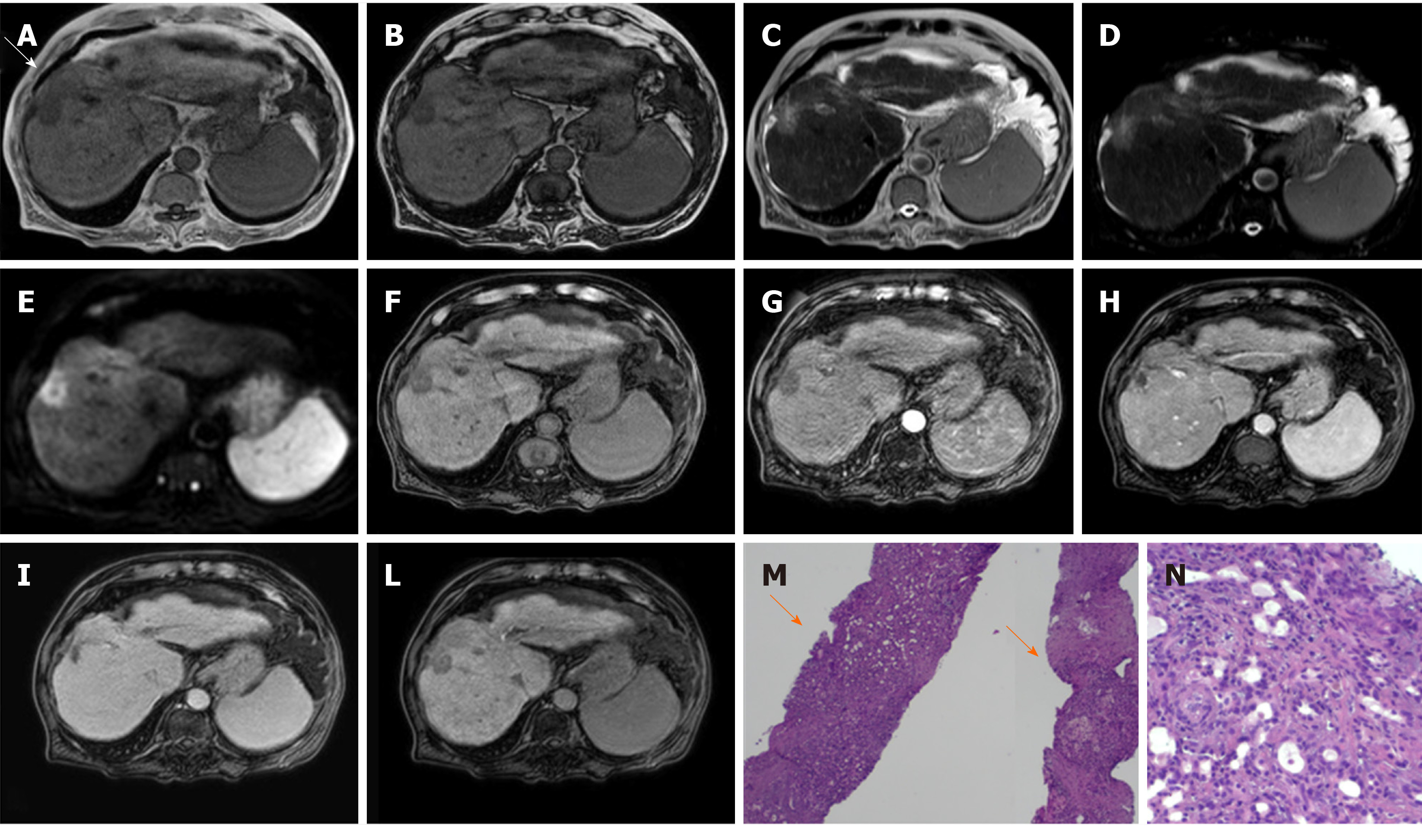 Figure 2 Mass forming cholangiocarcinoma. On a background of the alcohol-related cirrhotic liver, there is a 2 cm lesion in segment VIII with capsular retraction (white arrow). The lesion is hypointense on T1 IP and OP images. A and B: Slightly hyperintense on T2 and SPAIR; C and D: DWI restriction; E: The dynamic enhancement pattern after gadoxetic acid administration is a peripheral rim of enhancement in arterial and portal phase; G and H: Progressive centripetal enhancement on the delayed phase; I: The lesion demonstrates hypointensity in the hepatobiliary phase; L: The patient underwent percutaneous liver biopsy. Biopsy specimen stained with hematoxylin and eosin respectively at 4 × and 20 ×; M and N: Showed an adenocarcinoma (orange arrow) on a background of the cirrhotic liver (orange arrow); N: The magnification better depicts the appearance of the adenocarcinoma with the tubular aspect. The immunohistochemistry confirmed the positivity for PDX1 and CK7 and negativity for CDX2 and CK20, in keeping with cholangiocarcinoma. 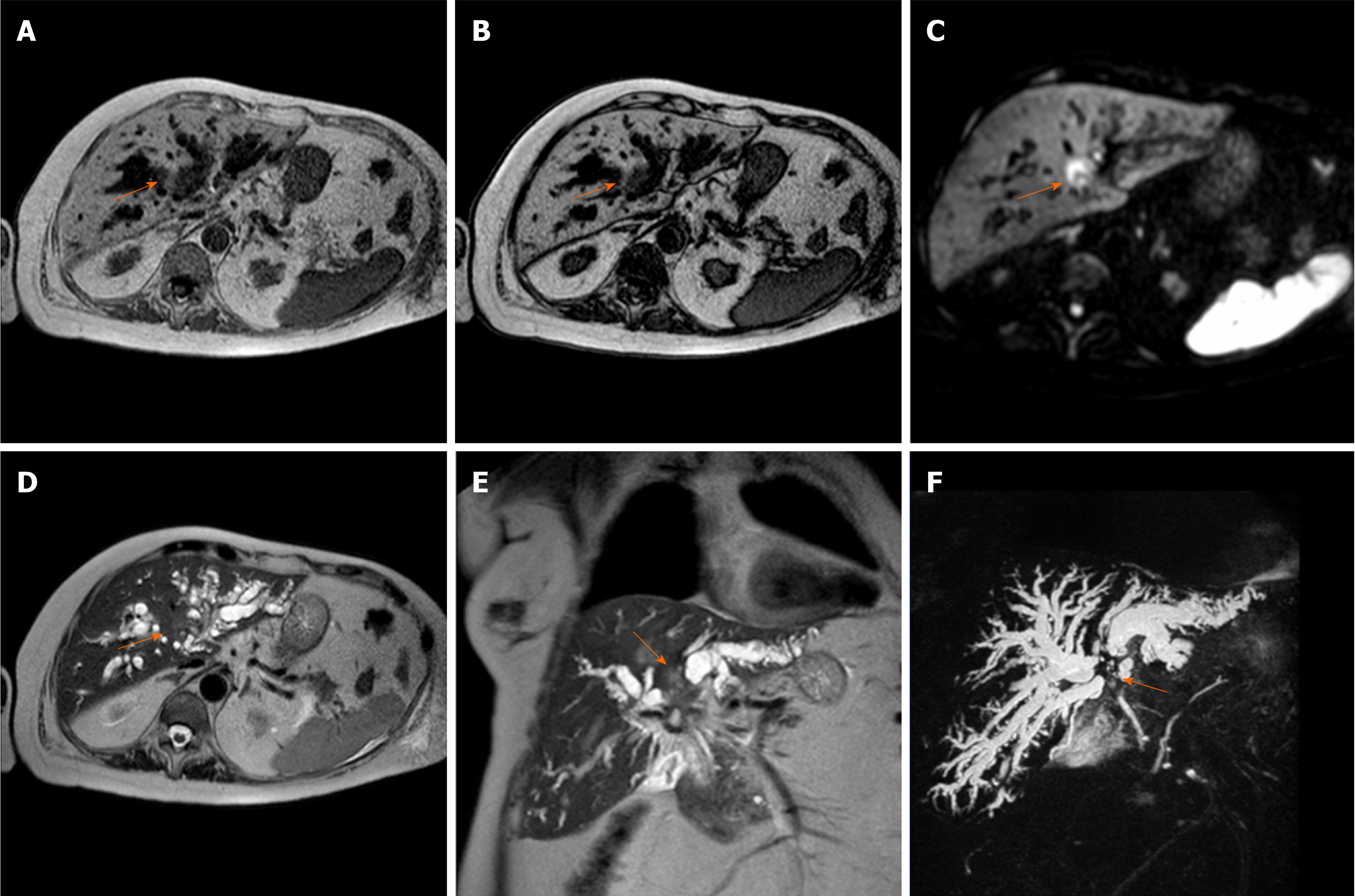 Figure 3 Perihilar cholangiocarcinoma. A case of pCCA (orange arrow), arising at the junction with the involvement also of in the right and left hepatic duct, in an 86-year-old female. The magnetic resonance cholangiopancreatography is reported. The lesion is a hypointense mass in T1-weighted images. A and B: Hyperintense in the higher b-value of diffusion-weighted images; C: Mild hyperintense on T2-weighted images; D and E: Finally the use of the 3D respiratory-triggered heavily T2-weighted FSE sequences; and F: Maximum intensity projection reconstruction is useful to detect the strictures at the junction of the biliary tree. 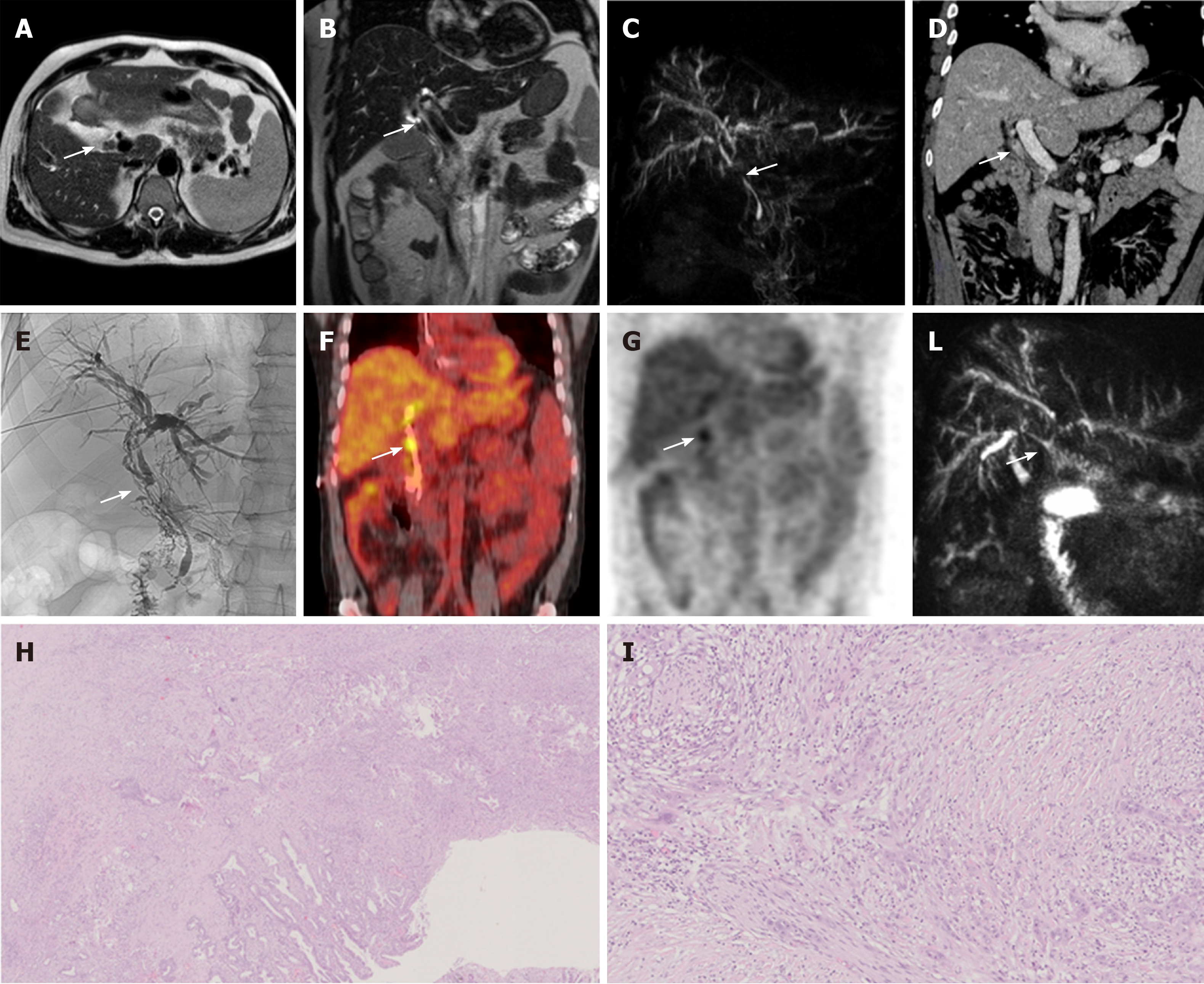 Figure 4 Distal cholangiocarcinoma. A case of distal cholangiocarcinoma (white arrow) involving the common bile duct in a 52-year-old male patients with primary sclerosing cholangitis and ulcerative colitis. The patients underwent magnetic resonance cholangiopancreatography with axial. A: Coronal; B: T2-weighted images and a maximum intensity projection reconstruction of the 3D respiratory-triggered heavily T2-weighted FSE sequences; C: Then contrast-enhanced Computed Tomography; D: For staging the disease. Moreover, a percutaneous transhepatic biliary drainage for diagnostic confirmation with tissue collection was performed; E: And finally, PET scan; F and G: It was used to resolve a diagnostic dilemma about a pulmonary nodule. The patient underwent surgery; H and I: It was reported the surgical resection specimen at histology stained with hematoxylin and eosin respectively at 2 × and 10 ×: The tumor was an adenocarcinoma, with an invasion of the wall of the bile duct for 6 mm with also perilesional papillary epithelial dysplasia, the final stage according to the VIII edition of the Union for International Cancer Control is T2, N0. L: The maximum intensity projection reconstruction of the 3D respiratory-triggered heavily T2-weighted FSE sequences, 6 mo after the surgery: The irregular dilatation of the intrahepatic biliary tract persists (in patients with primary sclerosing cholangitis) and the patency of the biliodigestive anastomosis is highlighted with the white arrow.