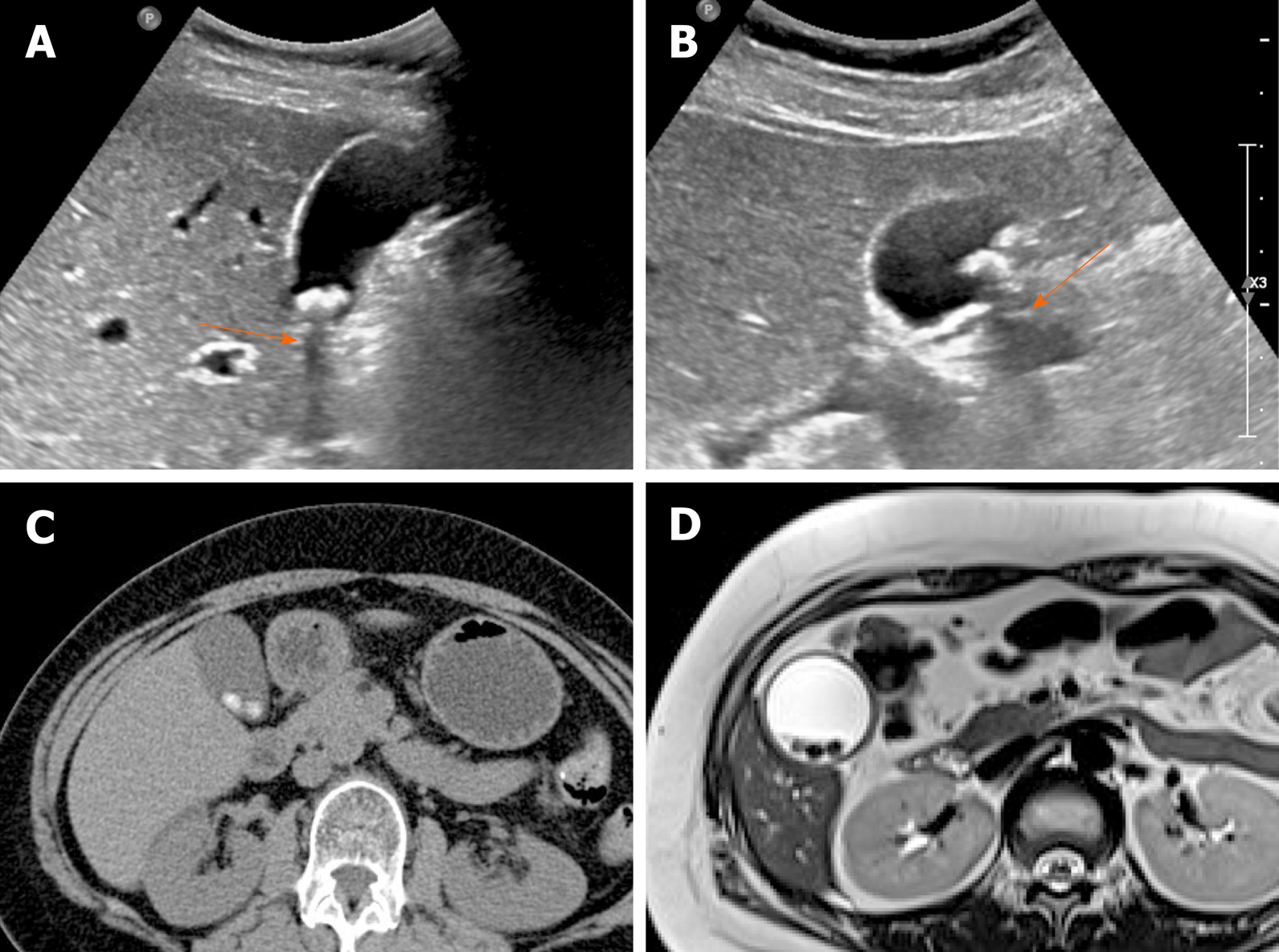 Figure 3 Gallbladder adenoma. A: Single, echogenic, intraluminal polypoid lesion within distal body of gallbladder on ultrasound (US); B: Internal vascular core (arrow) demonstrable by color Doppler US; C: Homogeneous hyperenhancement of polypoid lesion on contrast-enhanced US using Sonovue, with intact gallbladder wall and no evidence of invasion [cholecystectomy performed due to size (> 2.5 cm) and adenoma confirmed]. 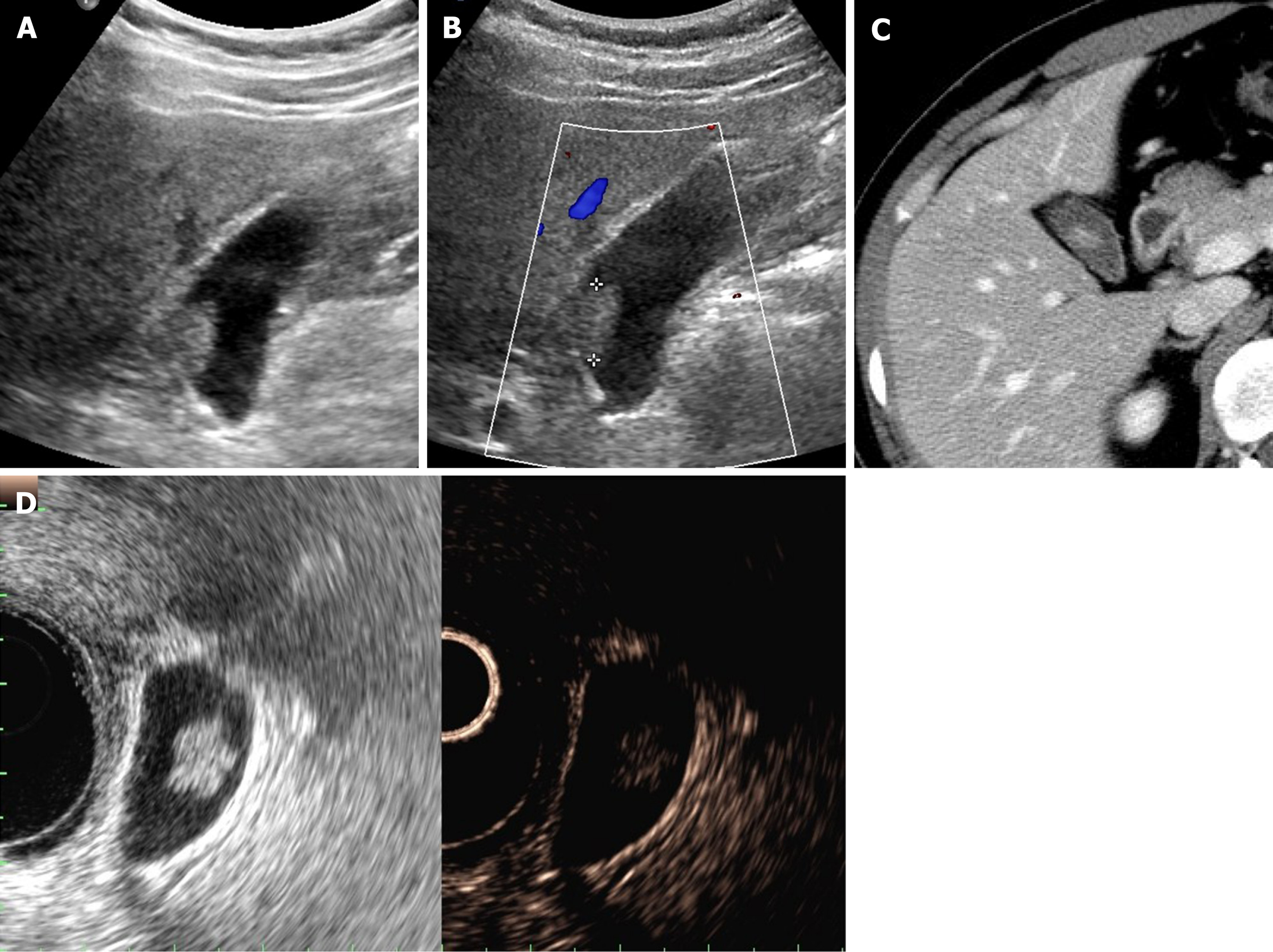 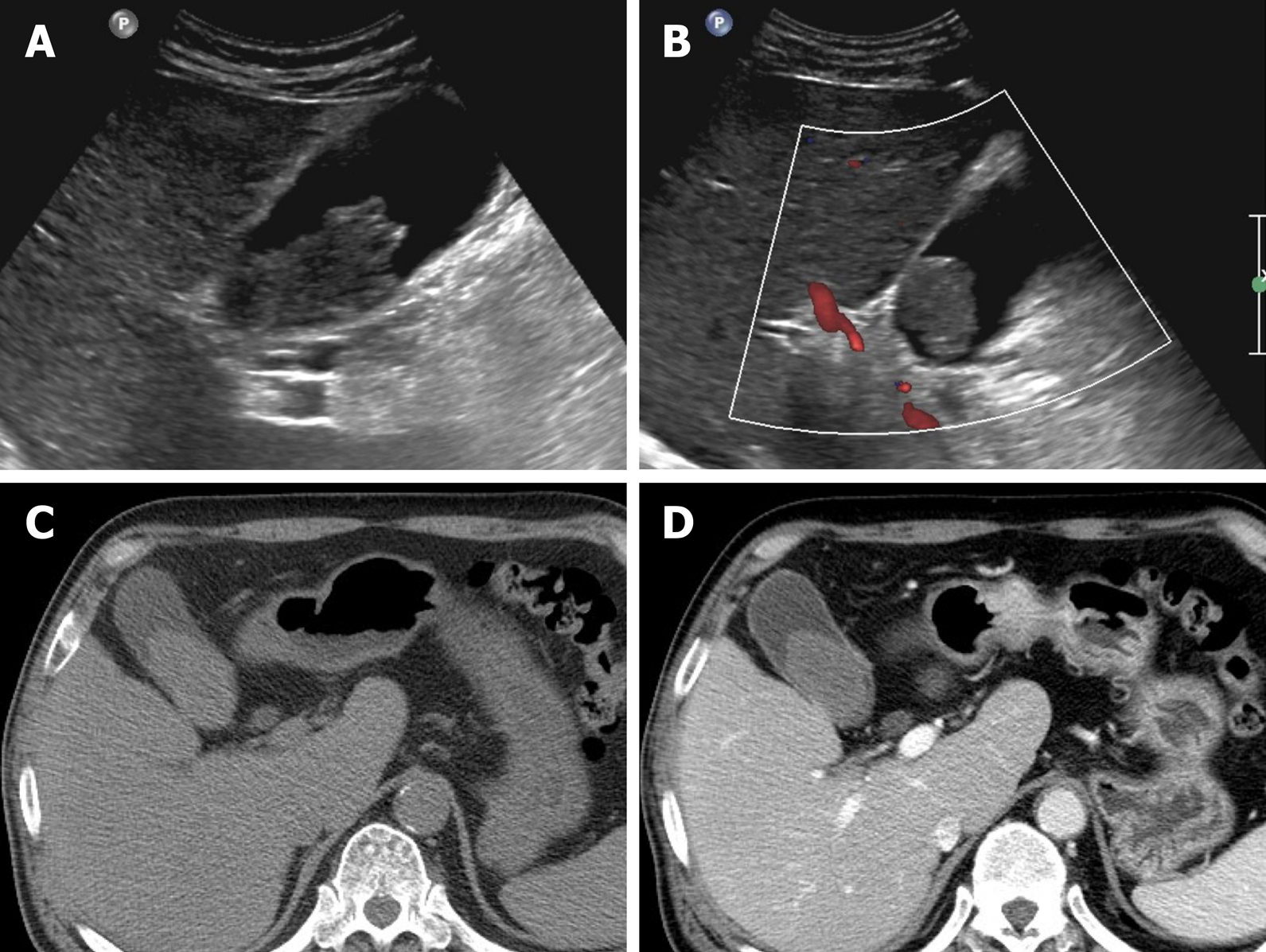 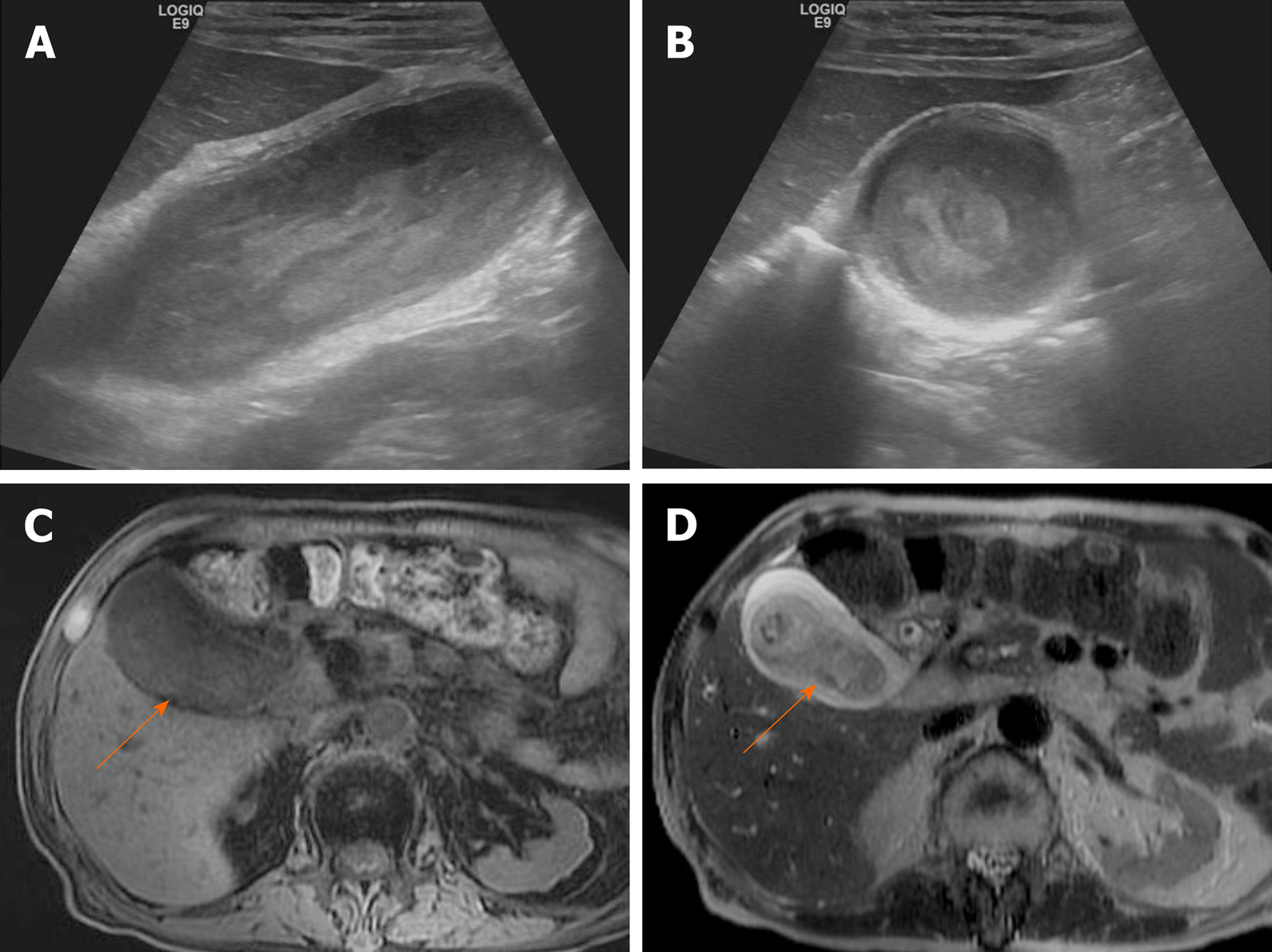 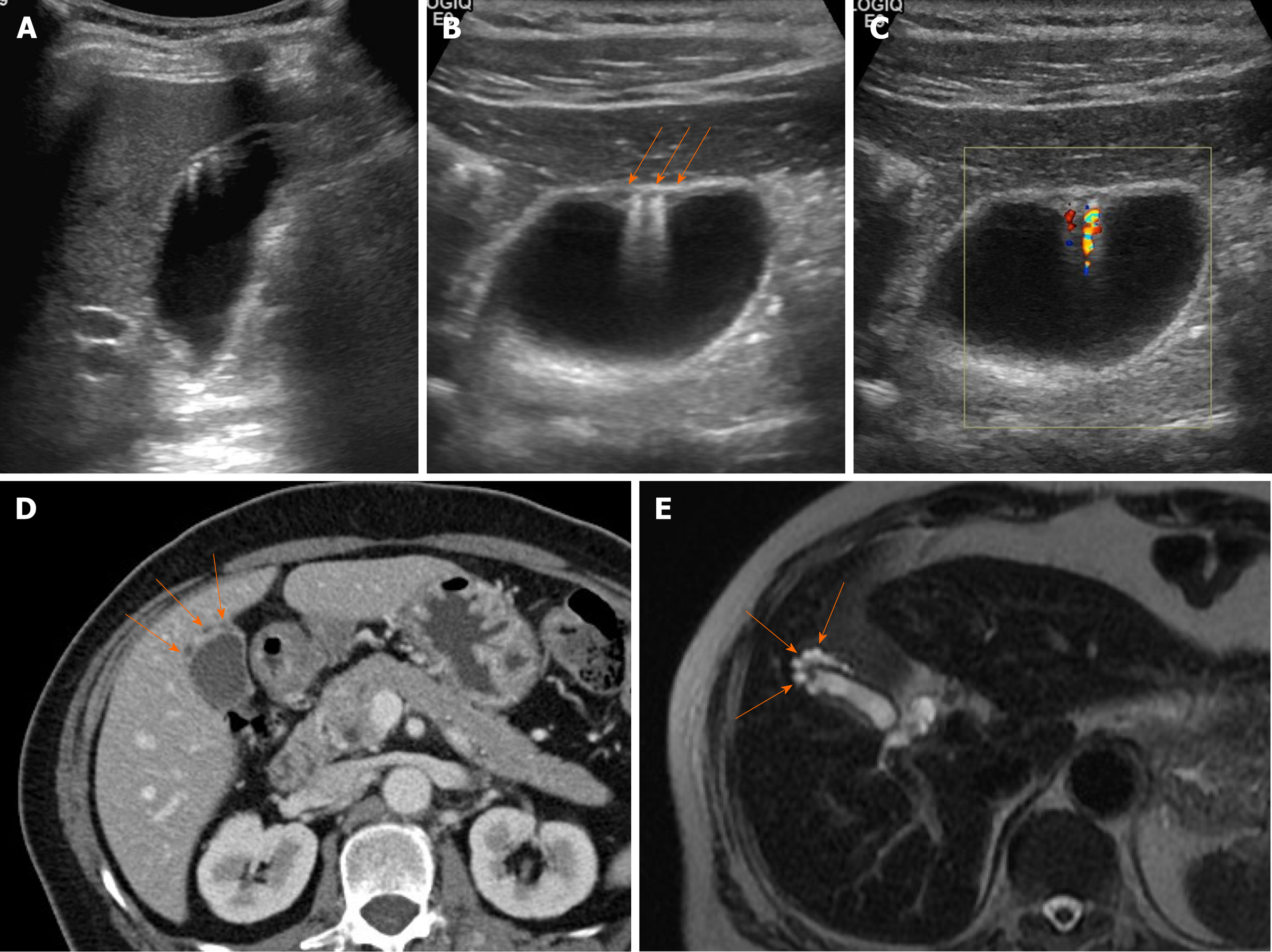 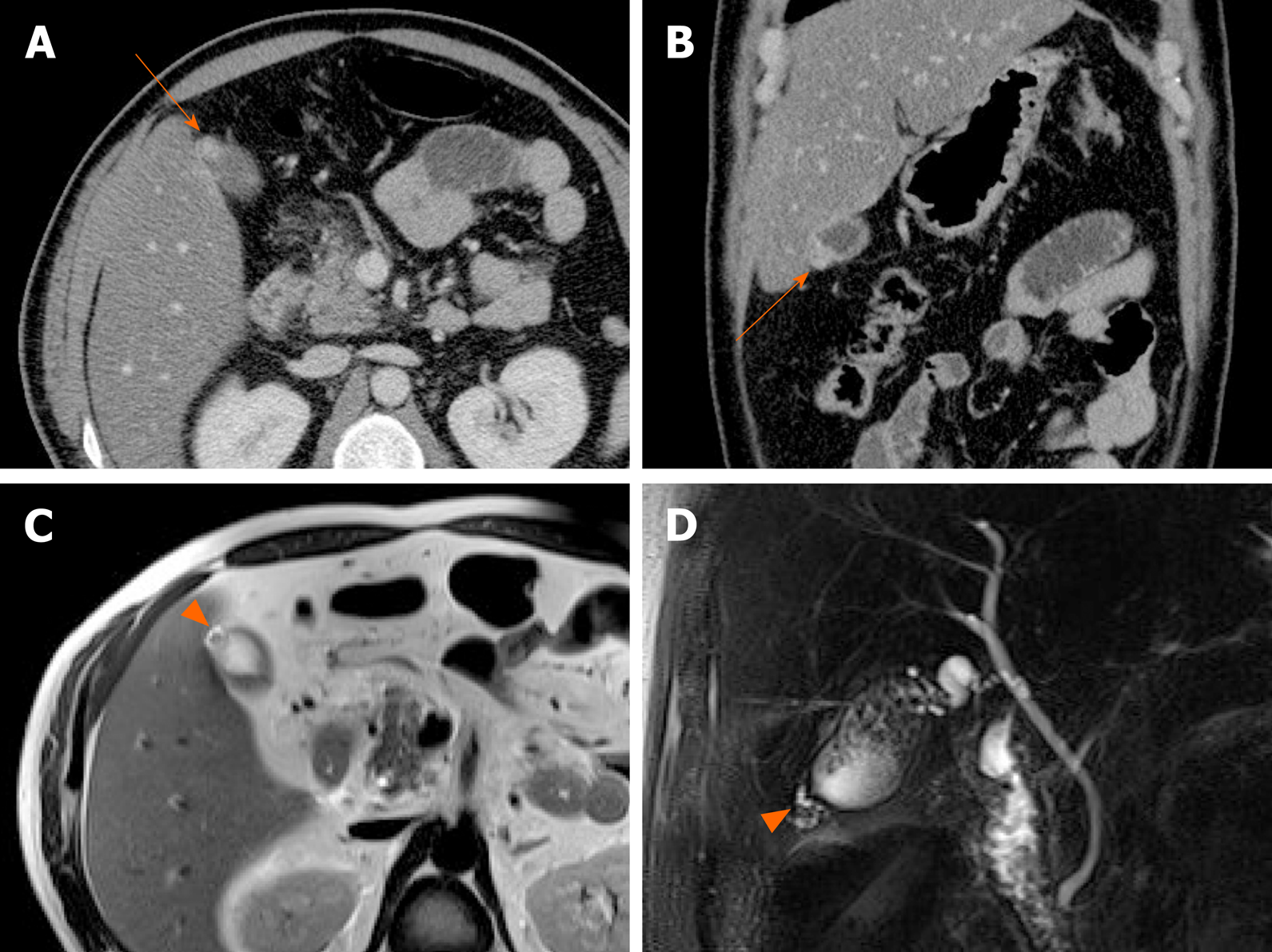 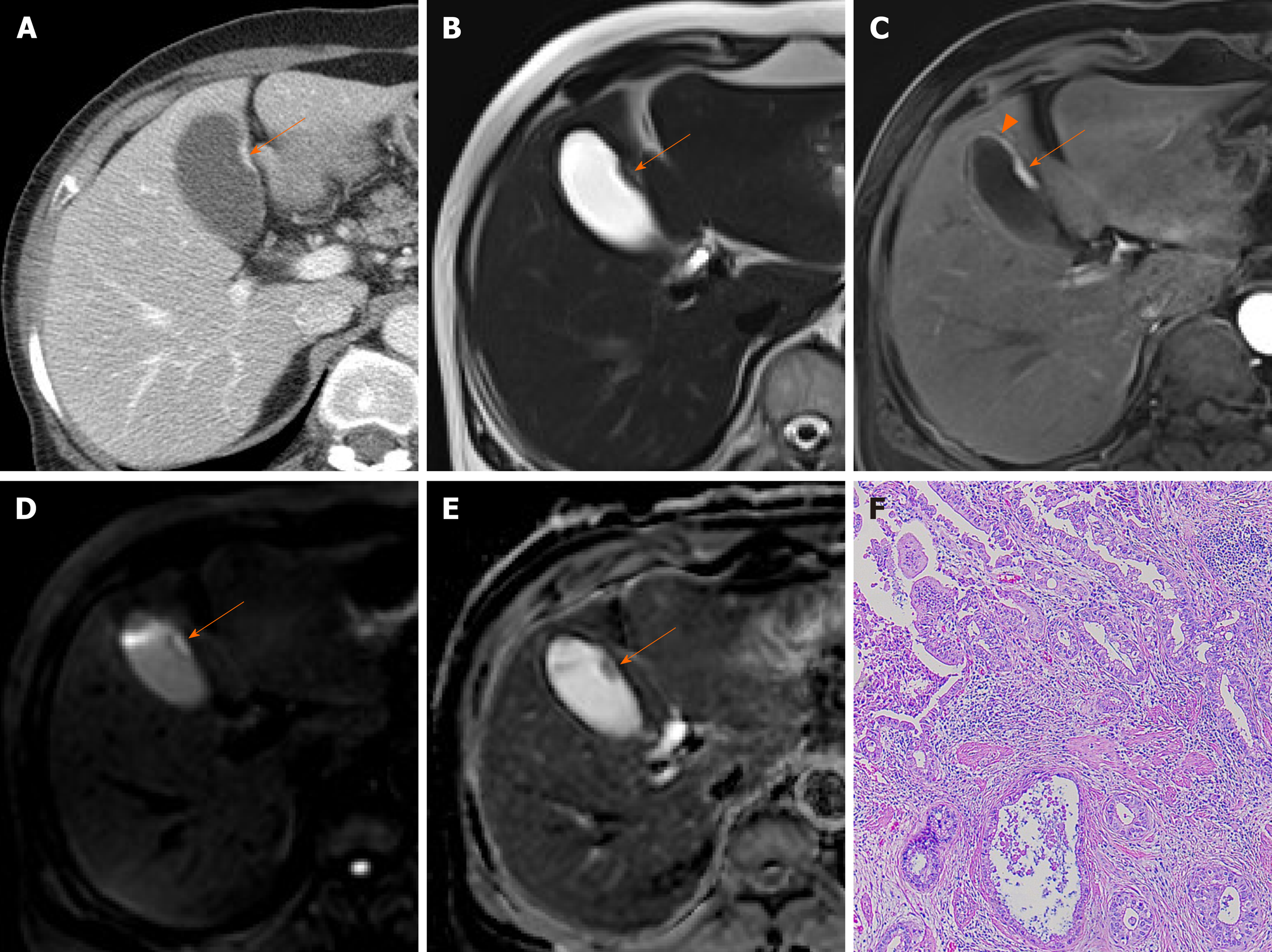 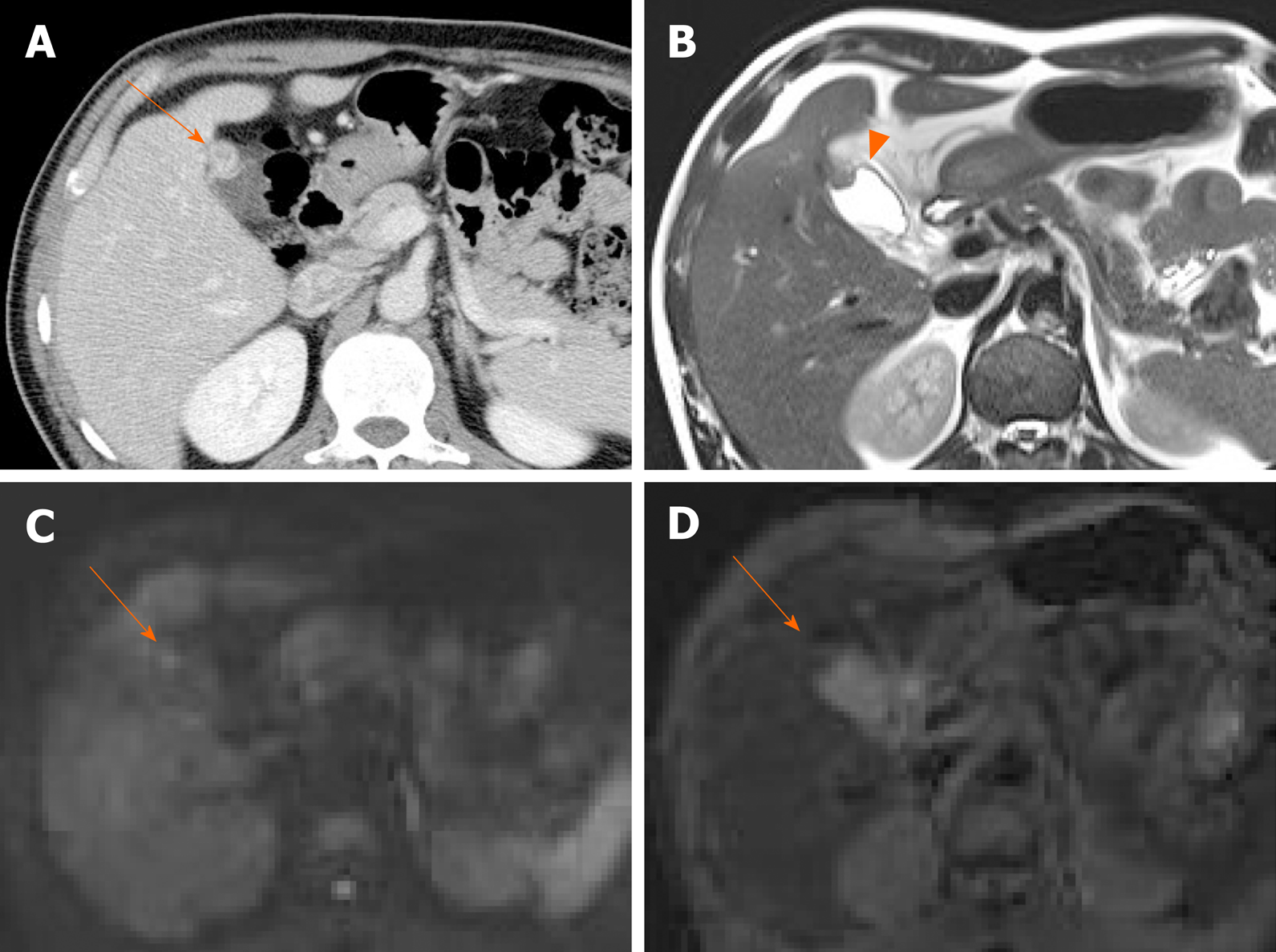 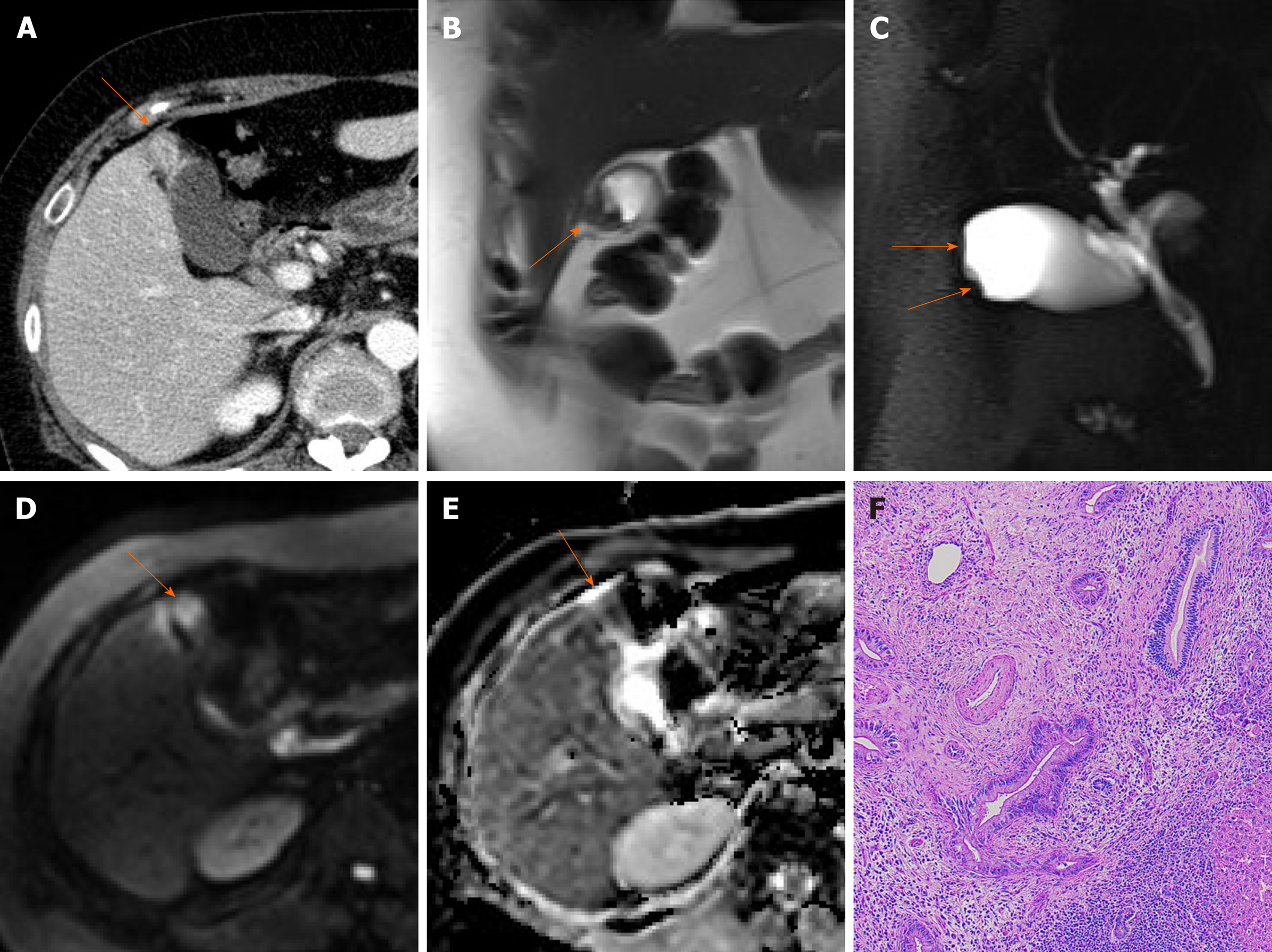 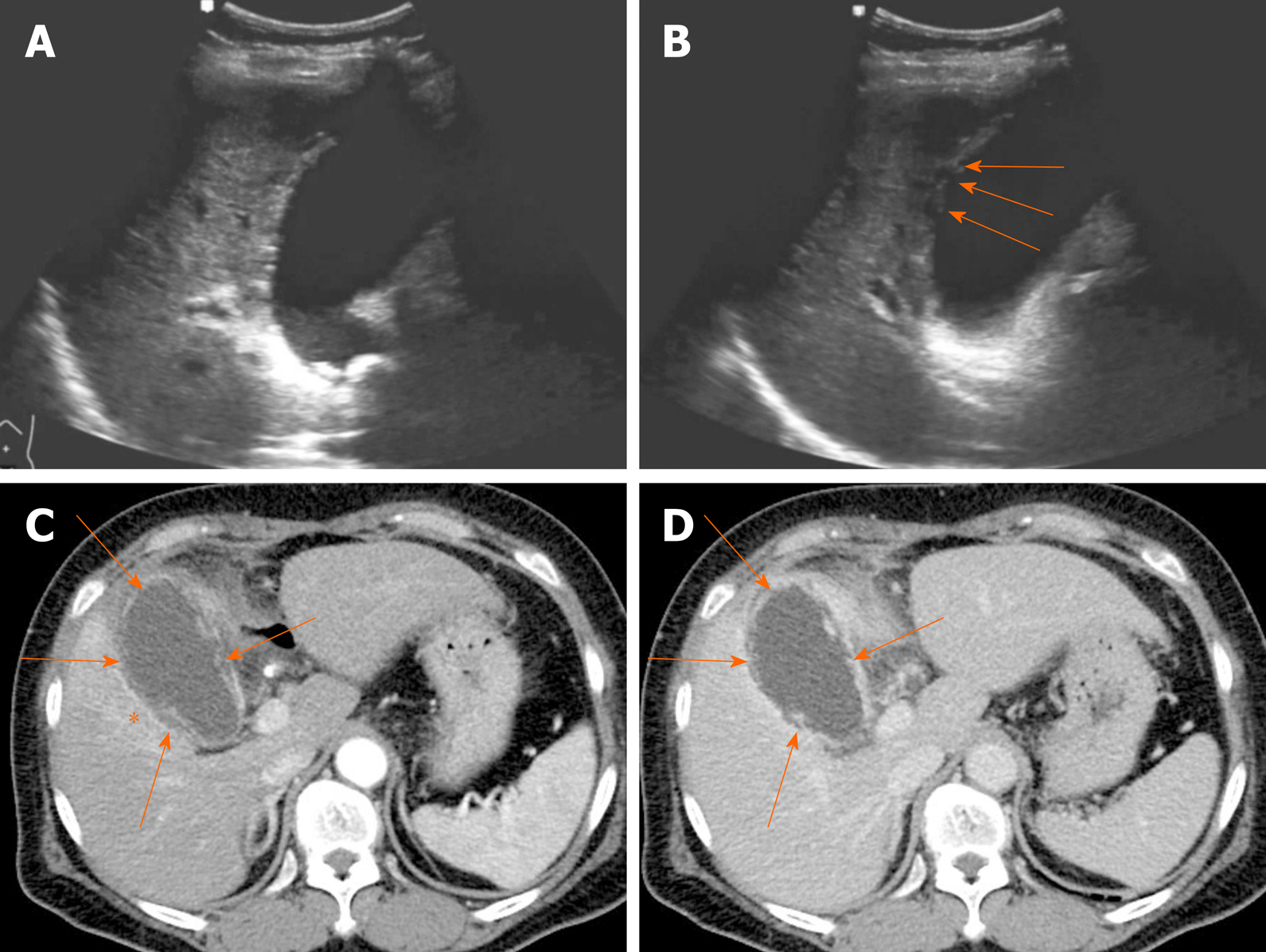 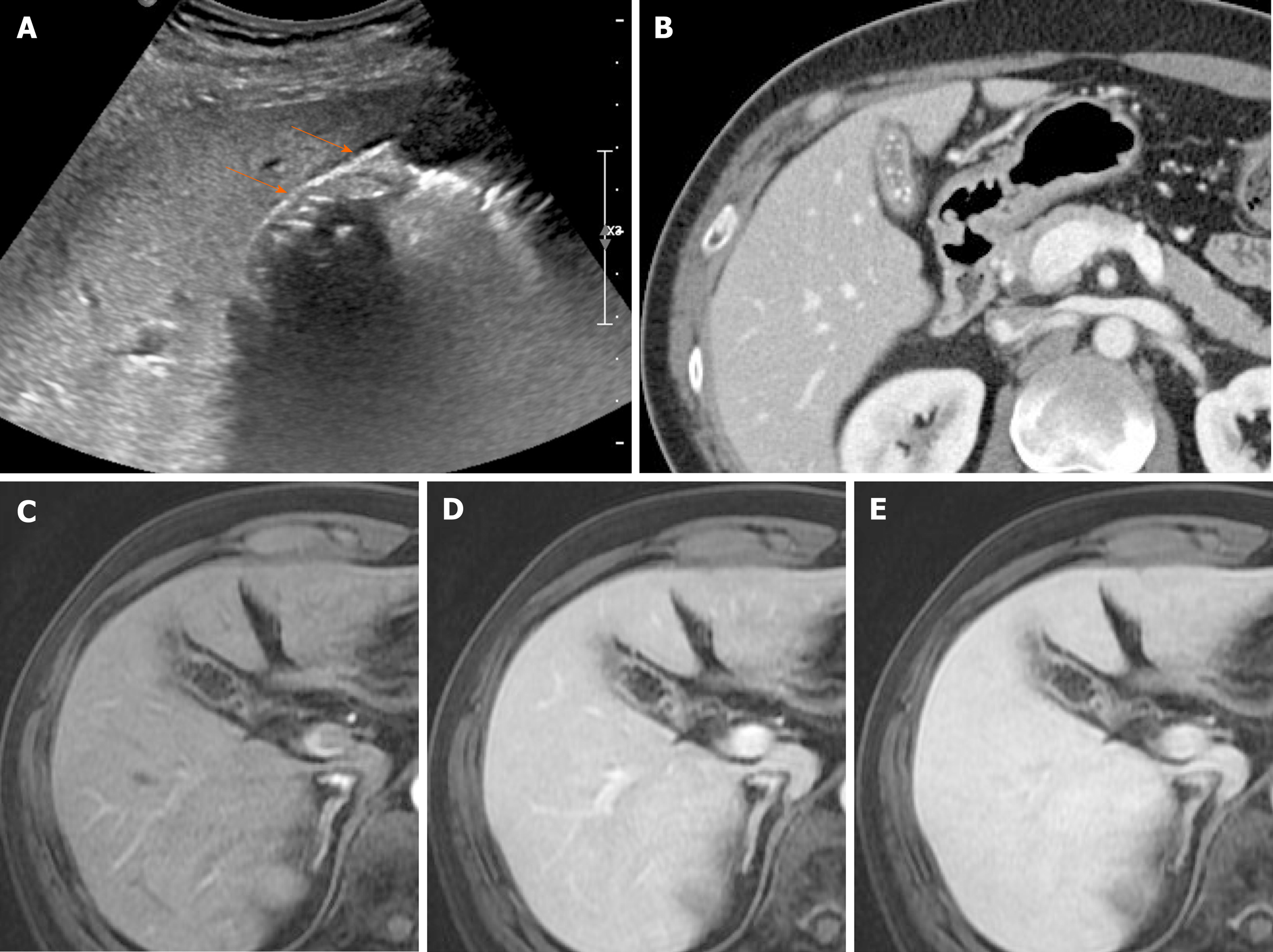 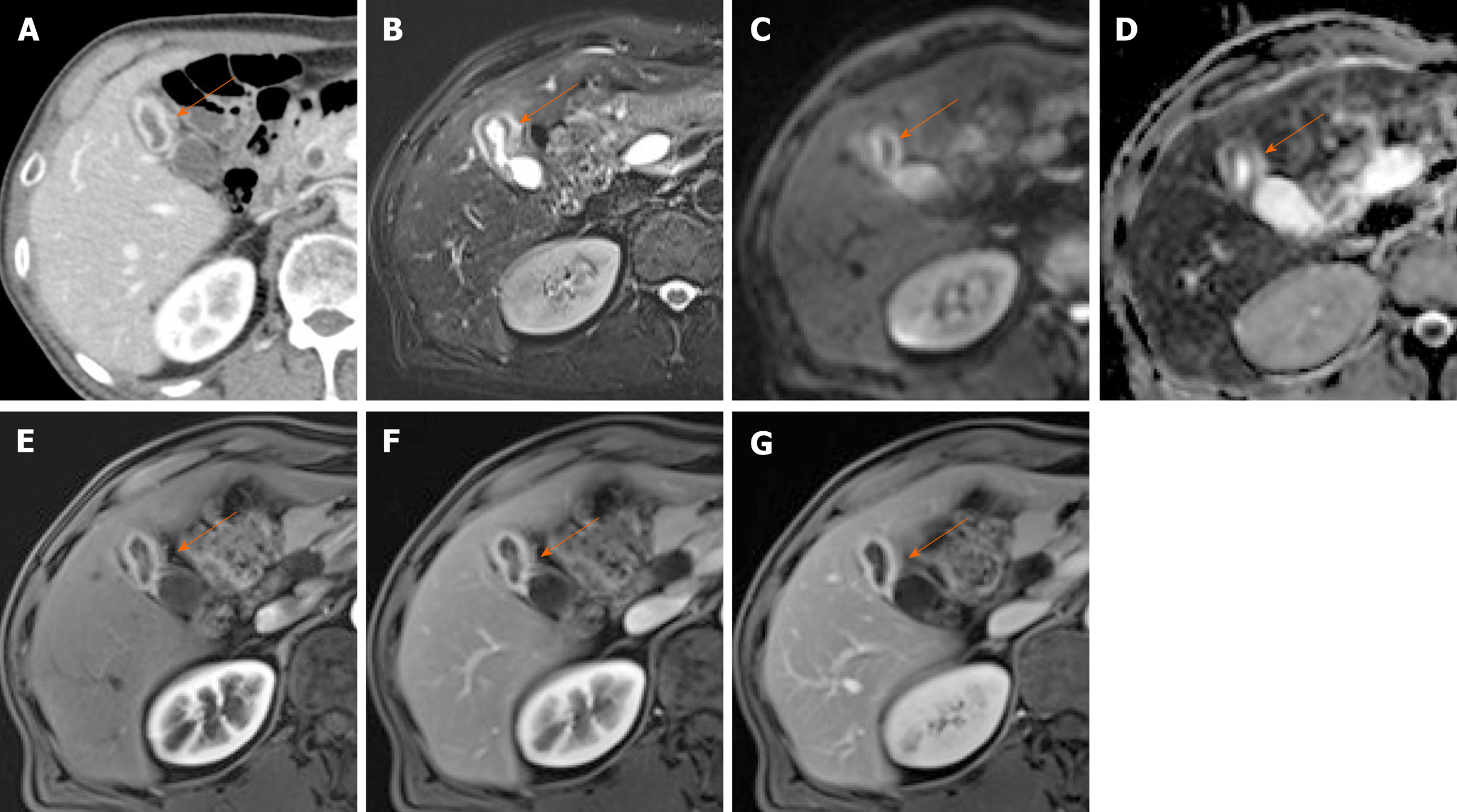 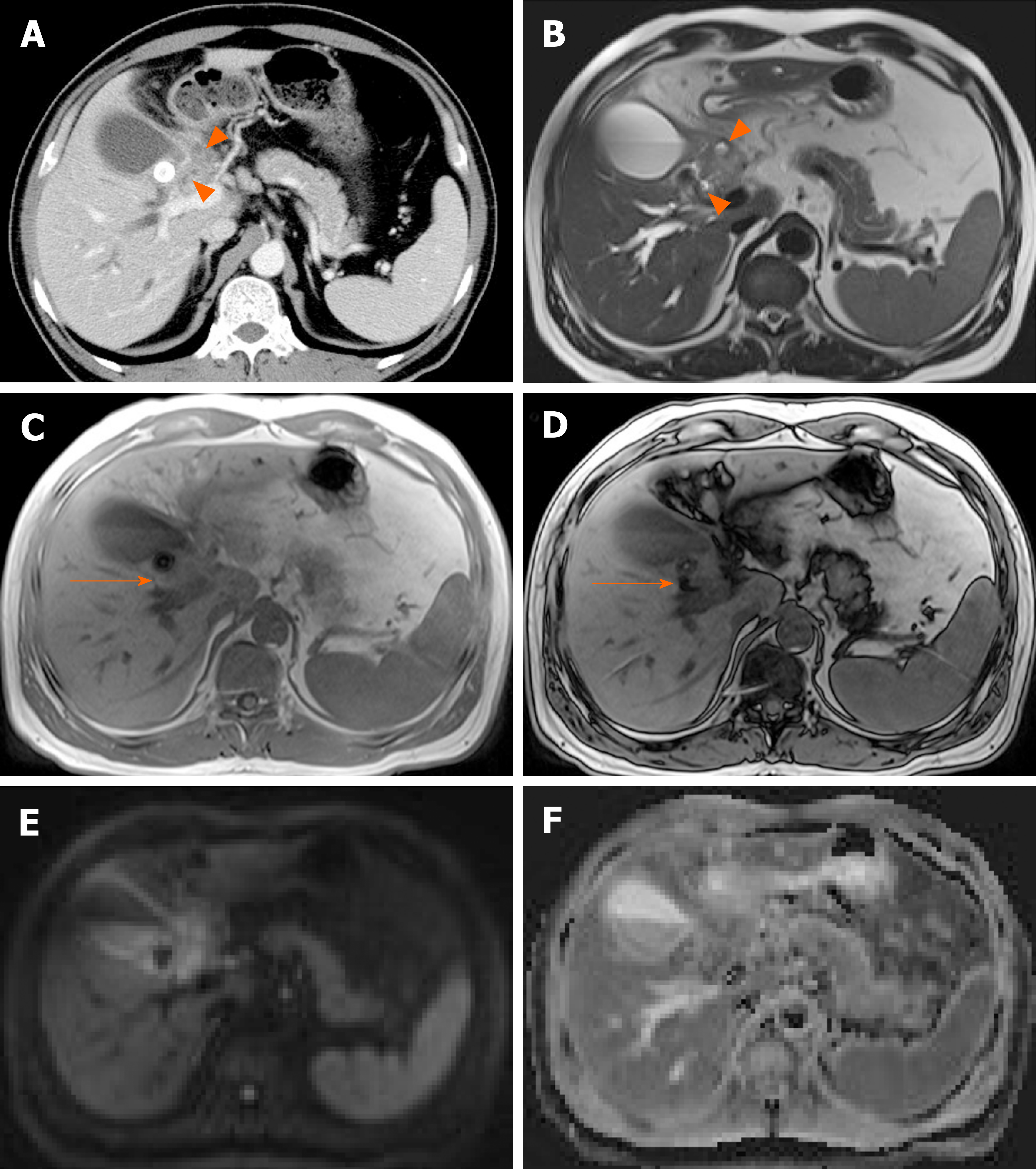 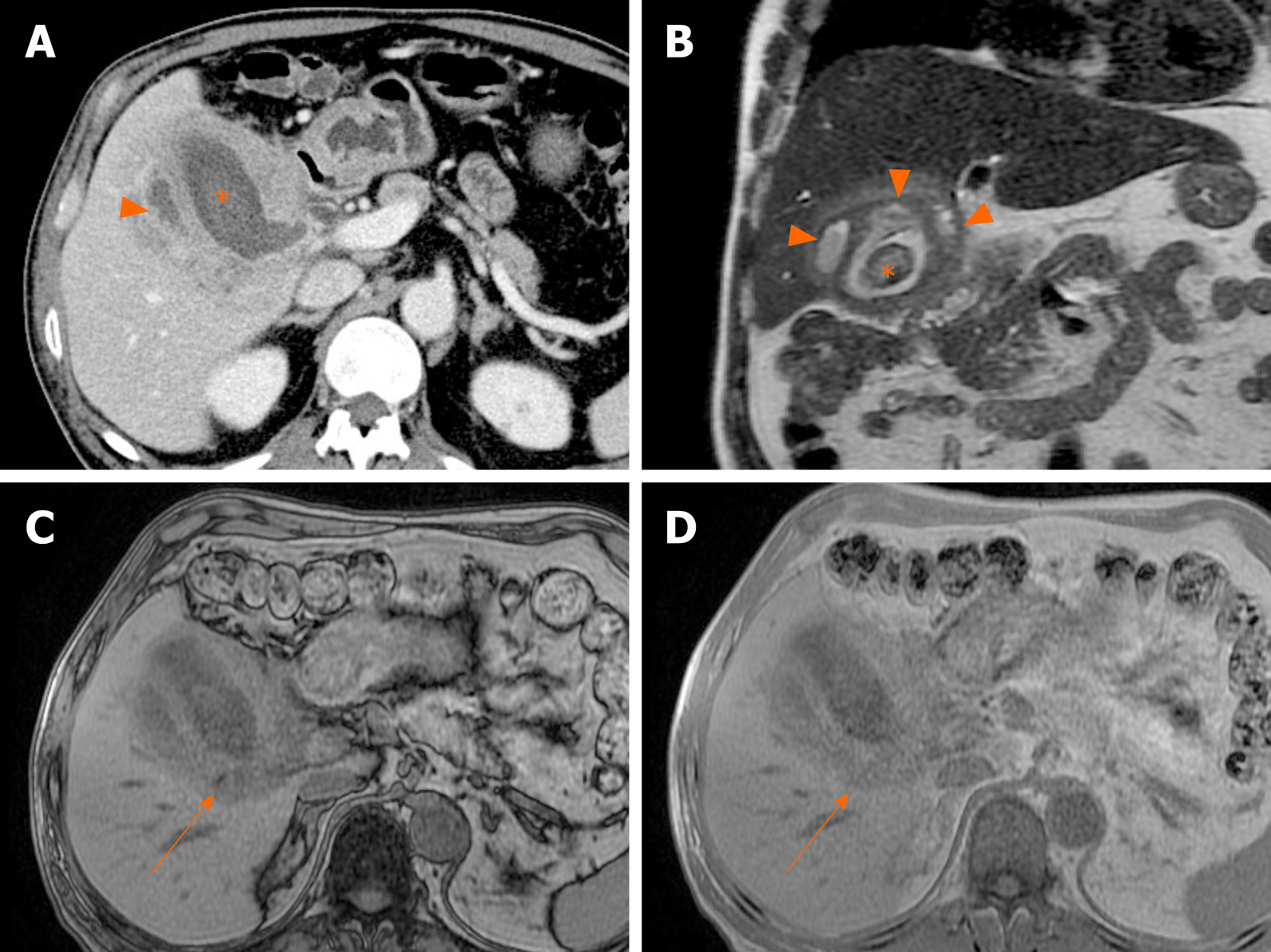