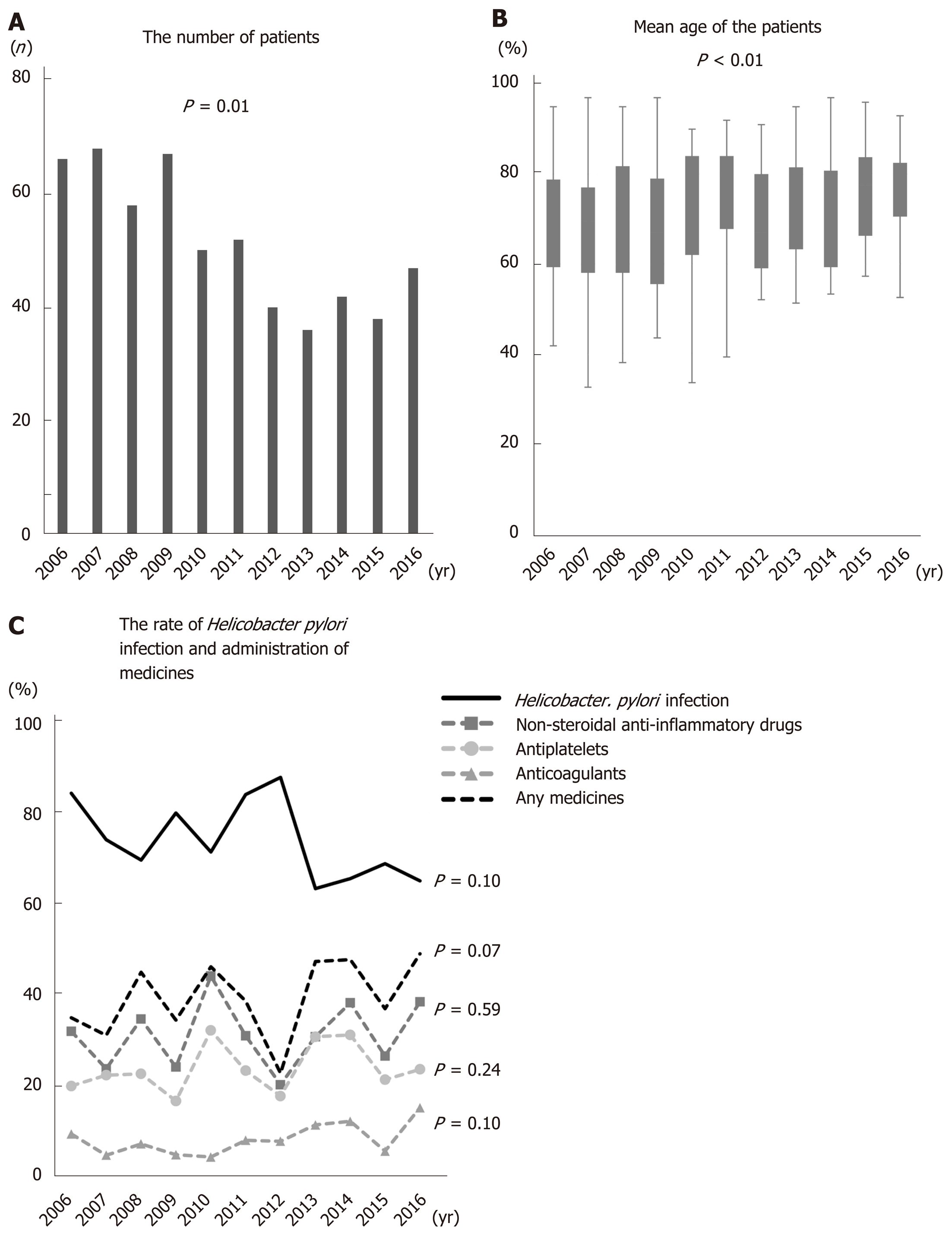 Figure 2 Rate of antacid administration prior to treatment (histamine type 2 receptor blockers and proton pump inhibitors). A: Administration of proton pump inhibitors (PPIs) increased significantly over time (P = 0.04), but that of histamine type 2 receptor blockers did not (P = 0.48). B: In patients taking non-steroidal anti-inflammatory drugs, antiplatelets, and/or anticoagulants, there was no significant trend in H2 blocker and PPI administration over time (P = 0.63 and P = 0.12).

Figure 3 Examination of each ulcerogenic factor according to age. A: Helicobacter pylori (H. pylori) infections were more common in patients in their 30s to 70s. The rates decreased thereafter. However, the rates of H. pylori-positive and medicine-positive ulcers, and those of medicine-induced ulcers, increased significantly with age. Medicine-induced ulcers were most common in those in their 80s. There was no significant change over time in the incidence of H. pylori-induced and medicine-negative, so-called idiopathic, and ulcers. B and C: Rates of H. pylori infection and administration of non-steroidal anti-inflammatory drugs (NSAIDs), antiplatelets, and anticoagulants in 2006–2011, 2012–2016, and 2006–2016. Over time, the use of NSAIDs and antithrombotic drugs increased with age. By contrast, the rate of H. pylori infection during the study period fell with age. 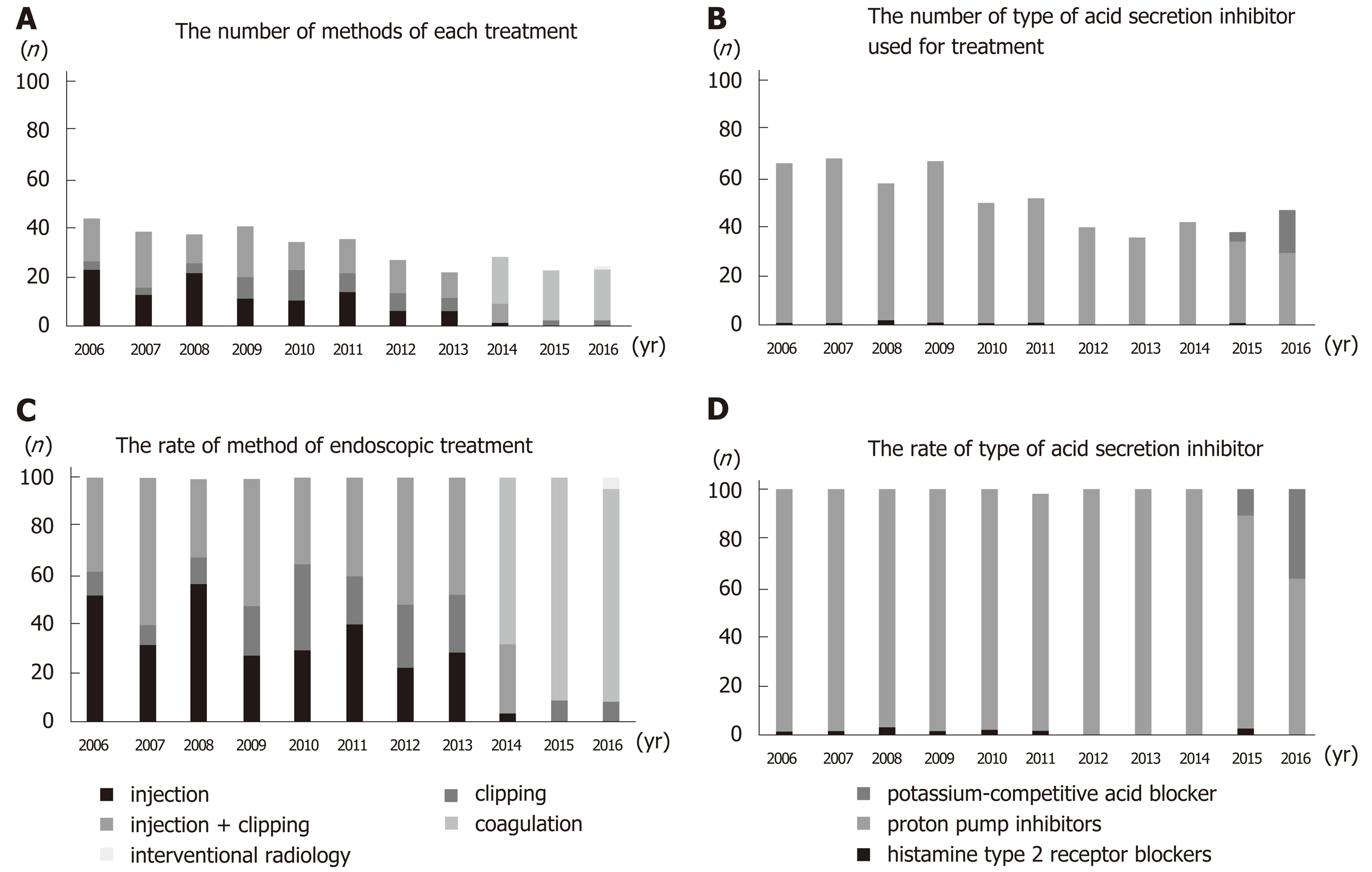 Figure 4 Methods of endoscopic treatment. A: Absolute number of methods of each treatment. B: Absolute number of type of acid secretin inhibitor used for treatment. C: The rate of methods of each treatment. Forceps coagulation was performed from 2014; by 2016, it was performed in 90% of cases. There was a significant upward trend over time. D: The rate of type of acid secretin inhibitor. Potassium-competitive acid blocker was introduced in 2015, and its use increased significantly over time. 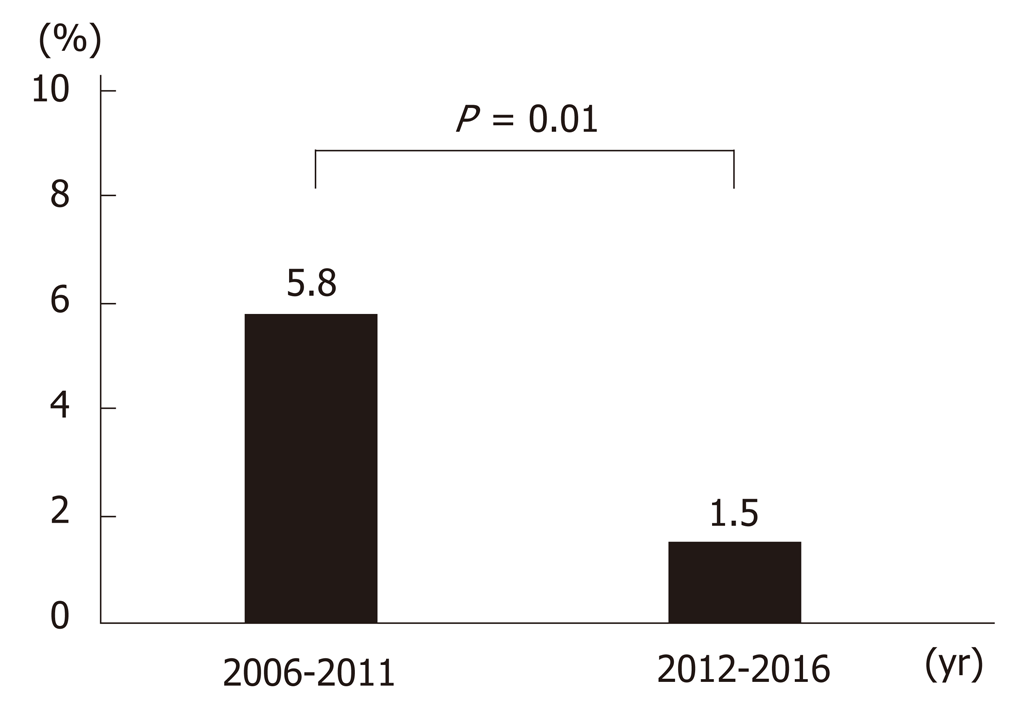