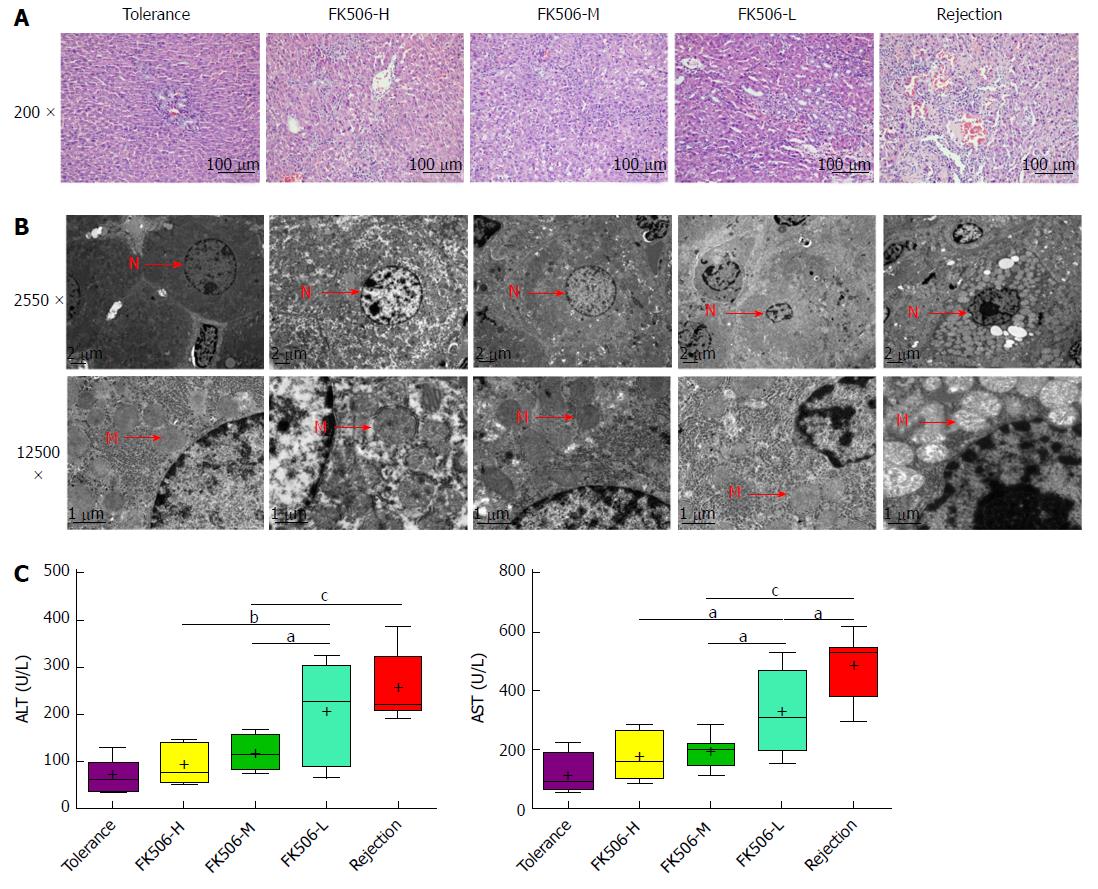 Figure 3 Optimal dosage of FK506 induced a stable gut microbiota as determined using denaturing gradient gel electrophoresis. Based on the DGGE method, the composition and distribution of ileocecal bacterial communities from samples was obtained in rats following LT. The Dice similarity coefficient (band-based) and unweighted pair-group method with arithmetic means (UPGMA) as a cluster method were utilized to analyze the similarity of each band in the different groups. Metric scale denotes the degree of similarity. Each band represents a bacterial clone. Band numbers indicate the position of bands excised for sequence analyses. DGGE: Denaturing gradient gel electrophoresis. 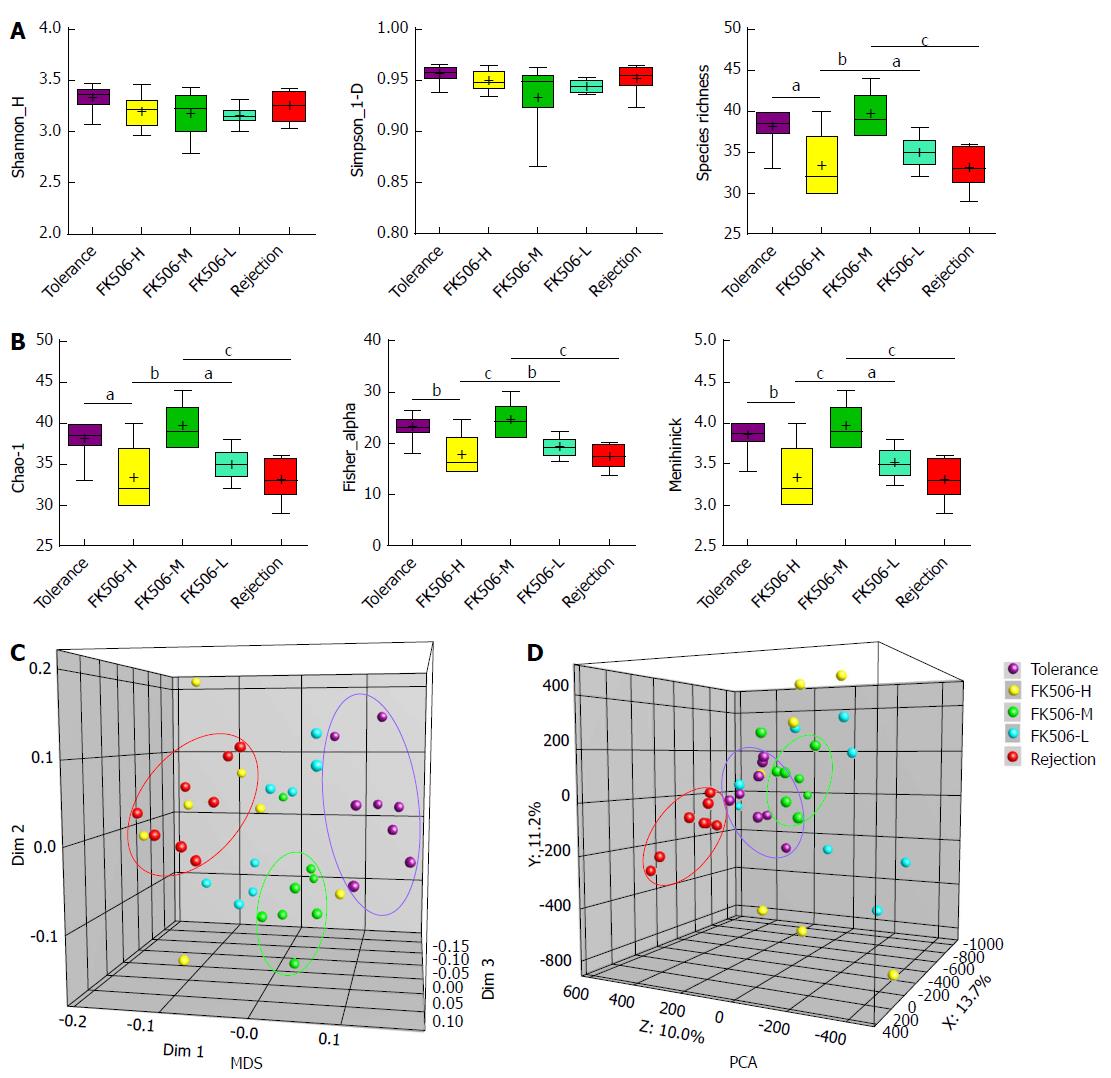 Figure 4 Diversity analysis and cluster analysis of denaturing gradient gel electrophoresis profiles based on Dice’s coefficient and the unweighted pair-group method with arithmetic means method. A: Based on amount of gray area of each band of each lane in the denaturing gradient gel electrophoresis (DGGE) profiles quantified using the Gel-Pro analyzer, the gut microbial diversity and species richness were assessed with the Shannon index and Simpson index in the different groups; B: The abundance and distribution of the rare species were estimated using the Chao-1 index, Fisher alpha index, and Menhinick index in the different groups; C: Multidimensional scaling (MDS) analysis of each sample of the DGGE profiles. The plot is an optimized three-dimensional representation of the similarity matrix obtained from BioNumerics software. The Euclidean distance between the two points reflects similarity; D: Principal components analysis (PCA) of fecal microbiota based on DGGE fingerprinting. The plot is orientated to maximize the variation among lanes along the first three principal components (with contributions of 13.7, 11.2 and 10.0, respectively) obtained from BioNumerics software. aP < 0.05; bP < 0.01; cP < 0.001. 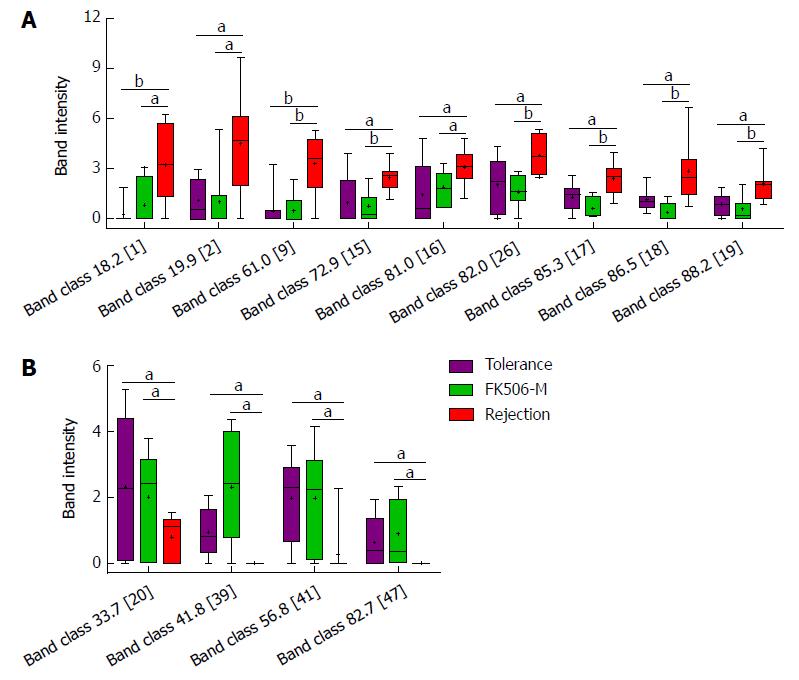 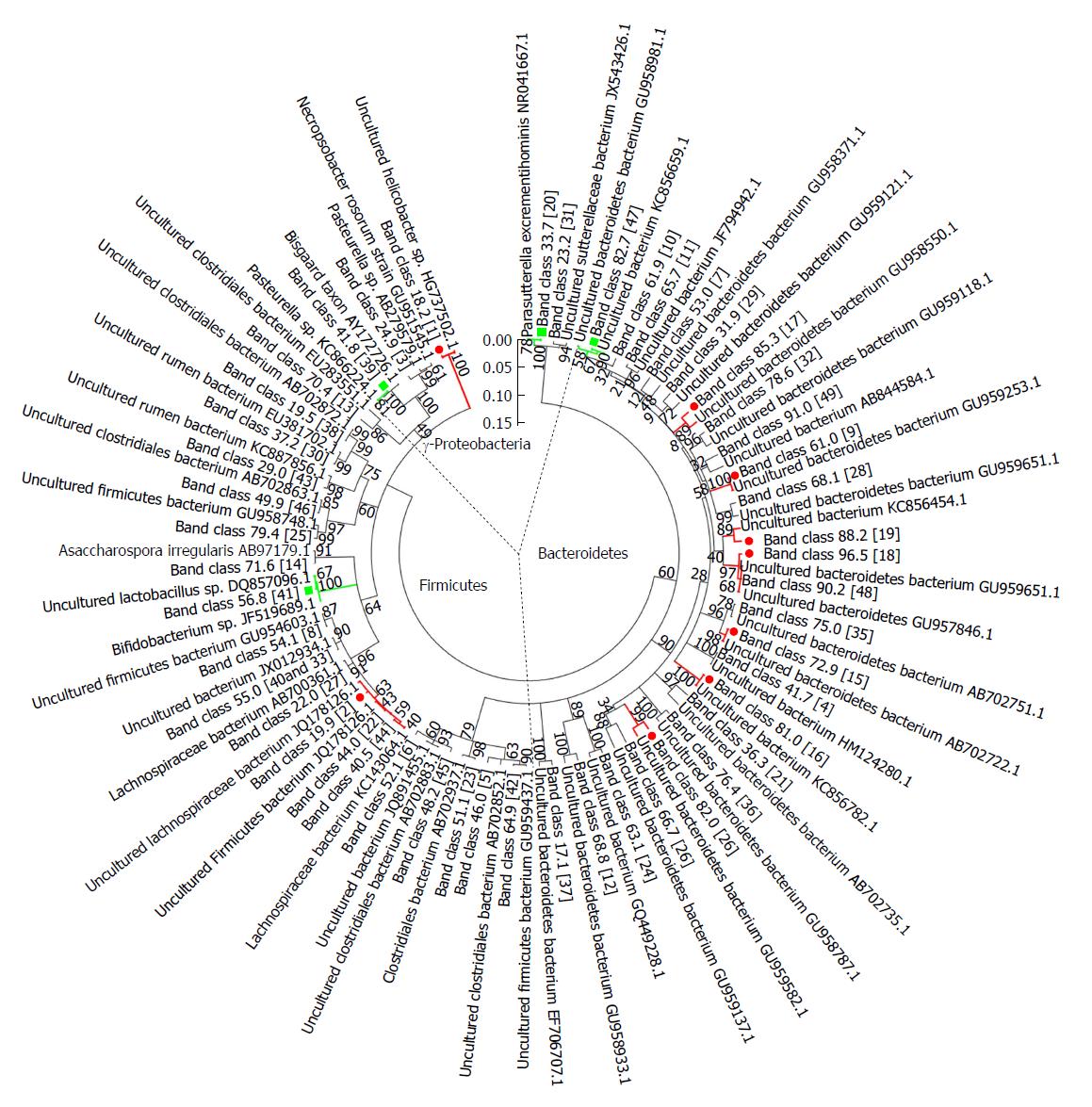 Figure 6 Phylogenetic tree analysis of sequences in the denaturing gradient gel electrophoresis profiles. Phylogenetic tree analysis of sequences from denaturing gradient gel electrophoresis (DGGE) profiles using the neighbor-joining method was conducted using MEGA 5 software. Almost all matched bacteria of the 48 DGGE band classes were assigned to three phyla: Bacteroidetes (50.0%), Firmicutes (39.6%), and Gammaproteobacteria (10.4%). The fragment sequences were defined according to their positions in gels using the band-matching tool with BioNumerics software version 6.01 (Applied Maths). The numbers in the brackets were consistent with the numbers shown in DGGE profiling. Nine band classes (labeled with a red dot) were decreased and four band classes (labeled with the green square) were higher in the FK506-M group than the rejection group. The plot was obtained using MEGA5 software (http://en.wikipedia.org/wiki/MEGA,_Molecular_Evolutionary_Genetics_Analysis). 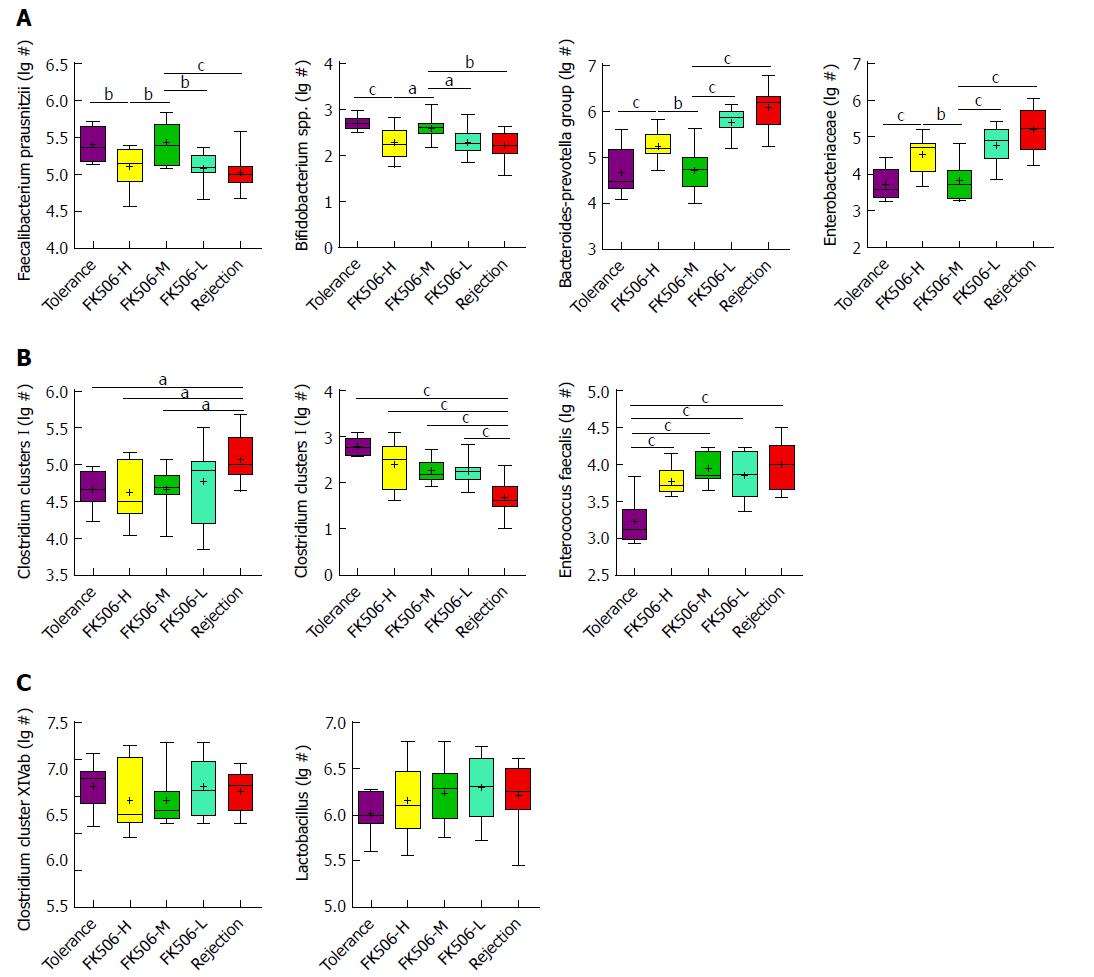