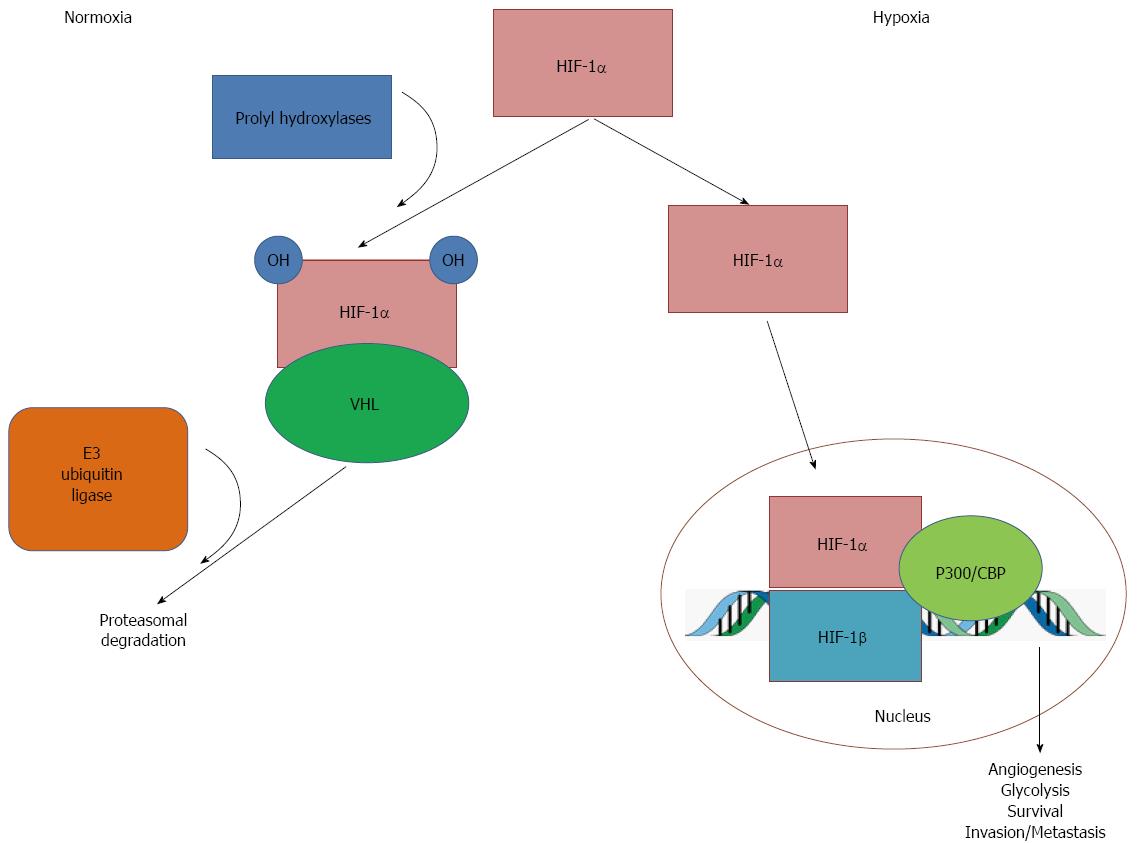 Figure 2 Oxygen-dependent mechanism of hypoxia-inducible factor-1α degradation. In the presence of oxygen (normoxia), hypoxia-inducible factor (HIF)-1α undergoes hydroxylation via prolyl hydroxylases. This causes HIF-1α to interact with von Hippel Lindau (VHL) tumor suppressor protein, which is in turn recognized by E3 ubiquitin ligase, which targets HIF-1α for ubiquitination and degradation. Under hypoxic conditions, reduced oxygen leads to inactivation of prolyl hydoxylases, which diminishes hydroxylation and, therefore, reduces degradation of HIF-1α. Stabilized HIF-1α accumulates and translocates into the nucleus, where it dimerizes with HIF-1β and interacts with cofactors, such as p300 and CREB binding protein, to bind to DNA on hypoxia response elements (HREs). This activates transcription of HIF-1α target genes, leading to angiogenesis, glycolysis, survival, and invasion and metastasis of cancer cells. 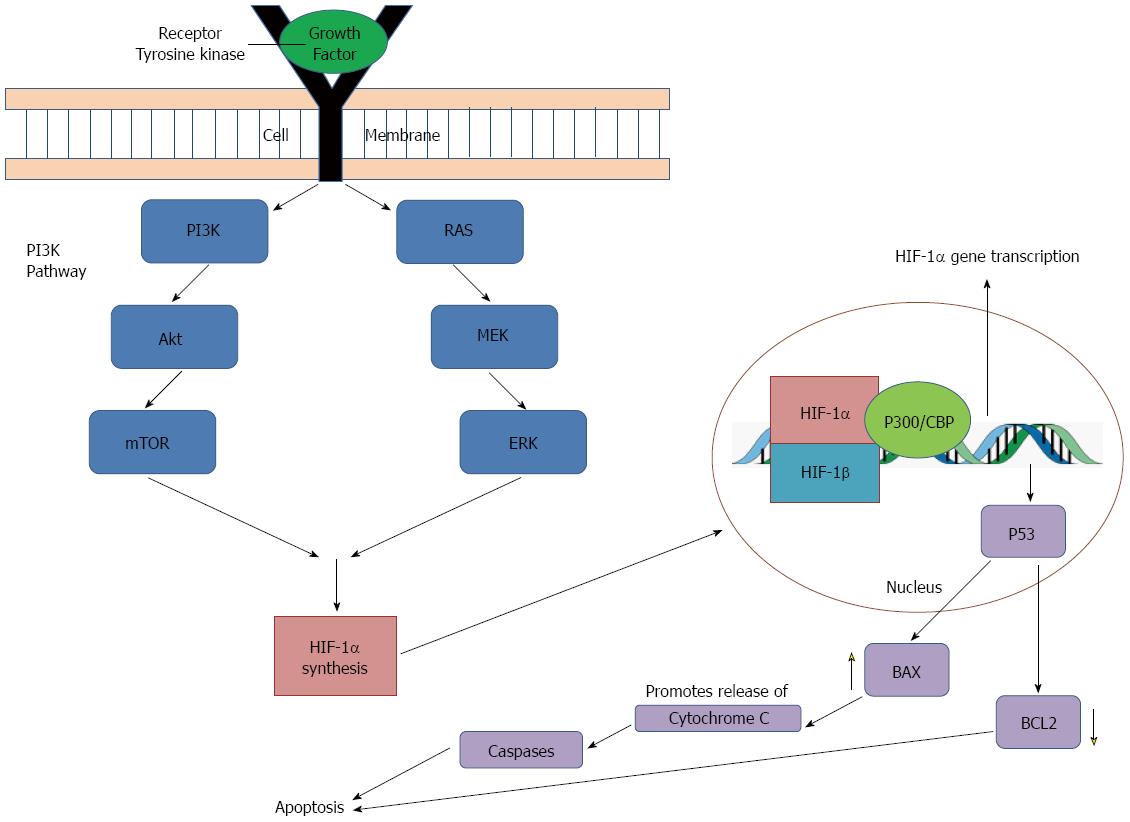