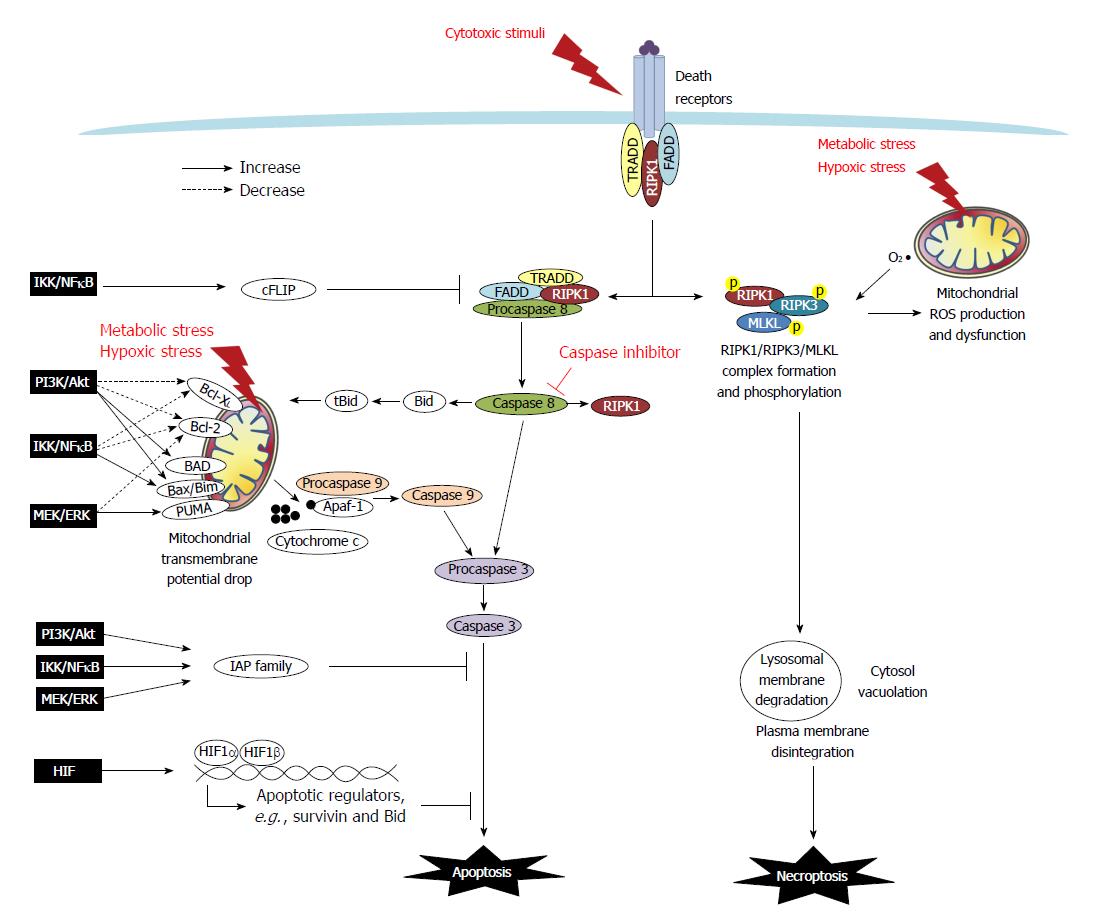 Figure 1 Death resistance signaling in cancer cells. Programmed cell death (i.e., apoptosis and necroptosis) are either triggered extrinsically by cytotoxic stimuli through death receptors, or initiated intrinsically via mitochondria dysfunction caused by metabolic and hypoxic stress. In the extrinsic apoptotic pathway, tumor necrosis factor (TNF) or Fas binding to the receptors trigger the recruitment of adaptor molecules to form a death-inducing signaling complex which contains TNF receptor-associated death domain (TRADD), Fas-associated death domain (FADD), procaspase 8/FLICE, and receptor-interacting protein kinase 1 (RIPK1) to facilitate the activation of caspase 8. Caspase 8 then cleaves and activates caspase 3 (the final caspase in the apoptotic pathways), and it also truncates Bid and RIPK1. The intrinsic apoptotic pathway is associated with mitochondrial dysfunction. The ratio of Bcl-2 superfamily proteins, including anti-apoptotic Bcl-XL and Bcl-2, and pro-apoptotic Bad, Bid, Bax, Bim and PUMA, determines the formation of the mitochondrial permeability transition pore. The truncated form tBid cleaved by caspase-8 can migrate to the mitochondria to associate with Bax to increase membrane permeability. The drop of mitochondrial transmembrane potential leads to osmotic swelling and release of cytochrome c to complex with Apaf-1 and procaspase 9 which undergo cleavage into the active form of caspase 9. Caspase 9 and/or caspase-8 activates caspase-3, and ultimately leads to nuclear DNA fragmentation. Moreover, FLICE-like proteins (FLIP) and inhibitors to apoptosis proteins (IAPs), including cIAP, survivin and XIAP, provide a brake on the apoptotic cascade. In cancers, signaling pathways such as PI3K/Akt, MEK/ERK, IKK/IκB/NFκB and HIF regulate apoptosis by modulating Bcl-2 members and altering expression of FLIP and IAPs. In the extrinsic necroptotic pathway, stimulus of TNFα in the presence of a caspase inhibitor frees RIPK1 to form a complex with RIPK3 for auto- and trans-phosphorylation, which then recruits and phosphorylates MLKL. The RIPK1/RIPK3/MLKL complex causes mitochondrial dysfunction and executes subcellular features of necroptosis, such as lysosomal membrane degradation, cytosol vacuolation, plasma membrane disintegration, and ultimately cellular explosion. In the intrinsic necroptotic pathway, metabolic and hypoxic stress induces the mitochondrial production of reactive oxygen species (ROS) such as superoxide, which subsequently leads to RIPK1/3 activation and the final steps of necroptosis. However, signaling pathways to regulate necroptosis has not yet been reported. 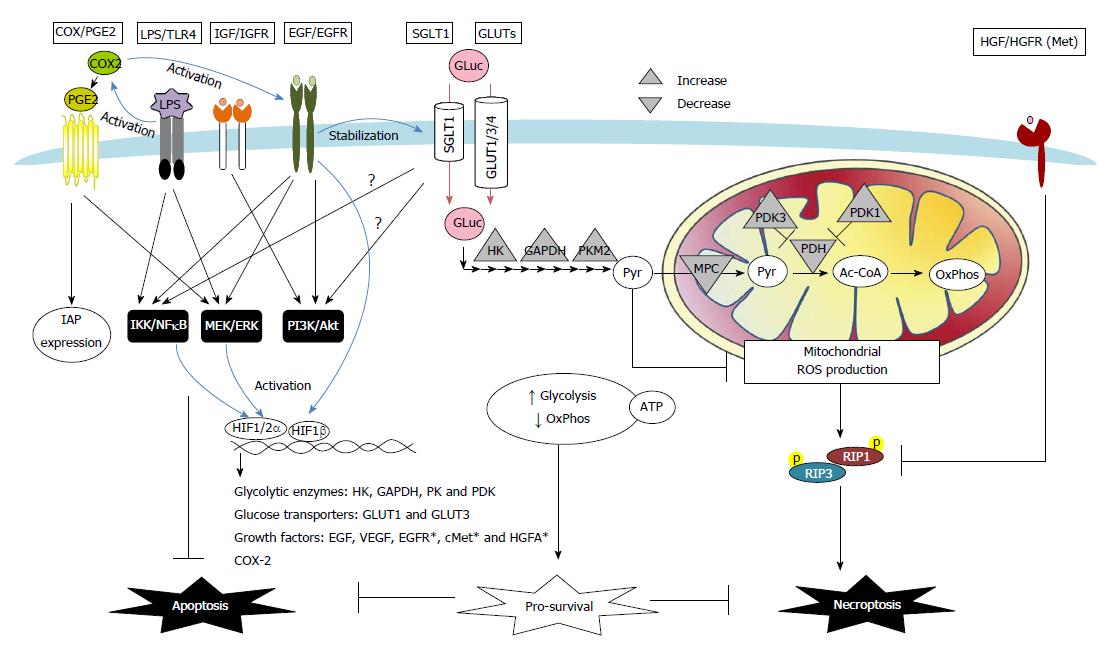