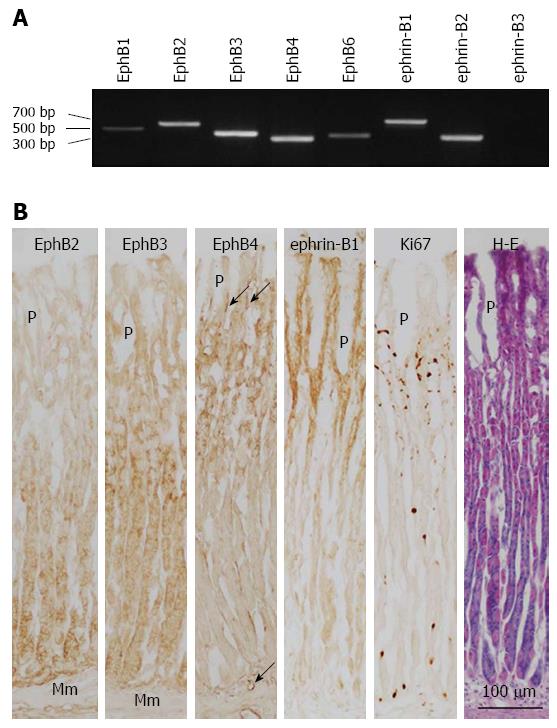 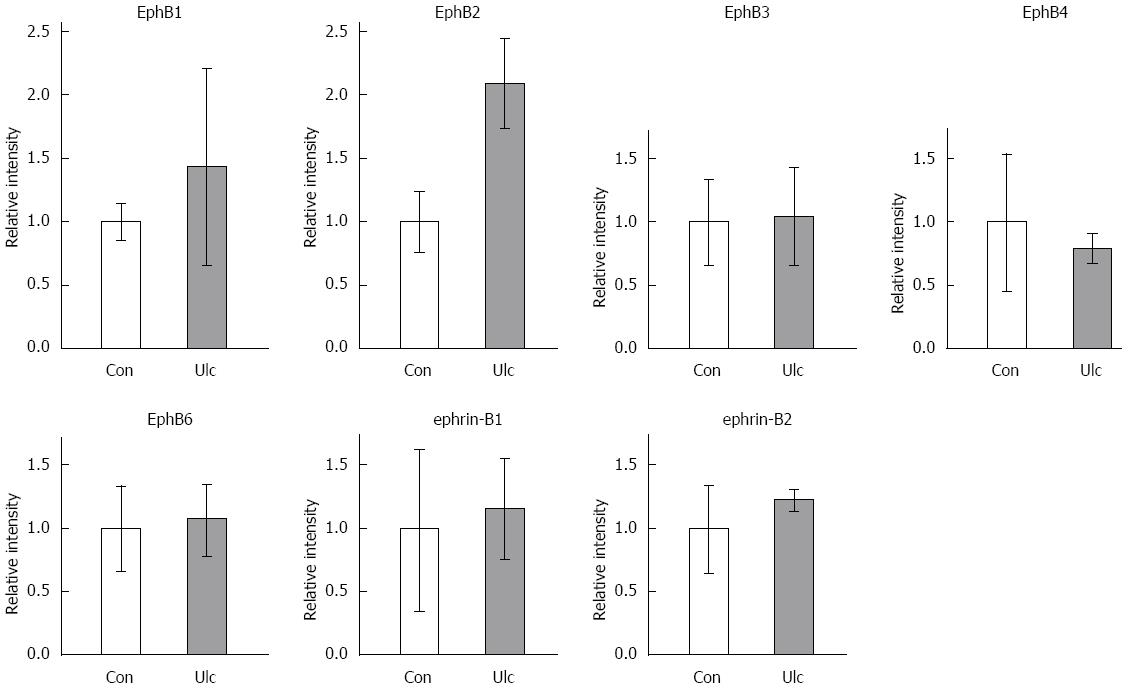 Figure 3 Densitometric quantification of EphB1-B4 and B6, and ephrin-B1 and -B2 mRNA expression levels in the gastric corpus mucosa of control (Con) and ulcerated regenerating stomach on day 7 after induction of gastric ulcers (Ulc), as determined by reverse transcription-polymerase chain reaction. EphB2 expression in the regenerating gastric mucosa was higher than in the control (P = 0.016; unpaired t-test). 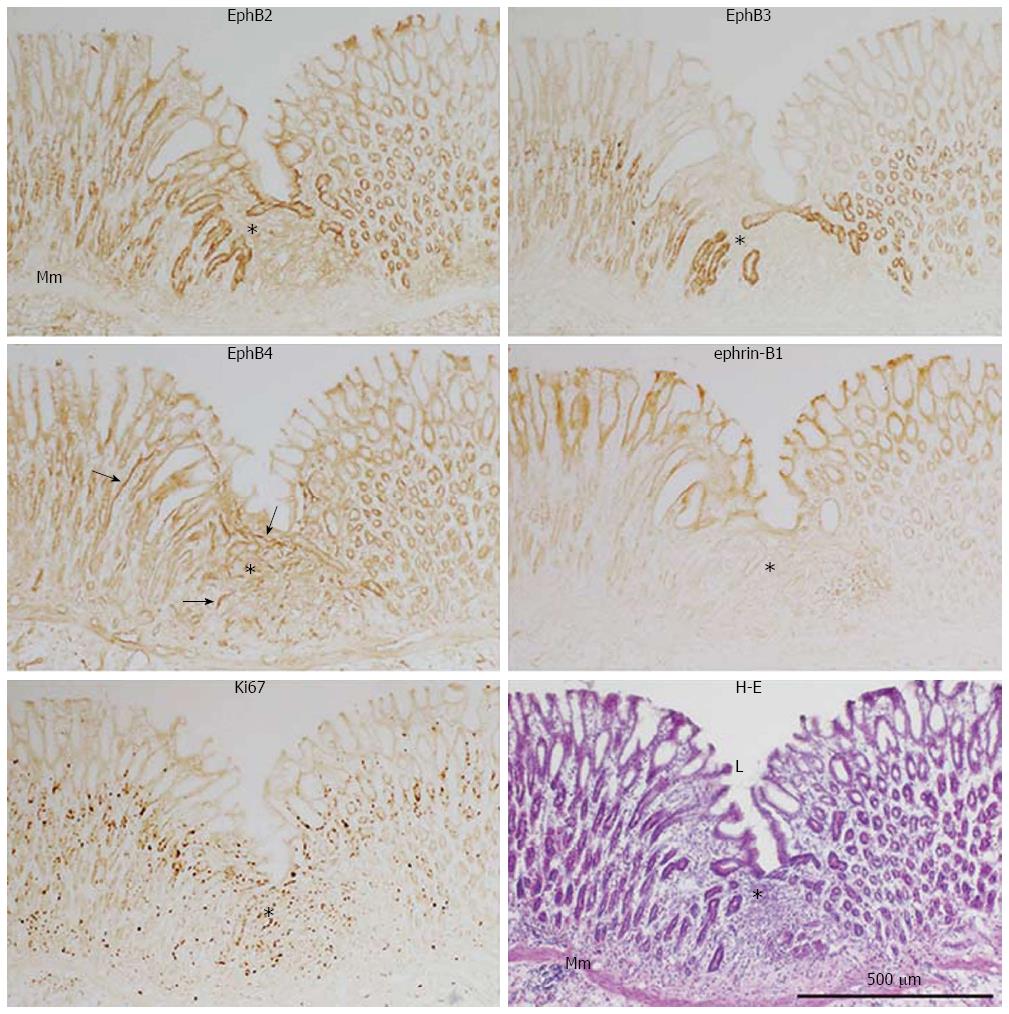 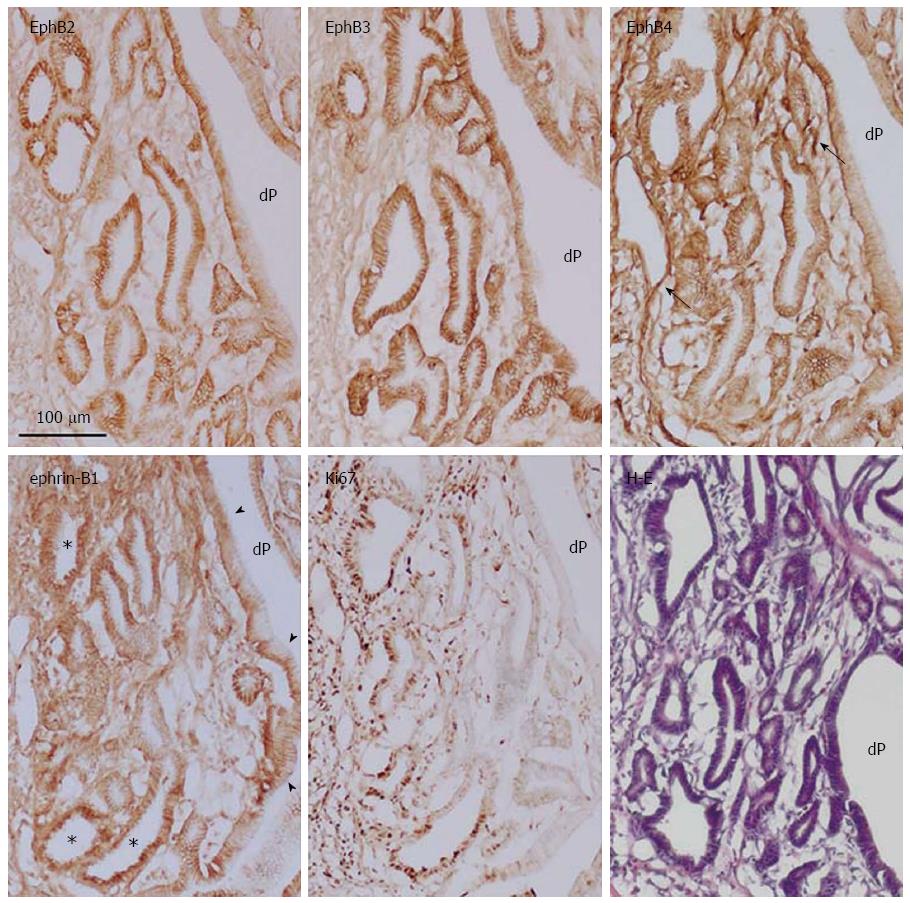 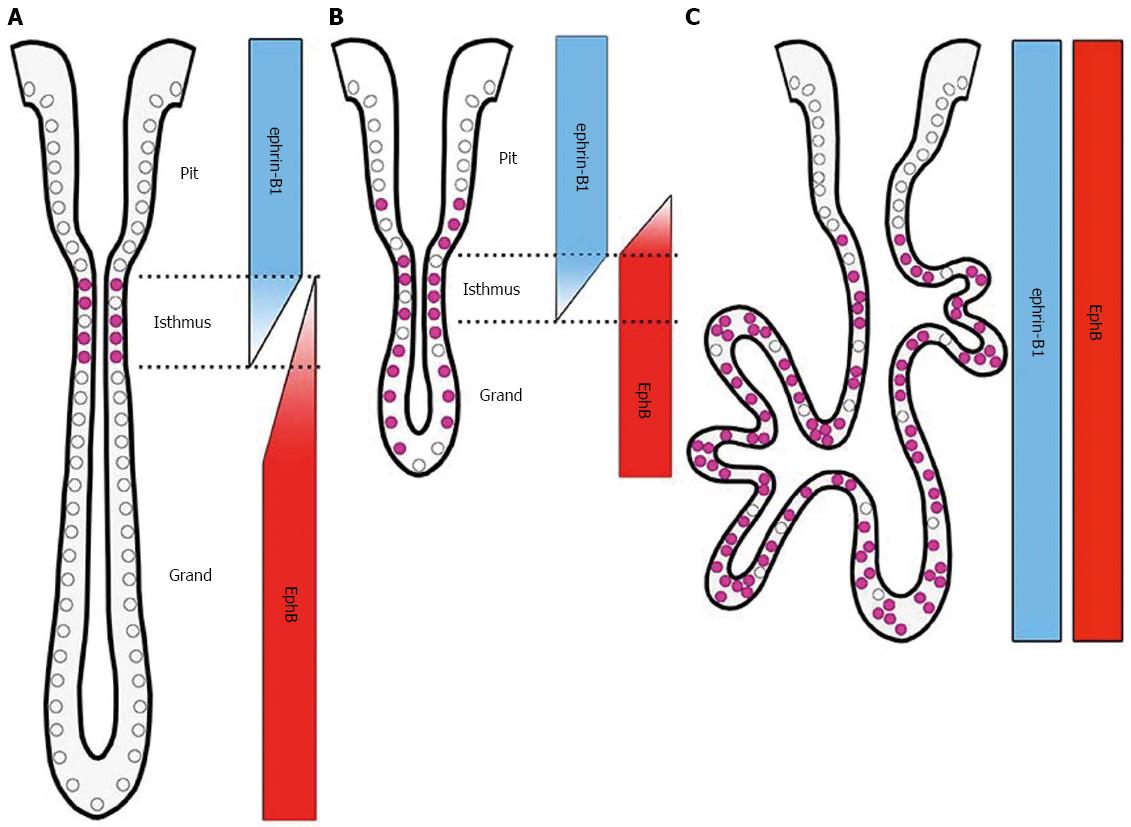 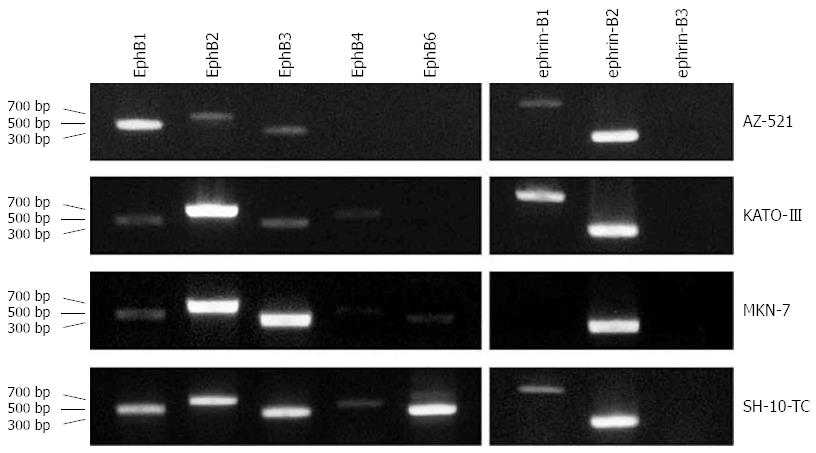