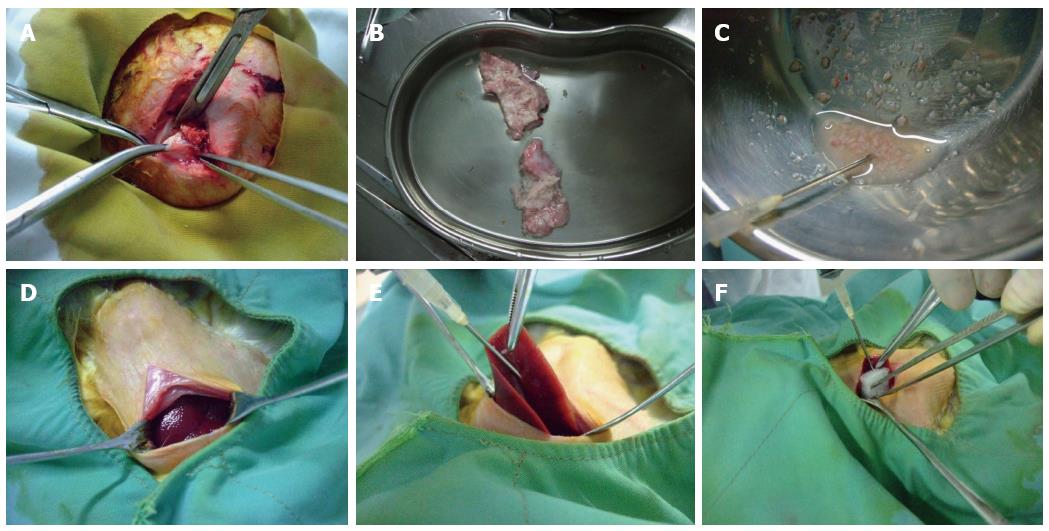 Figure 1 Process of establishing the rabbit VX2 hepatocarcinoma model. Tumor-bearing rabbits were anesthetized with chloral hydrate. A: Fish-like tissue at the edge of the tumor was removed under sterile conditions; B: The tumor tissue was placed in saline for washing and to remove the necrotic tissue, fascia and other connective tissues; C: The tumor tissue was cut into small pieces (0.5-1 mm diameter) using scissors; D: Healthy rabbits were anesthetized and placed on a rabbit operating table with their limbs fixed at the four corners. Routine sterilization of the surgical field was performed, and a vertical incision was made below the xiphoid. Then, the liver was exposed; E: After exposure of the middle lobe of the liver using smooth forceps, a 15 G needle was inserted sideways and upward into the visceral surface of the liver lobe, and 0.5 mL of tumor fragments was injected with a 5 mL syringe. During this process, we ensured that the tumor fragments were injected into the liver parenchyma; F: The puncture site was covered with gelfoam after removal of the needle, and the incision was sutured after confirming that there was no obvious bleeding. 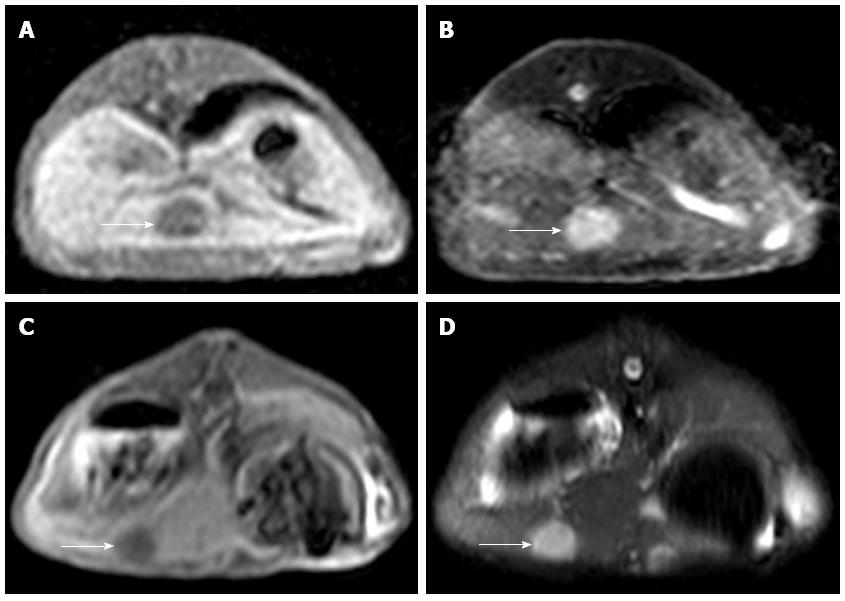 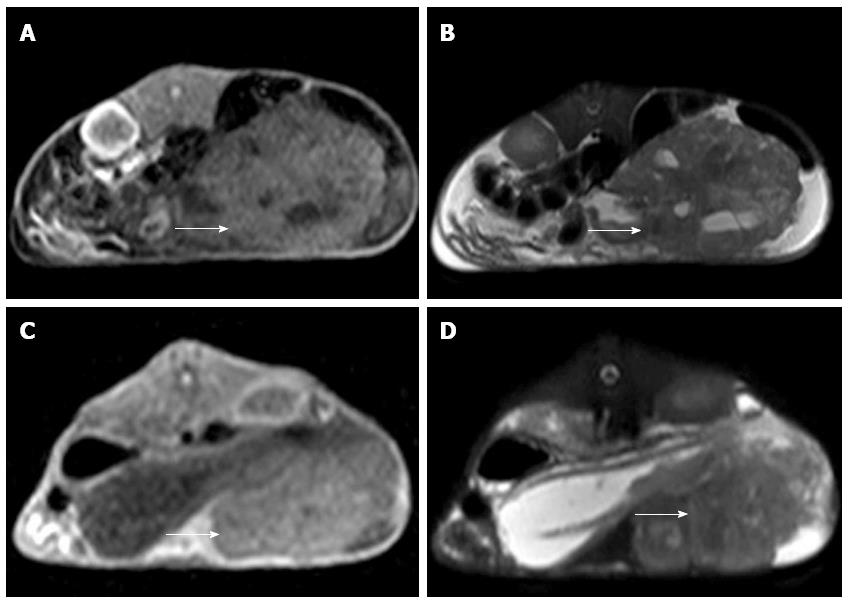 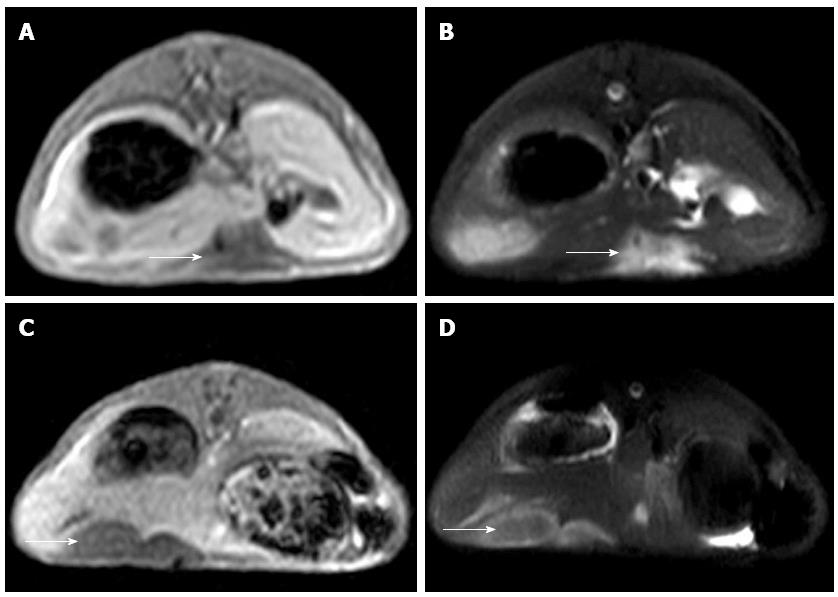 Figure 5 Histological findings for intrahepatic nodules or masses observed through magnetic resonance imaging. HE staining (A: × 100; B: × 400): the tumor cells were morphologically diverse, with obviously heterogeneous and trachychromatic nuclei; karyokinesis could also be found (shown by arrow).