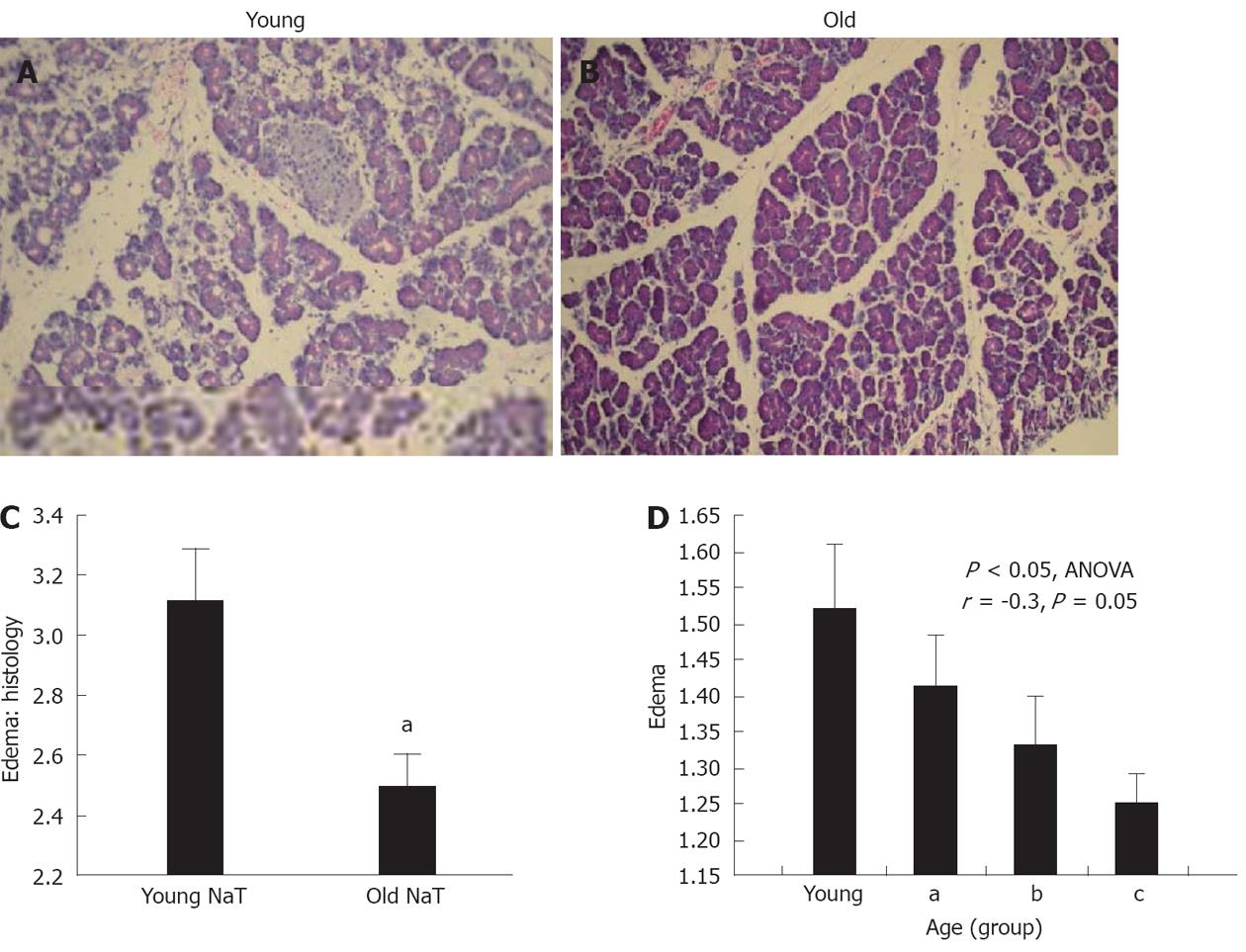 Figure 1 Effect of age on pancreatic edema 24 h after induction of sodium taurocholate pancreatitis. A: A young rat with severe, grade 4 edema [hematoxylin and eosin (H and E), 40×]; B: An old rat with moderate, grade 3 edema (H and E, 40×); C: Mean ± SE histologic scoring of edema for both groups; D: Edema data calculated by wet:dry ratio of pancreatic tissue. While young vs old ratios are discussed in the text, when animals were sorted into young, aged (group a), very aged (group b) and most aged (group c) groups, a progressive decrease in edema was seen with age. A significant negative correlation was also noted (aP < 0.05, Student’s t test). NaT: Sodium taurocholate; ANOVA: Analysis of variance.

Figure 2 Histology (hematoxylin and eosin, 100×) of young (panel A) and old (panel B) inflammatory infiltrates 24 h after induction of sodium taurocholate pancreatitis. A: Severe, grade 4 parenchymal inflammation in the young animal; B: Mild, grade 2 inflammation in an older one.

Figure 3 Histologic scores. There was no difference in necrosis scores between young and old (C), but significant decreases were observed in inflammatory infiltrates of the parenchymal (D) and stromal (E) tissue (aP < 0.05, Student’s t test). NaT: Sodium taurocholate. 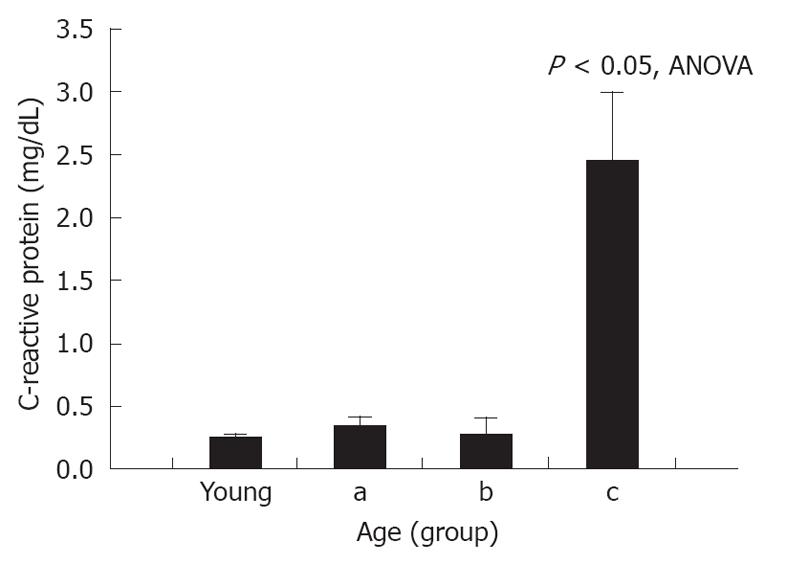 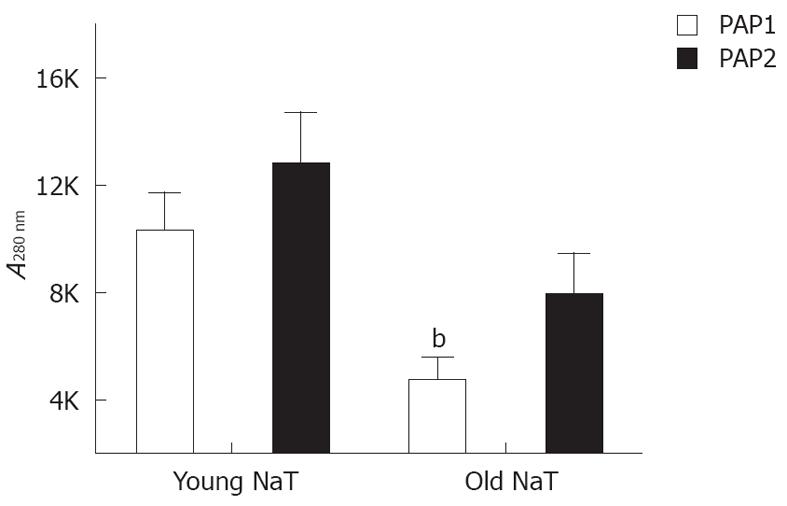 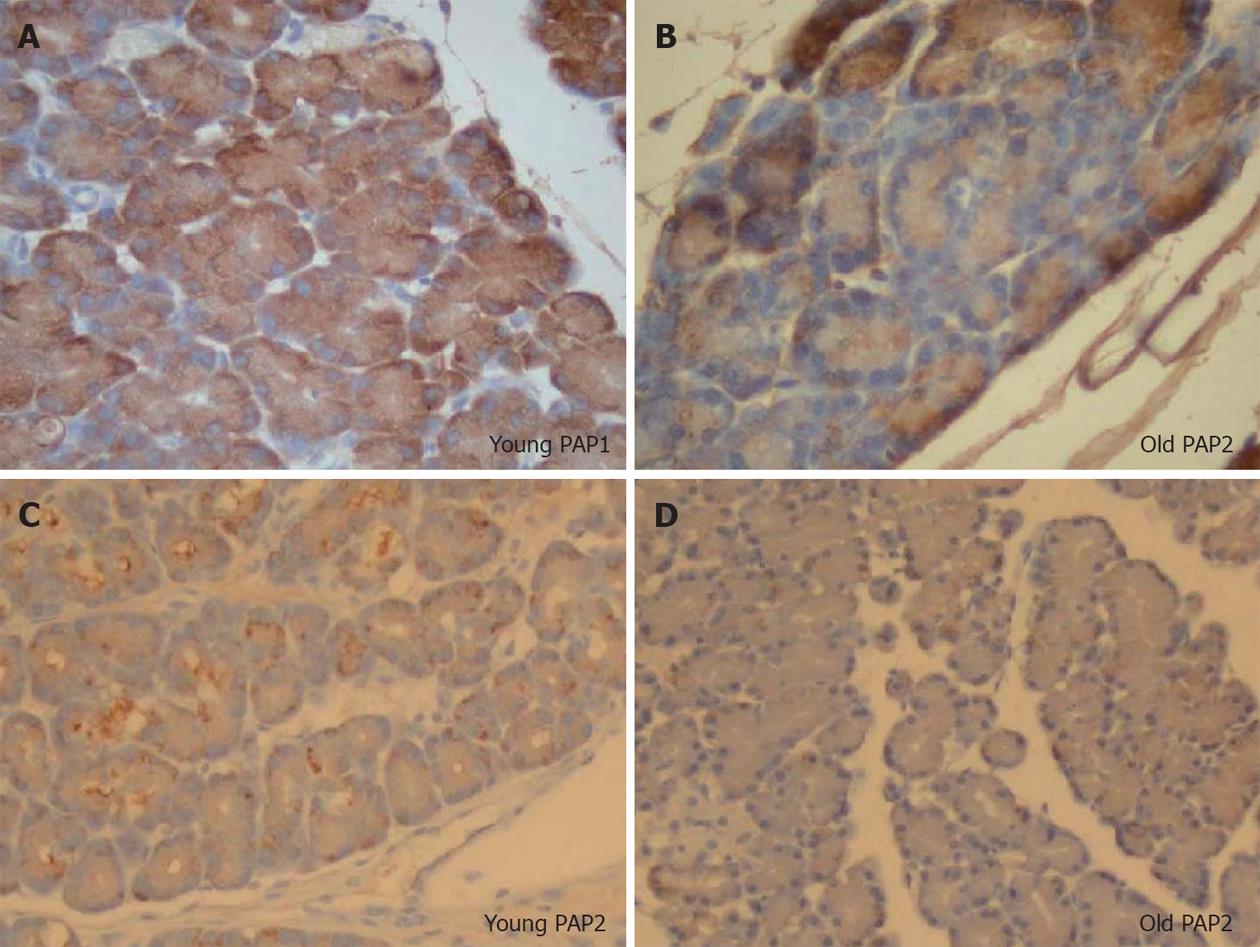 Figure 7 Immunohistochemical staining for pancreatitis-associated protein 1 and 2, high power (100×). Young animals (A, C) are compared to older (B, D). A decreased intensity of staining is observed in aging, and while pancreatitis-associated protein (PAP)1 staining in younger animals is uniform, in older animals it is heterogenous. In contrast, while PAP2 staining patterns are heterogenous in younger animals, they are more uniform in older ones. Note the clumping of PAP2 within the cells of the younger animals, which is absent in the older group. 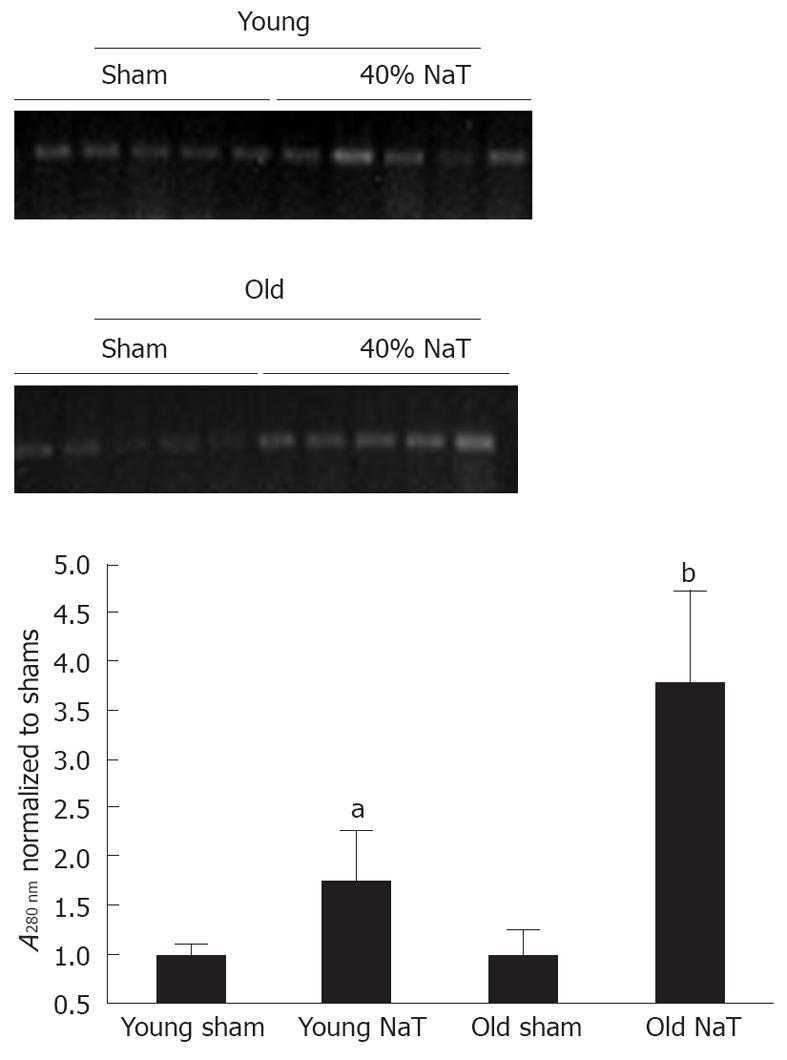