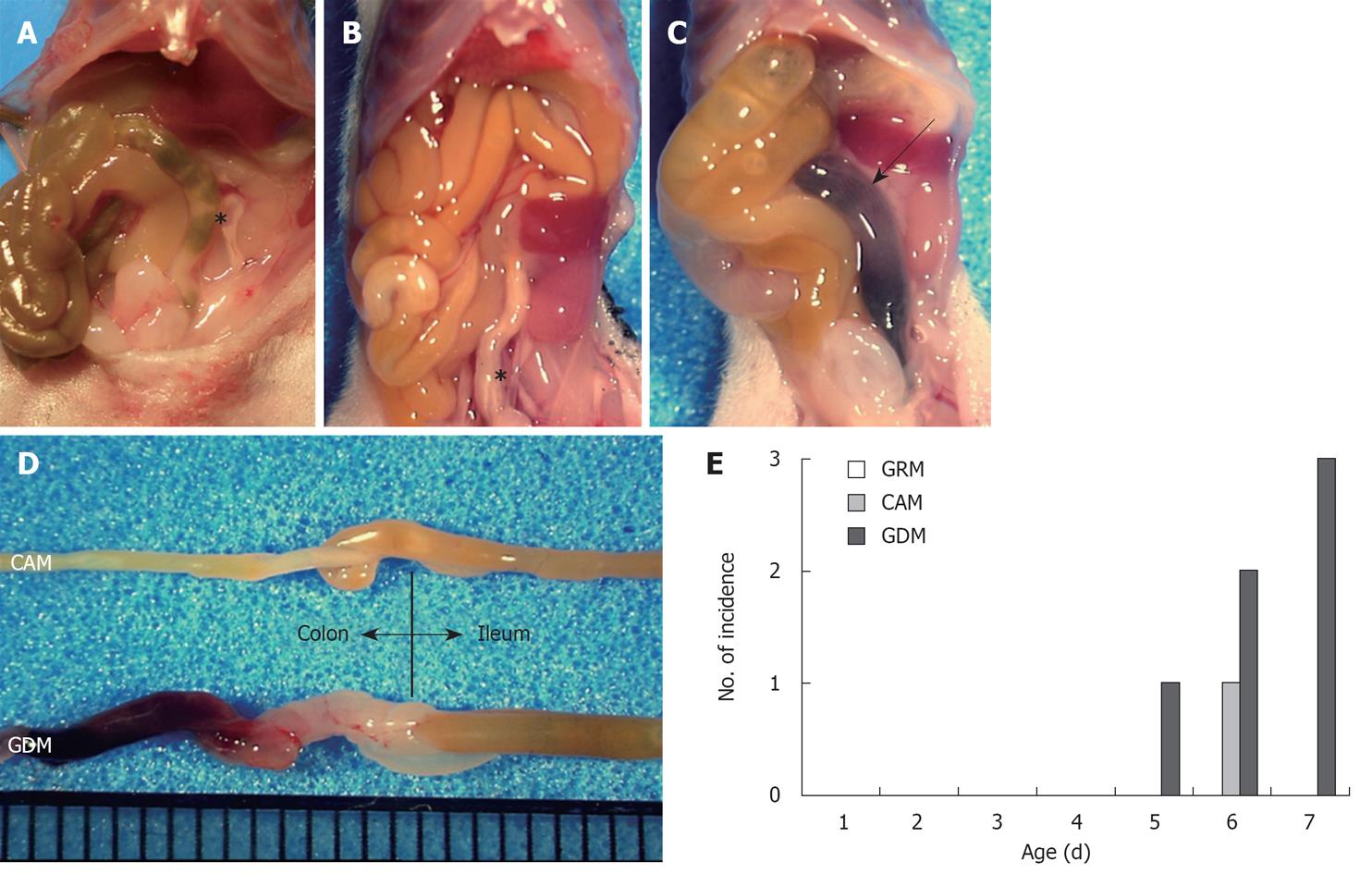 Figure 1 Macroscopic views of milk-fed mice with colonic hemorrhage. Representative macroscopic views of newborn mice that were fed with glutamine-rich milk (GRM) (A), complete amino acid milk (CAM) (B), and glutamine-deleted milk (GDM) (C) are shown. Compared to the colons of GRM-mice and CAM-mice (asterisks), those of the GDM-mice appeared distended and edematous, with a pool of blood (arrow); D: Close-up views of the resected intestines from a CAM-mouse and a GDM-mouse, shown for comparison; E: Bar chart of the number of mice with melena on each day. 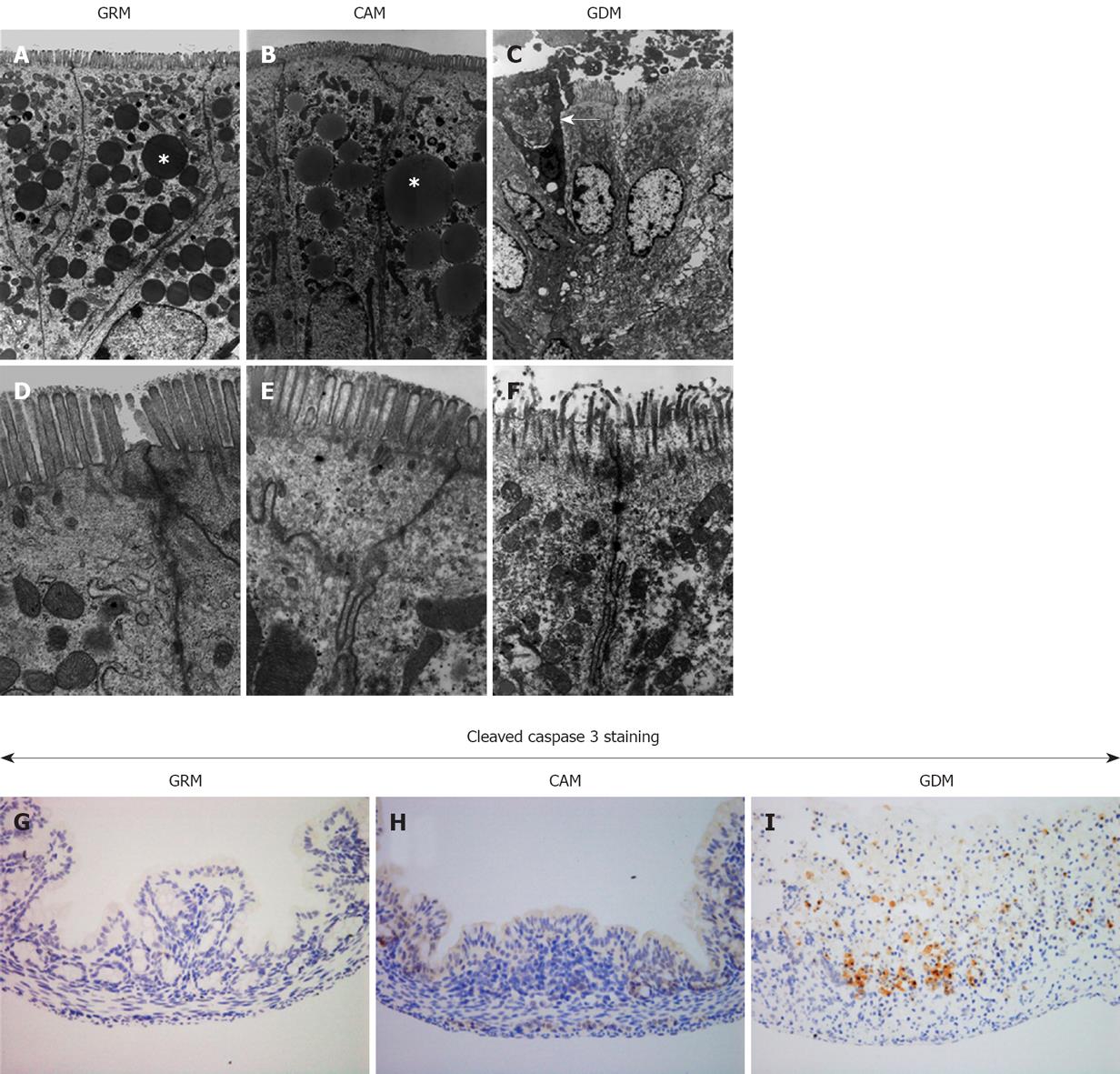 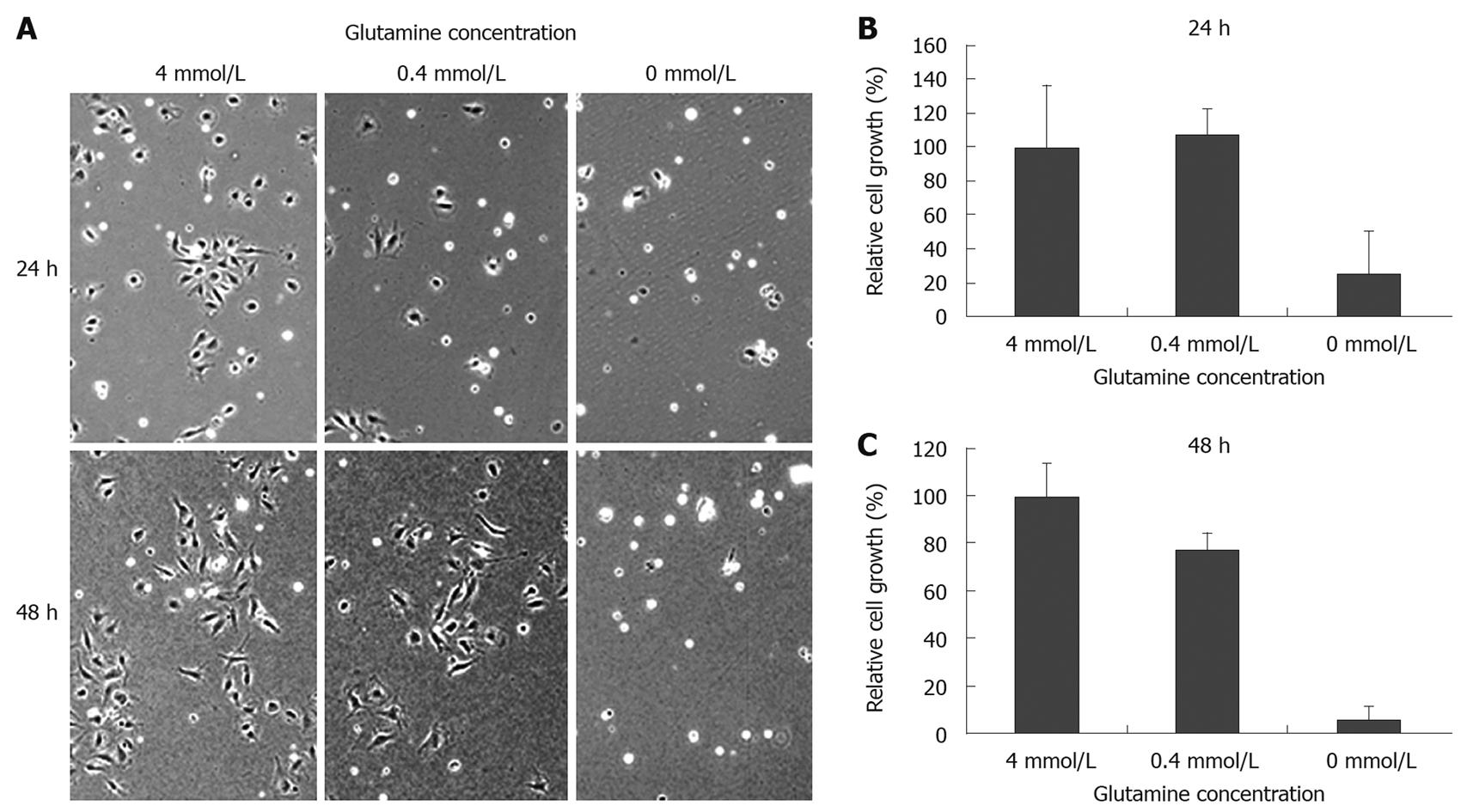 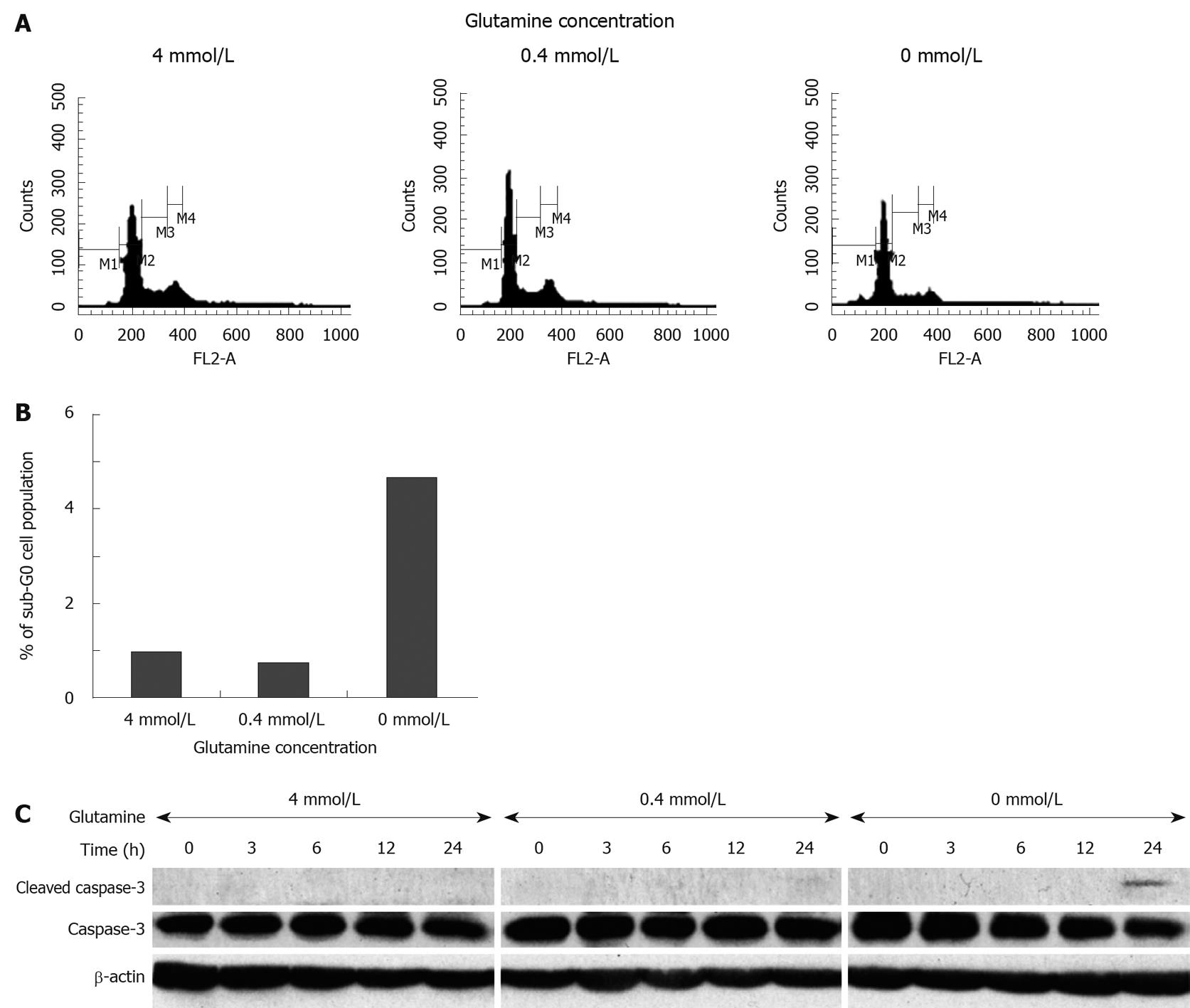 Figure 5 Potent antiproliferative effect of glutamine depletion results in increased cleavage of caspase-3. Cell cycle distribution under culture condition with different concentrations of glutamine was analyzed by flow cytometry (A) and cell populations at the sub-G0 phase were compared with each other (B); C: Immunoblotting for caspase-3 and cleaved caspase-3 revealed the induction of apoptosis in IEC6 cells after 24 h of culture without glutamine. Each experiment was independently repeated three times and the representative data among the similar results are shown.