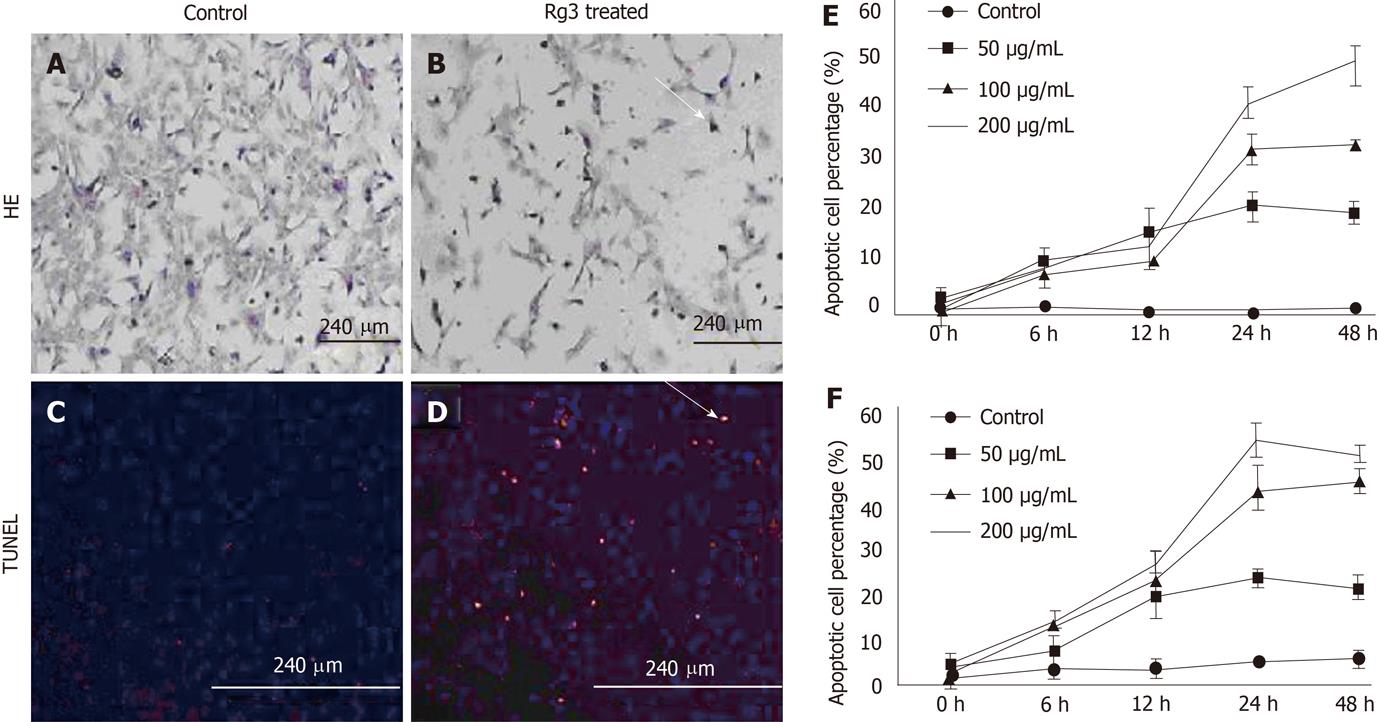 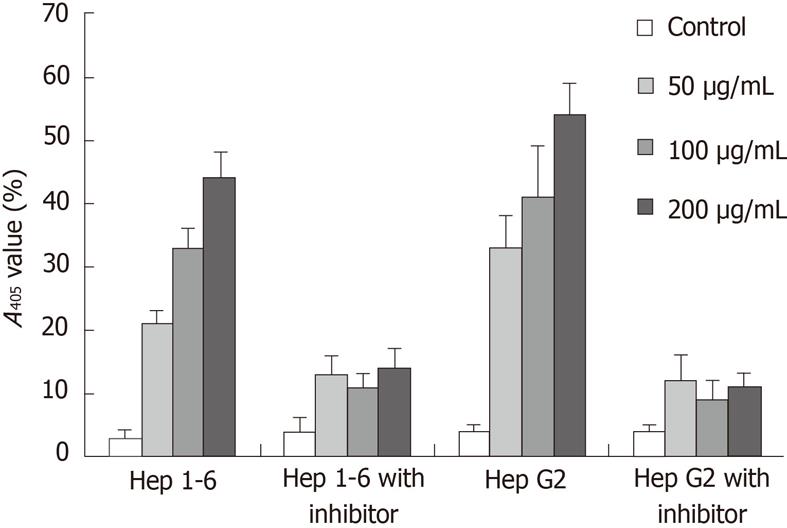 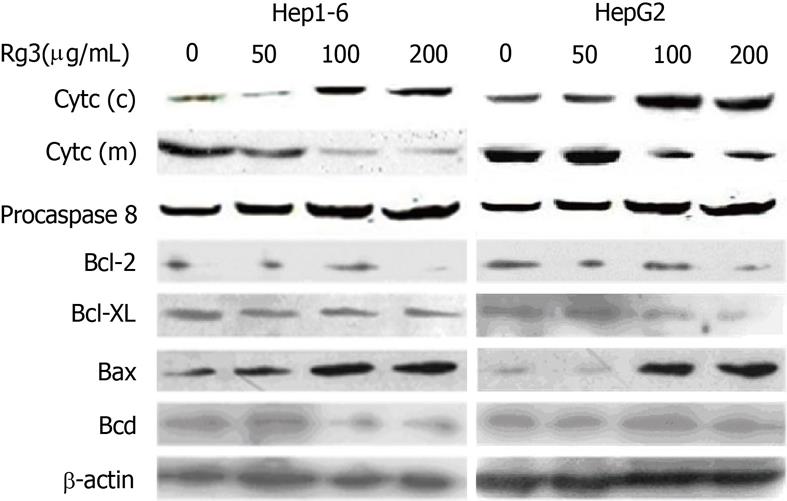 Figure 4 Effects of ginsenoside Rg3 on the cytochrome c release, caspase 8 cleavage and Bcl2-family. Hep1-6 and HegG2 cells were treated with 0, 50, 100, 200 μg/mL ginsenoside Rg3 (Rg3) for 24 h, and western-blot was used to detect the pro-casepase-8, cytochrome c in cytosolic fractions (c) and mitochondria fractions (m), Bcl-2, Bcl-XL, Bax, and Bad. β-actin is the protein loading control. Pro-caspase-8 remains static with or without Rg3 treatment. Cytochrome c decreased in the mitochondrial fraction and increased in the cytosolic fraction. Bcl-2 and Bcl-XL were down-regulated while Bax was up-regulated. Bad remains unchanged in the cells with and without Rg3 treatment. Rg3: Ginsenoside Rg3. 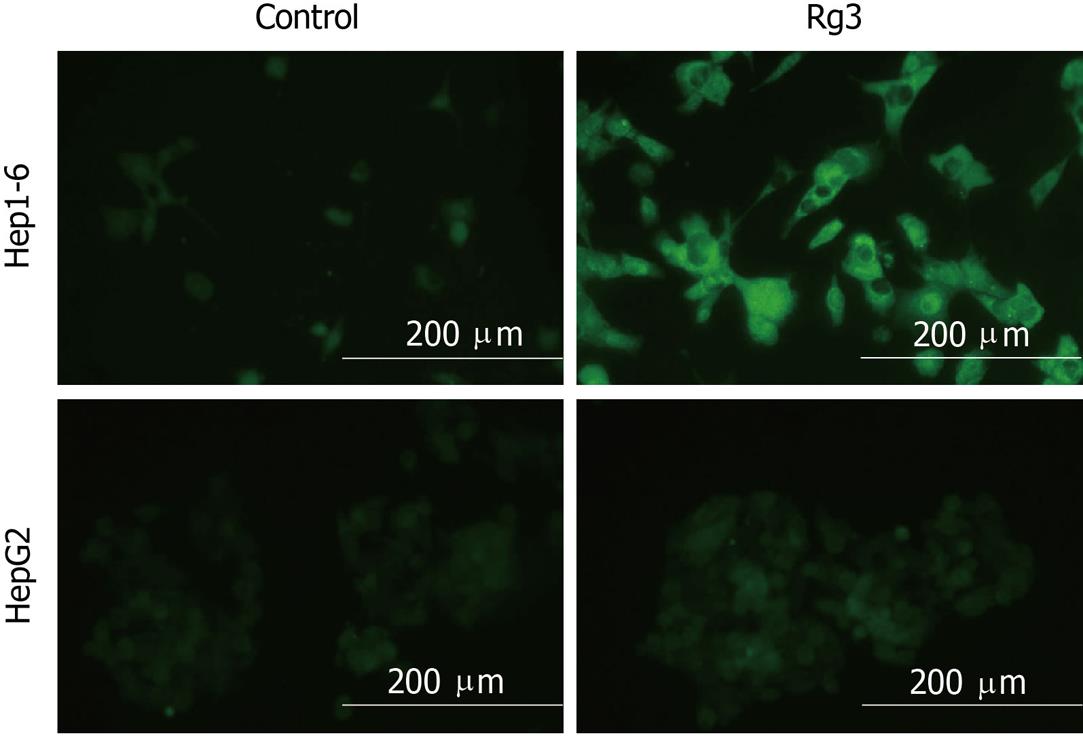 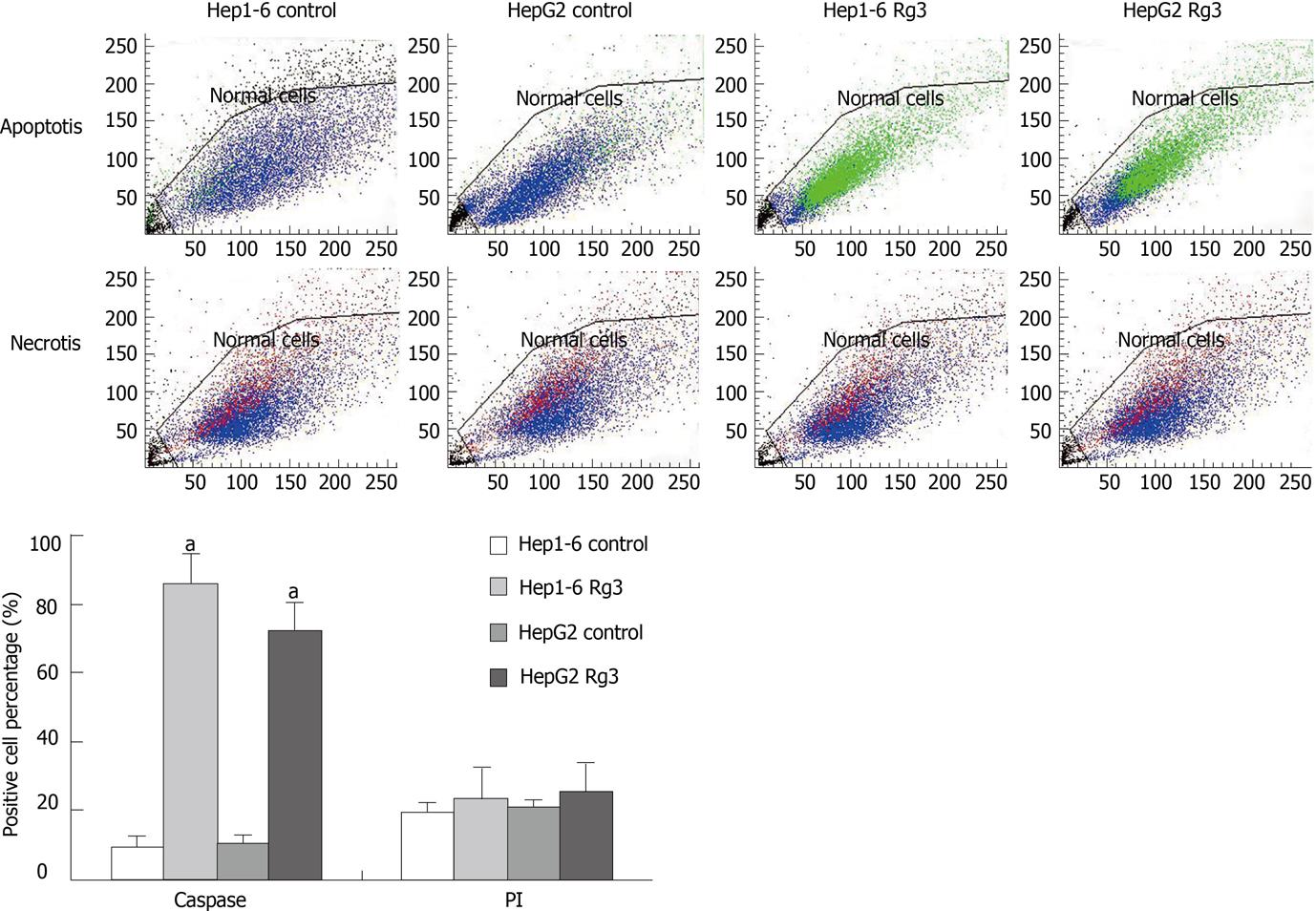 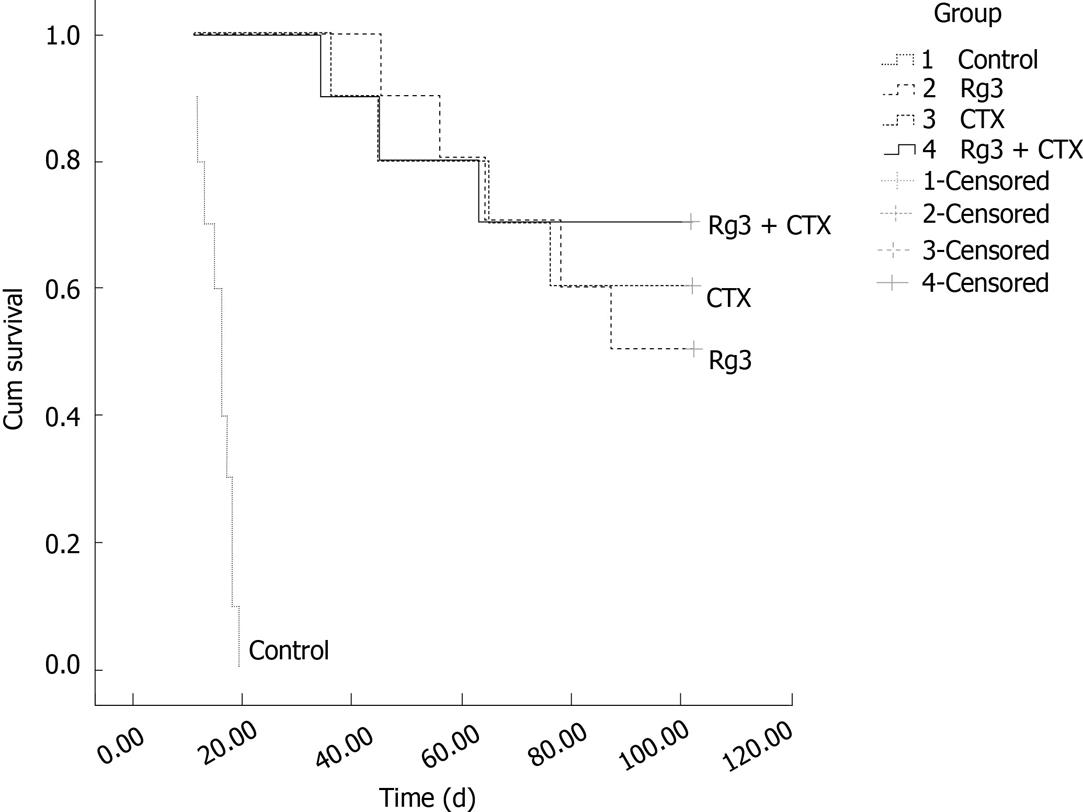 Figure 7 Survival time and survival rate of mice bearing hep1-6 tumor. The forty mice were divided into 4 groups with ten in each group, and inoculated with 1 × 106 Hep1-6 cells in each mouse. The mice were given an intratumoral injection of ginsenoside Rg3 (Rg3) (3.0 mg/kg) and cyclophosphamide (CTX ) (20.0 mg/kg) or saline (1.5 mg/kg) for 10 d following inoculation of Hep1-6 cells. The animal survival study was followed up to 102 d, to observe and compare their survival time and survival rate. The Rg3 and CTX combination group, Rg3 group, and CTX group were statistically significant compared with the saline injected control group. Rg3: Ginsenoside Rg3; CTX: cyclophosphamide.

Figure 8 Tumor grosses dissection and histology. Tumors were dissected immediately after the mice were euthanized. Tumor blood vessels and their wall were abundant in the control group. The Ginsenoside Rg3 (Rg3) and cyclophosphamide (CTX) group showed smaller tumor size. The CTX group had the necrosis in the center. Rg3 + CTX had the smallest volume without necrosis. Samples were stained with hematoxylin and eosin in succession. In the control group, moderately differentiated hepatocellular carcinoma cells were surrounded by thick fibrous capsule. The nuclei were large. In the Rg3 treated group, tumor cells were irregular and condensed. In the CTX treated group, the tumor cells lost connective tissue or blood supply. In Rg3 + CTX group, there was obvious chromatin condensation in the hepatocyte. Rg3: Ginsenoside Rg3; CTX: Cyclophosphamide.