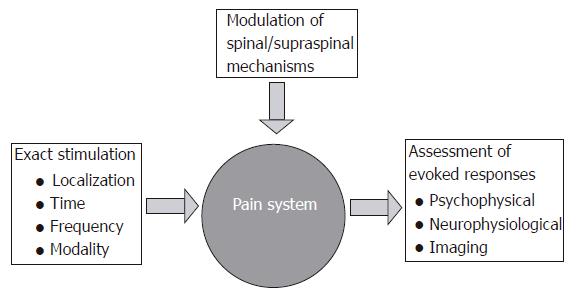 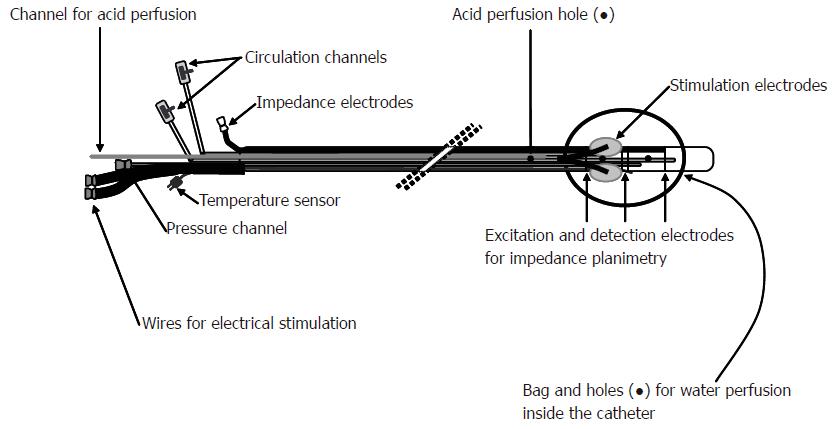 Figure 2 Schematic illustration of the probe used for multi-modal (electrical, mechanical, cold and warmth stimuli) of the esophagus. 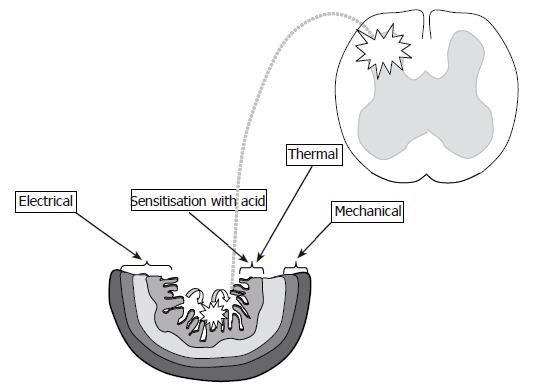 Figure 4 Cross-sectional area (CSA) at moderate pain during two distensions of the esophagus in a patient with non-cardiac chest pain. The distensions were performed before and after perfusion of the distal esophagus with acid (illustrated with the stippled line). A clear reduction in the tolerated mechanical stimulus was seen after acid perfusion. 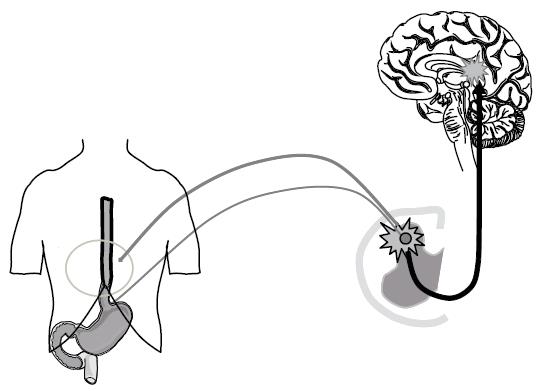 Figure 5 Referred pain in the somatic tissues is believed to be generated by central mechanisms, where visceral and somatic nerves converge on nerves in the same area of the spinal cord or at supraspinal centers. The phenomena also includes unmasking of latent connections and focal central hyperexcitability of the neurons.

Figure 6 Referred pain area to mechanical distension of the esophagus in a typical healthy subject, and in a patient with diabetes mellitus and autonomic neuropathy. The patient complained of severe nausea and pain in the epigastrium. The referred pain area in the diabetic patient was larger and abnormally localized. 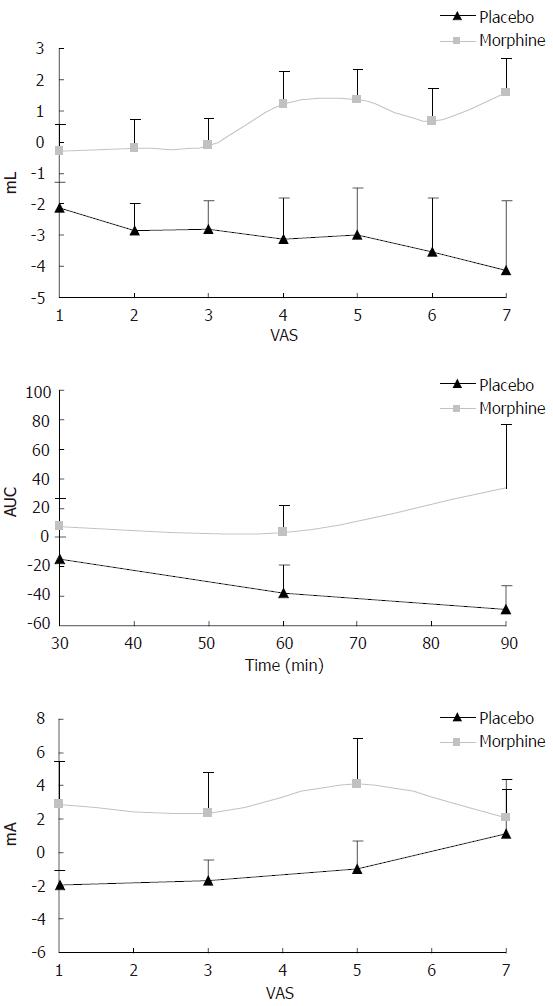 Figure 7 Change in sensory rating compared with baseline recordings for oral morphine and placebo using multimodal stimulation of the esophagus. Top picture: Morphine attenuates mechanically evoked pain better than placebo 60 min after drug intake (P < 0.01). VAS on the X-axis denotes the sensory rating at a visual analogue scale with 5 as the pain threshold. ML at the Y-axis denotes the bag volume. Middle picture: Morphine attenuates heat pain better than placebo (P < 0.05). Here the X-axis illustrates time after drug intake (min) and AUC on the Y-axis denotes the area under the temperature curve used as a proxy for the thermal energy. Bottom picture: Morphine also worked better than placebo (P < 0.05) on electrical stimulation 60 min after drug intake.