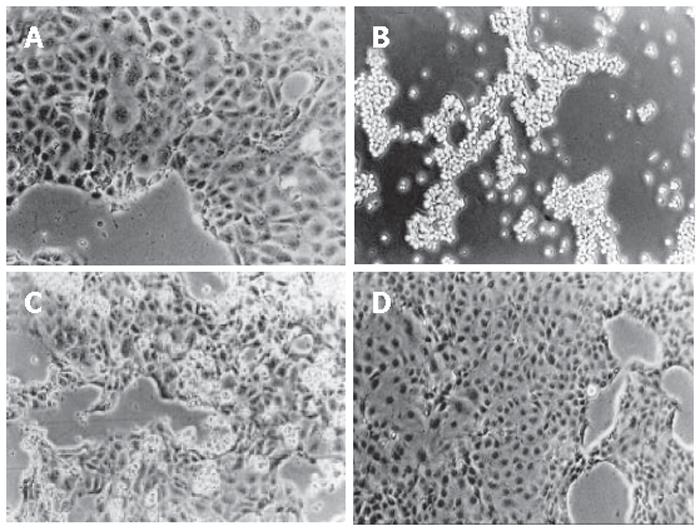 Figure 2 Inhibition of cell proliferation and survival by CHP. A: After the addition of BrdU, cells were cultured for further 20 h, followed by quantification of BrdU incorporation; B: Four hours after the addition of CellTiter AQueous solution, conversation of the MTT salt was measured. CHP-caused decrease of proliferation (A) and metabolically active cells (B) was prevented by the addition of L-proline. Results are expressed as mean±SE (n = 6, aP≤ 0.05). C: Immunoblotting of total cell extracts from DSL6A cells using an anti-cyclin D1 antibody. Results are representative for three independent experiments. D: DSL6A cells were treated with 10 mmol/l CHP for 24 h before culture medium was (a) replaced by DMEM without CHP or (b) 20 mmol/L L-proline was added to the CHP-containing medium. 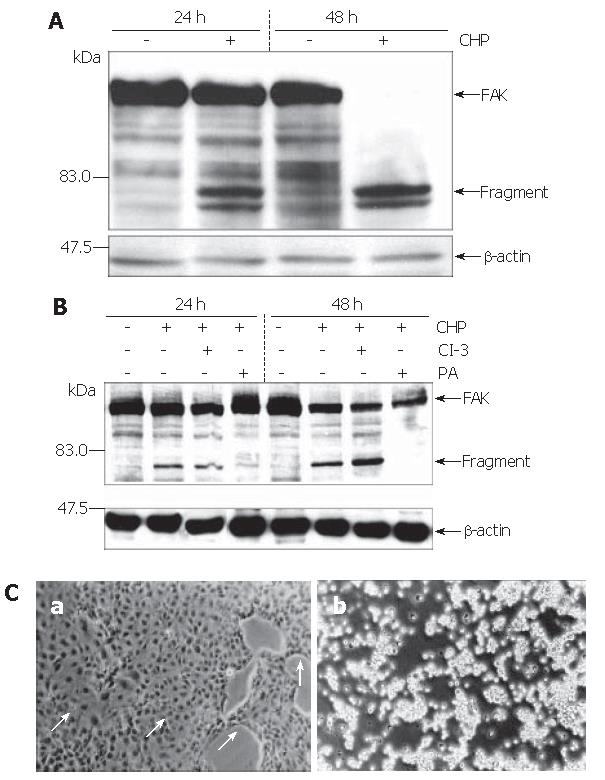 Figure 3 FAK fragmentations in DSL6A cells induced by CHP. A Immunoblotting of protein extracted from DSL6A cells after being incubated for 16 h and 48 h with or without 10 mmol/L CHP. CHP induced a time-dependent degradation of the 125 ku FAK protein, resulting in fragments of about 80 ku. B Simultaneous addition of the Protease Arrest Reagent (PI) to the CHP-treated cells attenuated fragmentation of FAK; in contrast, the caspase-3 inhibitor z-DEVD-fmk (CI-3, 100 μmol/L) was not able to abolish the CHP-induced FAK degradation. To show equal protein loading, the membranes were stripped and re-probed using an anti-β-actin specific antibody. C Effect of CHP on morphological appearance of DSL6A cells; (a) simultaneous addition of 10 mmol/L CHP and a broad spectrum protease inhibitor (PI, Protease Arrest Reagent) abolished the CHP-induced loss of adherence; (b) In contrast to the broad spectrum protease inhibitor, the caspase-3 inhibitor z-DEVD-fmk (CI-3, 100 μmol/L) had no effect on the CHP-induced loss of adherence (Phase contrast microscopy, original magnification x 200).

Figure 4 Immunocytochemical localisation of FAK. DSL6A cells grown on glass cover slips were cultured for 24 h without (A) or with 10 mmol/L CHP (B). Cell staining was performed by incubation with a mouse anti-FAK specific antibody. Binding of the primary antibody was detected by an AlexaFluorTM-labelled anti-mouse antibody. Arrows: focal adhesions; Bar: 10 μm. 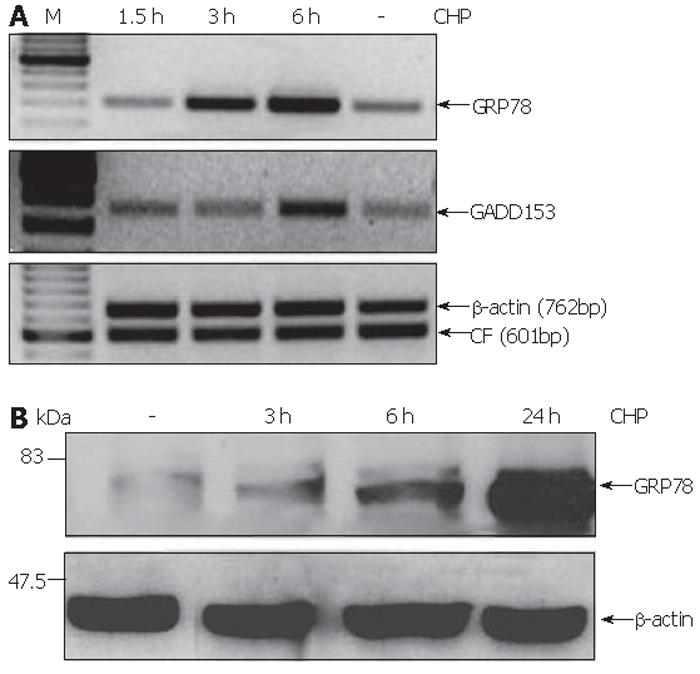 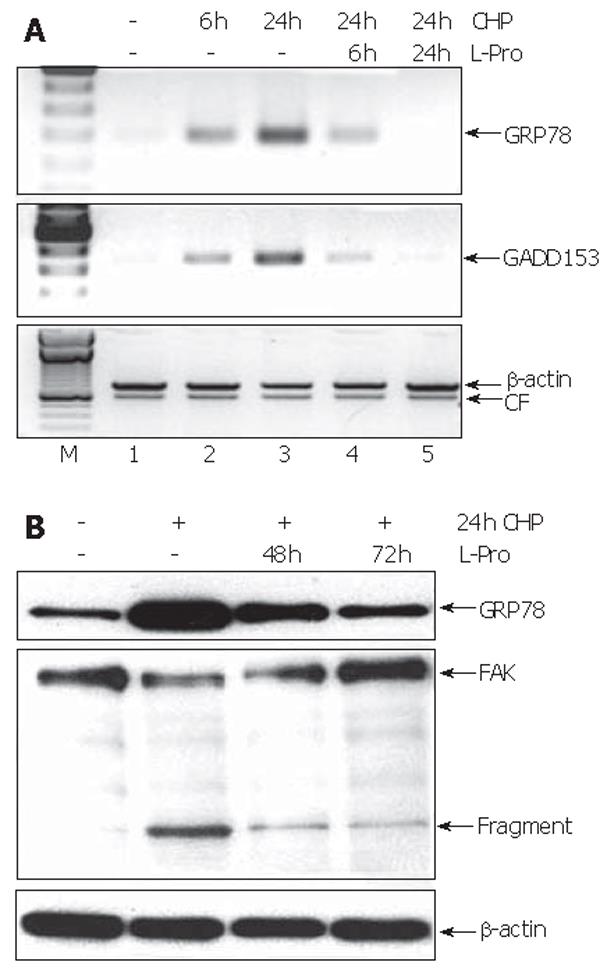 Figure 8 Survival of DSL6A cells cultured in suspension. A: Assessment of cell viability using the CellTiter AQueous assay. Adherent cells (adh.) and cells in suspension (susp.) were incubated for 24 h with or without 10 mmol/L CHP. Results are expressed as a percentage of living cells with regard to adherently growing, untreated control. Data are expressed as mean±SE (n = 6). B: Western blot analysis of FAK protein levels.