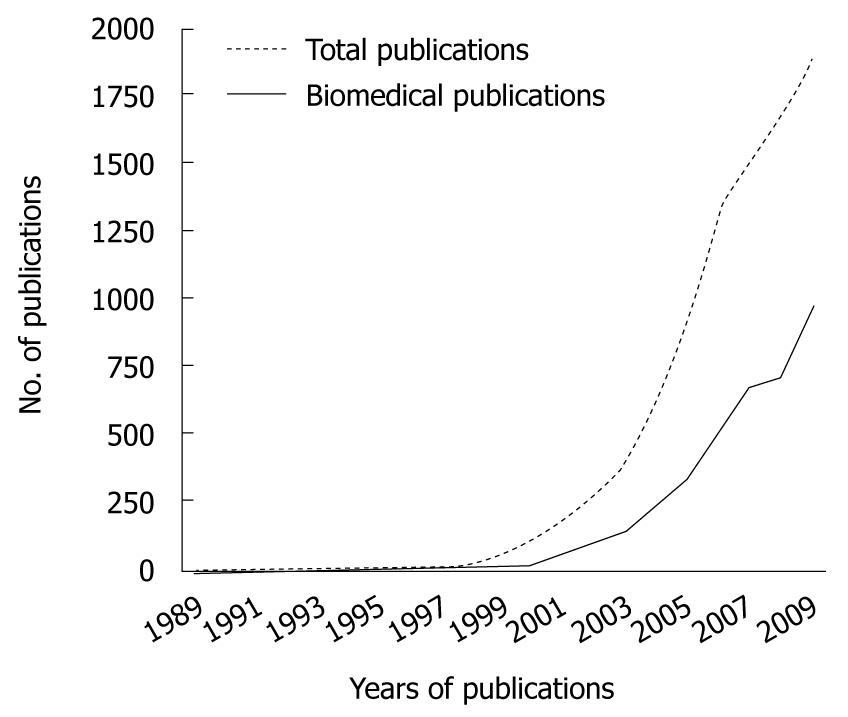 Figure 1 Explosive growth of the microfluidic Lab-on-a-Chip technologies. Note that the last decade brought a dramatic increase in the development of innovative microfabricated technologies aimed at studies of cells and biomolecules. These technologies attract a growing interest within the biomedical community, reflected by a logarithmic growth of publications on the subject. The Scopus database containing citations, abstracts and references covering 16 000 peer-reviewed titles from 4000 publishers was used to perform a bibliographical analysis spanning the period between 1989 and 2009. Study was based on the key word “microfluidic” and included two sets of variables: (dashed line) Total publications (database search from “Biology, Agricultural and Environmental Sciences, Chemistry, Physics, Mathematics and Engineering; Life and Health Sciences” collections), (solid line) Biomedical publications (database search from “Biology and Life and Health Sciences” collections). Analysis included only Articles and Reviews and excluded “In press” articles. 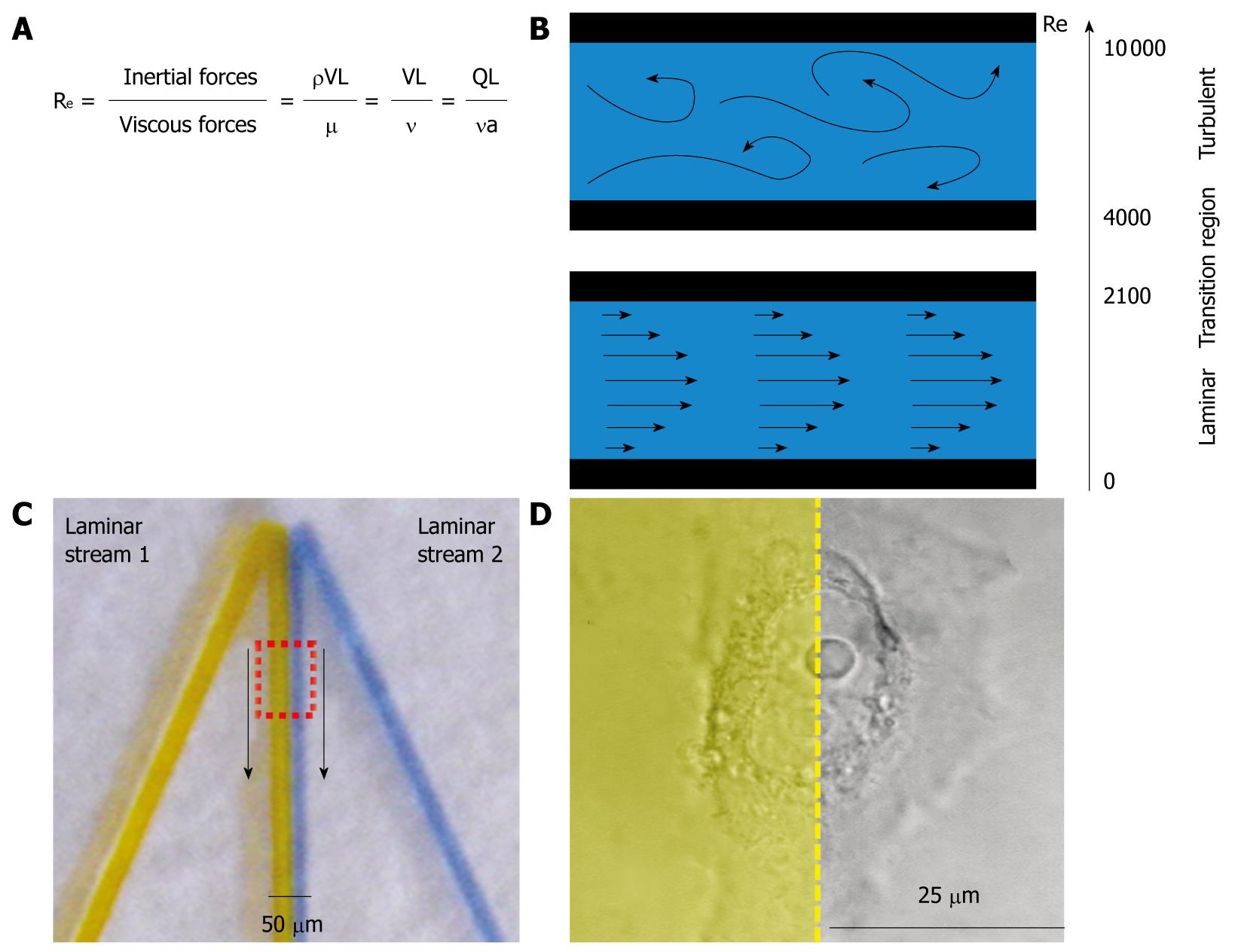 Figure 2 Principles of microfluidics. A: Microfluidics is aimed at manipulating liquids at ultralow volumes. The dimensionless parameter, the Reynolds number (Re), describes unique physical principles of the fluid in channels within a cross-sectional area as a function of the channel geometry, fluid viscosity and flow rate. Re is the measure of the ratio between the inertial to viscous forces where: ρ: density of the fluid (kg/m3); V: Mean fluid velocity (m/s); L: Length of the channel (m); μ: Dynamic fluid viscosity (Pa•s); ν: Kinematic fluid viscosity (m2/s); Q: Volumetric flow rate (m3/s); a: Cross-sectional area of the channel (m2); B: As described by the Re, fluid flow in microfluidic channels is dominated by viscous rather than inertial forces. Laminar flow describes the conditions where all fluid particles move in parallel to the flow direction. Laminar flow is therefore represented by Re values below 2100. In contrast, turbulent flow is characterized by movement of fluid particles in all three dimensions that do not correlate with the overall direction of the fluid flow. Turbulent flow is thus represented by larger Re values (above 4000). Re values between 2100 and 4000 describe the transition region where fluid flow may have the features of both laminar and turbulent flow; C: Laminar flow under low Re can be effectively used for spatiotemporal stimulation of cells. Note that during fluid flow under low Reynolds numbers solute transport is dominated only by limited and local diffusion. Cell positioning is marked in red; D: An example of drug delivery to selected cell compartments using laminar flow streams. Phase-contrast image of HeLa cells stimulated using laminar flow under low Reynolds numbers. The yellow area (laminar stream 1) denotes the restricted cell compartment to which the drug is being delivered using laminar flow (as shown in panel C). 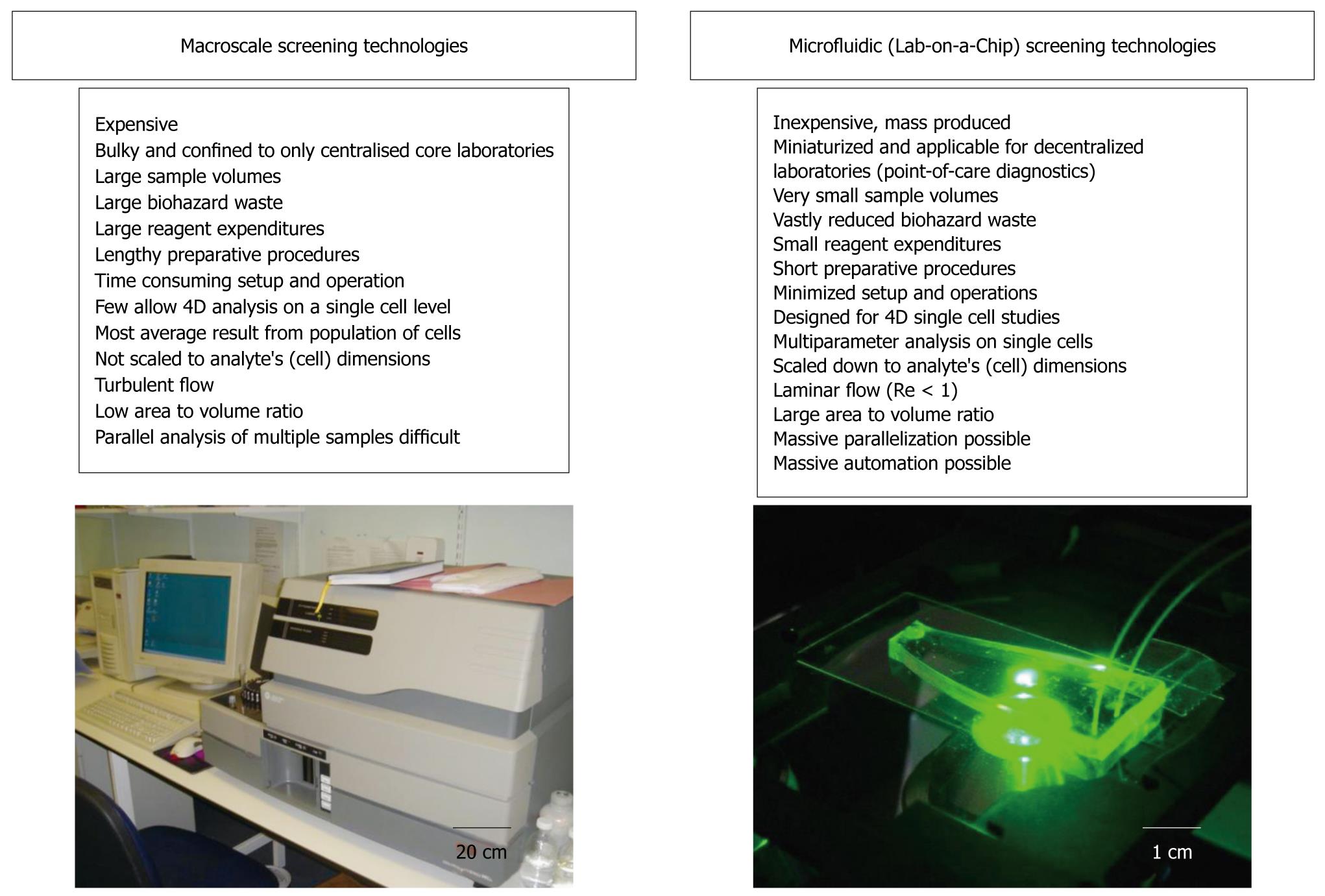 Figure 3 Comparison between conventional (macroscale) and microfluidic (Lab-on-a-Chip) technologies for cell-based assays. The advent of microfluidics and its integration into design micro-total analysis systems (μTAS) and Lab-on-a-Chip (LOC) devices is one of the most promising avenues to address the inherent complexity of cellular systems with massive experimental parallelization and analysis on a single cell level. LOC technologies promise greatly reduced equipment costs, simplified operation, increased sensitivity and throughput by implementing parallel processing principles and a vast miniaturized of on-chip components. Only low cell numbers and operational reagent volumes are required for LOC technology. It, in turn, opens up new prospects for high-throughput and high-content screening of anti-cancer drugs on patient derived specimens.