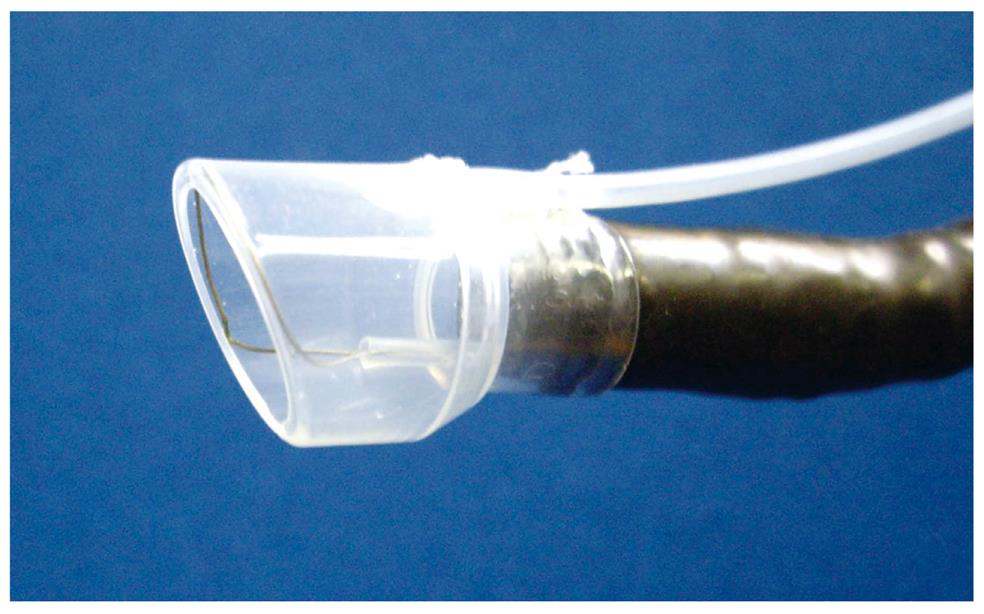 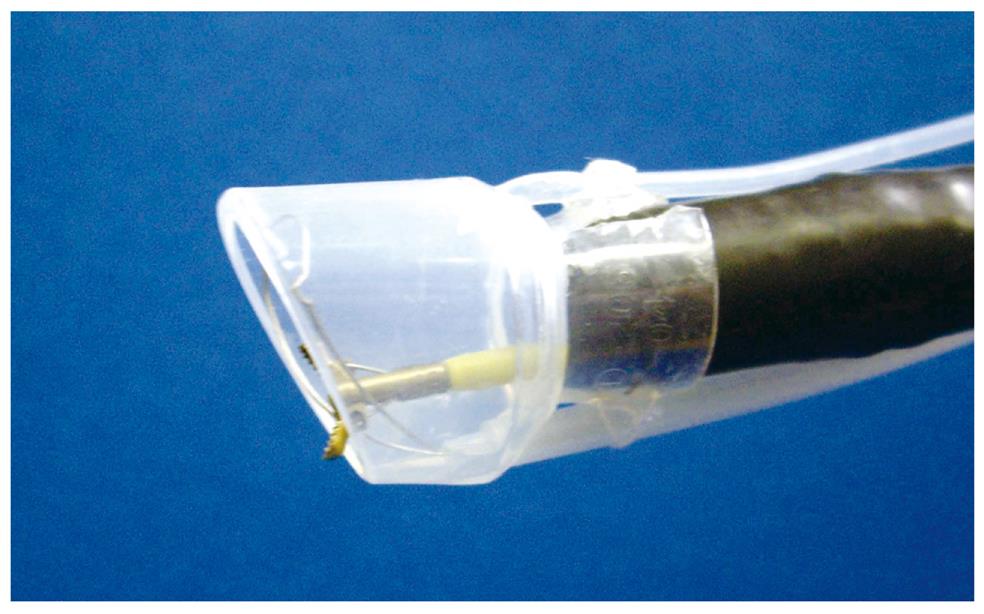 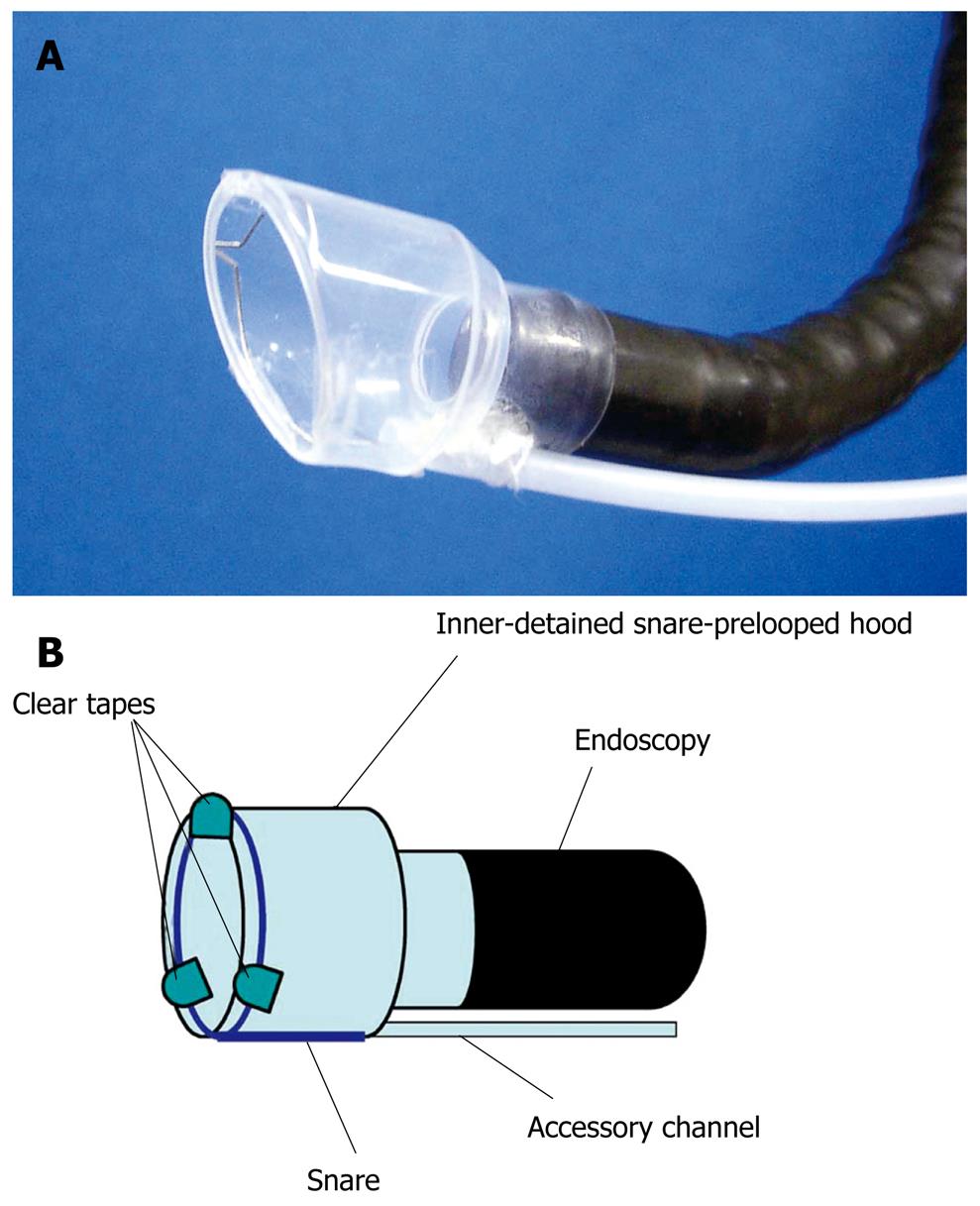 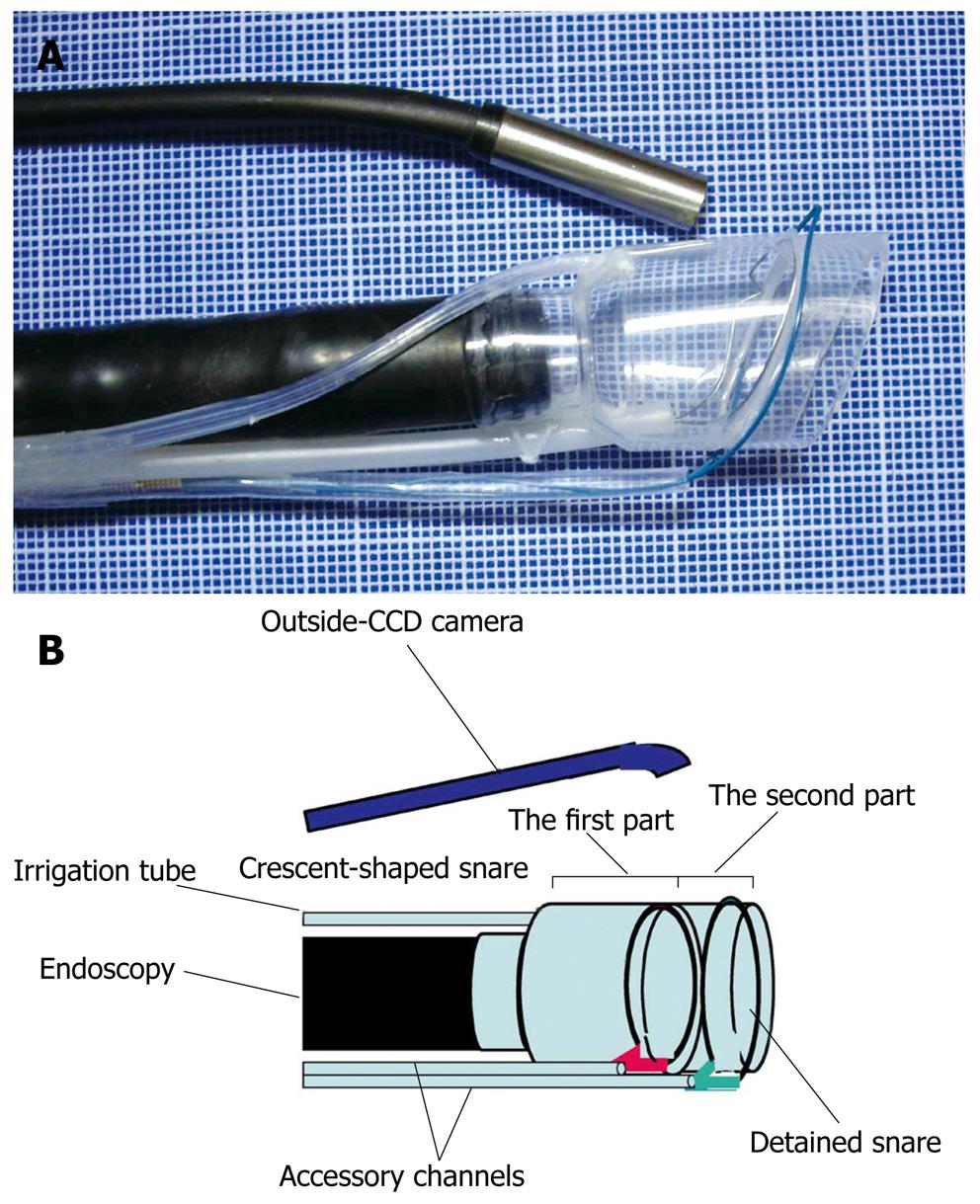 Figure 4 EAMC hood. A: Placed at the tip of the endoscope and outside-CCD camera; B: Schema of endoscope with EAMC hood. EAMC: endoscopic aspiration mucosectomy and closure. 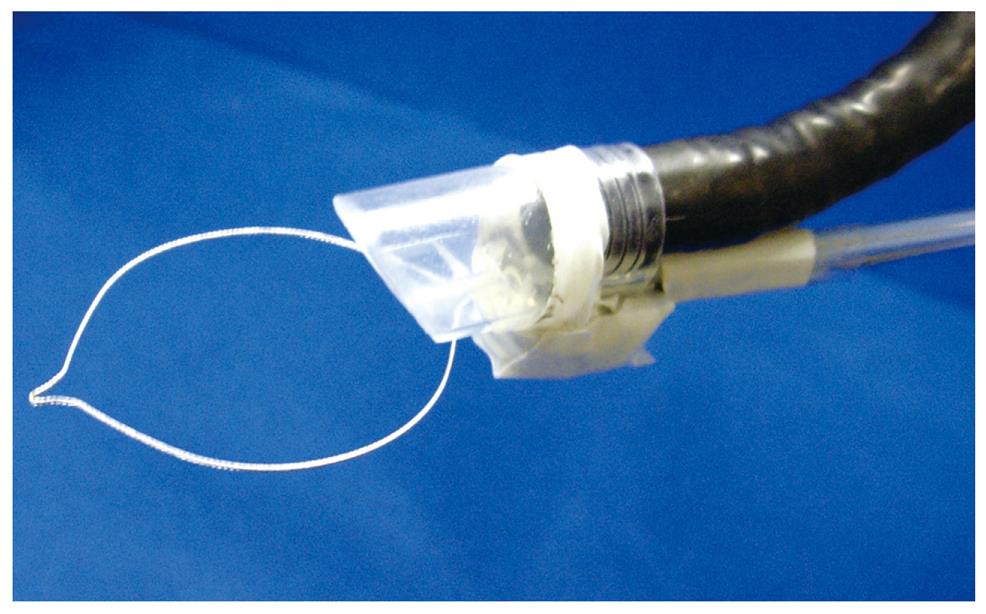 Figure 5 Vibration hood at the tip of the endoscope. 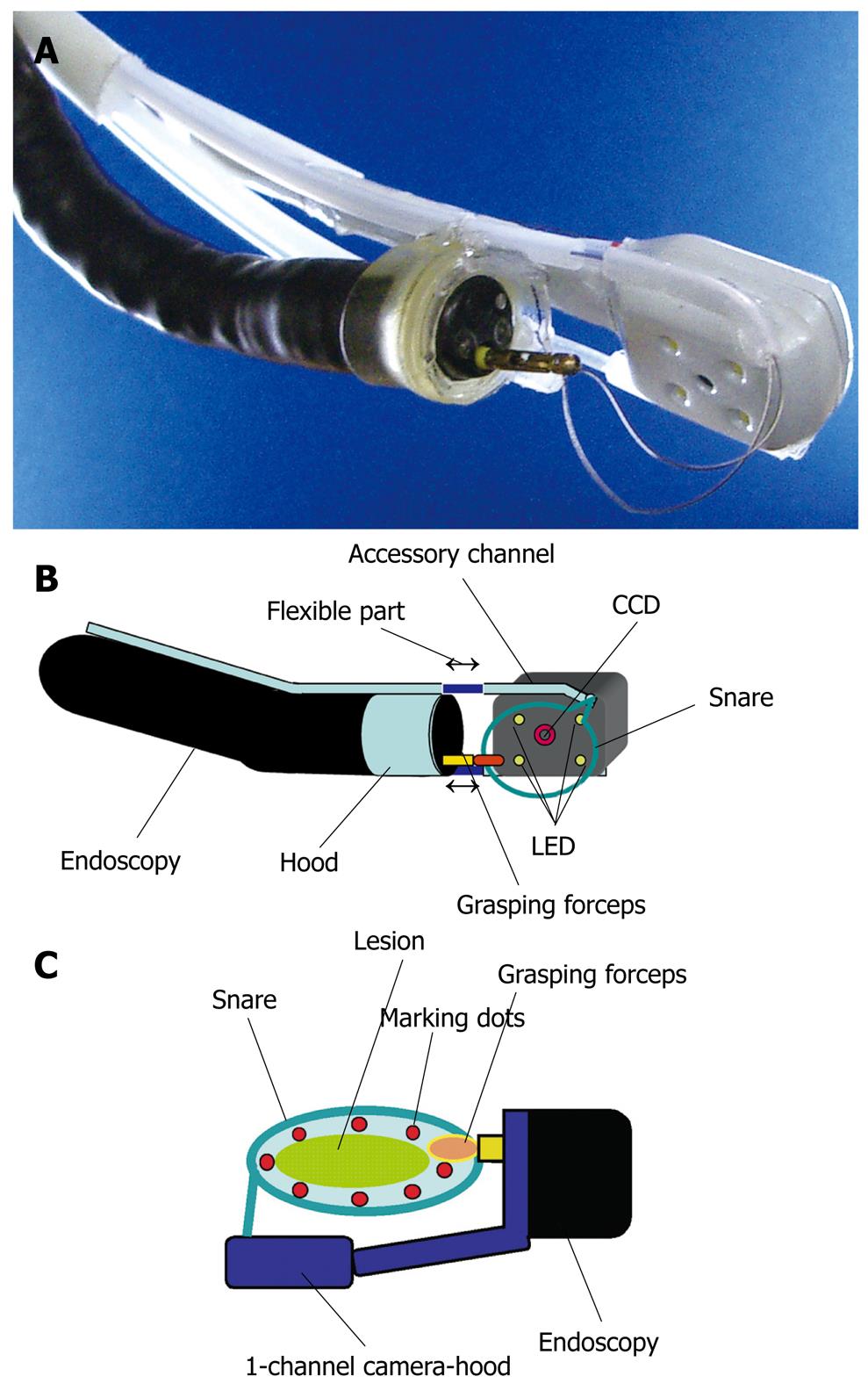 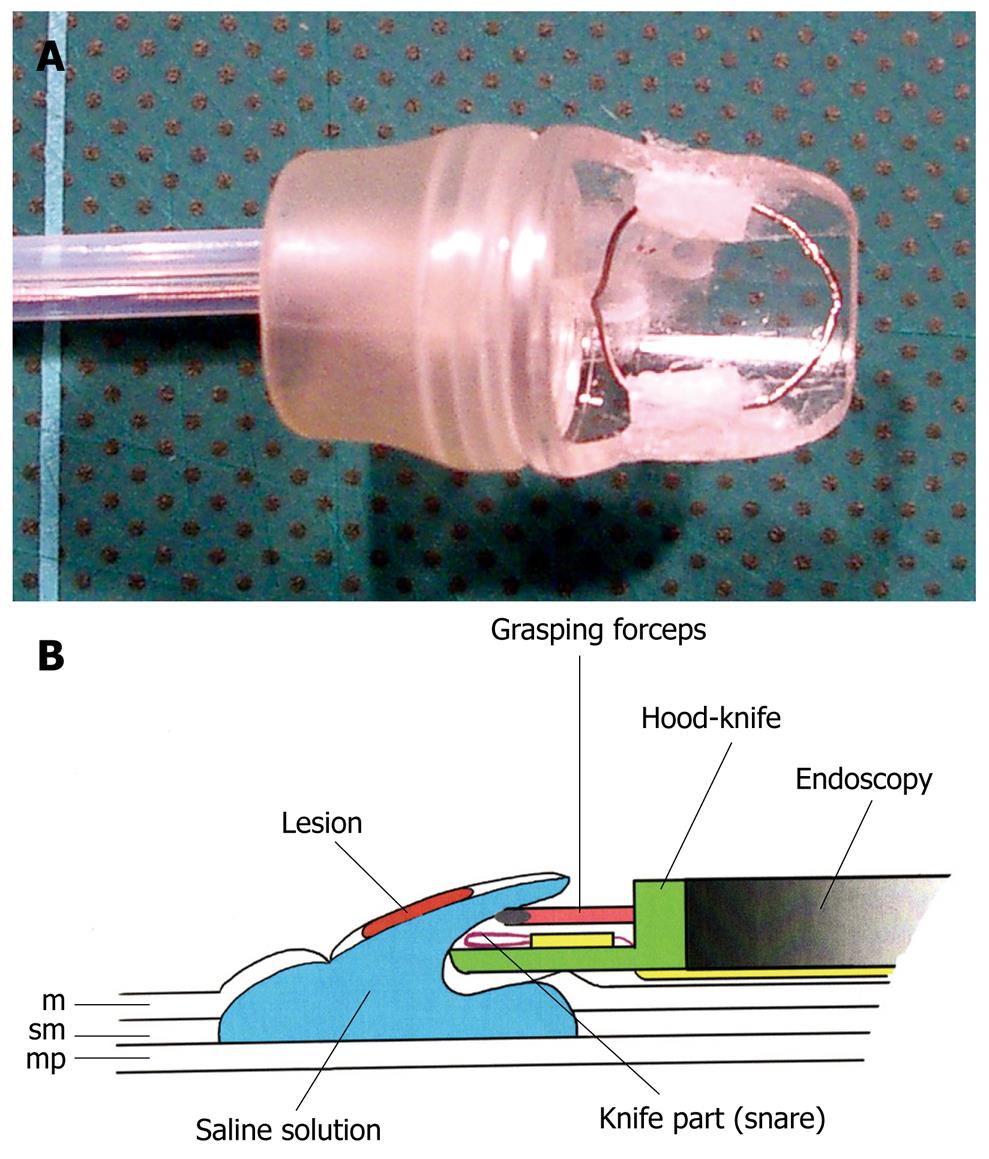 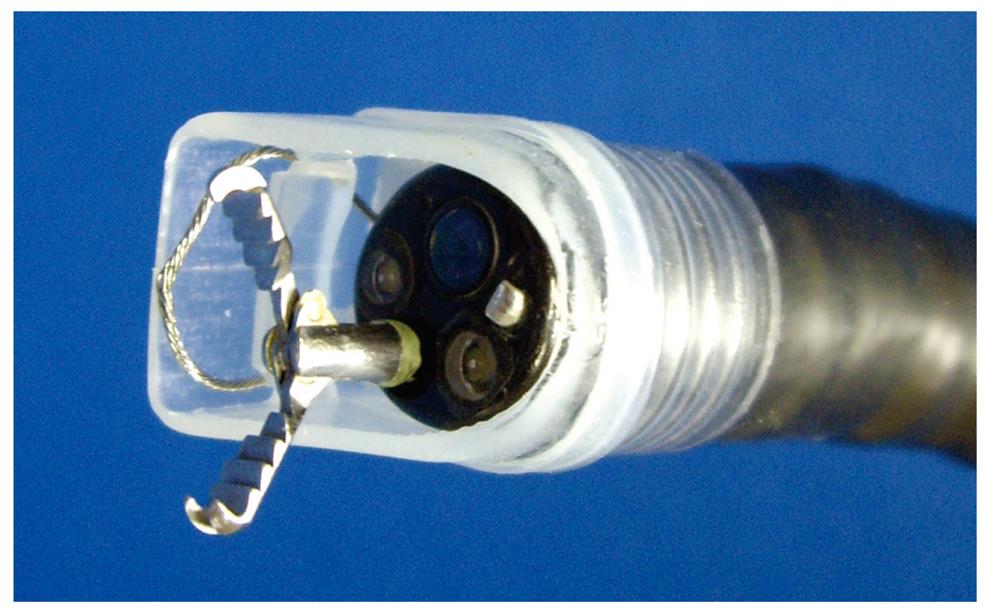 Figure 8 Cap-knife attachment (Type KUME) with a fixed snare placed on the tip of the endoscope through grasping forceps.

Figure 9 The irrigation wiper-knife. A: Photo; B: Schema of a needle-knife moving like a windshield wiper (both ends red arrow); C: Schematic representation of the ESD using the wiper-knife. 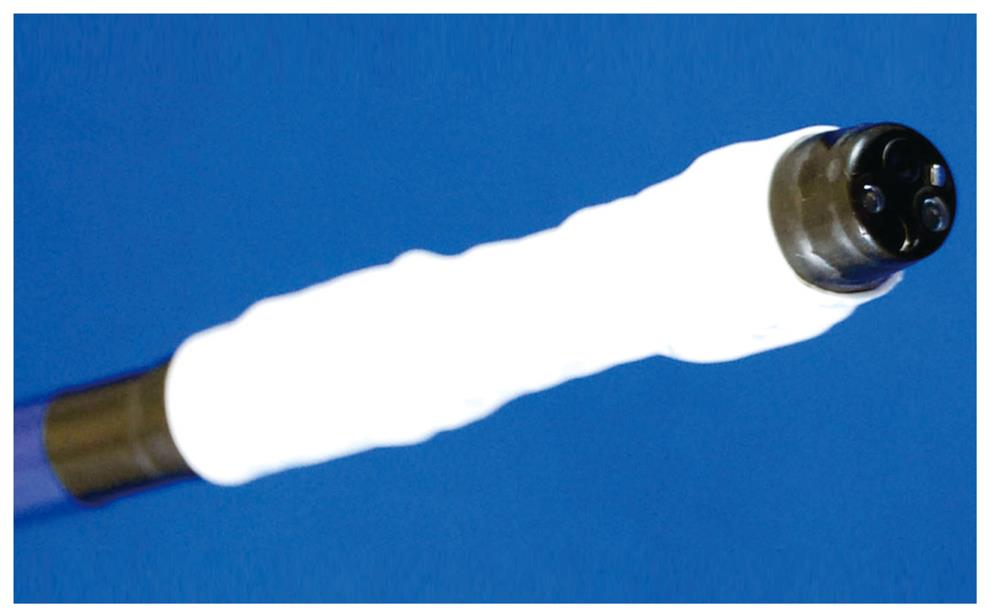 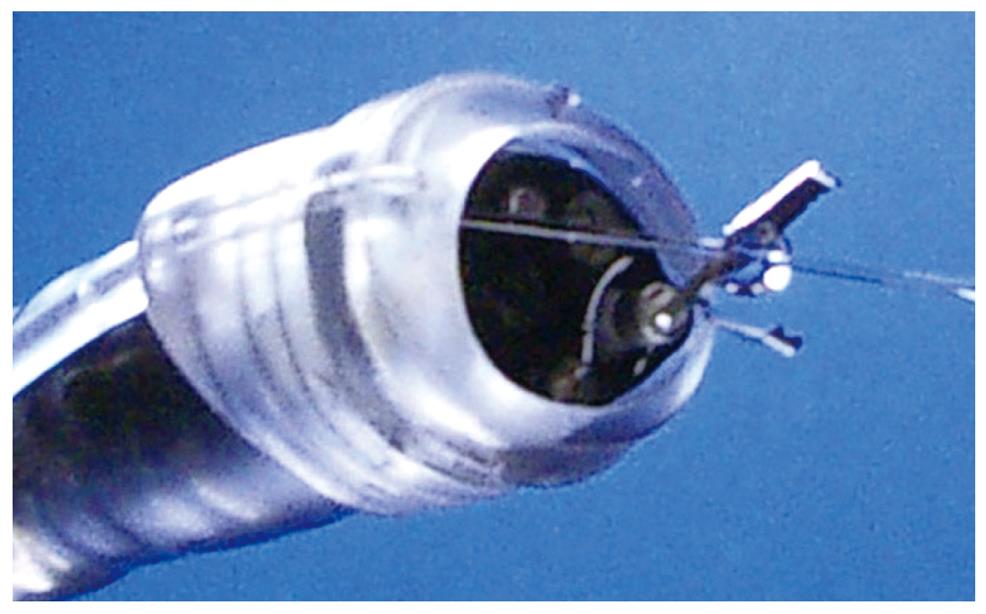 Figure 11 Irrigation cap (Type KUME) placed on the tip of the endoscope through clipping device. 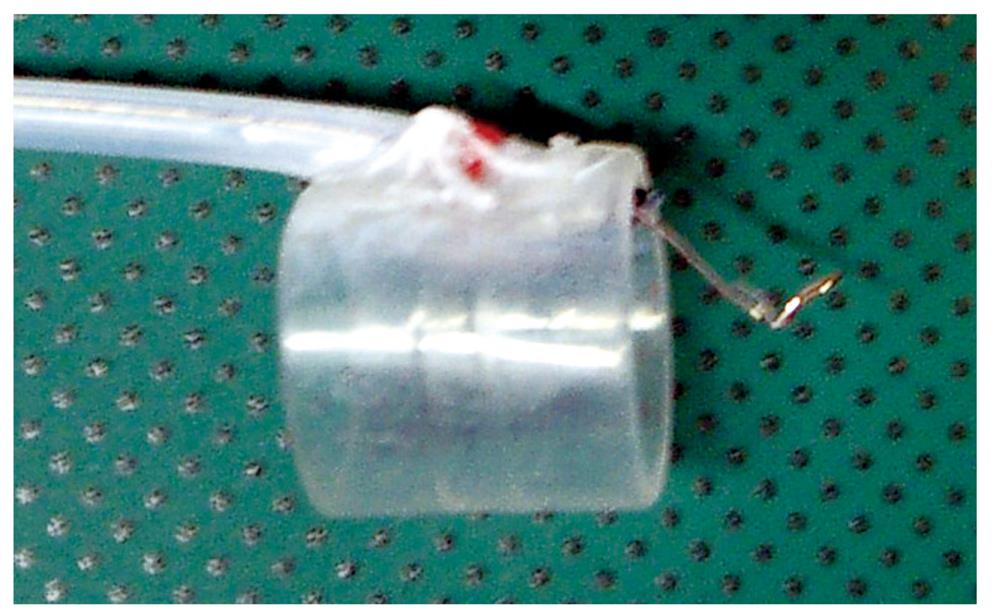 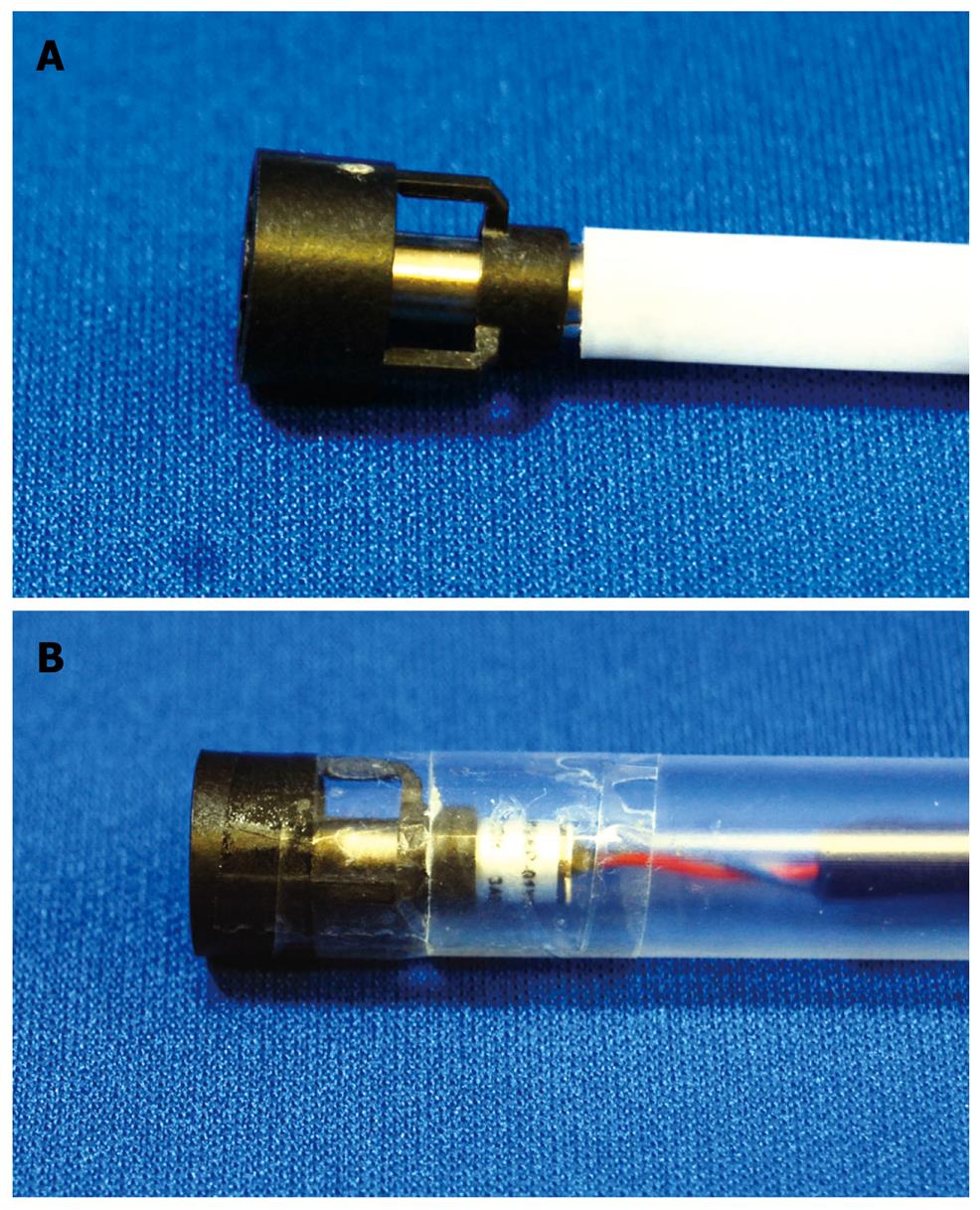