Patients with cirrhosis deemed ineligible for liver transplantation are usually followed in general hepatology or gastroenterology clinics, with the hope of re-evaluation once they meet the appropriate criteria. Specific strategies to achieve liver transplant eligibility for these patients have not been studied.

This is a retrospective study of patients with cirrhosis considered non-transplant eligible, but without absolute contraindications, who were scheduled in our transitional care liver clinic (TCLC) after discharge from an inpatient liver service. Transplant candidacy was assessed 1 year after the first scheduled TCLC visit. Data on clinical and sociodemographic factors were collected.

Core tip: Being declined as a liver transplant candidate is not always an irreversible decision, but there is limited information about predictors for eventually achieving liver transplant eligibility. This study shows that among patients who were found not to be transplant candidates, those who presented to their post hospital discharge liver clinic appointment with family and friends had a higher chance of liver transplant eligibility within one year. This finding suggests the importance of engaging family and friends in the complex care of patients with cirrhosis.

The limited supply of donor livers necessitates careful selection of potential liver transplant candidates by institutional transplant recipient review committees. Each institution has different criteria for listing patients with cirrhosis based on medical, social, and economic factors, some of which remain controversial[1-3]. Patients considered to be unsuitable candidates for liver transplantation are often followed by their providers with the hope of candidacy reassessment once they fulfill the appropriate medical and psychosocial criteria. There is limited literature on specific strategies to achieve liver transplant eligibility for patients with cirrhosis who are initially declined.

Few studies have looked at causes of liver transplant ineligibility among patients with cirrhosis. A single center study found that after initial transplant referral, patients were often declined because they were too well, had co-existing medical contraindications, or needed addiction rehabilitation[4]. Another study found that patients who were declined for non-medical reasons often did not meet the minimum alcohol abstinence requirements and lacked social support[5]. These barriers to liver transplantation are often challenging to overcome, and it can be difficult to determine which patients would be able to achieve the changes needed to become suitable candidates.

This is a retrospective study of discharged patients whose first TCLC visits were scheduled between March 2015 and December 2015, with follow up through December 2016 at a single tertiary academic center. Patients were included if they had cirrhosis, were not considered liver transplant candidates, were discharged from the liver inpatient service, were alive but not hospitalized at the first scheduled TCLC appointment, and were not seen by an outpatient hepatologist or gastroenterologist at another institution. Patients were excluded if they had received a liver transplant previously or within 90 days of the hospital discharge prior to the first TCLC visit, if they were on hospice within 90 days of that discharge, if they were older than 70 years, or if they had an irreversible contraindication to liver transplantation. Transplant listing was assessed 1 year after the first scheduled TCLC encounter. Charts were reviewed for demographics, clinical data, previous liver care, show rate at first TCLC visit, whether they were accompanied by family or friends during the first TCLC visit (being accompanied was not asked or required), and liver transplant listing at 1 year. Yale University Institutional Review Board approval was obtained.

Statistical analyses were performed using student's t-test for numerical data and chi-square test for categorical data. The statistical software package SPSS for Windows (SPSS Inc, version 25) was used to analyze the data, and P < 0.05 was considered a significant difference. 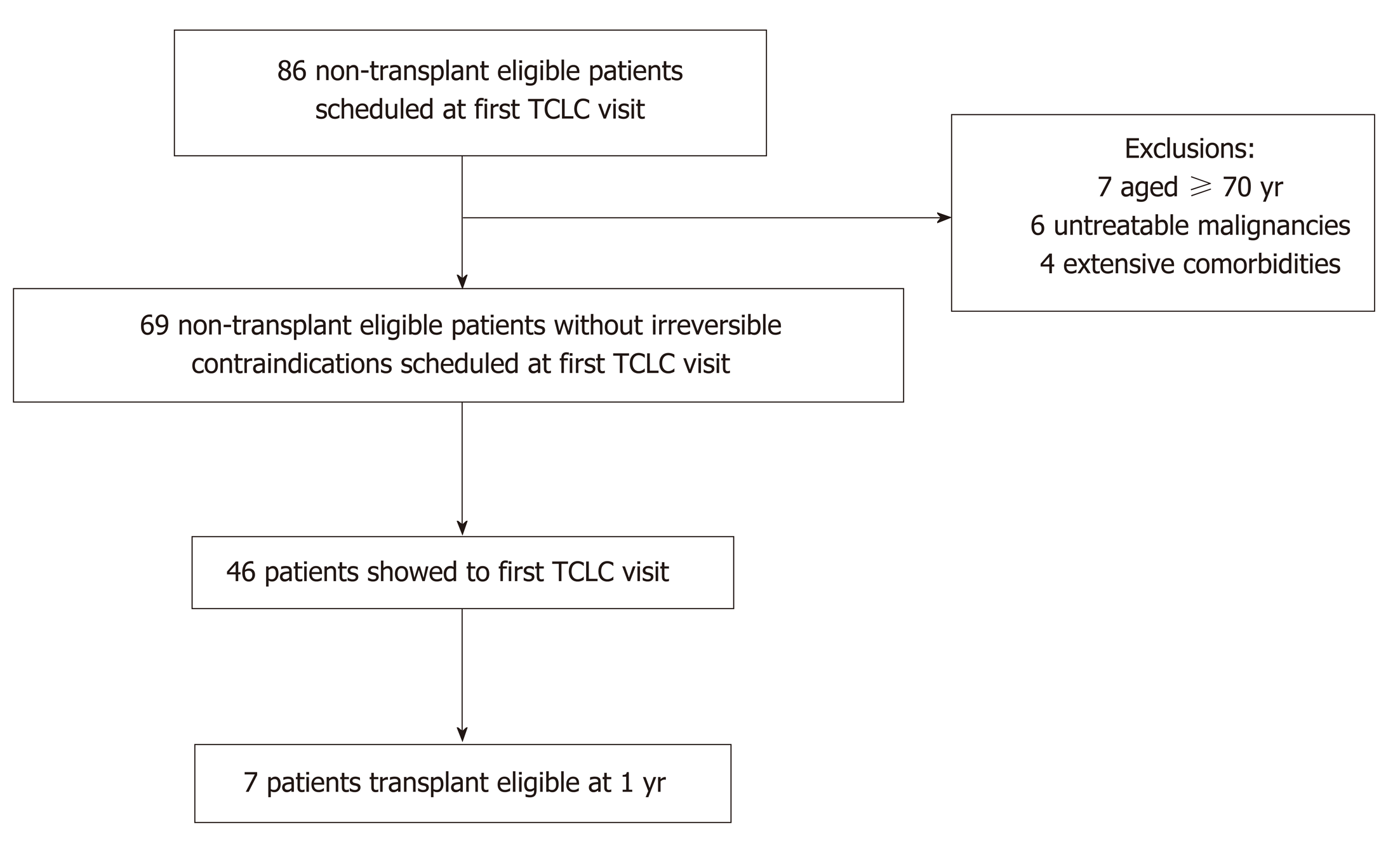 Figure 1 Number of patients who met study criteria, who showed to the first transitional care liver clinic (TCLC) appointment, and who became transplant eligible at 1 year.

The observed correlation of transplant eligibility at 1 year with being accompanied by family or friends at the first transitional liver care clinic is significant and should be explored further in future studies. We do not suggest that having someone come with a patient to clinic is sufficient for transplant eligibility, but rather consider it a potential marker of the support available at home, which is especially important for transplant centers such as ours that require a strong support system. Involvement of family and caregivers at a visit may help them understand the patient’s liver disease as well as the barriers that preclude transplantation, allowing for better care of their loved ones at home. Many of these patients with decompensated cirrhosis and psychosocial issues likely face challenges caring for themselves and fully understanding all content discussed at a liver clinic visit - over half of our study patients had hepatic encephalopathy and were single. It is also plausible that follow up in TCLC with family members who know the patient enabled physicians to identify and provide appropriate resources for addressing specific psychosocial issues. More research is needed to identify and to support patients deemed ineligible for liver transplantation because of psychosocial reasons, with the hope of achieving transplant eligibility.

The limitations of this study are that it is retrospective with a small sample size at a single tertiary academic center. However, the patients in all groups had similar characteristics and were evaluated at a single liver transplant center which allowed for consistency in the assessment of transplant eligibility. An advantage of our study was that it included a high-risk population consisting of predominantly unmarried men with decompensated alcoholic cirrhosis who had been mostly declined for active alcohol and substance use as well poor social support. Six of the 7 patients who became transplant eligible at 1 year had one of these significant barriers.

While these findings suggest that patient and family engagement after hospital discharge may predict future liver transplant eligibility for those initially considered unsuitable, we should continue to advocate for liver transplant evaluations for all patients provided that there are no absolute contraindications.

We were motivated to pursue this project so that the field may have a better understanding of the clinical and sociodemographic factors that may predict future liver transplant eligibility for those initially considered ineligible.

The objective of our study was to assess clinical and sociodemographic factors associated with one-year liver transplant eligibility among patients with cirrhosis seen in a transitional care liver clinic who were considered unsuitable transplant candidates but did not have absolute contraindications.

This study reinforced the importance of investigating the long-term outcomes of patients with cirrhosis who are declined for liver transplantation. Given our small study population and known variations in transplant listing policies at each institution, larger multi-centered prospective studies are needed.