METHODS: Ten capsule endoscopy cases of small bowel lesions were administered to the readers. Gold standard findings were pre-defined by gastroenterologists. Ten gold standard “targets” were identified among the 10 cases. Readers were given a 30-min overview of Rapid Reader software and instructed to mark any potential areas of abnormalities. A software program was developed using SAS to analyze the thumbnailed findings.

CONCLUSION: A panel of medical students with minimal endoscopic experience can achieve high sensitivity in detecting lesions on capsule endoscopy. A group of novice readers can pre-screen recordings to thumbnail potential areas of small bowel lesions for further review. These thumbnails must be reviewed to determine the clinical relevance. Further studies are ongoing to assess other cohorts.

Capsule endoscopy is a new diagnostic procedure developed for the complete examination of the small intestine through video images transmitted from an ingestible camera[1-3]. Briefly, the PillCamTM capsule endoscopy and diagnostic imaging system (GIVEN Imaging, Yoqneam, Israel) is a commercially available system consisting of three major components: PillCamTM capsule which captures images and transmits digital pictures (at 2 frames/s) over an 8-h period, sensor array and data recorder, which receives and records the data transmitted from the PillCamTM capsule and RAPIDTM Workstation, which is used to initialize the data recorder and to download and process the raw data from the data recorder[4,5]. The processed information, composed of approximately 50 000 still images collected over an 8-h period, can be reviewed as a continuous video stream. The reported time range typically needed for a complete review of a single capsule endoscopy recording case is anywhere from 50[6,7] to 120 min[8].

Numerous studies have now demonstrated that the sensitivity and specificity of capsule endoscopy are advantageous over the traditional diagnostic methods of small bowel lesions[5-7,9-11]. Capsule endoscopy may also reduce total medical utilization and costs as well as improve patient’s quality of life in certain circumstances[12].

One feature that can affect the diagnostic yield of capsule endoscopy is the image analysis process, i.e. the ability of the person reviewing the images (reader) to accurately detect significant lesions and interpret the findings. This process is time consuming and requires individuals to focus their undivided attention viewing the large number of images.

Currently, the process of capsule endoscopy image analysis has not been standardized with respect to the selection and training of individual readers, determination of the gold standard to which findings are compared to assess sensitivity and false positive rates or reporting of findings and diagnoses. Unfortunately, these important issues have not been well studied previously. Studies of inter-observer variability have been limited to anecdotal reports between 1 and 4 different readers[13-20,23,24]. Furthermore, since capsule endoscopy image analysis is a time consuming process, the arduous process of image recognition and analysis is often delegated to individuals having received minimal pre-training with little consideration of their ability to achieve competency in reading capsule endoscopy recordings. A survey was conducted at the 2003 Given International Capsule Endoscopy Conference and found that 82% of gastroenterologists reported that they are the first readers to interpret the capsule endoscopy recordings, while 18% use a resident physician assistant and/or nurse to interpret the capsule endoscopy recordings first[21].

The novice capsule endoscopy readers consisted of a group of ten 4th year medical students with minimal endoscopic background from David Geffen School of Medicine at UCLA (Los Angeles, CA, USA). All the participating medical students signed an informed consent agreement as approved by the local institutional review board.

The gold standard for the true positive findings was pre-defined by the two gastroenterologists (over 150 capsule endoscopy cases each at the time when this study was started) who independently reviewed all the available data for each of the 10 recordings, including pertinent medical history; previous endoscopic, radiologic and surgical examinations; the complete 8-h capsule endoscopy recording. The experts’ consensus of positive findings was used to calculate the sensitivity and false positive measures for each individual reader as defined below. Ten gold standard “targets” were identified among the 10 cases. We did not include any negative findings in this study because our aim was to evaluate the readers’ ability to detect positive findings. However, the readers did not know that there was at least one gold standard finding per case.

Each reader reviewed the entire 8-h recordings for all 10 cases to localize the thumbnailed significant lesions within the small intestine. Significant upper and lower gastrointestinal lesions could be detected by capsule endoscopy, but the lesions of esophagus, stomach, and colon were not analyzed. Presumably, lesions in these areas were detected during routine endoscopic evaluation.

The readers analyzed the 10 recordings in a consecutive order over a 30-90 d period. They were also asked to record how long it took for them to interpret each case and were told to use a cautious and highly inclusive approach, while interpreting the capsule endoscopy recordings in order to minimize the chance of missing any clinically significant lesions. All findings identified by each reader were marked, thumbnailed and annotated using the Rapid Reader software program (GIVEN Imaging, Yoqneam, Israel). The readers were given a 30-min overview of the Rapid Reader software and instructions for thumbnailing. Active gastrointestinal bleeding was often detected by the Suspected Blood Indicator program (two capsule endoscopy cases we used had active gastrointestinal bleeding lesions); however, we did not allow the readers to use the Suspected Blood Indicator program on the Rapid Reader, since we wanted to assess the readers’ true abilities to detect the lesions on capsule endoscopy recordings. Furthermore, we felt that active bleeding lesions on the capsule endoscopy recordings should be easily and consistently detectable by the readers.

The time series for each case was divided into time intervals using the PROC MIXED procedure in SAS (SAS Institute Inc., Cary, NC, USA). Within each time interval, it was noted whether or not each reader had at least one finding. For a given time interval size, a time interval could be designated as being in a true problem area (part of the time interval was in the “gold standard” area for that case) or not. Each time interval could also be designated as having a “finding” or not, where the “finding” was yes if X/10 readers had a finding in that time interval. X was the reader’s threshold. Reader’s threshold was defined as the minimum number of readers out of all the readers who had to have a finding in a given time interval in order to consider it as a true positive finding (namely a true problem area). The clinical implication of the optimal time interval size and reader’s threshold analyses was that this method could inform the capsule endoscopy readers, where the time series and the thumbnailed findings occurred the most. Therefore, the readers would know to which parts of the capsule endoscopy recording they needed to pay extra attention during the image analysis and review process. This is especially important and perhaps shortens the time needed for the gastroenterologists reviewing the thumbnailed findings of the screeners (in this case, the novice readers).

Based on the gold standard findings, 10 targets were specified in the 10 recordings used in this study (Table 1). The average time taken by the readers to interpret each case was 118 min. The overall sensitivity among the 10 readers was 0.80 (80%) for time interval size of 20 s. All findings were detected in 6 out of 10 readers. On a case level, the gold standard finding was identified by all the 10 readers in case #2 but only 5 readers for case #6. The individual reader sensitivity ranged between 60-100%, with reader #8 achieving 100% sensitivity, while reader #5 achieving only 60% sensitivity (Table 2). The readers were able to identify all the gastric, duodenal, and cecal images accurately. The number of incidental false positive finding ranged from a minimum of 8.2 in reader #1 to a maximum of 59.8 in reader #10 per recording (Table 3). By case, the number of incidental false positive findings ranged from 12 in case #9 to 40.1 in case #5. Intraclass correlation varied with case, but seemed to increase with increased time interval size. The overall intraclass correlation was <0.40 but cases #2 and #9, being low compared to fair agreement (Figure 1). 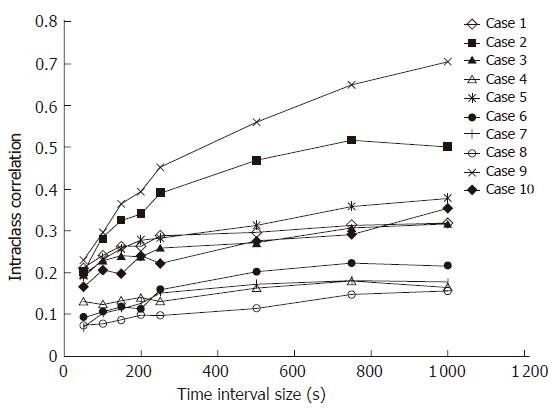 Figure 2 Average (A) and maximum (B) incidental finding/false positive rate across 10 cases by reader’s threshold and time interval size.

Inter-observer variability in analyzing capsule endoscopy recordings has been studied by Levinthal et al[14]. The combined sensitivity of the group of novice readers from our study is comparable with the result achieved by Levinthal et al[14]. In another published series, inter-observer variability was evaluated by comparing the interpretation results on 20 capsule endoscopy cases of an attending gastroenterologist and a 4th year therapeutic endoscopy student who has reviewed 15 capsule endoscopy cases prior to the participation of this study[15]. The authors found that there is a complete agreement between the two readers in 18/20 cases. Nonetheless, this study only compared the clinically significant findings and did not report the number of incidental/false positive findings.

Analyzing capsule endoscopy recordings requires a significant time commitment from the gastroenterologist. As a result, a few studies have investigated the potential of using physician extenders to serve as screeners for interpreting capsule endoscopy images. The results from our study showed that novice readers could achieve a high sensitivity in capsule endoscopy analysis when their results were combined as a group. Therefore, to analyze the same capsule endoscopy recordings by multiple novice readers may be the most effective and accurate method for detecting all significant lesions on capsule endoscopy. This is especially important because some lesions may appear in a single frame and could be easily missed by a single reader. An analogy to this method is the airport luggage screening process, in which the luggage is screened through the X-ray/CT scanners, whereby the television screen is monitored by “highly trained” individuals who detect the “high risk items” (analogous to lesions). Suspicious bags are subsequently re-X-rayed and screened by several individuals and then high-risk items are manually inspected (analogous to endoscopy, push enteroscopy or surgical investigation).