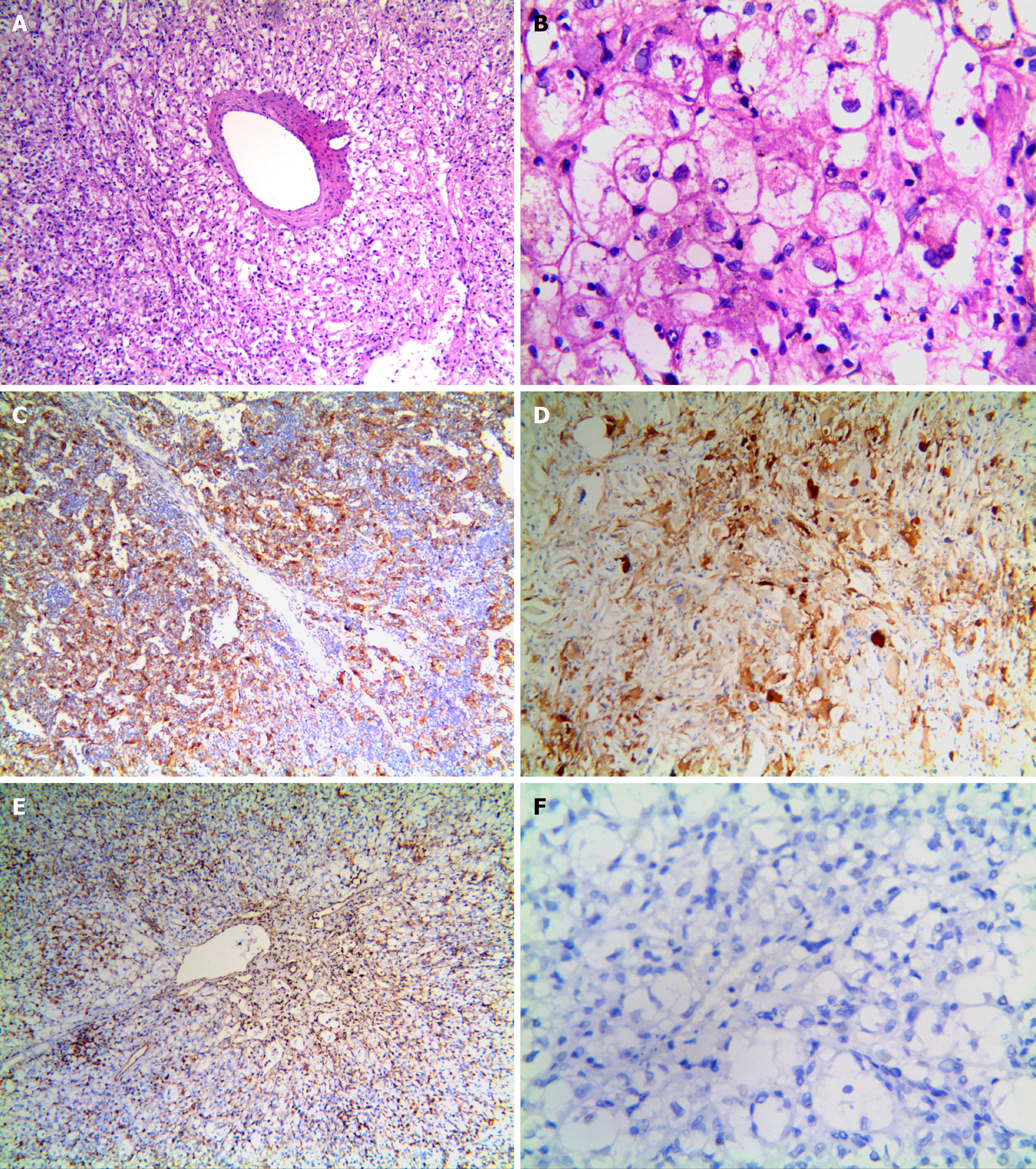 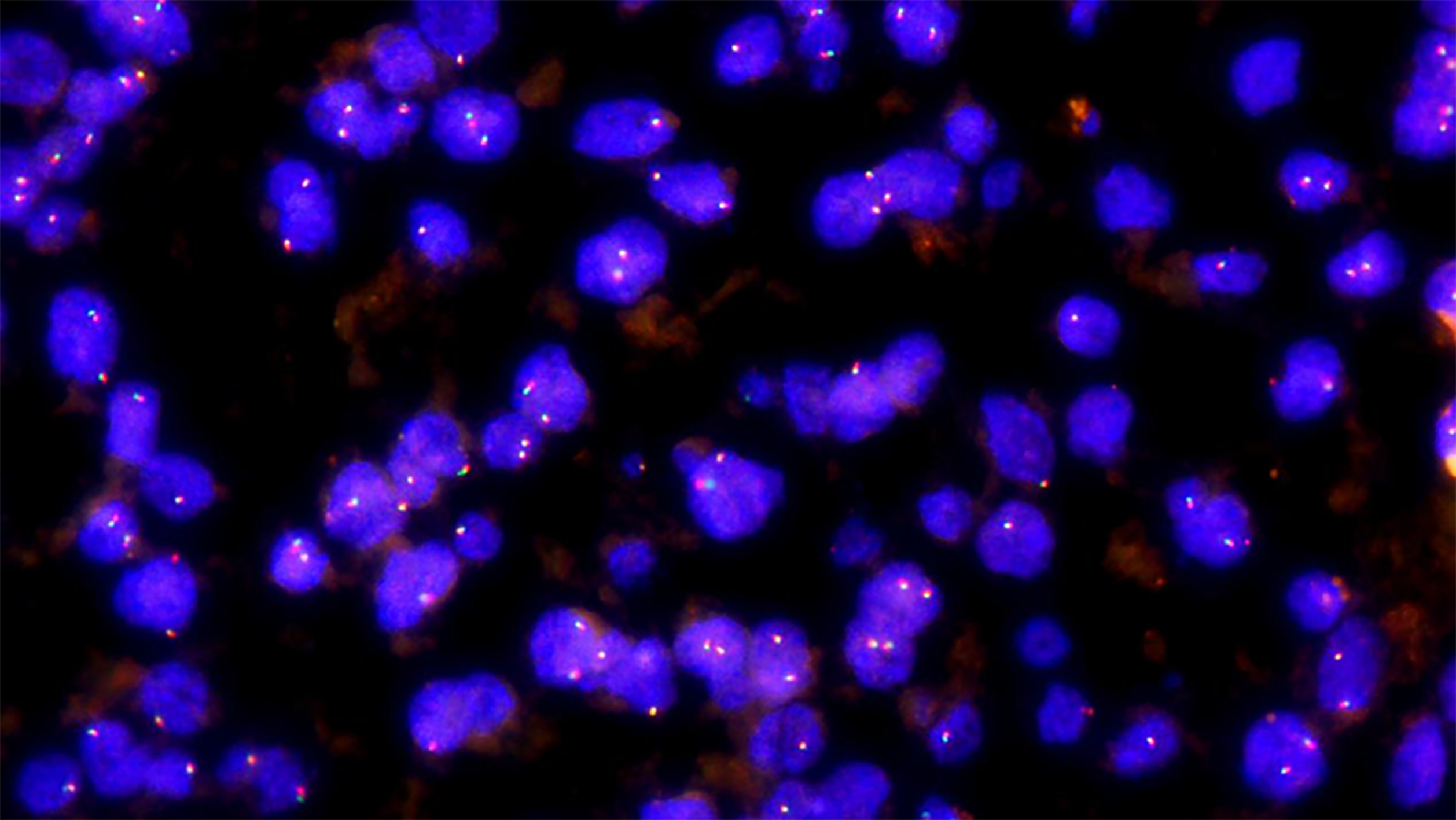 Figure 3 FISH detection of TFE3 gene break-apart in hepatic PEComa. Most of the tumor cells show fused (yellow) signals, and the distance between the red and green signals is less than 1 fusion signal. For each sample, 100 cells were counted. Only less than 10% of tumor cells showed break-apart signals (magnification, 1000 ×).